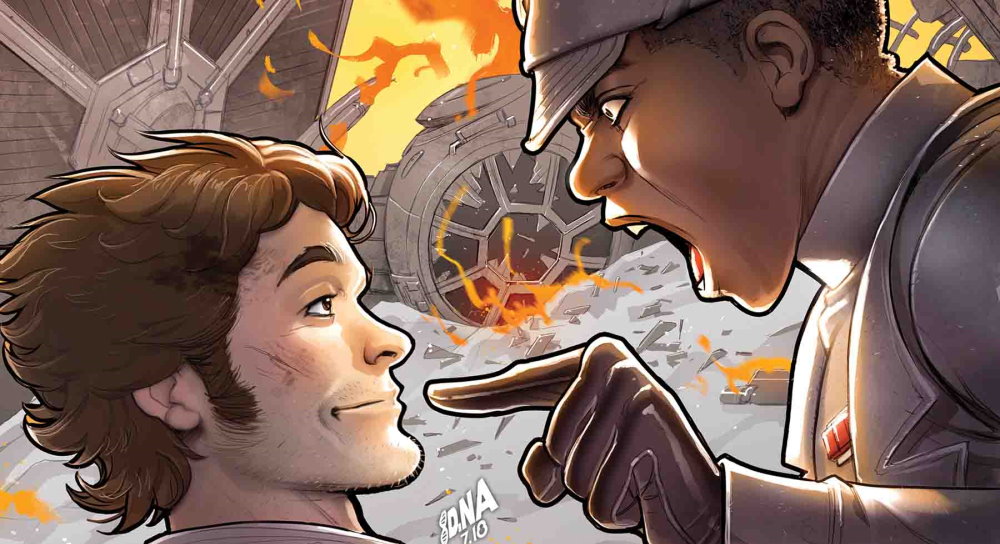 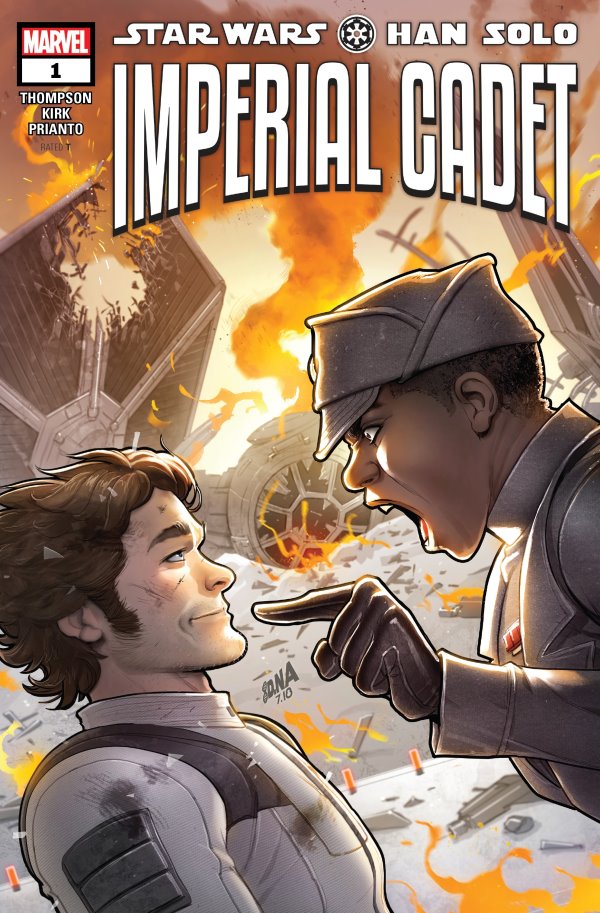 But how does a thief used to the chaos of the streets adjust to the order and discipline of the military?

Han’s dream of becoming a pilot is quickly grounded as he realizes he may not even survive basic training!

Within Solo: A Star Wars Story we saw a young and heartbroken Han run from Corellia into the loving arms of the Imperial Navy to become the “best pilot in the galaxy”. We then cut to him being very much in the infantry after being removed from the navy due to bad behaviour. Han Solo Imperial Cadet will tell us this tale over five issues and reveal to us some of the finer details of life within the Empire, all told with the wit and charm of the galaxy’s most famous scoundrel.

We kick off with a retelling of the opening act of Solo, the separation of Qi’ra and Han and the reasoning behind his flight to the Empire and his journey to the Imperial Navy Academy on the planet Carida. Within a few panels we are thick into the action of the training and unsurprisingly Han’s, or cadet 124-239, mouth gets him into trouble with his superiors and fellow cadets.

The first issue quickly introduces the other characters joining Han for the ride, two likeable and chatty twins from Boiyuh, the elusive Kanina and the classic high school bully in the unnamed 404-913 who yearns to beat the smack out Han as his mouth gets them all into trouble.

As it begins, I can’t help but feel I’ve read this story before, the cheeky lad and his two friends, the mysterious ally and the jock who just wants to be the best. It’s very American high school under the tone and harshness of the Empire so the story does lack in uniqueness so far, though I must say the mirroring of the first and final page was very clever.

The writing is backed up with some fabulous art, the final few frames depict an exciting TIE fighter chase which is both easy to follow and eye popping, the pathetic fallacy of a rain drenched and miserable Han is also beautifully coloured and penciled.

So not much to go on yet, but we have quickly left Corellia and have found ourselves deep within Empire territory, I’m hoping that the story will quickly leave the high school tropes and give deeper insight into what makes Han the character we love and give deeper meaning in to Solo: A Star Wars Story.