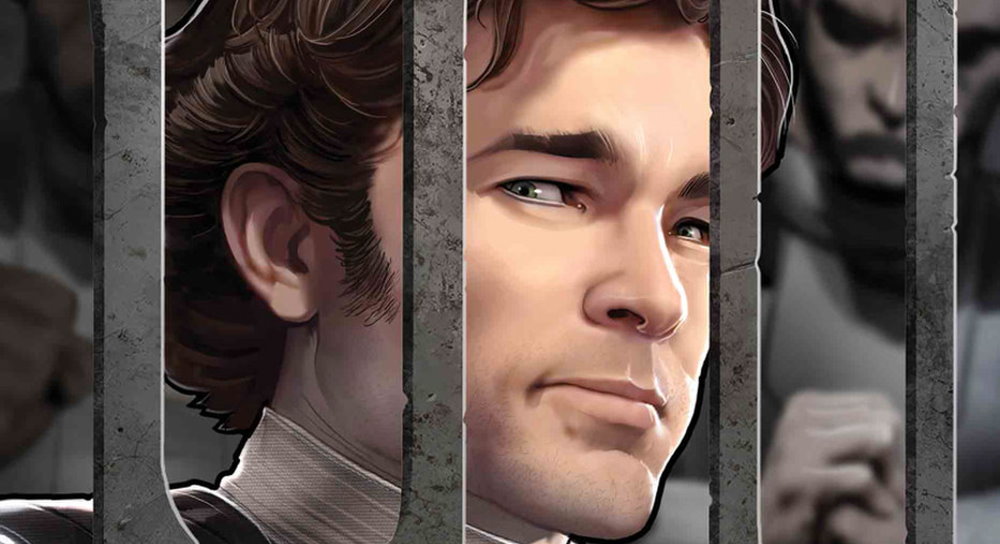 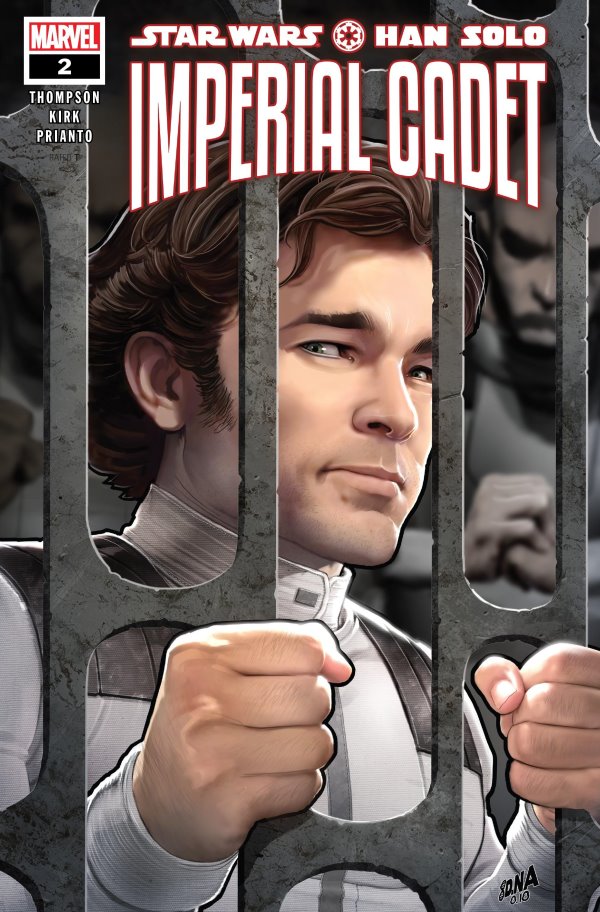 THE HUNTER AND THE HUNTED!

After spending a night in the brig, Han Solo is given one last shot at flight school…Will Han be top gun, or we he crash and burn?

Crash and burn if one his top competitors gets his way!

The mysterious rival is tipped from the pages of classic Star Wars comics!

After his daring attempt to escape in a stolen TIE fighter it is no surprise we open up this second issue to find Han Solo spending his fifteenth day in the academy prison. However, it is his skilled flying during this failed attempt that keeps him breathing as Imperial Officer Yurib gives him one more opportunity at life in the academy.

Reunited with his new friends Han soon finds himself in the thick of the action as we see a little more of what life would was like within the Imperial Academy. Activities include deep sea diving, lectures and parachuting. However, Han only excels at two things, flying a TIE fighter and intensifying his rivalry with the cadet 404-913 as everything comes to head with a team based activity…

In this issue the story is starting to be released from the constraints of scene setting and the characters are able to breathe a little more as they start to come into their own and therefore this issue reads a lot better than the previous. Though the high school drama continues with a canteen fight…

Robbie Thompson does excel at one thing though; he is able to capture the fun of Han Solo and is backed up with some wonderful art work. Han’s palpable joy when flying is deliciously portrayed and leaps from the page, it is truly like you’re with him in the cockpit as he swoops and dives across the pages.

This is the saving grace of the comic, the story may not be the best, but it’s a fun read and Star Wars can sometimes be taken a little too seriously. This? Not one bit. It’s pure escapism and with that outlook this comic series can be enjoyed. Just don’t expect anything groundbreaking to Han’s story, at least, so far…