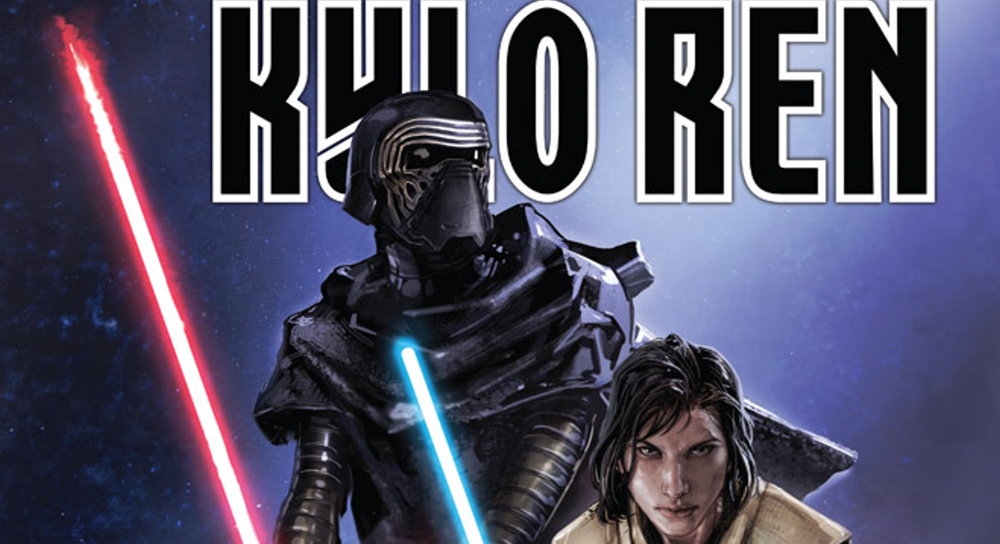 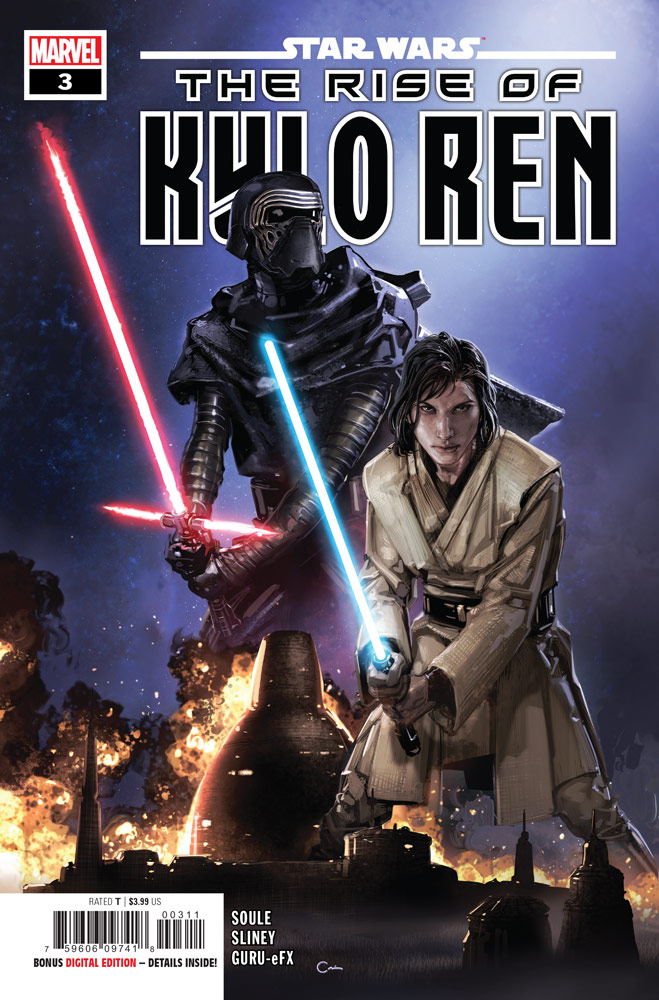 Soon, BEN SOLO’S path will end in a place of fire and blood, and a shadow will rise to take his place. He is with the KNIGHTS OF REN now, and they will welcome him, if he can pay their price.

But before that destiny is fulfilled, a battle must be fought at an ancient JEDI Outpost on the planet ELPHRONA – between Ben and those who know what he could have been… and fear what he might become.

Everyone here is afraid – Ben Solo most of all!

Set some time prior to the events of The Force Awakens, Ben Solo has travelled to Varnak, in the Mid Rim, hoping to meet and join the Knights of Ren. The Knights, led by a charismatic masked figure called Ren, deliberate on allowing Solo to join them. The price? A good death.

The action switches back to Elphrona where Ben’s fellow apprentices have tracked him – intent on destroying him. Ren wants to know all about the deaths of the three students so Ben starts way back, back when he was a youngling and Master Luke looked much as he did following the destruction of the second Death Star.

A group lesson sees Ben, Voe, Tai and Hennix attempting to use the Force to levitate rocks. Time passes and the competition between Ben and Voe is unwavering.

We see a younger Hennix who clearly sees the Force as a puzzle – something to be solved. If Voe was the brawn and Hennix the brains, Tai was definitely the philosopher of the trio and we get to see the relationship between Ben and each of them set years before.

So, years down the line when the four meet in battle, Ben triumphs, killing Hennix and he appears to do the same to his contemporaries, but as the chapter draws to a close and Ben is allowed to ride with the Knights of Ren, we discover Tai and Voe survived and are now on the trail of the man who will become Kylo Ren.

This chapter plays out as a trial of sorts, testing Ben to see if he is ready for the ultimate sacrifice to become what he believes he should be and sets up a finale that will undoubtedly see him fall to the dark side, turning his back on Luke Skywalker and the Jedi order.