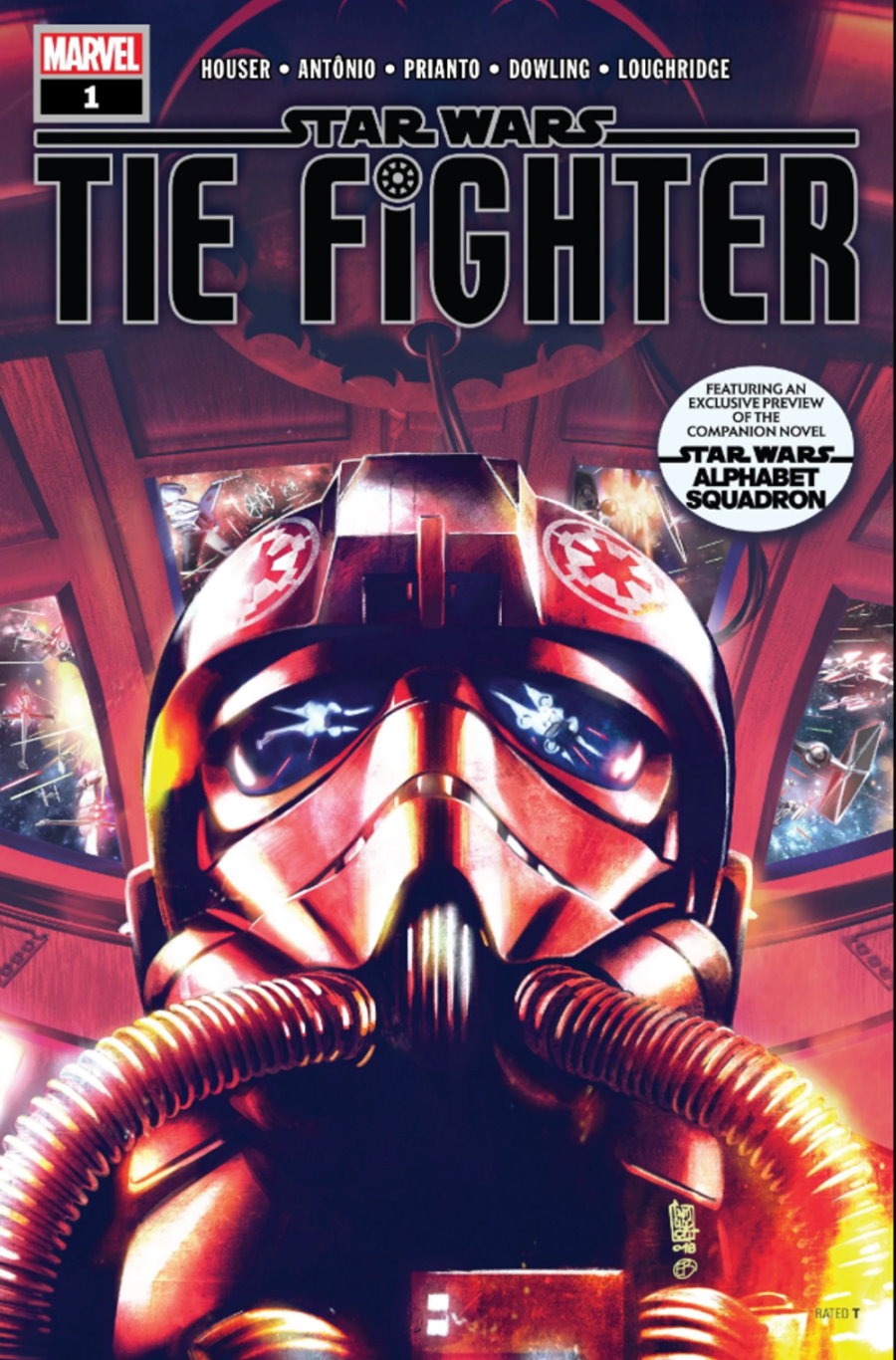 The Empire’s glorious victory at the Battle of Hoth has all but smashed the pitiful Rebel Alliance, whose dwindling forces now scatter and flee before the might of the Imperial war machine.

Soon, peace will be restored to the galaxy and the feared TIE Fighter pilots of SHADOW WING will be the ones to secure victory for the Emperor!

As a Star Wars kid growing up in the 70’s and 80’s, Imperial forces were the faceless, merciless drones of the Empire. Unswervingly loyal, willing to die for the cause (back then we believed most of them were clones) and ready to carry out any command they were a white-clad wall of armour that would win by sheer weight of numbers, let alone their military prowess. Then there were the uniformed officers. Bred for command, raised in noble houses or elevated from the fighting ranks, they bickered and clawed for approval and position, all the while living in fear that their dark master Lord Vader would silently choke their aspirations.

The one segment of the Empire’s military forces that we never gave much thought to was the black suited pilots of the Imperial Navy. With over 4 million TIE Fighters policing the galaxy – the majority without shields of hyperdrives – they were largely expendable, every bit as much as the whitecaps that fell like skittles in comics and computer games of the time. We had grown to know the pilots of the Rebellion, a far more relaxed and informal military organisation that encouraged individuality and heroism, but TIE Fighter pilots were largely unknown.

Star Wars TIE Fighter, written by Jody Houser with art by Rogê Antônio and Michael Dowling flips the usual perspective, showing us the war from the Imperial side and revealing a far less formal group of soldiers than perhaps we’re used to who bicker, banter and quarrel just like the alphabet squadrons of the Rebel Alliance. It takes some getting used to, as the expectation is for the Empire to be far more buttoned up, but last years Solo: A Star Wars Story showed how similar the forces of the Empire are to those of the Alliance, and why not? But for the vital propaganda machine of the Imperial army and navy, the soldiers of the Empire could just as easily be fighting for the rebel opposition.

We join the story deep into the events of The Empire Strikes Back. The Battle of Hoth has seen the alliance flee their hidden base as the Empire push the advantage and squadrons of TIE Fighters – in this case the 204th, better known as Shadow Wing – stamp down their superiority. A stricken star destroyer is a prime target for alliance forces to take and Shadow Wing are diverted to secure the ISD, much to the consternation of its pilots. One squadron surely isn’t enough to protect a valuable prize like a Star Destroyer, and so it proves to be as the story ends.

That’s not all we have, as a second, shorter story opens ‘a few days ago’ (so presumably a few days before the Battle of Hoth?) as a TIE Interceptor chases an A-Wing (and call me old-fashioned but it still bugs me to see A-Wings, B-Wings and Interceptors before Return of the Jedi) before being taken out by a classic TIE/LN. We meet two pilots, see flashbacks to the Battle of Yavin and the destruction of the Death Star and a message sent to who-knows-who.

So not too much to go on in the first issue, but the set up is engaging enough to want to know what happens next and the art by Antônio and Dowling is appealing enough to want to see more. Houser’s writing feels more in tune with these original creations than trying to find the voice of established characters as she intermittently did in the Age of Republic series, and with that more assured balance of confident writing and solid art behind it, this could be one to watch.