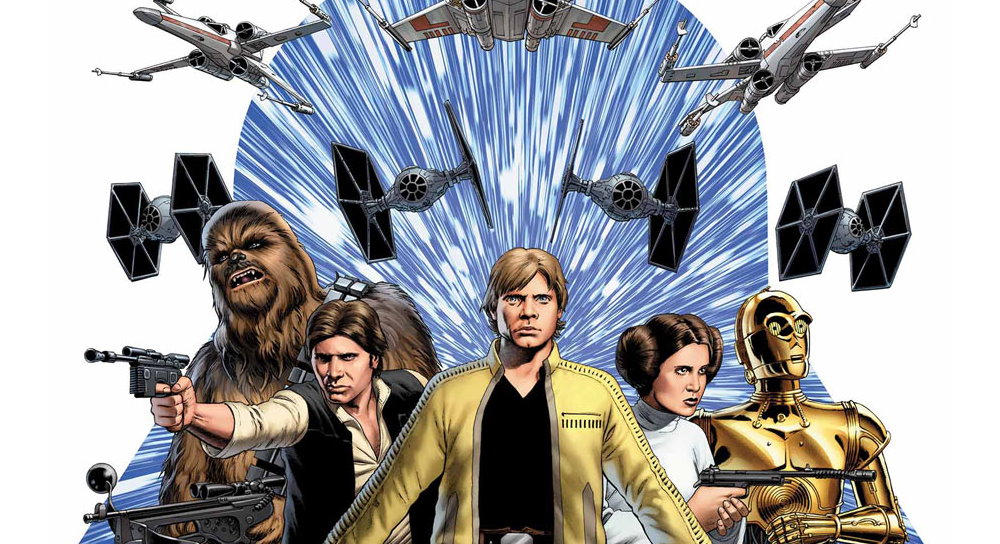 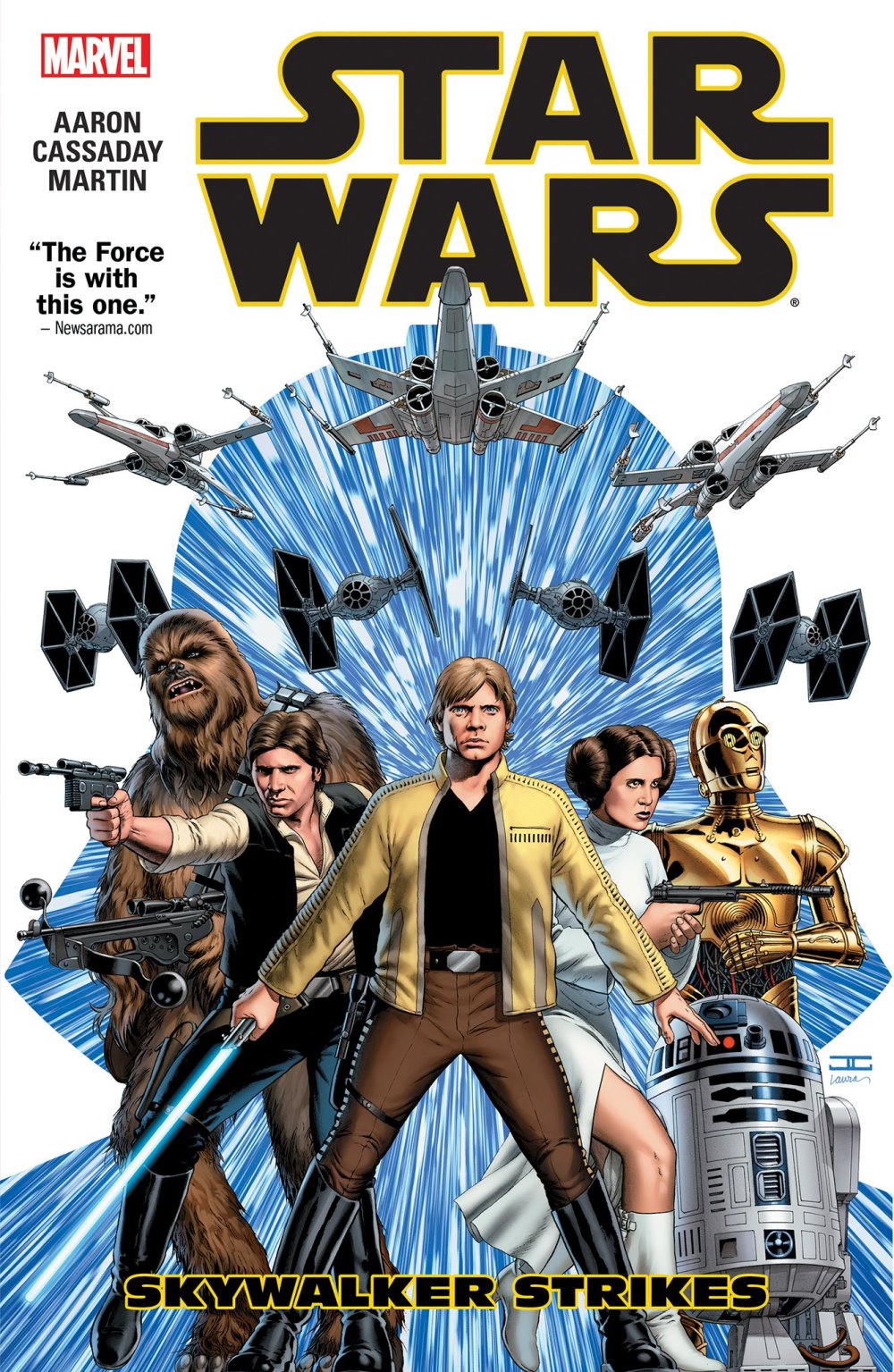 The greatest space adventure of all returns to Marvel!

Luke Skywalker and the ragtag rebels opposing the Galactic Empire are fresh off their biggest victory so far – the destruction of the massive Death Star. But the Empire’s not toppled yet!

Join Luke, Princess Leia, Han Solo, Chewbacca, C-3PO, R2-D2, and the rest of the Rebel Alliance as they fight for freedom against Darth Vader and his evil master, the Emperor!

But when a Rebel assault goes wrong, Han and Leia must think fast to make their escape – while Luke comes face-to-face with Darth Vader! In the explosive aftermath, a humbled Luke returns to Tatooine to learn more about his mentor, Obi-Wan Kenobi.

Meanwhile, Leia and Han undertake a vital – and dangerous – secret mission. But can they succeed without Luke?

Plus: the menace of Boba Fett!

Growing up in the 1970s, Marvel comics played a big part in my life. I have fond memories of Spider-Man Weekly. I’d go with my mum to the local newsagents who would have filed a copy of the comic away in a cabinet. I remember to this day watching them flick through the folders to find my pristine weekly read. 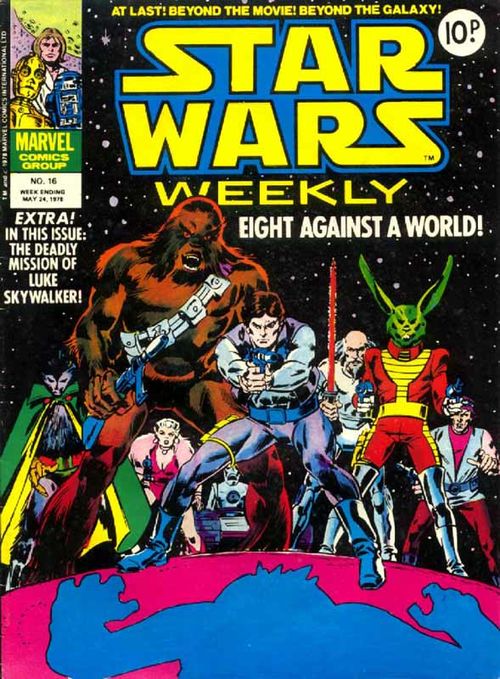 The content was invariably black ink on cream newsprint but the vibrant covers always impressed.

One day in 1978 I was with mum collecting my comic when I clapped my eyes on a new release – Star Wars Weekly, also by Marvel.

We weren’t the wealthiest of folk growing up, so I had to make a choice. Spidey or Star Wars? Bye bye webslinger!

That initial run of Star Wars comics went from weekly to monthly to weekly over an eight year period – chronicling the three original movies and stories between – and beyond Return of the Jedi. It would be 30 years until Marvel would return to Star Wars. In 2016 Marvel released its first Star Wars comic since 1986, and Star Wars Vol 1: Skywalker Strikes compiles the first storyline in that new series.

First of all, the cover looked stunning – and it is reproduced for the compilation here too. It might sound a bit twee but I liked the fact that they dressed Luke in his Yavin ceremony clothing rather than farmboy.

This shows that Luke has evolved as a result of the events leading up to the destruction of The Death Star. It’s a more mature look, more suited to someone who plays a pivotal role in destroying a space station.

The artwork is stunning and the conflict with Imperial remnants believable. I like that Luke is more confident in these adventures, Han is Han and Leia is as bossy as ever.

Not everything goes the way our heroes would like. There’s battles with Vader, AT-AT walkers, speeder bikes, Boba Fett, an instantly dislikeable Imperial Commander by the name of Overseer Aggadeen, and the awkward introduction of Han Solo’s wife!

Skywalker Strikes is evocative of the earlier incarnation of Marvel adventures, but more rounded due to the history we can now pull from.

It was a strong restart from Marvel and helped to boost the comics industry in 2016. Give it a read today to find out why.