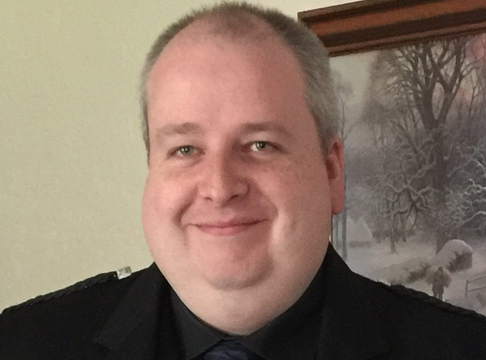 Brian has written for quite a number of Star Wars sites since 1998, his most prominent work being articles for TheForce.net and JediNet.com before joining JediNews.co.uk.  Jedi News was his home as their Literature Editor from April 2013 to July 2017.  Brian left to focus on life outside of Star Wars having become frustrated with elements of the fandom. He used the time to pursue his own interests away from it – something he describes as a life changing period.

Brian has also ran a number of his own sites, most successful being his own Lost website which ran for seven years.   In 2018 Brian will be launching his own Indiana Jones and cult TV and movie news sites which he has been developing since leaving Jedi News.

By day he literally counts sheep, cattle, and hens, well it beats being a bean counter…

He does however deny having ever milked a moof, or herded a nerf.

Brian travelled to Skellig Michael in 2015, and is proud to say he was physically sea sick at the exact spot that Rey meets Luke. Before he knew that Rey meeting Luke there was a thing!

He was the the host of the Star Wars literature podcast, Take Cover for the Jedi News Network with Mark Newbold, and Matt Booker.  Two very close friends he is excited to team up with again for Fantha Tracks.

His ancestor Dr Archibald Cameron was the last man to be hung, drawn and quartered in the UK and was the inspiration for the scene in Braveheart. He fears if he says anything more, he will be next…

He rarely smiles, but takes great joy in people not getting his humour, Planes, Trains and Automobiles (the movie, not necessarily the modes of transport) and of course Star Wars… but most of all he is impressed you read all this!

Brian is an obsessive collector of Star Wars books, comics, and magazines. With a collection extending into the tens of thousands, the more obscure a publication the better.  What isn’t to love about about Yugoslavian Ewok comics…

In October 2017 the concept of Fantha Tracks was born.  A site dedicated to becoming a resource and hub for all that is great about Star Wars.  It’s philosphy for enjoyment, fun, laughter, engagement, openness and diversity of not just content but literally fandom is what excites him.  He looks forward to being a part of the journey.