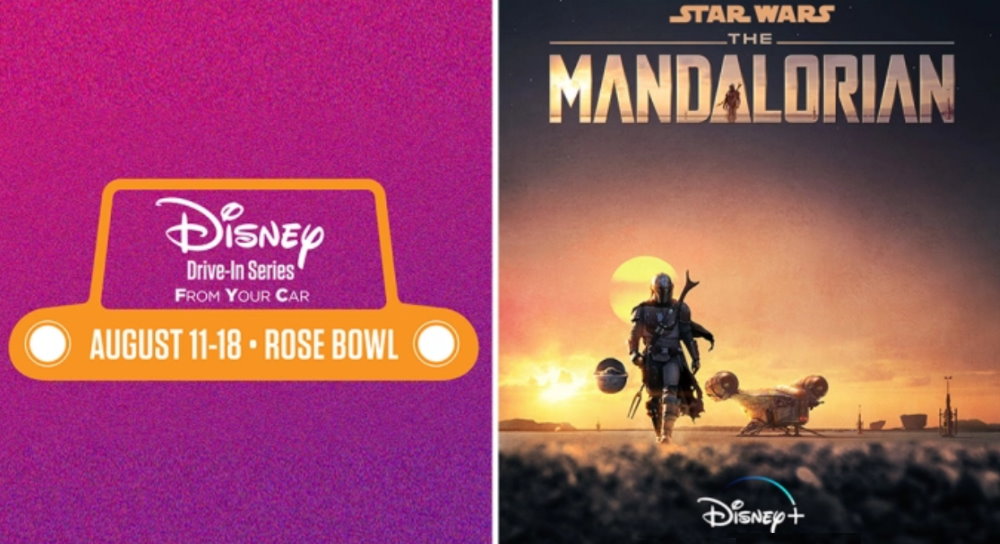 The Disney Drive-In series presented by Deadline that took place last night at the Rose Bowl in Pasadena not only saw a convoy of cars pull in to watch the opening two episodes of The Mandalorian (and receive dinner, a souvenir photo in front of the ‘drive and repeat’ Mandalorian sign, and a Baby Yoda) but also to hear Jon Favreau and Dave Filoni discuss the series as they enjoy their 15 Emmy nominations and countdown to season two in October.

Jon Favreau explained how the whole project got started. 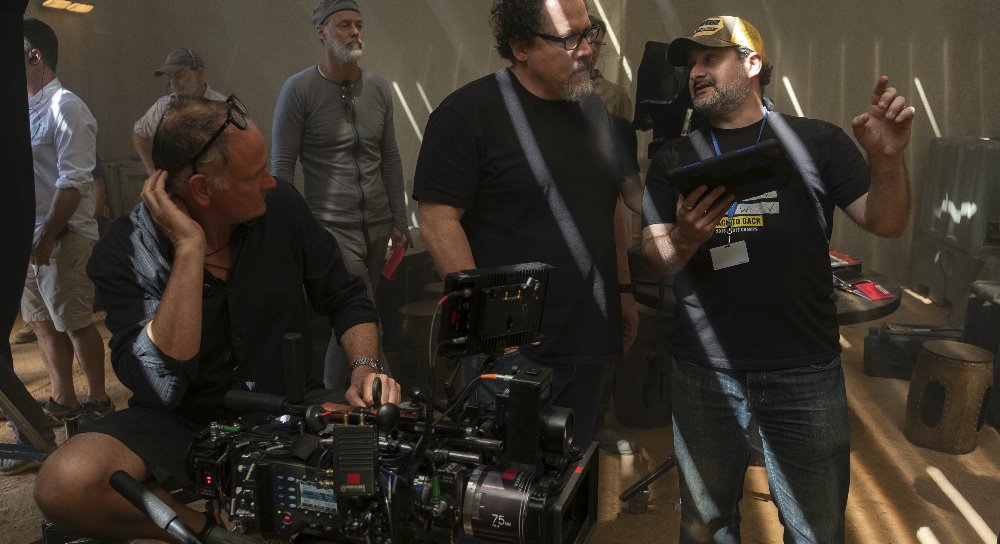 “We wanted to really wind it back to the things that inspired the original Star Wars and really get it small in scale and tell simple stories, because part of what you inherit when you’re going to see Star Wars now is this whole history, because the stories have been told for decades, and it was nice, with the new medium, to be able to start with a new set of characters to introduce a new audience, but we always knew…and this is something I learned from…over at Marvel and working with Kevin Feige, is you always want to keep the core fans in mind, because they have been the ones that’ve been keeping the torch lit for many, many years, but these are also stories for young people and for new audiences.

Dave Filoni also discussed his own switch from animation to live action. 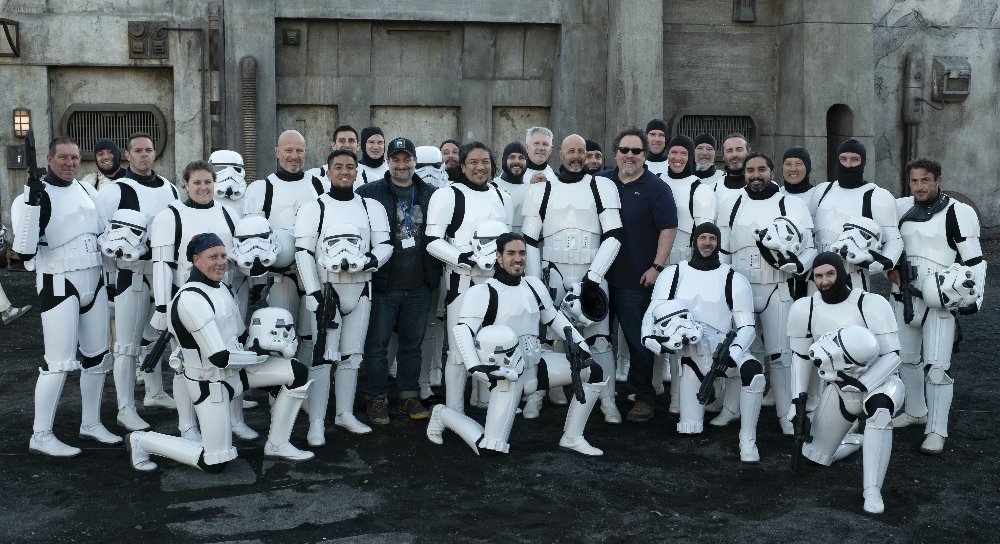 “It’s a shift, for sure, and something that I was interested in for a while. I really got interested in, you know, seeing if I could do it from working with George and listening to his stories and his experience, and from the way he taught me how to, you know, shoot animation, because we were doing it in kind of a virtual sense, as well, with our animation programs that he was creating to tell The Clone Wars, so a lot of what Jon was doing when I saw him shooting Jungle Book, but even more so, Lion King, was very relatable to me as far as technique and technology, from what George and I had been doing in Clone Wars. So Kathy Kennedy and I, we’re always looking for a good bridge for me to try to, you know, change mediums, and this was, to be honest, a very perfect fit and a great environment, and I gained a great mentor and teacher in Jon here to shepherd me through the process of live action.”

Head over to Deadline for the full video.

Lego Star Wars Skywalker Saga - PlayStation 4 Standard Edition
$59.99
Buy on Amazon This is a paid link. Learn More. Clicking the link may take you to the Amazon store servicing your country Price incl. tax, excl. shipping.  Details correct as at: 2021-07-29

American Cinematographer: Season 3 of The Mandalorian is now in production

The Mandalorian brings home the bounty with 24 Emmy nominations

Brendan Wayne on season three of The Mandalorian: “Going back towards the first season of delving deeper into the character”

From A Certain Point of View: What is your favourite season 2 episode of The Mandalorian?

The groundbreaking VFX of The Mandalorian season 2

RUMOUR: Rangers of the New Republic ‘not currently in active development’