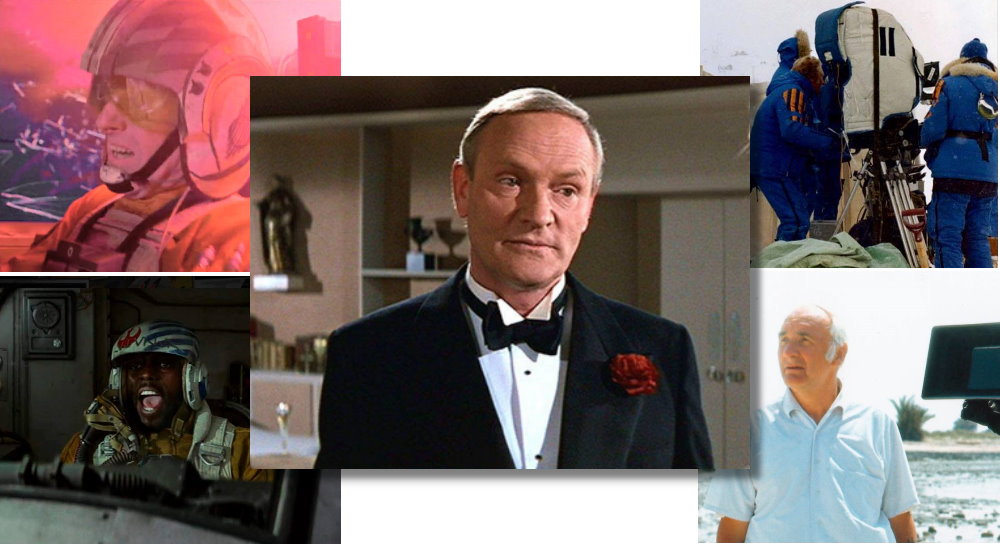 London Film Fair returns on Sunday 18th November and is bringing with it a quartet of Star Wars guests. 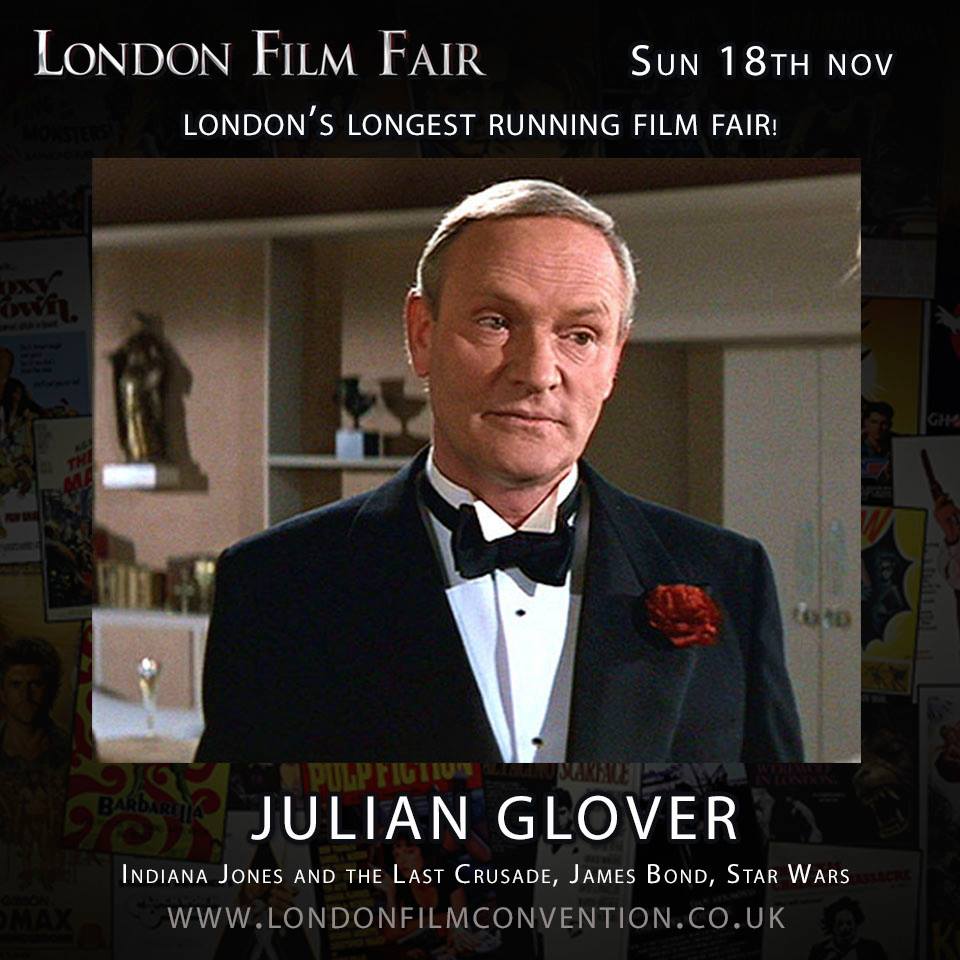 We are excited to announce JULIAN GLOVER as appearing at the next London Film Fair. This event takes place at the Royal National Hotel on Sunday 18th November.

Julian has certainly had a long and varied career, so it’s hard to pick just a few stand out roles to highlight. Here are a few of them: Count Scarlioni from Doctor Who City of Death serial, General Veers from Empire Strikes Back, Kristatos in James Bond: For Your Eyes Only, and Brian Harcourt-Smith in The Fourth Protocol. And of course there was Walter Donovan in Indiana Jones and the Last Crusade, King Gustav in King Ralph, and Grand Maester Pycelle in Game of Thrones. Julian also provided the voice of Aragog the giant spider in Harry Potter and the Chamber of Secrets. 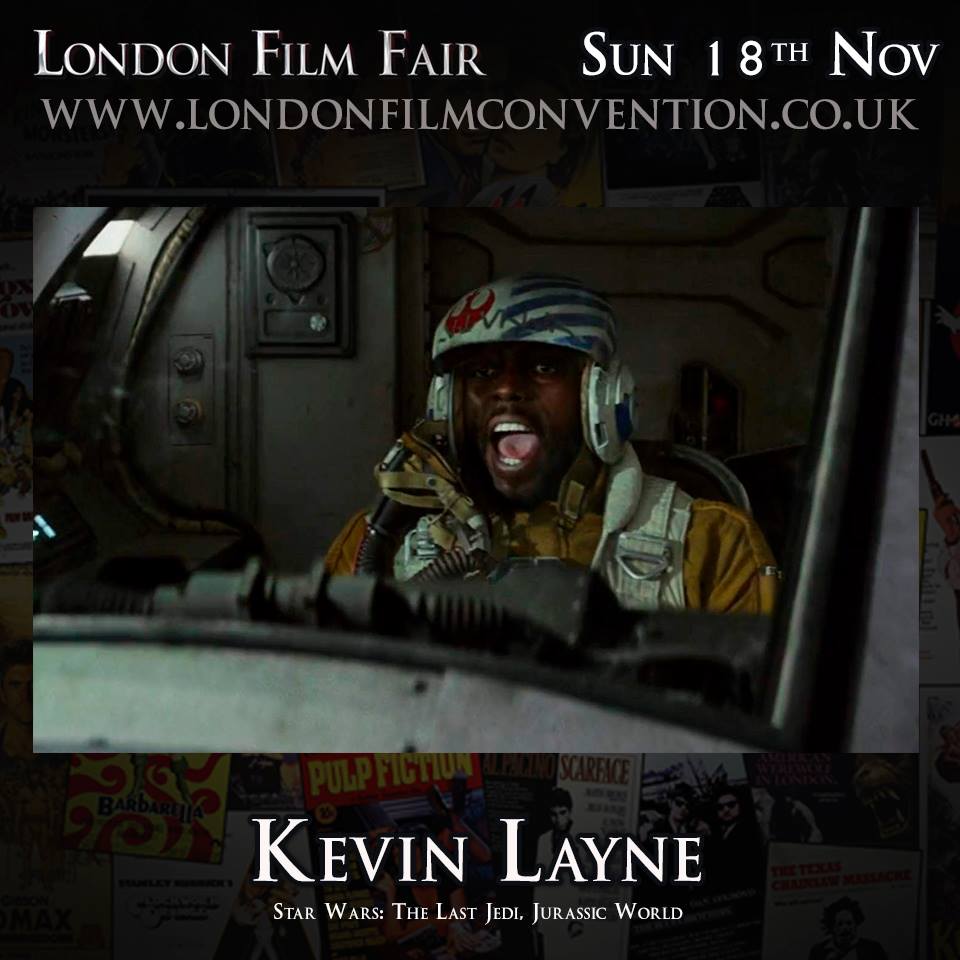 We are pleased to welcome KEVIN LAYNE to the London Film Fair on Sunday 18th November happening at the Royal National Hotel. He played a Resistance Bomber Pilot in Star Wars: The Last Jedi, and a Sub Pilot in Jurassic World: Fallen Kingdom. 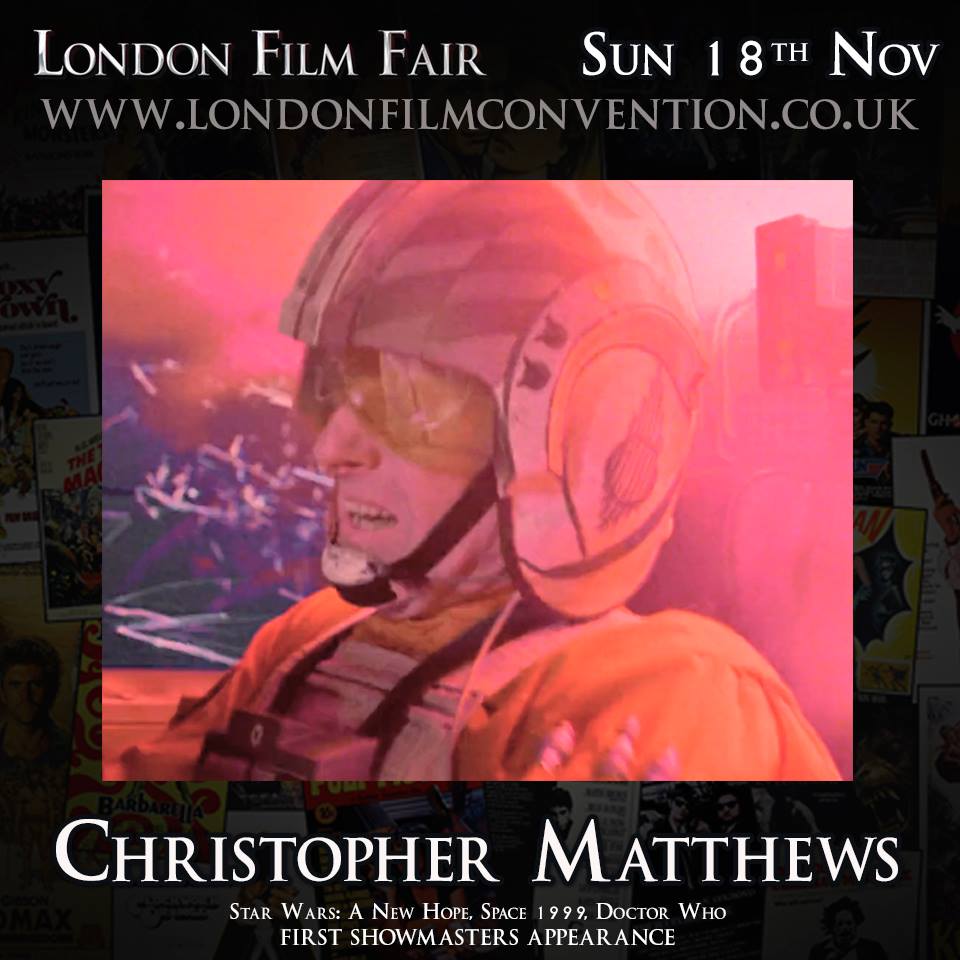 CHRISTOPHER MATTHEWS makes his first appearance with us at London Film Fair on Sunday, 18th November at the Royal National Hotel. Christopher was one of the X-Wing Pilots in Star Wars: A New Hope! He also made appearances in Space: 1999, Freewheelers, and played a radar technician in The Tenth Planet – William Hartnell’s final story.

Next up it’s A New Hope and The Empire Strikes Back cinematographer Geoff Glover. 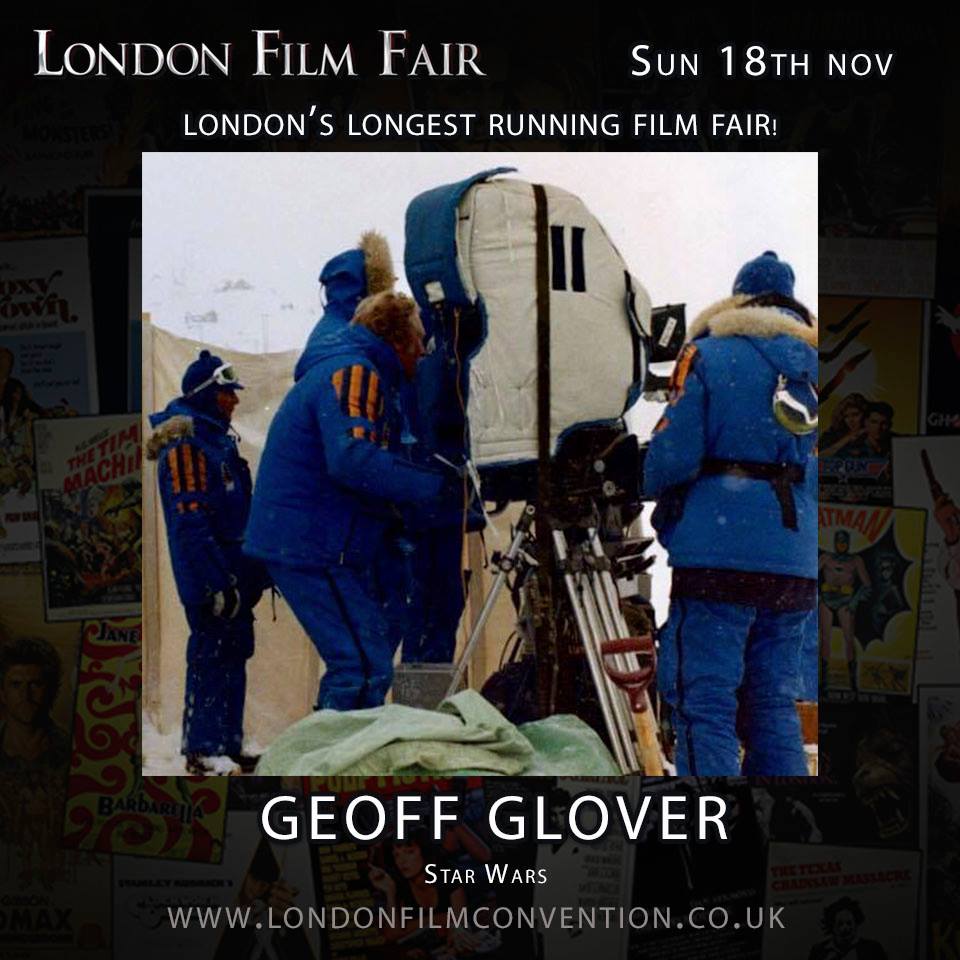 Cinematographer GEOFF GLOVER will be with us at London Film Fair happening at the Royal National Hotel Sunday 18th November.

With so many credits including Star Wars: Episodes IV and V, Danger UXB, Superman, Daleks’ Invasion Earth 2150 A.D. and The Guns of Navarone this is a very interesting guest that you will want to meet. 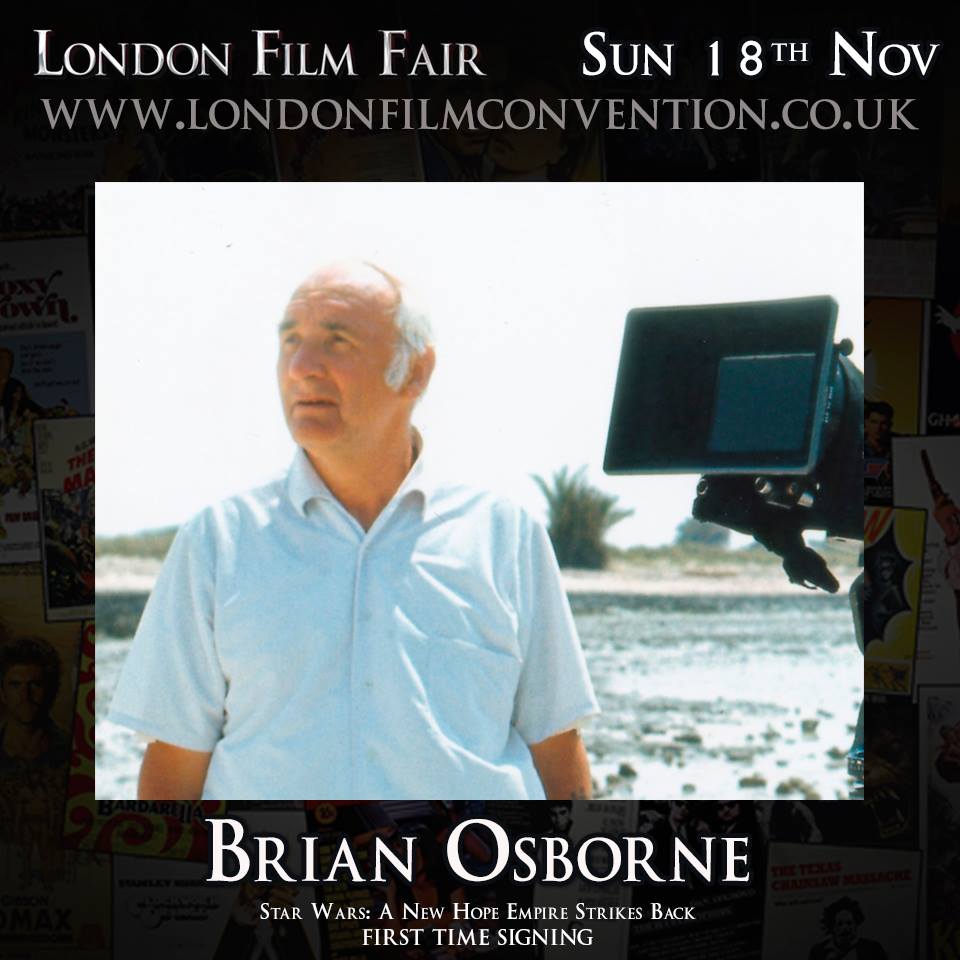 We are pleased to announce BRIAN OSBORNE, our second Production Guest, will be attending London Film Fair. The event takes place Sunday 18th November at the Royal National Hotel. Brian was part of the 2nd Unit Camera Crew for Star Wars: A New Hope and Empire Strikes Back. This is his first ever signing!