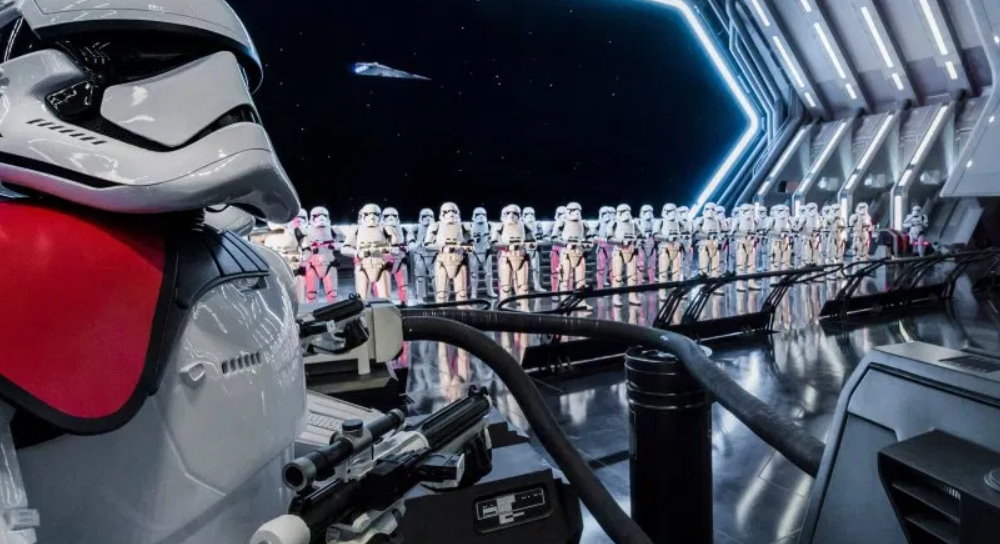 Now, sit down for a second, catch your breath and get your bearings as news is hurtling at us faster than a tumbling TIE fighter in an asteroid field. The latest news comes from Disney as they reveal more details regarding Rise of the Resistance, which turns its turrets on the first visitors on 5th December in Orlando.

Opening Dec. 5, 2019, at Disney’s Hollywood Studios in Florida and Jan. 17, 2020, at Disneyland Park in California, Star Wars: Rise of the Resistance will be one of the most ambitious, advanced and immersive experiences ever undertaken by Walt Disney Imagineering. The innovative new attraction will take guests aboard a full-size transport shuttle before they are captured by a Star Destroyer and wind up in the middle of a climactic battle between the First Order and the Resistance. The harrowing adventure will blur the lines between fantasy and reality on a scale never seen before in a Disney attraction.

Prior to the Aug. 29 grand opening of Star Wars: Galaxy’s Edge at Disney’s Hollywood Studios, Walt Disney Imagineering released additional details about what promises to be one of the most thrilling experiences ever created for a Disney theme park: 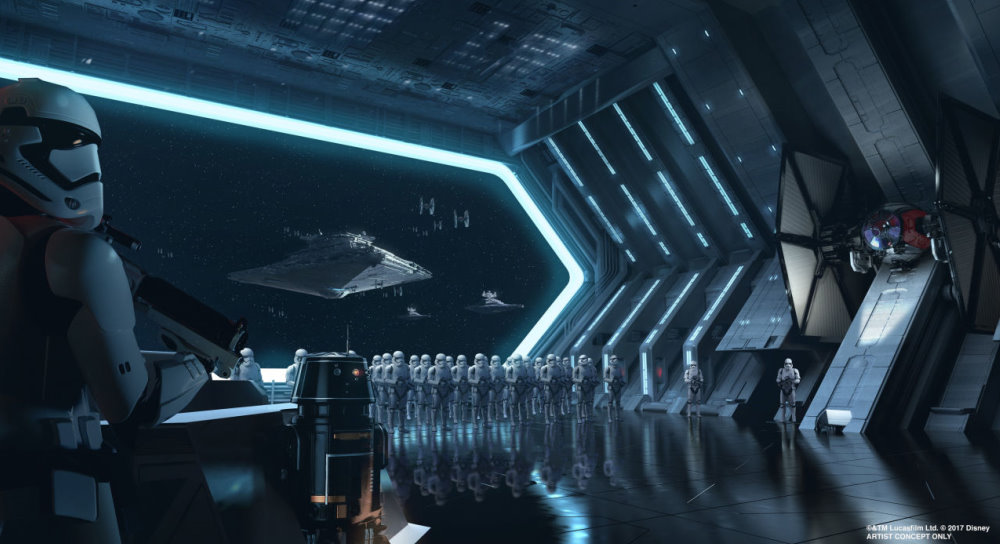 • Guests will join the Resistance and depart from Batuu in a transport ship to meet General Leia Organa at a secret rendezvous point. However, on their way to the hidden base, guests are intercepted and taken prisoner by the First Order as their ship is drawn into the hangar bay of a Star Destroyer. The action then ramps up as guests seek to escape the clutches of Kylo Ren and the First Order.

• Star Wars: Rise of the Resistance will bring guests face to face with some of their favorite Star Wars characters, including Resistance heroes Rey, Poe and Finn, as well as Kylo Ren and General Hux of the First Order. 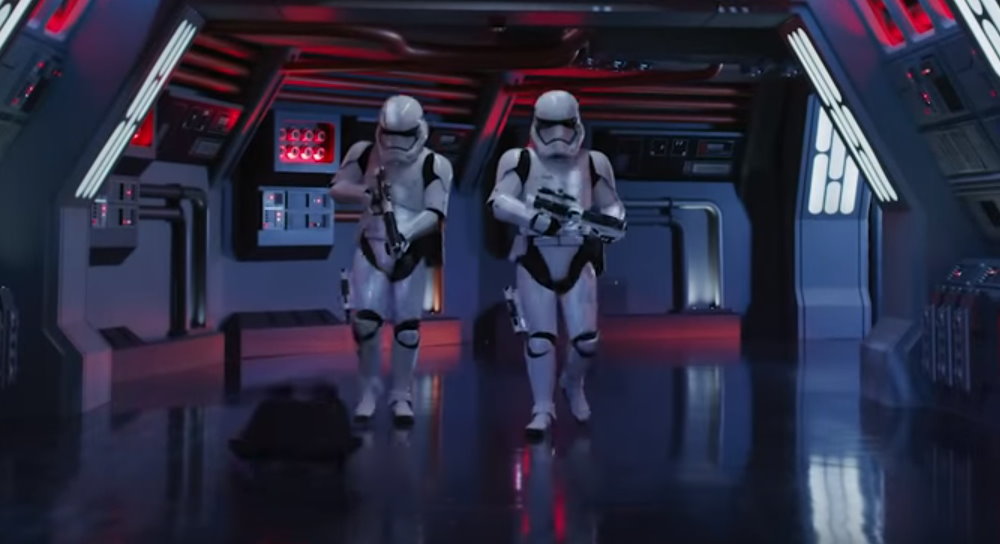 • Star Wars: Rise of the Resistance is one of the largest attractions Disney has ever created. Its massive show building is a world unto itself, housing two full-sized AT-AT walkers and a Star Destroyer hangar bay – complete with a TIE fighter and a garrison of Stormtroopers – plus more thrills and surprises.

• Walt Disney Imagineering will combine multiple ride systems to tell the story of Star Wars: Rise of the Resistance. In one sequence, a new simulator experience will give the sensation to guests they are falling from space to crash land on Batuu.

• During a portion of the experience, guests will race through a Star Destroyer in a trackless ride vehicle featuring an onboard droid that reacts to its surroundings.

Rise of the Resistance opens at Disneyland

Take a closer look at Rise of the Resistance

Galaxy’s Edge: An early glimpse at Rise of the Resistance

Galaxy’s Edge: Opening times for Rise of the Resistance in both parks announced