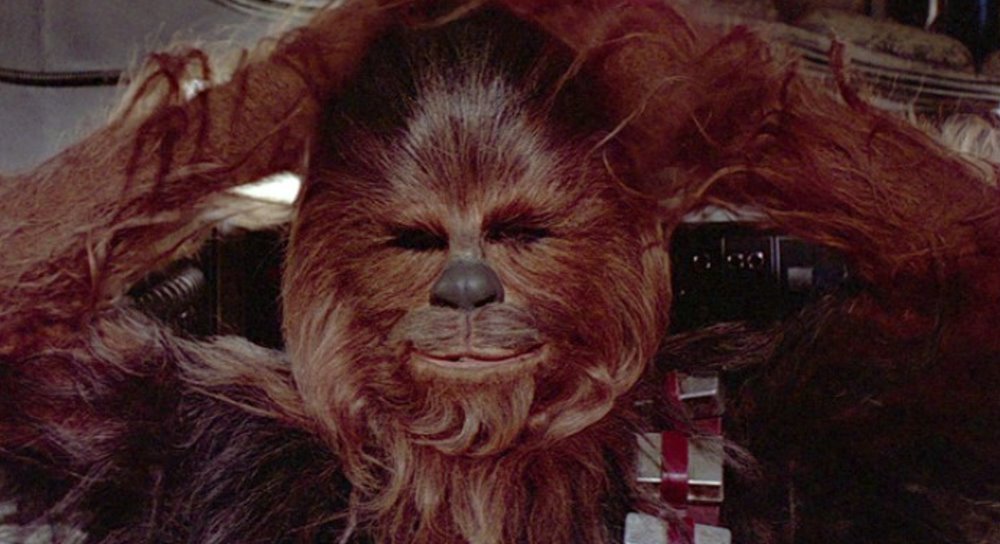 Care of TheForce.net we learn that the Star Wars guests for Awesome Con in Washington, DC from March 30th through April 1st continues to grow.  The BB-8 production team of Matt Denton and Josh Lee, and modern Chewbacca himself, Joonas Suotamo, have been added to the lineup.

Joonas Suotamo will be attending Awesome Con on Friday, Saturday, and Sunday.

As a youth, Suotamo performed roles as a stage actor. He attended Pennsylvania State University (PSU) and played the power forward and center positions for the Penn State Nittany Lions, and played professionally in Europe for the Espoo team from 2011-2015.

With childhood interests in music, arts, and movies he studied film and video at PSU. He was a strong academic performer at Penn State, where he was twice named to the Academic All-Big Ten team, and graduated in 3.5 years with a Bachelor of Arts degree in December 2008 in order to fulfill his Finnish conscription service and to pursue a career in film. Suotamo is an actor and musician but his height limits available acting roles so he’s also concentrating on directing. He has also sold insurance.

Matt Denton will be appearing at Awesome Con on Saturday ONLY.

Matt’s film and TV career started in 1994 as a model maker and set dresser. With a background in electronics and computer engineering, he applied his electronics skills within the film effects industry and soon moved on to work on complex animatronic models for various companies including Jim Henson’s Creature Shop. He has been developing and specializing in animatronic control systems for many years and has worked on projects including Lost In Space (1998), Harry Potter & The Prisoner of Azkaban (2004), Harry Potter & The Goblet of Fire (2005), Wolfman (2010), Prometheus (2012), The Worlds End (2013), Star Wars The Force Awakens (2015), Star Wars Rogue One (2016), Star Wars The Last Jedi (2017), Jurassic World Fallen Kingdom (2018) and most recently Star Wars Solo (2018).

“The ‘Red Carpet’ BB-8 built by myself and colleague Josh Lee has to be the highlight of my career so far! Driving BB-8 on stage at Star Wars Celebration (Anaheim 2015) in front of a live audience including J.J. Abrams and Kathleen Kennedy was terrifying! But the audience reaction was something I’ll never forget, utterly exhilaration to experience… but no place for failure!”

Other interesting projects include his six-legged walking robots (hexapods) that have been exhibited at many events including the Science Museum and V&A Museum London. The most recent hexapod ‘Mantis’ completed in 2012 weighs in at 4400 lb and is powered by a turbo diesel engine!

Josh Lee will be appearing at Awesome Con on Saturday ONLY.

Josh has been making animatronics and weird mechanical stuff for the UK film industry for 25 years. Having made Mangalores for The Fifth Element, he joined forces with Matt to make Fawkes the Phoenix for Harry Potter and recently engineered dinosaurs for Jurassic World 2, Josh now has a running total of 6 Star Wars movies under his belt; he worked as an animatronic designer on Episodes I and II, mechanised K2-S0 for Rogue One and is now the build-supervisor and chief engineer of BB-8.

YonoWorld: How To Make The Chewbacca Sound

The Rise of Skywalker: Joonas Suotamo and Chewbacca having his moment

How To Speak Astromech With BB-8 by JAKe