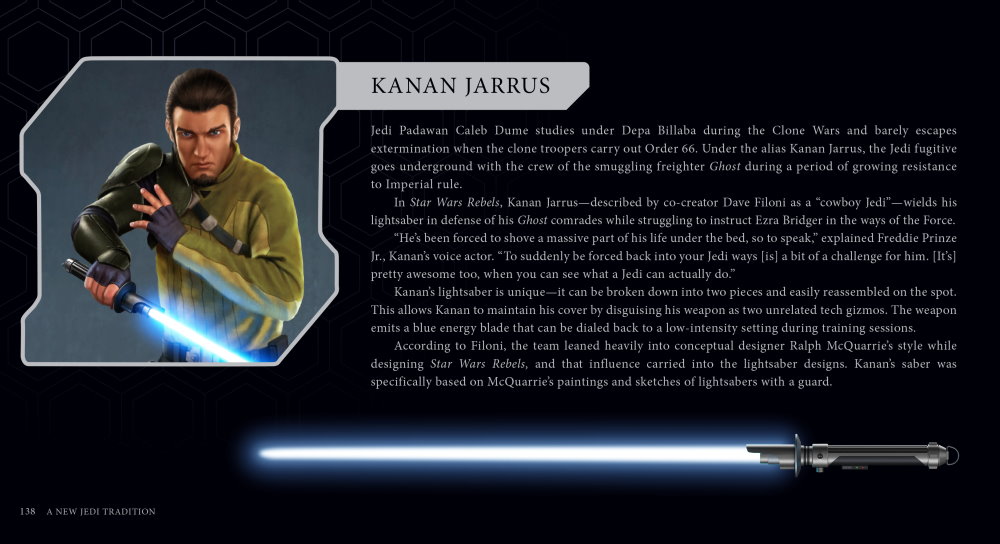 We’re thrilled to be able to bring you a Fantha Tracks exclusive, a spread from the forthcoming Insight Editions book Star Wars: The Lightsaber Collection Lightsabers from the Skywalker Saga, The Clone Wars, Star Wars Rebels and more, which lands 20th October, giving us a closer look at the lightsaber of Caleb Dume, better known as Kanan Jarrus of Star Wars Rebels fame. 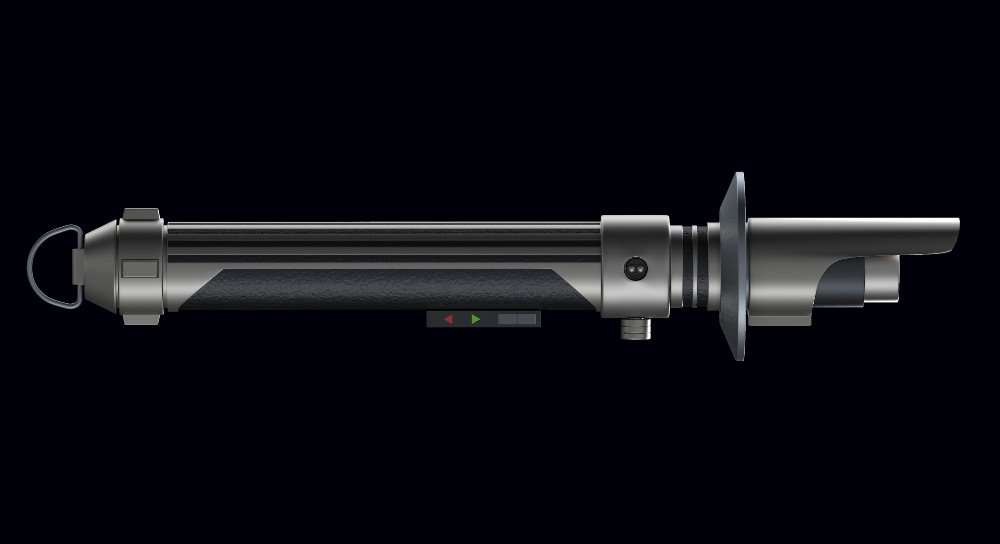 There’s some fascinating information in the spread, including the nugget that the design of the blade is taken – as much of Rebels was – directly from the sketches of Ralph McQuarrie, including the presence of a guard on the hilt.

• Own the definitive lightsaber guide. This book features the hilts of characters such as Darth Vader, Darth Maul, Yoda, Obi-Wan Kenobi, Mace Windu, Luke Skywalker, Leia Organa, Kylo Ren, Rey, Ahsoka Tano, and more. Learn about the creation and history of lightsabers from all of Star Wars, including Darth Maul’s double-bladed saber and the Darksaber.

• Discover never before seen art and illustrations. Featuring photo-realistic renders of lightsabers from Star Wars animation and comics, including Ezra Bridger’s blaster-saber hybrid, the Grand Inquisitor’s spinning blades, and a new lightsaber from The High Republic, this book is a must-have for Star Wars fans.

Written by GFFA veteran Daniel Wallace with art by Lukasz Liszko and Ryan Valle, the book retails for $29.99 and we will be bringing our review to the site as soon as we can.