THE BIGGEST COMC EVENT OF THE STAR WARS GALAXY CONTINUES!

Notorious bounty hunter BOBA FETT has tracked his missing prize — heroic smuggler HAN SOLO, frozen in carbonite — to the remote, frozen world of JEKARA.
But representatives from many of the galaxy’s most powerful factions have gathered, and they all want the same thing — Solo.
Things go from bad to worse, as Boba Fett realizes that he himself has become almost as valuable to the galaxy’s hunters as Han Solo, and he must turn to the least trustworthy person in the galaxy for help…DOCTOR APHRA… 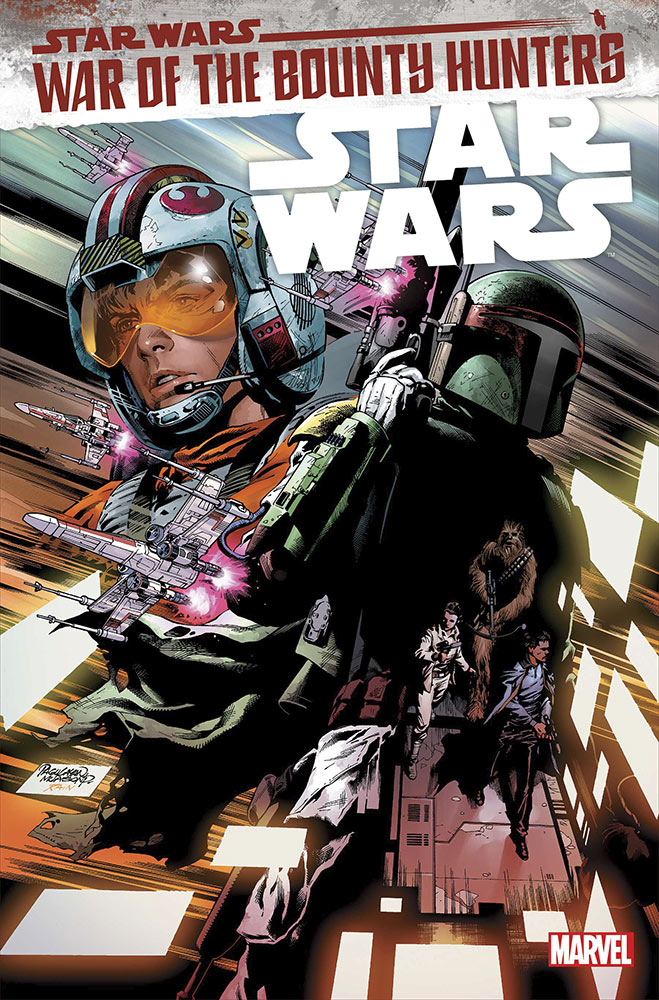 LUKE SKYWALKER embarks upon an epic mission with WEDGE ANTILLES and the brave pilots of STARLIGHT SQUADRON to rescue a lost division of the REBEL FLEET.
LEIA ORGANA, CHEWBACCA and LANDO CALRISSIAN attempt to save HAN SOLO from the evil clutches of BOBA FETT.
But what hidden vision will the Force send to Luke about the troubles to come?
STAR WARS: DOCTOR APHRA #12 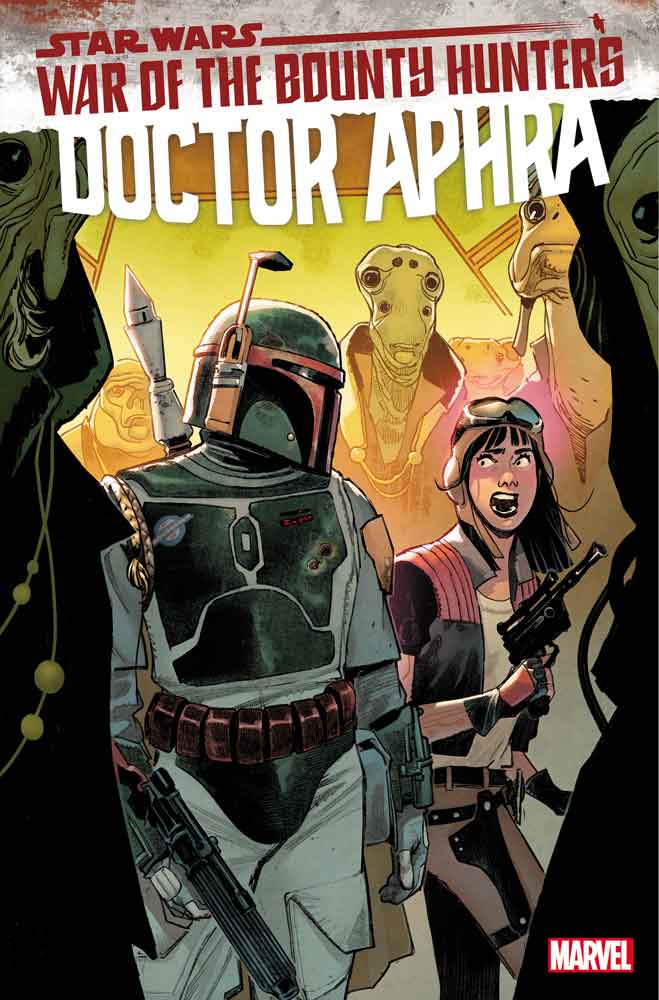 A MYSTERIOUS INVITATION leads DOCTOR APHRA and SANA STARROS to an exclusive party… teeming with scum and villainy!

Will Aphra and Sana be able to survive the underworld social event of the century?
Or will their cover be blown by A FAMILIAR FACE with an agenda of their own?
STAR WARS: BOUNTY HUNTERS #14 Hunted by the mysterious assassin DEATHSTICK, a wounded VALANCE and his reluctant partner DENGAR are running out of options!
T’ONGA is outgunned and outnumbered… but she does have one last surprise up her sleeve!
And the shadowy force behind all of the danger makes its move! 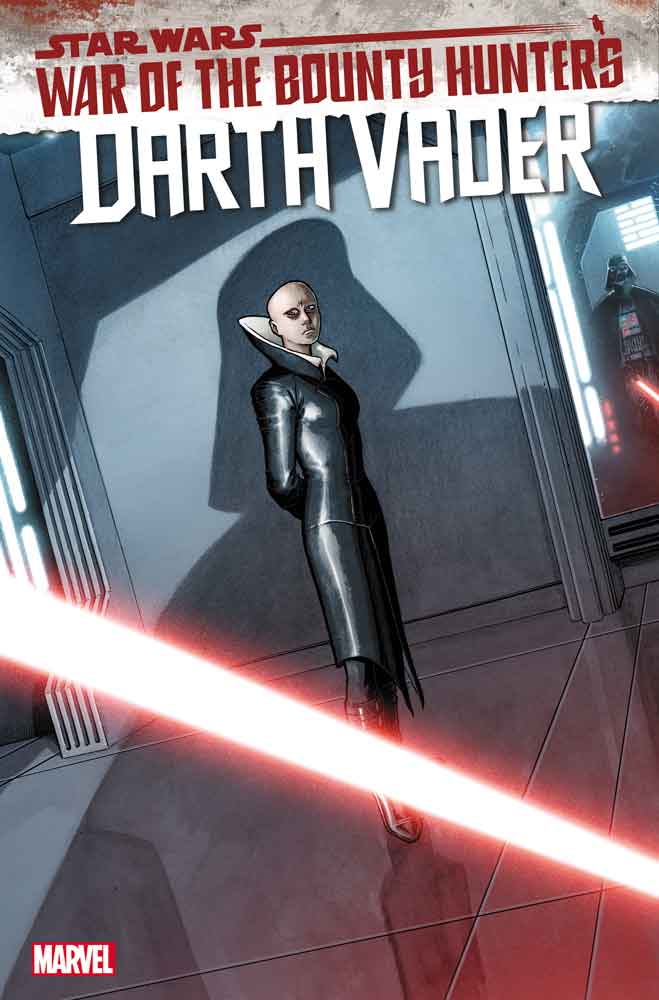 “THE BLADE BEHIND THE CURTAIN”

For decades, no figure has stood as close to the EMPEROR with so much mystery surrounding her.
Who is the UMBARAN? What is her role within the EMPIRE and in the WAR OF THE BOUNTY HUNTERS? And what happens when she emerges from the darkness to challenge Darth Vader himself?
Featuring an unprecedented look at the inner workings of the Emperor’s inner circle — and the return of IG-88!
For more on Star Wars: War of the Bounty Hunters, check out StarWars.com’s previous coverage:

May the 4th: Win a limited edition poster with Star Wars and H&M Club

First look inside the covers of Star Wars: War of the Bounty Hunters Alpha #1

Star Wars: War of the Bounty Hunters – Jabba the Hutt #1 and variant revealed