The episode continues directly from the previous one, making it the third episode in a row that is connected without much of a time jump.

Dank farrik seems to become the to-go-to-curse for the Mandalorian and other characters, as it appeared a couple of times already this season and is uttered twice in this episode.

Before arriving on Trask, the Razor Crest passes by the gas giant planet Kol Iben, as mentioned in Chapter 10. Being a waterworld, Trask is populated by a lot of Quarren (whom we saw in season 1 already) and Mon Calamari, making their The Mandalorian debut. The currency Calamari Flan also returns, which was introduced way back in Chapter 1. 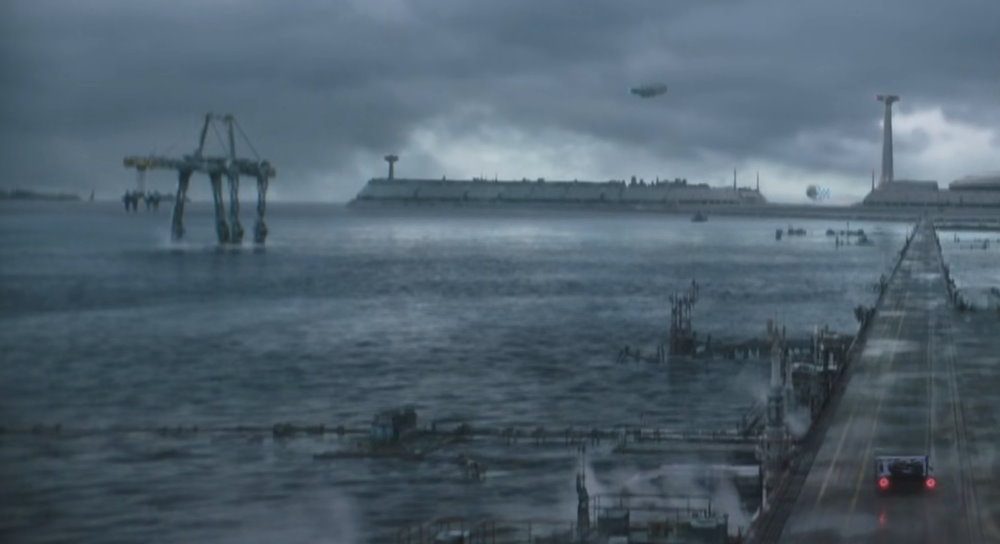 The Razor Crest gets lifted out of the water by what appears to be an Outsized Industrial Crane Transport, or OI-CT Walker. These were designed and made their first appearance in Solo and are lankier than the version we see here which appears to have an AT-ST cockpit added to the legs along with a whole additional floor segment.

Last week we said how the eggs looked like those of Alien and memes have been made of this combining the eggs with the facehugger aliens. Unexpectedly this week Filoni and Favreau do deliver us a facehugger moment.

The mamacore is a new creature and one of the few newly introduced things that receive a name, unlike the Imperials we see or Frog Man. In a nice reverse the episode ends with the Child eating a baby mamacore rather than being eaten by one himself.

But of course the biggest bit of trivia comes from the three Mandalorians that we meet. First up is Axe Woves, a completely new character played by Simon Kassianides who is known for his role in Quantum of Solace and Marvel’s Agents of SHIELD. The other newly introduced character is that of Koska Reeves, played by Mercedes Varnado, who is better known by her WWE ring name Sasha Banks. Long rumored to be actually playing Sabine, it appears that those rumors were not true. 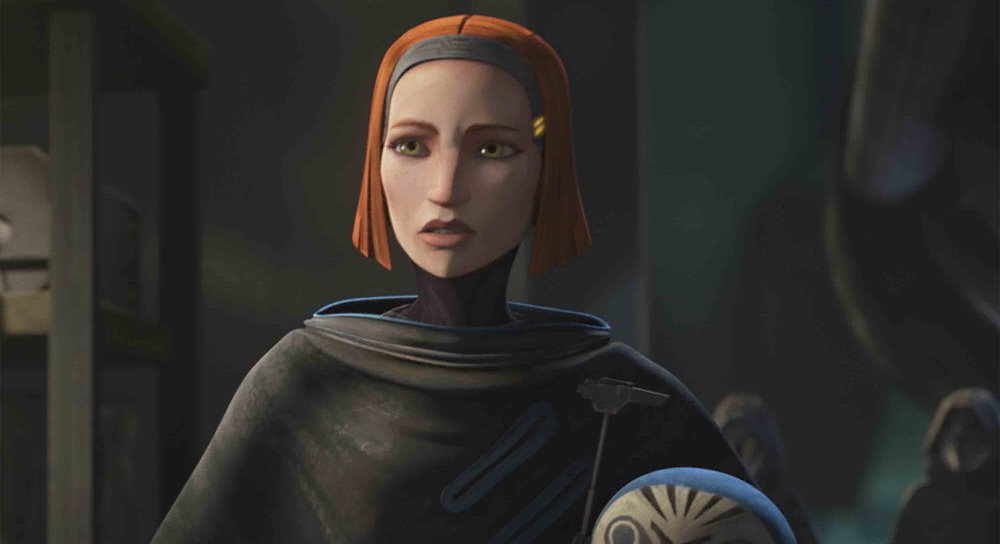 However the rumors that Katee Sackhoff would return to her role as Bo-Katan Kryze, which flared up the moment the actress spoke happily on Twitter about her having gotten a dream job opportunity, is true. After voicing the character for The Clone Wars and Rebels she now appears in live-action. All the costume details match her previous appearances down to the Nite Owls helmet, the WESTAR-35 blasters and the iconic hairstyle.

The Mandalorian’s issue of never removing his helmet while we previously saw about every other Mandalorian doing this is also explained. This is an older tradition that is only the Way of the Mandalore for those like the Nevarro covert who belong to the Children of the Watch, a cult of religious zealots who want to re-establish the ancient traditions. The Watch and their goals sound eerily familiar to that of the Death Watch. 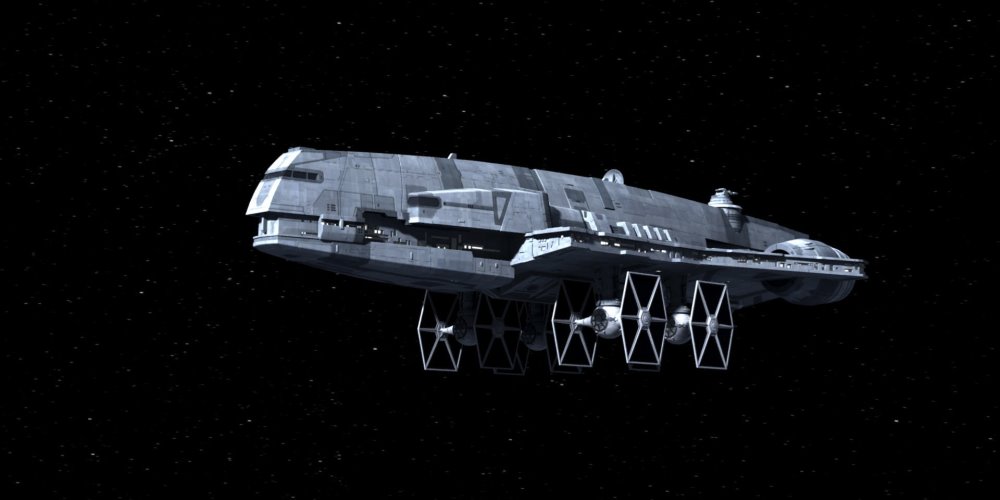 Bo-Katan and her group are on the planet to steal the weapons that the Imperials bought from the plunder of Mandalore and to find out the location of Moff Gideon. These weapons can be found on a Gozanti-class cruiser a ship that was used a lot in The Clone Wars and Rebels, but actually was first seen in The Phantom Menace. It appears in the background when Qui-Gon, Padmé, Jar Jar Binks and R2-D2 are entering Mos Espa. The interior obviously uses a lot of the well-known design influences that we see in other Imperial facilities and vehicles, including the alarm sound first heard in A New Hope and of course the elevator.

The cruiser is under the command of an unknown Imperial Officer who was played by Titus Welliver, who you may recognize from shows like Sons of Anarchy and The Good Wife, or as the Man in Black from Lost.

Technology: To get inside the Gozanti they use what appears to be a scomp link. 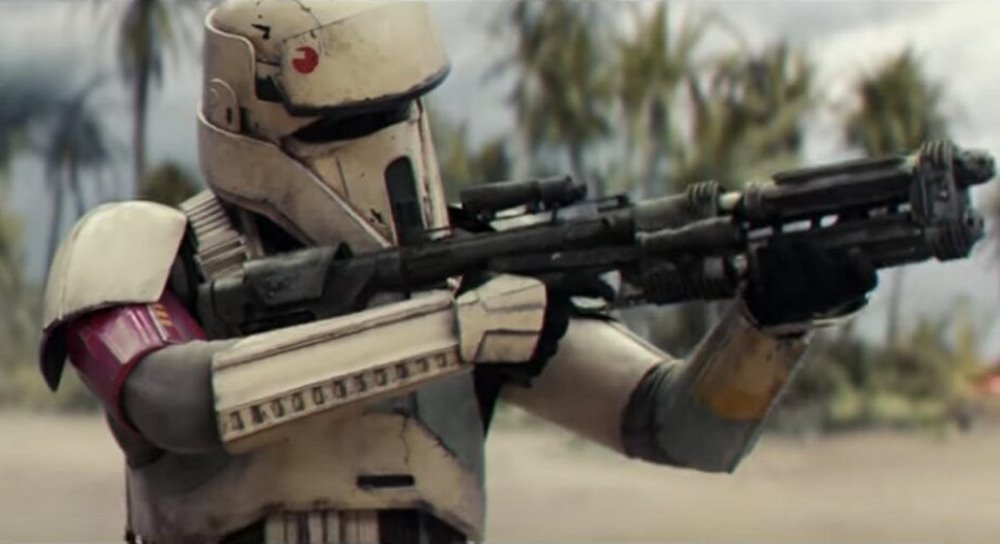 The weapon that Koska Reeves removes from the container is the E-22 blaster rifle, the more powerful brother of the standard Imperial stormtrooper blaster the E-11. The E-22 first appeared as the blaster used by the coastal defender stormtroopers (shore troopers) in Rogue One.

The stormtroopers aboard the Gozanti-cruiser sure show that at least they can hit their target over and over and over. Too bad for them only that the target wears Beskar. This proofs Axe Woves also wrong who claims that they cannot hit the side of a bantha. 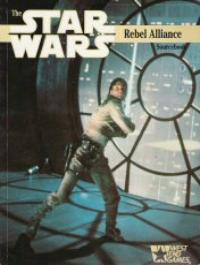 Suicide pills are not new to Star Wars, they date back as far as 1990 when they appeared in WEG’s The Rebel Alliance Sourcebook, but this is the first time we see them using electricity to short out the body rather than poisons or neurotoxins like affide crystals.

The last shot with the Razor Crest jumping into hyperspace and leaving some part of the hull behind brings to mind a similar last shot seen in the movie Serenity in which a part of the Serenity breaks off and hits the camera with Malcolm Reynolds going “What was that?”. Both the series Firefly and movie Serenity have many allusions to Star Wars, and the ship Serenity has been seen a couple of times in the background of various Star Wars works. 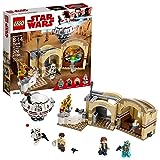 LEGO Star Wars Tm Mos Eisley Cantina 75205
$70.00
Buy on Amazon This is a paid link. Learn More. Clicking the link may take you to the Amazon store servicing your country Price incl. tax, excl. shipping.  Details correct as at: 2021-01-25

Where was Axe Woves at the end of The Mandalrian season two?