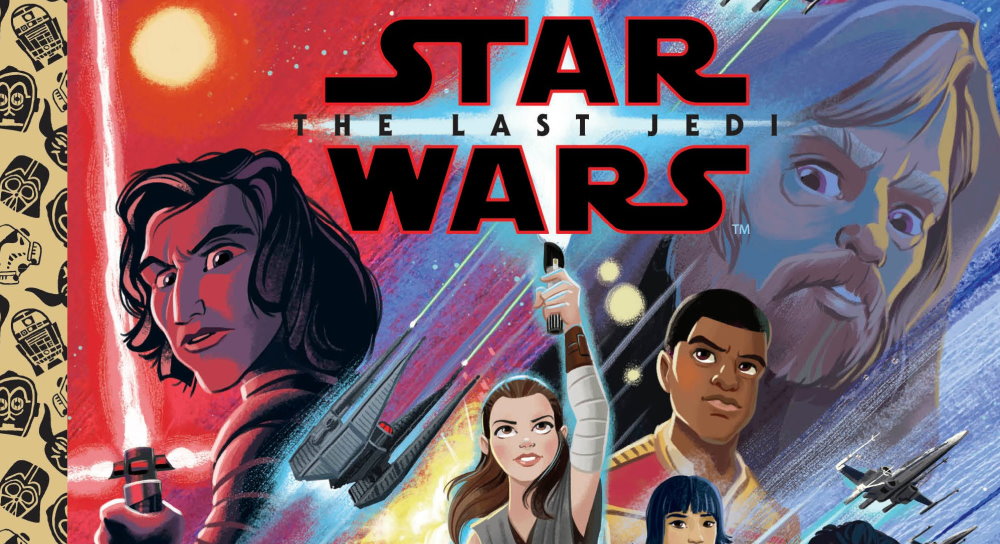 Can Rey, Finn, General Leia, Poe Dameron, and Luke Skywalker save the galaxy from Kylo Ren and the evil First Order?

Featuring stunning retro illustrations, this book is perfect for Star Wars – and Little Golden Book – fans of all ages! Little Golden Books: Star Wars: The Last Jedi condenses the two hours and thirty-two minutes of the longest film in the franchise down to twenty-four pages.  Those twenty-four pages retell the film in a lighter tone suitable for young minds without losing the essence of the story. In fact, it may add some new perspective on the story for adult readers.

Elizabeth Schaefer sets a steady pace traveling point-by-point through the story.  Her style prevents oversimplification of the narrative.  Her rendition seems to  capture the elements of the story that really key in with younger minds.  This approach offers the adult reader a reminiscence to the youthful awe for Star Wars which further invigorates sharing this universe with children.

The contemporary styling of Aaron Batson’s illustrations are stimulating and appealing.  His images encapsulate the action, atmosphere, and the emotions of the story. His artwork accentuates the author’s story and they seem to have been perfectly paired for this project. 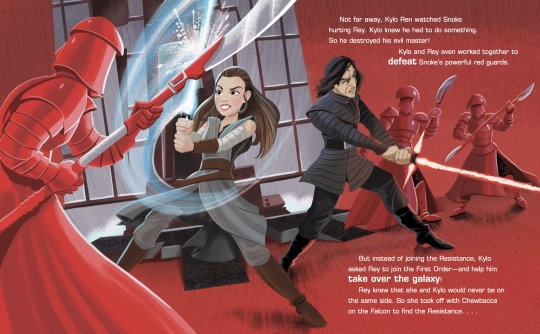 The book is recommended for ages 2-5 but it may still be a bit too wordy for some younglings.  This seems to be an unavoidable case for all of the Golden Book Star Wars film adaptations due to the vast amount of information contained in the films.  However,  bedtime stories aren’t meant to be word-for-word recitals so it is easily overcome with some improvisation.