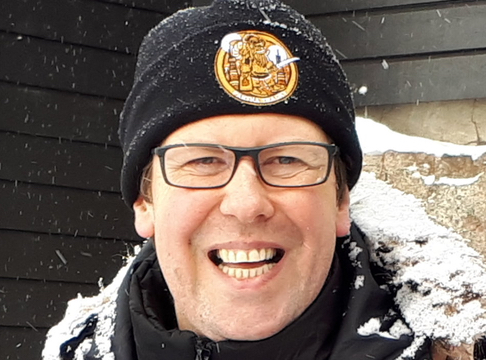 Mark’s Star Wars journey started at the Cannock ABC cinema back in early 1978 and through weekly Marvel UK Comics, Buena Vista Read-Along-Adventures and Palitoy figures he’s continued on the Jedi Path for well over 40 years. In 1982, a year after beginning work on a script for a fan film that never filmed, he wrote his first Star Wars fiction, the short story Quest For Freedom. That helped spawn the creation – alongside Jonathan Hicks – of the Setnin sector through 17 audio stories recorded between 1985 and 1987, countless weekly D6 West End Games RPG sessions between 1987 and the mid 90’s and almost 200 short stories, novellas and novels.

In 1998, after three years online with a variety of sci-fi sites including The Q-Continuum and FantaWar, Mark and Louis Turfrey launched Wirezone, which changed name and URL to lightsabre.co.uk on Monday 28th June 1999, just before The Phantom Menace arrived in the UK. During his decade running Lightsabre alongside Louis, Jonathan, Paul Squire and Jason Brown he conducted well over 140 interviews, oversaw the compilation and development of the fictional setting of the Setnin sector and was co-host with Louis for 17 episodes of the Setnin Radio podcast during 2005 and 2006.

Mark began contributing to Jedi News in 2010, where he was daily content manager and program director for the Jedi News podcast network, which he was instrumental in launching. He contributed 13,152 pages of content before stepping away on Friday 29th September 2017 after more than seven years.

Mark was part of the team that launched Fantha Tracks on Tuesday 31st October 2017, and today serves as Editor-in-Chief. Since launch he has posted over 8400 articles to the site. Mark is the co-host of Making Tracks on Fantha Tracks Radio and regularly appears on Good Morning Tatooine, the weekly LIVE news magazine show from Fantha Tracks TV at 9.00pm GMT, 5.00pm Eastern and 1.00pm Pacific on Sunday evenings.

Marks first contribution to the Star Wars Insider magazine was issue 90 in September 2006. His tenure has so far included overseeing the Red Five and My Star Wars! features and contributing to Launch Pad as well as providing interviews and cover articles. To date he has contributed 167 articles across 65 issues.

He has also written canonical material for DeAgostini’s Build The Millennium Falcon partworks magazine, where the Sedapard Cluster and Desando Dynamics were finally made canon (the engines of the Emperor’s yacht were build in the Sedapard Cluster). From November 2016 to March 2017 he wrote for Geeky Monkey magazine and in March 2017 had his first article published in issue #187 of Star Trek The Official Magazine. Mark has also written for StarTrek.com and became the only British writer to write for both the official Star Wars and Star Trek websites and official magazines. He is currently writing for the Spanish version of the Star Wars Fact Files.

Since 2017 Mark has also been a Lead Writer for the world’s longest running sci-fi magazine Starburst and has had a number of newsstand and subscriber cover articles including issue 440, the 40th anniversary issue and 475, celebrating the Star Wars Holiday Special.

Online articles have also appeared on FHM online, Sequart, Jedinet.com, Dark Horse blog, The Bearded Trio, TeeKay-421 and other sites as well as regular contributions to the online blog of the UK’s largest free newspaper The Metro with over 180 articles posted. 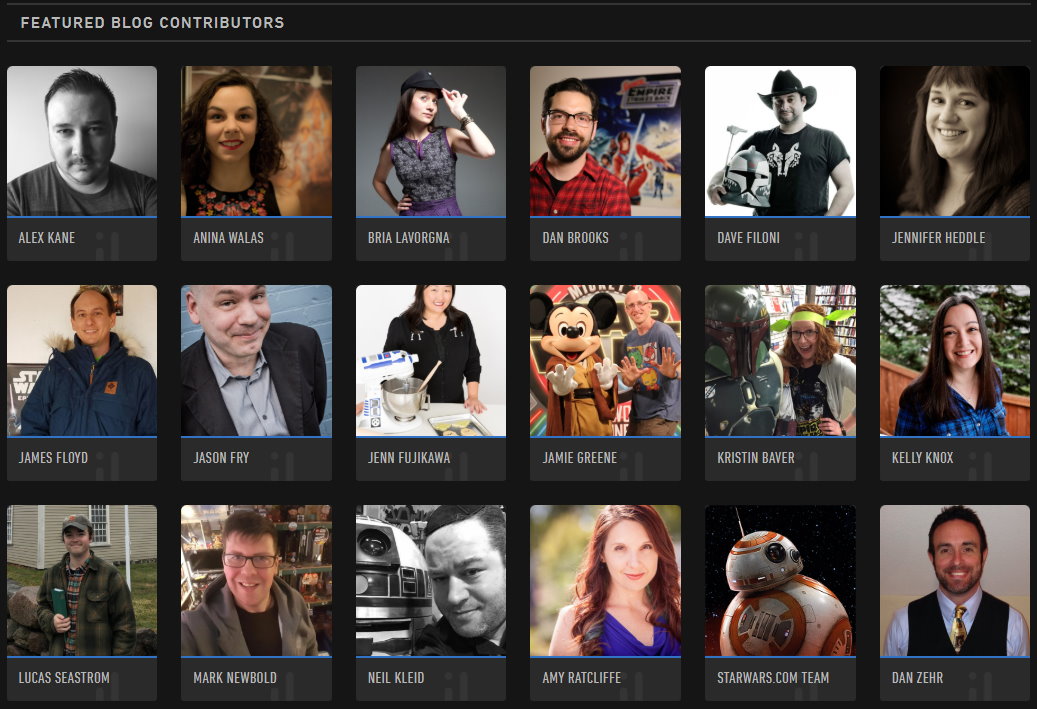 Quotes from his interviews were published in J.W. Rinzler’s 2013 release The Making Of Return Of The Jedi, and is mentioned in the bibliography. He was also featured in Jonathan Bowen’s 2007 book Revenge, looking at the build up and reception of Attack of the Clones and Revenge of the Sith, the 2009 5th edition of Geoffrey T. Carlton’s Star Wars Super Collector’s Wish Book and Craig Stevens 2018 book The Star Wars Phenomenon in Britain.

In print, he has had articles and reviews published in Model and Collectors Mart, TV Film Memorabilia Magazine, TeeKay-421 magazine and has written Star Wars film reviews for the Lichfield Mercury and the Birmingham Mail. He has been interviewed by The i, The Irish Times, The Express and Star, The Lichfield Mercury, The Shropshire Star, The Voice and Micromart.

Mark also worked on the tour notes for The Zuveum, the Constable Zuvio focused exhibit which opened summer 2020.

On television he has appeared on BBC News 24, BBC Breakfast News, BBC Talking Movies, Big Centre TV‘s Brummywood Yammywood, Made In Birmingham’s The Lowdown and The Week and Channel 5’s How Star Wars Changed The World as well as the Sky One quiz show The Fanatics, winning the episode on his chosen subject the Star Wars saga. He also appeared on The Weakest Link on BBC 2 and Don’t Sit In The Front Row on Sky One.

In late 2016 he was a guest panellist on the pilot episode of Radio 4’s comedy film panel show Gaby’s Talking Pictures. His specialist subject – Star Wars.

He’s also appeared on over 35 different BBC radio stations, many of them multiple times as an expert commentator on the subject of Star Wars, and 39 stations in total.

Mark is a regular guest in the Star Wars podcasting world, having appeared on 82 different Star Wars specific podcasts or YouTube video shows to date as either guest or host, many on multiple occasions*:

And also on 13 non-Star Wars podcasts:

He has attended, reported from or been a part of numerous Star Wars specific conventions and events in the UK, Europe and North America, both in person and online, including:

He has also reported from a number of other non-Star Wars specific and genre related events including:

He has been married to Ruth since 2010 and lives in Staffordshire where his Star Wars and sci-fi collection — Echo Base — is housed.