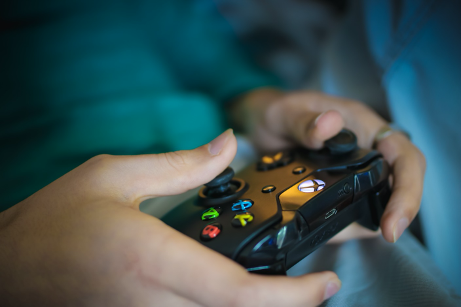 There is no denying that the Star Wars movie franchise is one of the biggest film franchises in the world, but it is not only the movies where Star War fans can get their science fiction fix.

The world of Star Wars has also become a dominant force in the gaming industry, with several console games being released over the years. Regardless of whether you are a passionate PC gamer or convicted console wizard, you have likely come across the world of Star Wars in one form or another.

However, fans may not know that there are several Star Wars games can be played directly in your browser, an example of which is as follows.

Star Wars Combine is a real-time massively multiplayer online browser games that were first introduced back in December 1998. The game will not be for everyone due to its slower pace, but those looking for an online representation of the Star Wars universe will love what Star Wars Combine has to offer. What is more, it is free to play.

Although you may have some catching up to do to contend with more seasoned Star Wars veterans, those with time to dedicate to gaming will find they become fully immersed.

Any avid 90’s gamer will be aware of Doom, a first-person shooter that created the template for future titles such as Call of Duty and Duke Nukem. However, people may be less familiar with Star Wars: Dark Forces, a Doom clone that moves the action to the world of Star Wars.

The title started as a DOS title back in 1995 before ported to browser via the use of JavaScript and can now be played directly in your browser free of charge. This one is ideal for those looking for a quick game or a nostalgic hit.

What happens when you mix the Las Vegas strip with the Star Wars universe? You end up with Star Wars Slots, offering all the enjoyment of the slots, while being joined by some of the favourites, including Darth Vader and Yoda. Star Wars Slots is also ideal for those searching for the best casino bonus.

Although Star Wars Slots will not appeal to all Star War fans, those that enjoy slots and sleek aesthetics will love the browser-based excitement.

Star Wars Rebels is an animated television show made by Disney, so it should come as no surprise that the marketing surrounding the series would include a video game. Although a basic side-scrolling game, diehard fans of the show will love how accurately the world has been captured in video game form.

Sure, this side-scrolling adventure may not have the same impressive visual seen in premium titles like Star Wars Jedi: Fallen Empire, but for a free browser-based game, you could do a lot worse than Star Wars Rebels: Special Ops.

As you can see, there is something for everyone concerning browser-based Star Wars games that span across several genres.