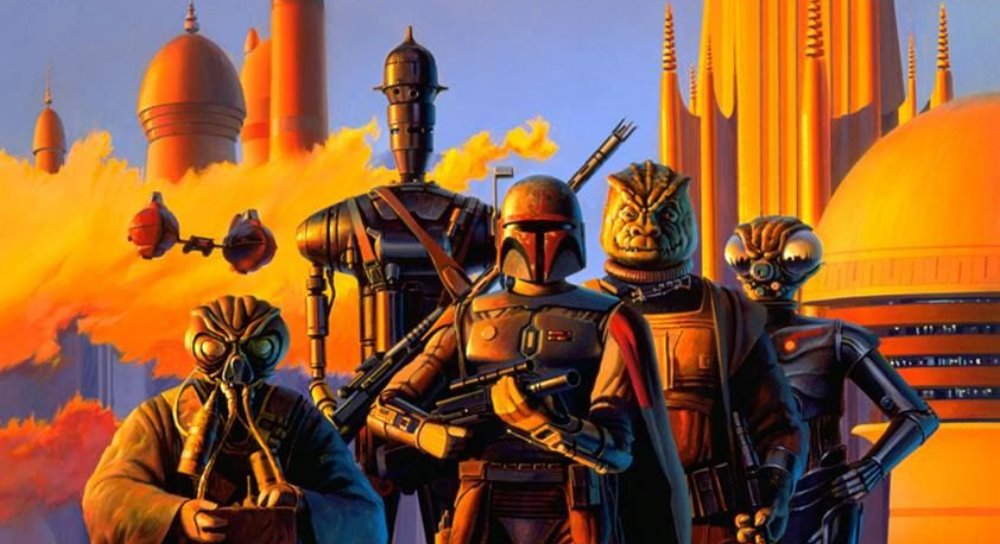 November seems far, but the team in Grand Rapids are really giving it all to make you guys happy. There are nearly six months of preparations still to go, with the convention scheduled for November 13-15, but the program is already packed with Star Wars  juicy content. The venue is, again, the DeVos Place on the Grand River in downtown Grand Rapids. After the disappointment of Motor City Comic Con being postponed to a date yet unknown, fans can cheer up. The Great Lakes State always has something up its sleeve to keep people well entertained, as all fans of Michigan online gambling know well and can vouch for. Grand Rapids Comic-con is expected to offer lots of fun for the whole family. Let’s give a look to which guests from the galaxy are expected at DeVos Place.

The Great Lakes Garrison is going to be there with its own booth. A subdivision of the 501st Legion, the GLG can boast as many as 178 active members. Originally it was a part of the venerable Midwest Garrison and went under the name “Michigan Squad”. In December of 2007 separated into a full-fledged Garrison. In more than a decade, the contribution of the Garrison to the greater 501st and Star Wars communities has been signifivcant. They are regulars at Motor City Comic-Con and served a central role in TrooperFest of 2009 and 2011. GLG members often serve in various command and administrative roles at the Legion level for the 501st, as well as the 501st’s partner organization, the Rebel Legion.

The Mandalorian Mercs will be visiting Grand Rapids Comic-con too. They have their own Michigan chapter (clan), founded in 2010 under the name of Suumpir’ade by five very determined Michigan mandos. The clan, now named Tra’cor, is a very active supporter of Michigan events, Michigan charities, and Michigan people. They are worthy contributors to the spreading of Star Wars culture across the Great Lakes state. As a chapter of Mandalorian Mercs Costume Club (MMCC), they share the tradition of being an inclusive and friendly club, with the Mandalorian way of “Clans” or family units and a clans’ ability to adopt anyone who wishes to be a Mandalorian.

Droid lovers, there are good news for you too! The show will be crowded with roaming droids all over the place, several of them provided by the R2-D2 Builders Club. Their R2-D2 units are wonderful replica of the original dorids form the Star Wars movies. Fully functional, including movement, dome motions, and even sound! The Builders Club also has some more robots in its portfolio, like BB-8, Chopper from ‘Star Wars Rebels”.

The program is rich in interesting panels, scheduled for all three days of the convention. For example, “Voice of Yoda, Am I!”: voice actor Tom Kane discusses his many roles including his most iconic, the voice of Jedi master Yoda in “Star Wars: The Clone Wars”. “Learn The Ways Of The Force”: The Jedi Council of Michigan is a newer organization that celebrates the Jedi way in the Star wars universe. Learn about their organization and how you can become a Padawan and learn the ways of The Force–and how to steer clear of the Dark Side!