STAR WARS NEWS IN A SINGLE FILE
Search
Home Blogs What are the best Star Wars video games of all time? 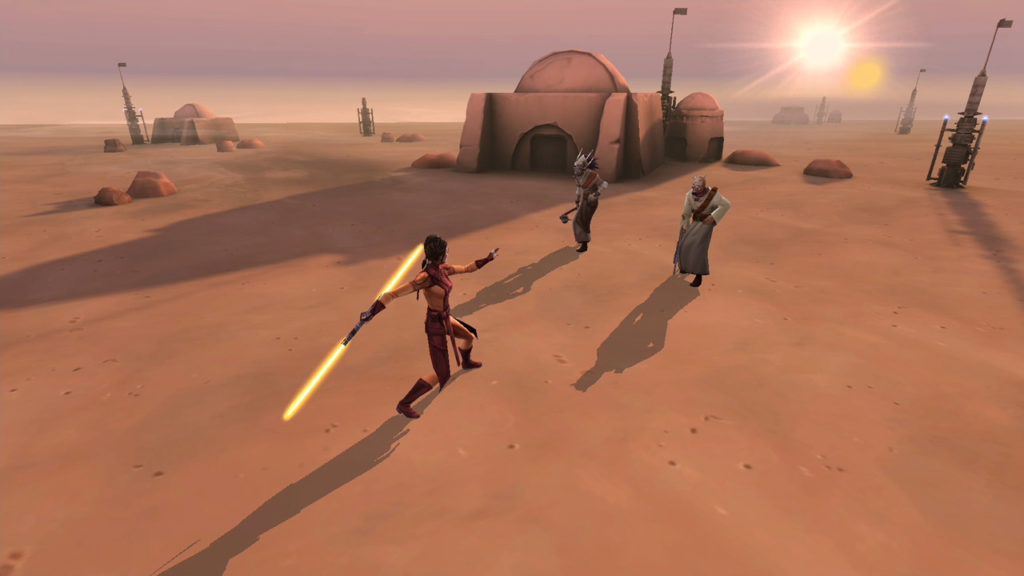 Gaming is one of those pastimes that has been around for a while now. Of course, over that time, it has developed to encompass not just video games but other types of gaming as well. The online casino sector has certainly grown in recent years, and you might even play online casino games yourself now. If you play in New Jersey, remember to get resorts online casino bonus code details first to have extra cash to game with.

If you love video games, the Star Wars world has been well represented in gaming. Star Wars fans who also dig playing video games have plenty of choices when choosing which titles to play. There are so many games now you might have trouble picking one to try. With new titles like LEGO Star Wars: The Skywalker Saga arriving in late 2020, it would be wise to find out the best games to play.

But what is the GOAT in terms of Star Wars video games?

Knights of the Old Republic

One of the very best Star Wars games is ‘Knights of the Old Republic’ on the Xbox and PC. It is pretty old now as it came out in 2003 but still stands up to newer titles. Developer BioWare did a top-draw job on the plot, characterization, and playability of this Star Wars RPG game, meaning it never gets old. It is set thousands of years before the Star Wars movies, at a time when the Jedi are under attack from the Sith. The game lets you explore the galaxy and to get immersed in the plot and action. From bumping into Sandpeople who let you know why they distrust outsiders to finding out the ancient Sith secrets, there is so much to do in this game. This is a game that has everything you would want in a Star Wars title – good against evil, starships, Jedi, lots of battles, and cool characters. Watch out for the plot twist too!

Who remembers the GameCube? It never caught on as much as Nintendo had hoped but did have one of the best Star Wars games ever to play. Rogue Squadron 2 was one of this console’s launch titles, and it delivered a great experience. As you would expect, it puts you into the cockpit of some of the most iconic Star Wars ships so you can battle the evil Empire. Also, it sees you complete missions based on some of the most memorable moments from certain films. From fighting it out above Endor to doing a trench run on the Death Star, you will love it. What is still very impressive is how great it looks and plays, compared to newer titles.

For many Star Wars fans, it is the thought of being a real-life Jedi, which is most appealing. While this will never happen, Jedi Outcast gets you about as close as you will ever get. Do you fancy running about with your lightsaber chopping off Stormtrooper limbs? This game lets you do it! Want the full range of force powers to play with? The game has these too!

All in all, it is the perfect game for all would-be Jedi Knights out there. The atmosphere is just right, the game controls are responsive, and the way it looks is superb. With impressive sound FX, it is a great Star Wars video game to enjoy. It even has a few multiplayer modes so you can battle it out alongside friends online.

Released in 2005, this Star Wars game was an Xbox exclusive. From the LucasArts stable, it is another older title that still holds its own today. It is a first-person shooter that delivers lots of action, fluid gameplay, and an involving storyline. Players have a squad of four commandos to control as they set about completing various missions in the game. The really neat thing is that the commandos can be given unique voices and personalities before you start the game. That makes it an exciting game to play. Other smart touches like an on-screen windshield cleaner and specific skills for each squad member make this a title to remember.

As the above shows, there have been some fantastic video games that used the Star Wars theme over the years. The ones we have looked at are the best around to date and offer plenty of action, interesting storylines, fabulous sound FX, and impressive graphics. They also give Star Wars fans who love gaming the ideal way to get their next intergalactic fix.