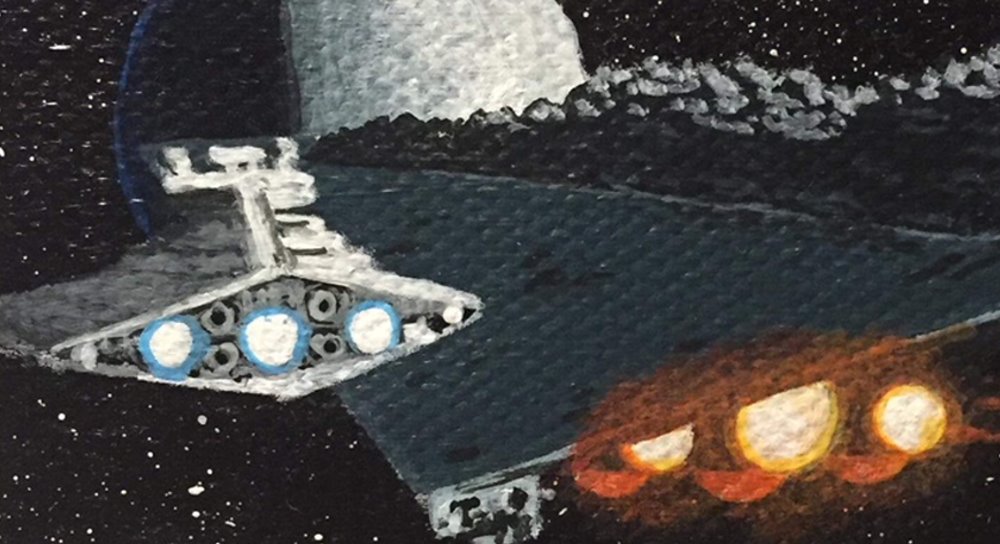 I’m joined today by a gifted artist, and fan of the saga, and pop culture: Bill Madia. His artwork is inspiring, and the love of pop culture he has will make you want to check it out yourself. From Star Wars to films and all areas of fandom his art is a must see!

FT: Bill thanks for joining us today. Where did your love of Star Wars come from?

BM: My love of Star Wars started in a theater in 1976. My dad took me and my brother to see Silver Streak. And, as much as I love that movie, what I remember most was a trailer for a film about “a boy, a girl and a universe!” I was stunned. I’d never seen anything like it before. Shortly after that, my mom and dad came home from shopping and brought me the novelization of this “soon to be a major motion picture!” You have to remember, back then, the book came out before the movie. Well, I read it and I loved it and when I finally saw the movie, my world had changed! I had always been a fan of movies but Star Wars made me want to know how movies were made!! I devoured everything I could find on it! And that love of movies and moviemaking continues go this day.

FT: What character resonates with you the most?

BM: Luke Skywalker has always been my favorite! First, let me say this, when I was a kid, I never saw Luke as a whiny character! He was someone who wanted adventure but was frustrated having to do simple chores! That’s how all of us kids were!! I didn’t see him as whiny until I was more of an adult and even then, I still empathized with him, wanting adventure over the more mundane things in life.

FT: George Lucas brought so many amazing things into Star Wars, what are your favourite parts? 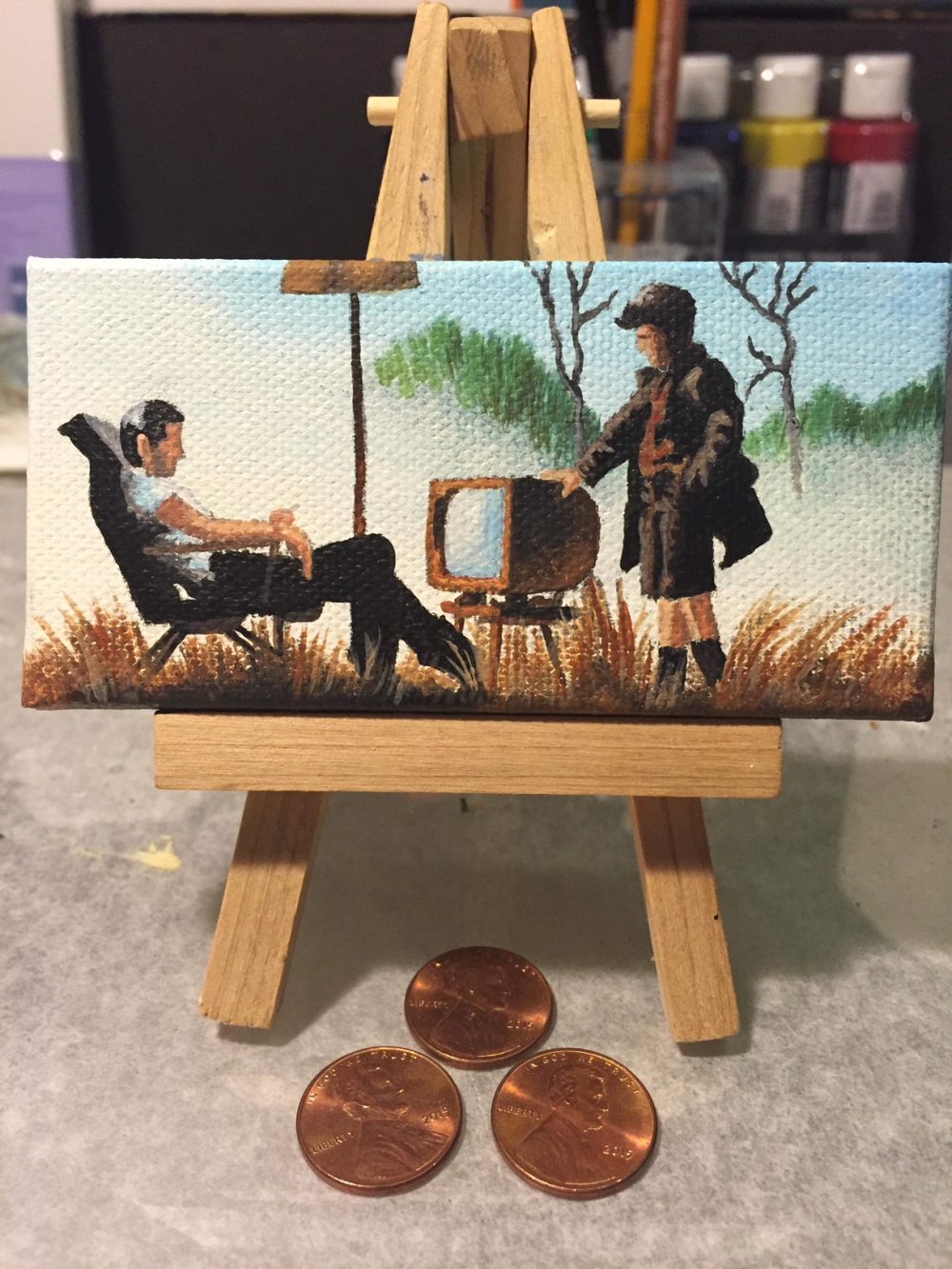 BM: You know, George has always said these films are for children, and that is certainly true. But, what makes a children’s film great is if parents can experience it and enjoy it on a level that is slightly above what kids can see! That’s the beauty of ALL these films but, I think, it is most evident in the Original Trilogy. Individually, they are great entertainment for kids of all ages! Collectively, as one big story, the themes and conflicts come off as a little more mature. Also, George seemed to make these films knowing his original audience was maturing as the films progressed.

This is especially true of the prequel films! The lighthearted feel of The Phantom Menace, despite its sinister title, gives way to more adult themes, such as love and the frustrations that come along with it, in Attack of the Clones which leads into Revenge of the Sith and all of its evil and darkness.

It’s a motif that plays out in the original trilogy and is currently happening in the sequel trilogy. And if that doesn’t prove George Lucas as a genius visionary, nothing will!

FT: Tell us how you got involved in art.

BM: Ever since I was a little kid, I’ve always liked to draw. One of the earliest drawings I can remember doing was three panels of Dr. Jekyll turning into Mr. Hyde! All through grade school and high school, art was where I was most comfortable! I wasn’t happy with college art courses, though. Maybe it was just the instructors I had but it was too formal. If you don’t follow the rules, you’re doing it wrong, that sort of thing. Well, as far as I’m concerned, art is whatever I want it to be, regardless of whether I follow the procedures of how it should be done. So, I decided then that I would do whatever I wanted, however I wanted and as long as I was happy with the end result, then it was art!

One thing I tend to stay away from currently is portrait pieces. One, because the size I’m working with now is very small and, two, I’m not that good at them when using paint. Pencil and colored pencil portraits are not a problem. In fact, I worked on them almost exclusively during the mid ‘90’s!! Lots of Star Trek, back when it was SUPER popular!! But portraits are very time consuming and strenuous so I decided to do vehicles from movies and TV. Those were a lot of fun! After that, I decided to get back into painting again. However, it can be expensive. That’s when I just happened across some small, 2×2 inch canvases and I had an idea! Iconic scenes from film and TV done on a small scale! The first one I did, as kind of a proof of concept, was the mothership behind Devil’s Tower from Close Encounters. Then I did the Statue of Liberty from Planet of the Apes, Xanadu from Citizen Kane, the exorcist from, well, The Exorcist and a handful more. When I had to resupply on mini canvases, I found what became my preferred size, 2×4 inches!! It’s more like a theater screen and now the ideas are endless!! Plus, since they’re so small, my overhead is practically nonexistent! Depending on the color, a tube of paint can last for months!! Also, storage is a breeze! I’ve done almost 400 of these, sold about a quarter of them and the rest fit in two drawers of a three drawer tower!!

FT: How do you choose what you’re going to paint? 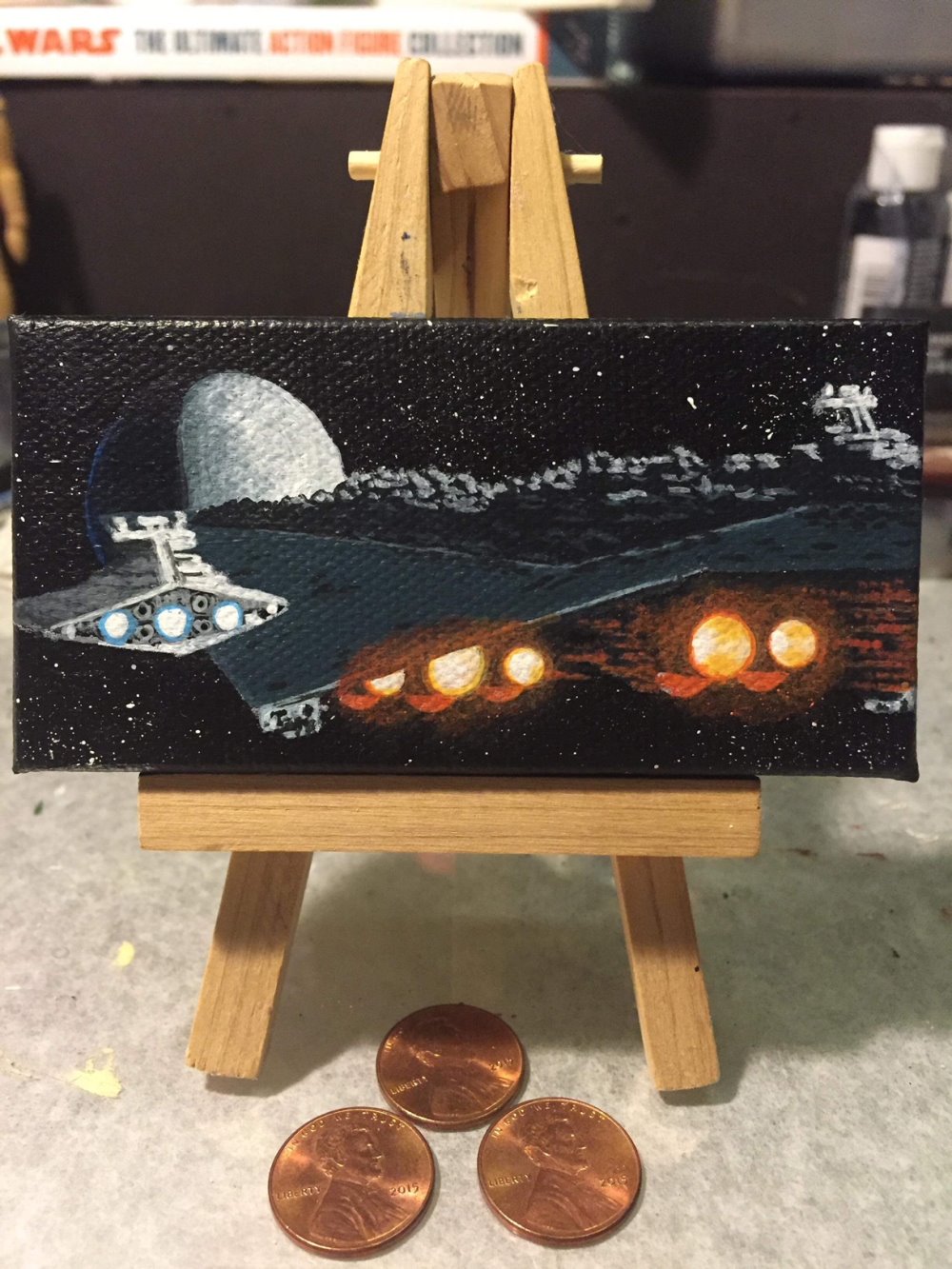 BM: How do I choose what to paint? Well, there really is no pattern to it. It’s whatever grabs me at any given moment. I have a couple hundred photo ideas in my phone so I’ve always got something ready to go. I like to do iconic, recognizable scenes but I also jump at the chance to do something really obscure! The same goes for the films I choose. Popular movies like Star Wars have given me TONS of inspiration. So has Trek and Bond, which I’m currently trying to complete, and a host of other blockbuster films. However, I’ll pick out obscure films as well, like Head, starring The Monkees or Pink Floyd’s The Wall, Fitzcarraldo, even Thunderbolt and Lightfoot!! As I search Google for images, more often than not, I’ll stumble across an image from a film I wasn’t ever thinking about! I also want to find things that will challenge me as an artist! I’ve done a few pieces that have faces in them and I’ve struggled with them and some are more successful than others but I improved with each one!! I’m also a big fan of the silhouette!! One, they are relatively easy and two, they convey A LOT of mood and atmosphere. Plus, they’re fun to do!! And that’s really what it’s all about, anyway!

BM: My work process is pretty simple. I use acrylic paint because it dries quickly. After I have an idea for a painting, I start with the background. When that is done, I’ll do a rough outline of the subject matter and then layer it in, working from darker colors to lighter colors, usually breaking in between as each layer dries. In the three to four hours it takes to do most pieces, there’s quite a few times where I’m sitting watching paint dry!! That’s about it, nothing too spectacular.

FT: What are some of your favourite parts of pop culture? 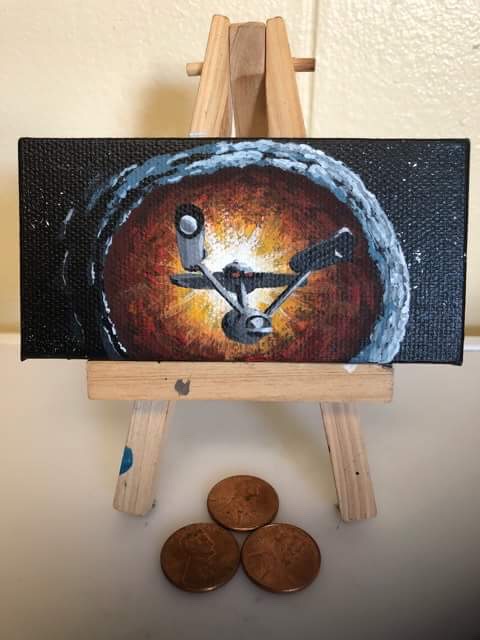 BM: My favorite part of pop culture is that it is for everyone!! Total strangers can talk to each other because one is wearing a pin or a shirt that the other is a fan of!! It’s also an escape from the realities of life. Plus, it’s also common ground for a lot of people, especially on social media! When I was a kid, me and a couple of others were the only Star Wars fans I knew!! Today, I’m being interviewed by a friend in Australia!! How cool is that? Also, pop culture is responsible for some of the BEST movies and TV shows, books and novels, theater, sports…the list goes on and on!! Everyone is influenced by it in some way, whether they like it or not!

FT: Is there any films/characters you haven’t done yet you’d like to do next?

BM: What’s on my To Do list? Well, the easy answer is…everything!! Seriously, I’m never at a loss for something to do. The upcoming Han Solo film has already produced a few paintings with more to come, I’m sure. I’d like to do more from classic cinema. Images from black and white films are always a challenge. Two series of paintings I will eventually complete are James Bond, which I’m currently at 13 out of 24 total, I think, and Fantasia, from Disney. I’d like to have each segment represented in mini painting. I want to do more from TV, too. The way it’s looking, I’ll never have a shortage of ideas!! One thing, though, and I should have mentioned it earlier, is I never duplicate a painting!! Each one is one of a kind!