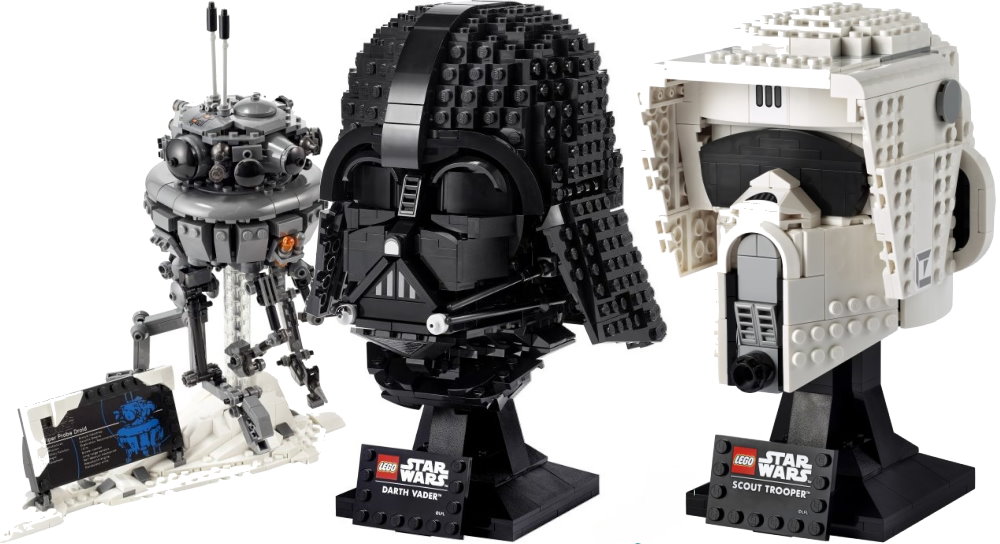 UPDATE: The official site have posted an interview with the designers of the new sets.

StarWars.com: With Vader and the scout trooper, you have some really interesting and odd angles and shapes in their helmet designs. How difficult was it to adapt those features to LEGO form?

César Carvalhosa Soares: In the Darth Vader helmet, the outer shell was fairly straight forward — basically sculpting with different plates. The hardest part was indeed the nose and eyes area. To achieve the necessary angles and shapes, different sub-builds were made and attached to the model in all kinds of directions and odd ways. For example, the eyes have a clip on the back that connects to a vertical bar, and this allows for them to be positioned in the correct way — slightly angled to the outside. Another interesting and challenging part was the nose, where again several clips and bars are used to get a Z shape sub-build that fits snugly between the eyes. 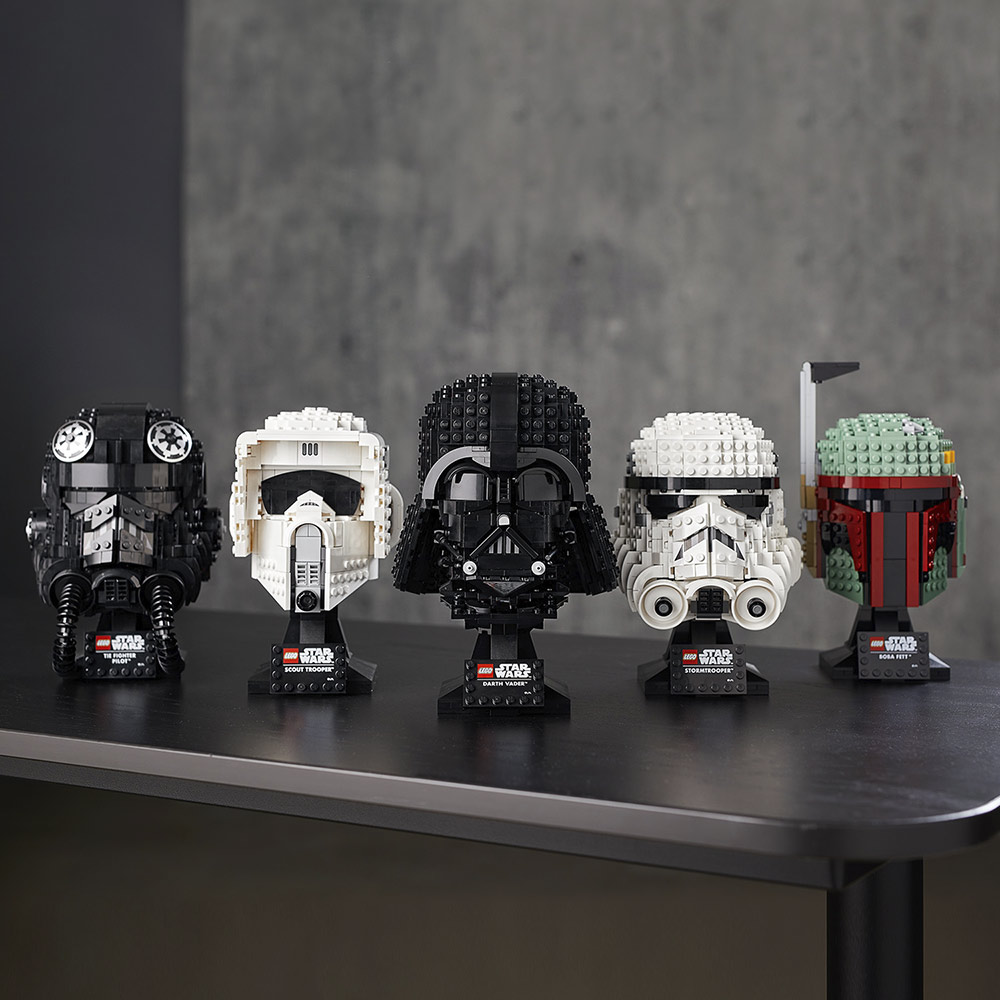 Hans Burkhard Schlömer: When designing a helmet, it involves the use of more “sculpting” techniques than creating a play set of, for example, a spaceship would. This means we get to use more basic elements to create a shape, instead of using a larger element that already has a specific shape. For the “nose” of the scout trooper helmet, however, I had to use a car mudguard [a.k.a. fender] to match the reference!

StarWars.com: The probe droid is my favorite of the bunch, which I was lucky enough to receive and build. What really amazed me is how it replicates the kit-bashed look of the original prop. How challenging was that to accomplish?

Jan Neergaard Olesen: I am very glad that you like it, it is also my favorite! But to give you a “short” answer: Very challenging! Especially all the sensors on the head that have some very non-LEGO-friendly angles and in very tight space, which gave me quite a bit of headache during the development. Also, the arms were very challenging. To achieve the right look of the arms in different sizes and shapes and still ensure the right quality and stability was not easy at all. But generally we are always aiming to build in as much detail in the models as possible, and getting as close as possible to the original reference material we receive from Lucasfilm. 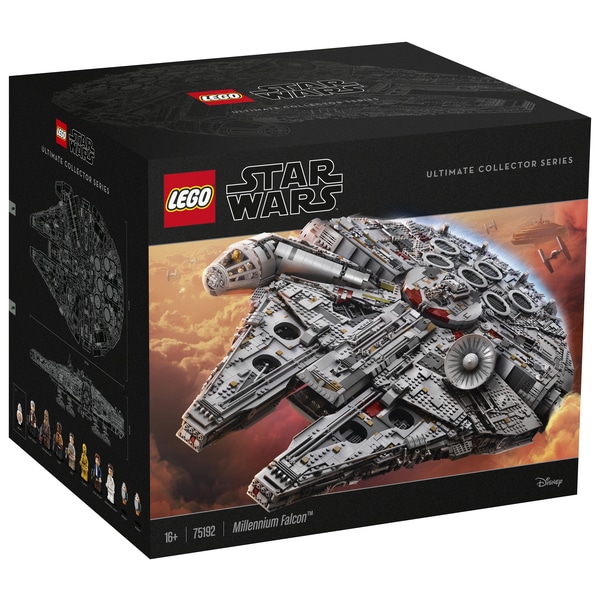 Get your LEGO Millennium Falcon from LEGO.com

Hand another thing: Mark Hamill and the LEGO Luke hand

Could Force ghost figures be coming to LEGO?: “So never say never – things are changing”

The 3rd biggest LEGO set of them all: 75192 Millennium Falcon

The Prophet: A Stopmotion LEGO The Mandalorian Fan Film

This is the way: LEGO Star Wars Advent Calendar confirmed for 2021