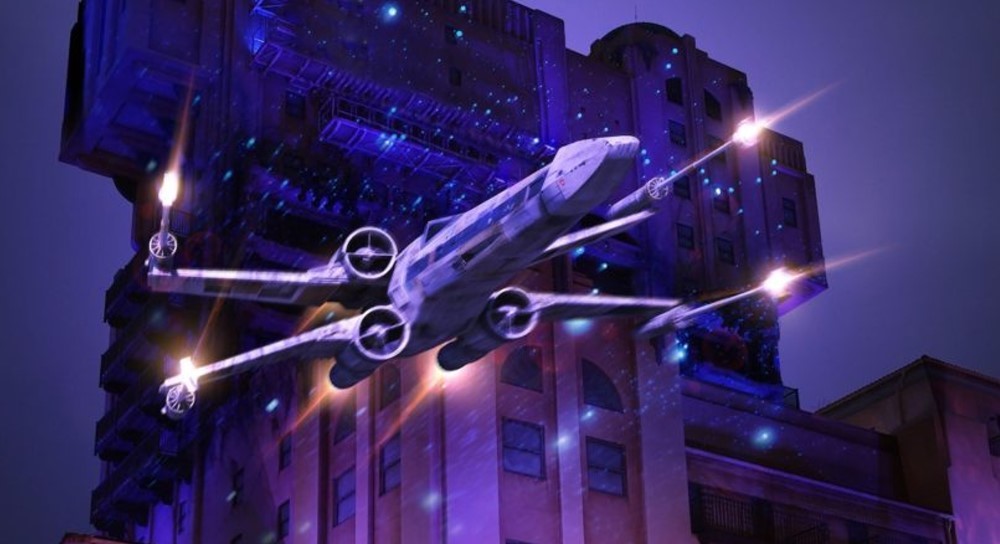 Great news as Season of the Force returns to Disneyland Paris for 2018, running from 13th January to 25th March.

From 13th January to 25th March 2018, live the most epic of Star Wars™ adventures as the Season of the Force takes over both Disney® Parks with more intergalactic immersions than ever before. Blast off to a galaxy far, far away, where breathtaking shows, jaw-dropping attractions and unforgettable Star Wars Character encounters propel you into your very own Star Wars story – an out-of-this-world adventure any true Jedi won’t want to miss.

The most spectacular show in the galaxy. Lift off and relive the Star Wars saga’s most meteoric moments in this nighttime extravaganza fully charged with state-of-the-art projections, special effects, music and live Star Wars Characters.

A true show of the Force. Jump into the thick of this action-packed show, where live Star Wars Characters and special effects bring dazzling displays of the Force to life before your very eyes.

There’s no order without the First Order. Stand back and witness for yourself the striking stature of Captain Phasma directing a battalion of stormtroopers through an iconic demonstration of galactic might.

Close encounters of the dark kind. Keep your cool as stormtroopers patrol the streets, hunting rebel spies. And bow down to the dreaded Darth Vader himself at Starport in Discoveryland.

Prepare for even more intergalactic excitement when Star Tours: The Adventures Continue launches in Discoveryland®. For the first time in a long time, rebels of all ages will board a Starspeeder 1000 and take off on a thrilling 3D voyage to stunning star systems and war-torn worlds, from Jakku and Hoth to Tatooine and even the dreaded Death Star.

Loaded with state-of-the-art technology and over 70 mission combinations, this is an experience sure to thrill the most devout Jedi in the galaxy.

Launch yourself into Star Wars Hyperspace Mountain for an epic takeover of a classic space attraction. Enlist in the Rebel Alliance and blast your way through a swarm of Imperial TIE fighters before doing battle with a menacing Star Destroyer.

Fantha Tracks are planning a group trip to cover the activities, so stay tuned for more coverage.

Meet the producer and stage manager of Star Wars: A Galactic Celebration

Star Tours – L’Aventure Continue To Get ‘Rise Of Skywalker’ Update

Disneyland Paris to double in size by 2030

Legends of the Force: A Celebration of Star Wars: January 12th to March 17th 2019

Disneyland Paris announce 2019 plans and Legends of the Force