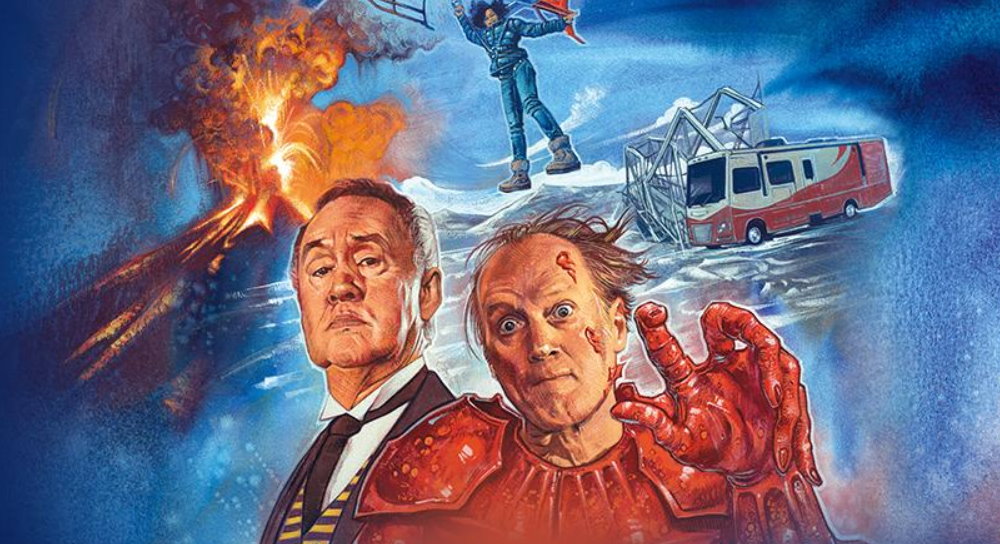 This hilarious new comedy about the actor’s life is written by and co-stars Adrian Edmondson and Nigel Planer (Comic Strip Presents…,Filthy, Rich & Catflap, The Young Ones) and is directed by Steven Marmion, Artistic Director of Soho Theatre.

Gary and Hugh were students at RADA together. Now in their sixties, they meet in an Icelandic wasteland, on the set of a fantasy movie. Hugh has had a plodding career but has landed the role of Vulcan’s butler – a small but regular role – and he’s making his seventh film for the franchise. Gary is a one-time Hollywood A-lister who has fallen on lean times and is playing a guest monster with four hours in make-up and one word in the script. Sparks fly inside the trailer as old wounds are opened and outside the trailer things are not going to plan either: the director’s gone AWOL, the catering truck’s on the wrong side of a ravine, and the volcanic activity is growing more and more lively by the minute…

Adrian Edmondson is best known for his role in Bottom, which he wrote with Rik Mayall. On stage they starred together in Waiting For Godot and Ade also appeared in the West End run of The Rocky Horror Show. More recently he has appeared in War & Peace, Twelfth Night at the RSC, and in a cameo role as Captain Peavey in Star Wars: The Last Jedi.

Nigel Planer has worked extensively in the West End with leading roles in the original productions of Evita, Chicago, We Will Rock You, Wicked, Hairspray, Feelgood and Charlie and the Chocolate Factory. He won a BRIT award in 1984 and has been nominated for Olivier, TMA, What’s On Stage, and BAFTA awards. He created the spoof actor character Nicholas Craig and featured in the Doctor Who: Live tour as Vorgenson, The Inter-Galactic Showman.