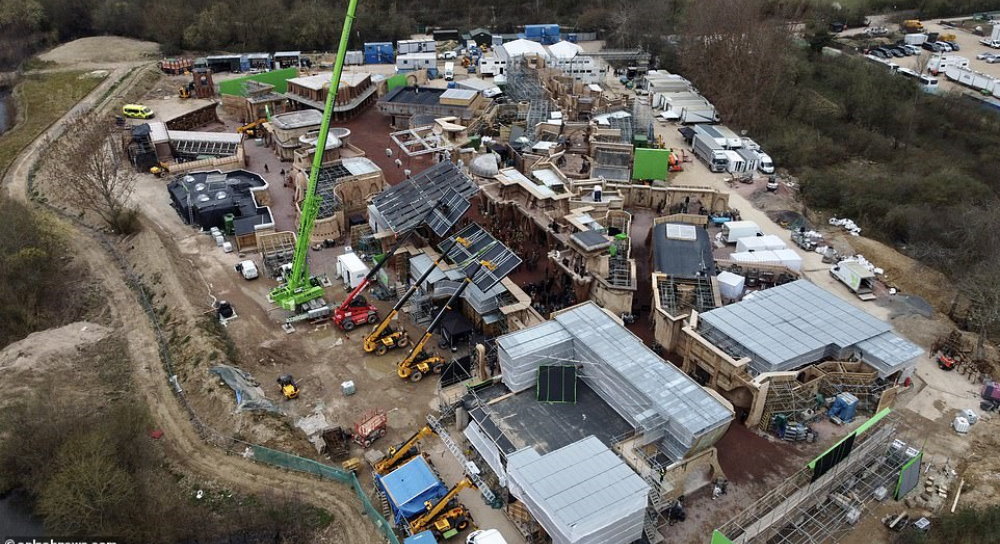 Filming of ‘Andor‘ at its Little Marlow exterior set location is due to be complete this weekend.

In correspondence to Little Marlow Parish Council detailed in the Council’s 9th March minutes, a representative for Lucasfilm revealed that the 18th of April would be their intended end date at the site, at least for now…

Site owners, Buckinghamshire Council Property & Assets Directorate, have an existing application to extend the planning permission for temporary use of the site as a filming location for the period of May through November this year.  This application was submitted last October to the council, as the production attempted to cope with restrictions and disruptions caused by the Covid-19 pandemic.

It remains unclear if that period of filming will still be needed.

Regardless, the Council has still to make a decision on whether to grant that extension request, and a decision will not be taken until at least the 27th of this month when the West Buckinghamshire Area Planning Committee next sits, however at this time the planning request is not on the agenda for that meeting.

The extension of the permission was originally for a period of three years.  However, this request has been adjusted to the reduced period of 1st May to 1st November.

The owners of the site, Buckinghamshire Council Property & Assets Directorate wanted permission for a three-year period as they intend to hire out the site for other future film productions.  This remains their long-term plan.  However, the extension request was modified to cover only the period of hire for Lucasfilm.  Following Lucasfilms’ use of the site, the site owners will seek longer-term permissions for the site to become part of the UK’s growing film production sites and facilities.

It should be noted that objections to both the extension, and further use of the site for filming purposes are strong within the local community, and also with bodies such as the Environmental Agency.  The local parish council is however in support of the application.

Andor continues to film at Pinewood Studios and at other locations in the UK under the codename ‘Pilgrim.’   A name originally thought to be intended for the Obi-Wan Kenobi production.