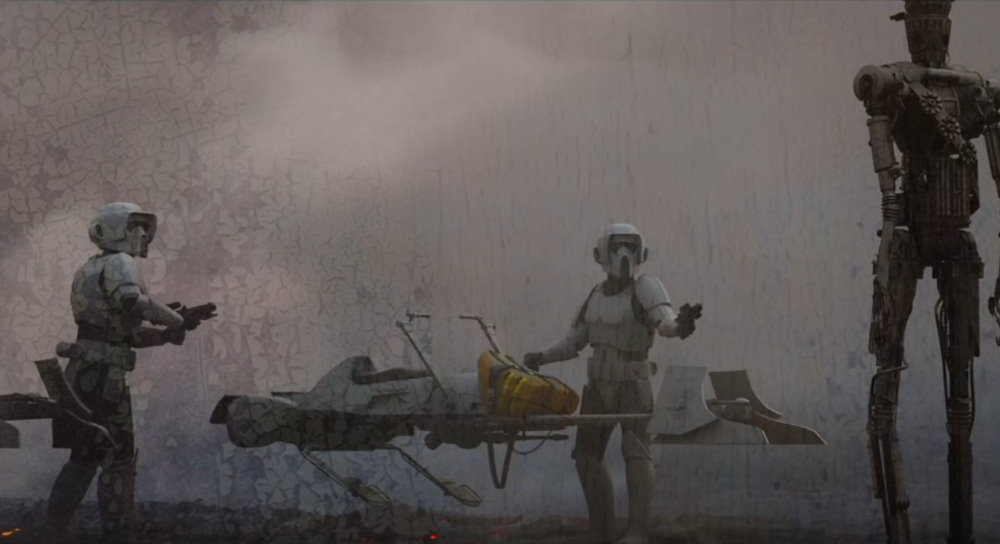 For fans of the saga who ever wonder what Imperials chat about when they’re on guard duty, left at post miles away from anywhere, perhaps protecting a perilous shaft or riding across the Navarro desert transporting a tiny green alien, the final episode of The Mandalorian‘s first season gave some answers. Actor Jason Sudeikis was in that very scene, but it appears he doesn’t remember too much of what he filmed as he explains.

Did you feel the cultural significance when you punched Baby Yoda and did you face a bit of backlash with that?

Yeah, that was a whole thing. You know what? I kind of forgot about it. I can’t remember exactly how many weeks, months went by from when Adam Pally and I did that with Favreau and Taika Waititi. For me, the most significant thing was my little boy Otis, who, like any little kid from the last 50 years, loves Star Wars. And I remember he even got to see baby Yoda. And it didn’t hit me when that became such a huge thing when the first episode of Mandalorian premiered and everybody went hog wild about Yoda, baby Yoda, it didn’t even hit me then like, “Oh s***.” 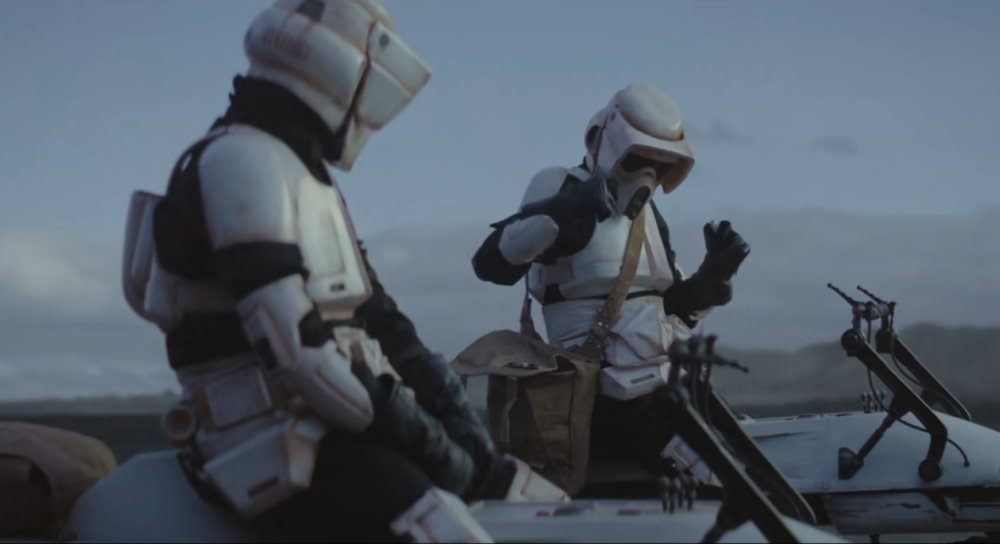 Nope. Forgot. Didn’t even… because it didn’t show who he was before and it was just this one-off neat thing where you get to dress up like a scout trooper, not a Stormtrooper just so you know. [Laughs] I think its a scout trooper, it’s not a Stormtrooper. Anyway so they premiered on a Friday or a Saturday, whatever it was, I know it was the weekend because Otis and I were playing video games and Olivia [Wilde, Sudeikis’ partner] came into the room and goes, “Hey, you’re trending on Twitter” and I’m not active on social media so in this day and age it’s kind of like, “Oh, that’s interesting.” And then immediately it’s like, “Wait, why?” I have no idea why. I already got a hard enough last name to spell. For it to be trending is bonkers, and then when she says, “apparently you punched Baby Yoda” and I was like, “Oh, that’s right!” I totally forgot that I literally hit… then I watched it and I was like, “I’ll be darned. How about that?” So that was the extent of it. It was very surreal and I started getting texts from friends going, “You bastard” and people saying like, “Did you really get to wear the suit or was that just your voice?” All those funny questions. And Liv is active on social media so I knew she was catching some guff on my behalf.

Lesson learned. If you want to get trending on Twitter, this is how you do it.

MeUndies reveal their The Child range