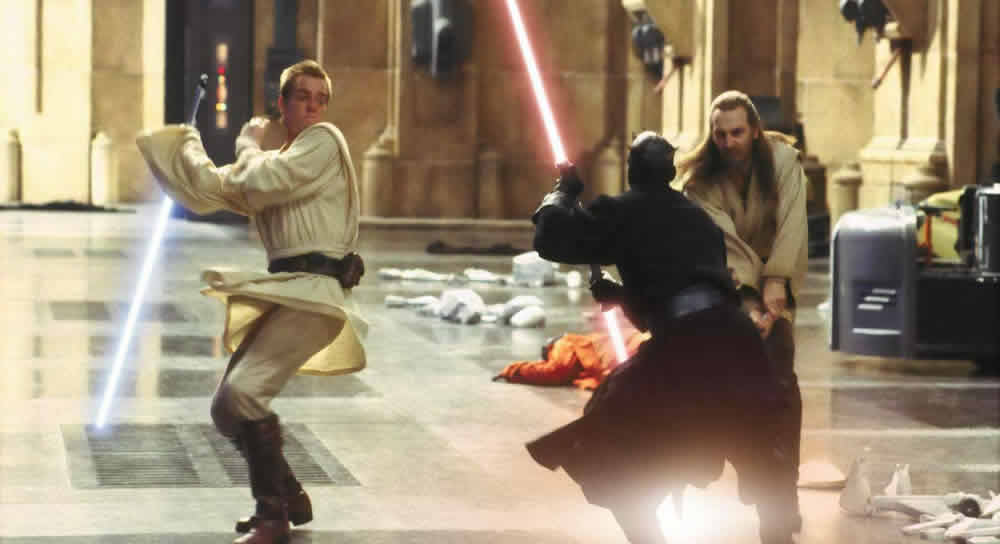 Although The Phantom Menace received a lot of negative reviews from critics and fans alike back in 1999 many of us enjoyed the movie.  Fantha Trackers have got together to point out moments where The Phantom Menace was better than any Star Wars movie that came before. 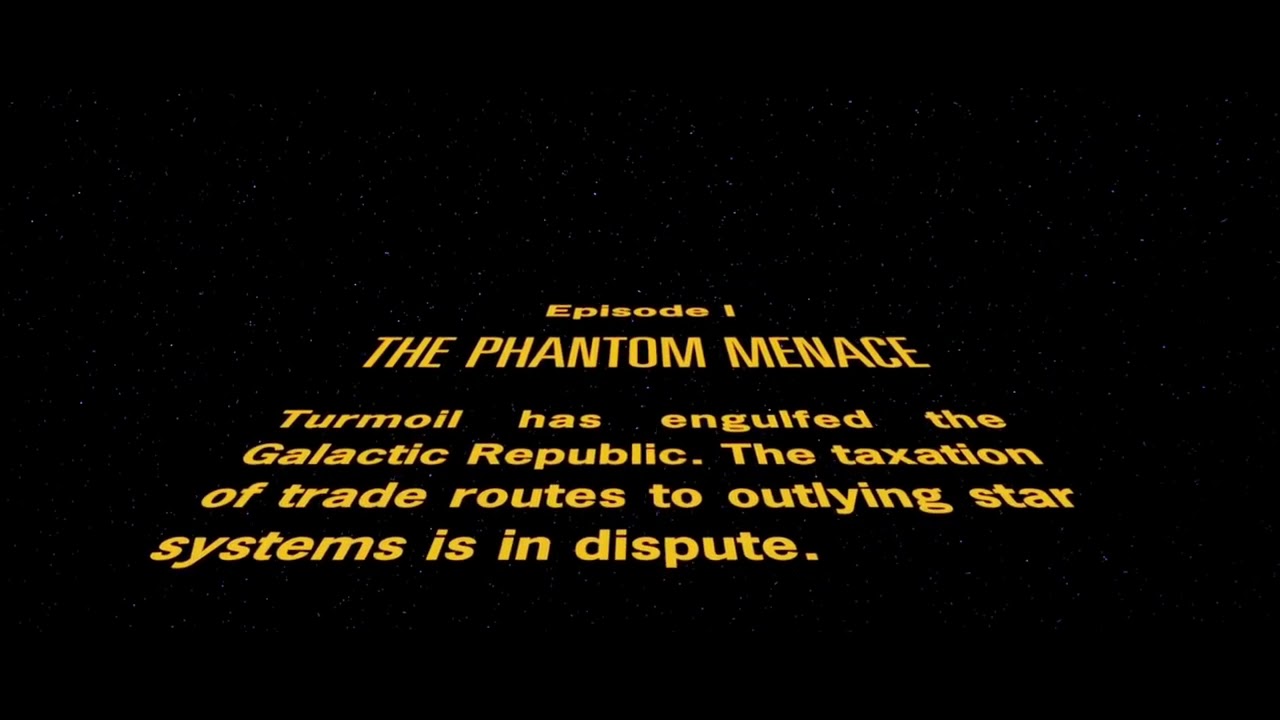 I’ve always enjoyed the opening crawls in Star Wars.  During the first thirty seconds we were greeted to the tantalising taxation of Trade Federation routes where….ok, so that wasn’t a great start to the movie.  The original trilogy has always held a special place in my heart although I’m the first to admit it has its flaws looking back now, and it was always going to be difficult to justify this.

The music, acting, effects, costumes, ships, storyline the original trilogy is strong in most areas.  But I’m going to go with  the lightsaber battles. 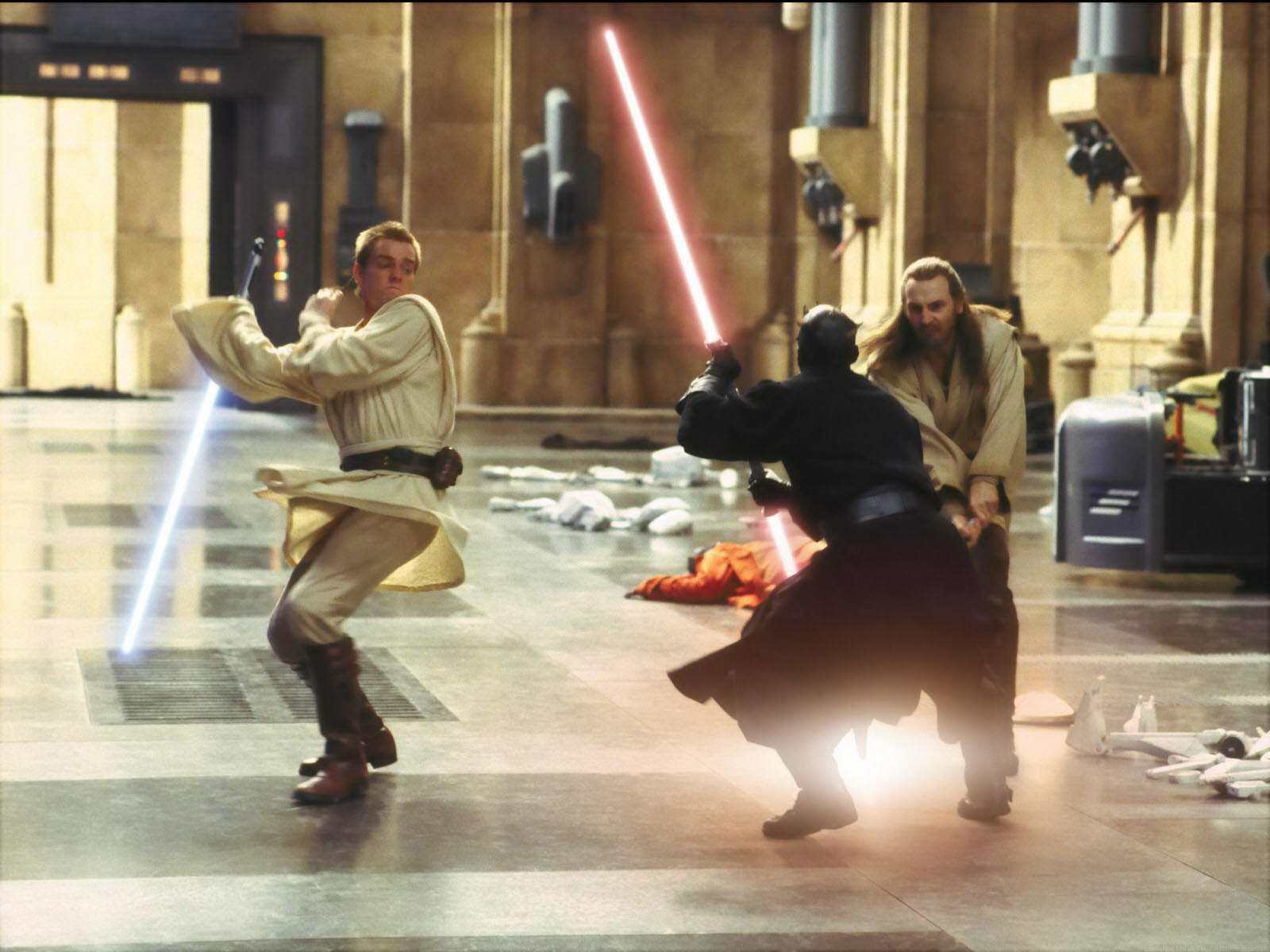 The lightsaber fights in two of the original trilogy movies are largely unsatisfying for me now.  Vader v Ben is little more than saber rattling and in Empire, Vader uses the force to throw objects at Luke as he doesn’t want to hurt him.  The second part of the duel in Jedi is fantastic but I think is just edged out by the Maul v Qui-Gon and Obi-Wan epic.  John Williams cannot be given enough credit for the excitement and the set is astonishing.  Three athletes at their peak condition spinning and kicking, I’d have loved to see Luke battle a Sith in a post Jedi movie sing this level of theatrics.  One of the things robbed from us in the sequel trilogy thus far.

The Phantom Menace made me a Star Wars costumer. I never wanted to be a stormtrooper, and Leia was a cool character but her dresses were not exciting enough to make me want to recreate them. The design of The Phantom Menace is in a league of its own. It is the blending of space, history and ethnic influences that turned it into a masterpiece. The details of the costumes worn by the characters, and not only the main ones, were extraordinary and it made me want to recreate them all, not just Queen Amidala or her handmaidens.

Amidala maybe was not treated the best as a character in Attack of the Clones and Revenge of the Sith, but in The Phantom Menace she was the queen in control, and she was not alone. She was supported by Sabé, Rabé, Eirtaé, Yané, Saché, Bravo 5 and Bravo 7 when it was time to fight the Trade Federation and free Naboo. 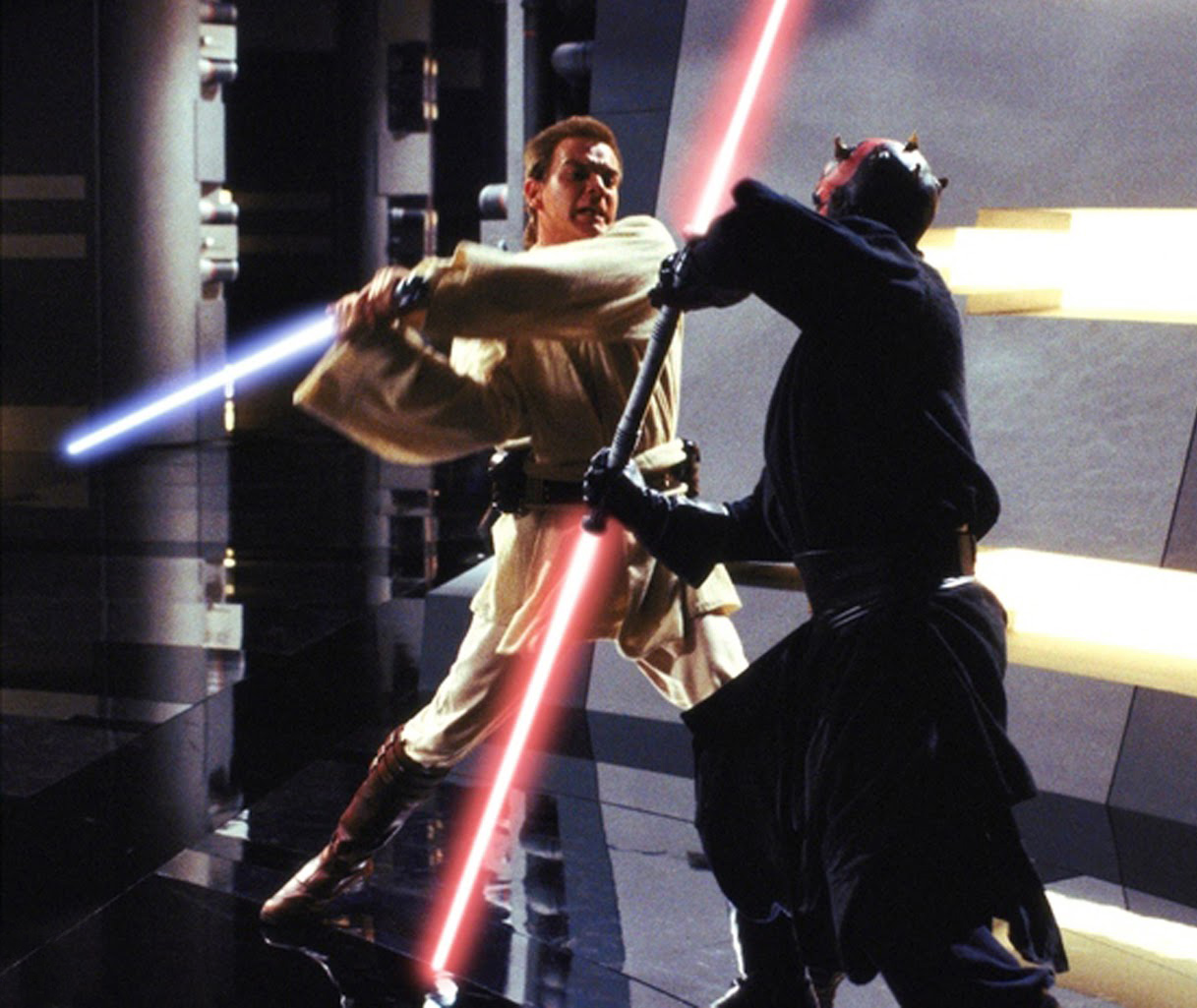 The lightsaber battle at the end of The Phantom Menace is one of the best of the entire saga and was our first chance to see Jedi and Sith in their prime battling it out. The choreography in the battle between Qui Gon, Obi Wan and Darth Maul was stunning.

There are plenty of people who appreciate the prequels for what they did so very well – shine a light on a different era of the galaxy, before the scourge of the sith returned to throw the citizens of the galaxy into darkness. While the original trilogy had plenty of scope, flinging us from Tatooine in the Arkanis sector of the Outer Rim right up to Alderaan in the Alderaan sector of the Core Worlds and back to Endor in the Moddell sector of the Outer Rim, the prequels expanded that scope tremendously, hurling us around the galaxy at lightspeed and showing us the gradual slide – the creeping fear – that engulfed the galaxy.

The original trilogy and the sequel trilogy focus very much on the central characters of their respective films, and while the prequels have at their core the relationships between Obi-Wan and Qui-Gon, and Anakin and Padme, the broader scope – the politics, the rot within the senate, the cloud blinding the Jedi to the approaching evil – is what sets these films apart. It’s a very different approach, presenting far less of the snappy humour of the original trilogy and substituting it for a more formal, sometimes regal approach that saw the central characters police the galaxy. They may have been fiddlers while Rome burned, but as observers to the impending fall we had the very best view.

Whilst the Original Trilogy was very much a swashbuckling tale with our heroes facing a known enemy, the prequels for me were a much more subtle affair. 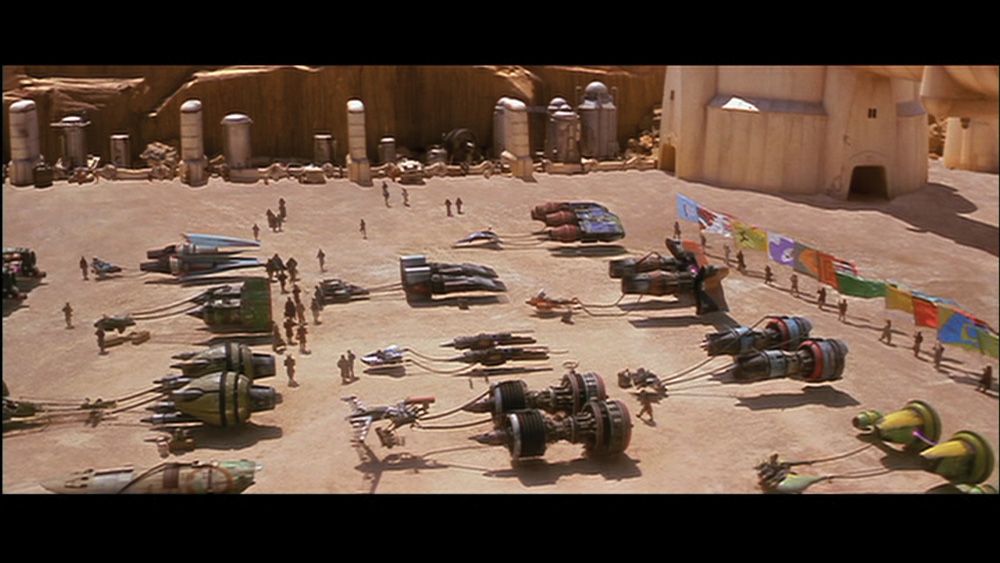 Yes, we still had the parallels from the original trilogy – podrace/Endor speeder chase, space battles, and even a daring rescue (although Palpatine is no princess), but the setup for what becomes the creation of the Empire is a wonderful lesson in political maneuvering to achieve your aim and the mystery and subterfuge play out brilliantly.

This may well not have been possible if George had started all those years ago with Episode 1 instead of what is now known as Episode 4, as I believe the overall slower pace would not have sat as well with cinema audiences, and we may not have got the sequels we hold so dear.

So whilst they may have their detractors, the prequels serve a very good purpose in storytelling and setting the scene for what follows, and will potentially conclude later this year…. 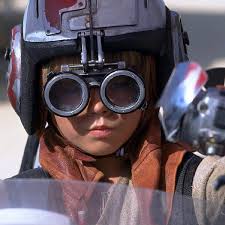 Hands down I have to say its all about the Podracing for me.  The whole of that section of the film is just stunning.  The fact that not only do you get a great piece of action but you also get character development of the racers and it genuinely moves the story forward is incredible.  I could watch that scene over and over again (and I have) as it has so much going on and for me I don’t think anything that tries to emulate it would ever come close.

I mean daaaaaaamn.  How amazing was that choral element, the way it elevated the moment, and instantly made that lightsaber scene not just a  moment, but a cinematic moment.  I heard the soundtrack before I saw the film, and was spoiled by its titles like everyone else.

When I first heard Duel of the Fates I was not sure if I liked it.  Choral music didn’t belong in Star Wars, at least not in 1999.  I just didn’t see how it would fit.  But seeing, and hearing that moment in the movie – I was on my feet, Pepsi and popcorn went flying.

THIS was Star Wars.

This was my childhood not only recaptured but thrown into the stratosphere and giving me Star Wars like I had never seen, and only dreamed of. The Nick Gillard designed fight sequence, the aggression of Ewan, Liam and Ray in the roles (and their stunt doubles).  The incredible set design.

The genius direction of Lucas, with those silent, paused moments that just added to the tension.  As Star Wars moments go, I don’t think you get better.  Now, Then, Forever.