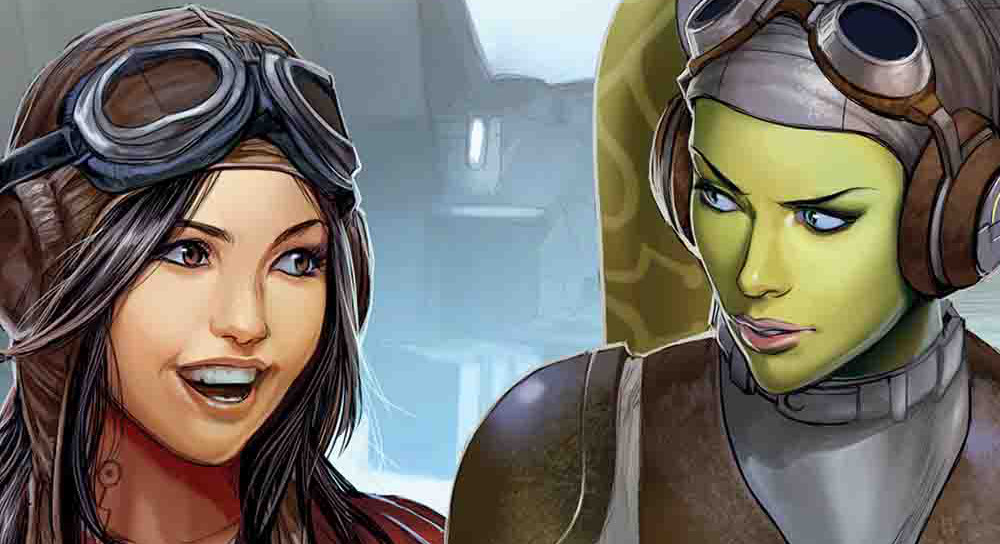 The March solicitation from Marvel Comics have arrived and they feature the return of Hera and Tarkin to Star Wars comics. 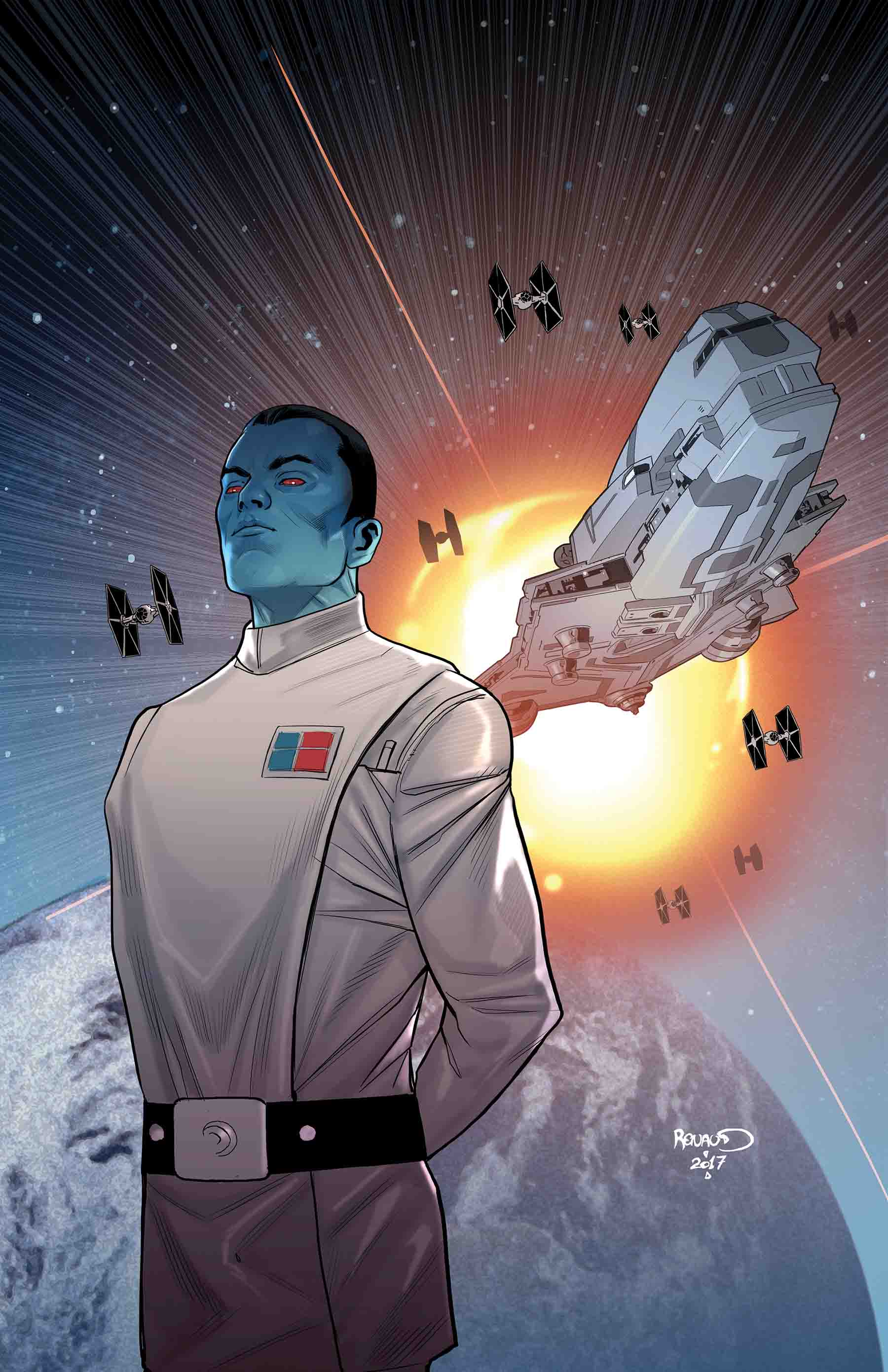 THE RISE OF THE GRAND ADMIRAL CONTINUES!

Mitt’hraw’nuruodo, better known as Lieutenant Thrawn of the Galactic Empire, has graduated the Imperial Academy with the highest marks possible, as well as been assigned his own personal assistant, Ensign Eli Vanto, but that doesn’t mean that everyone in the Imperial army wants him to succeed. Tensions run high in the ranks of the Empire as Thrawn continues to defeat new enemies. 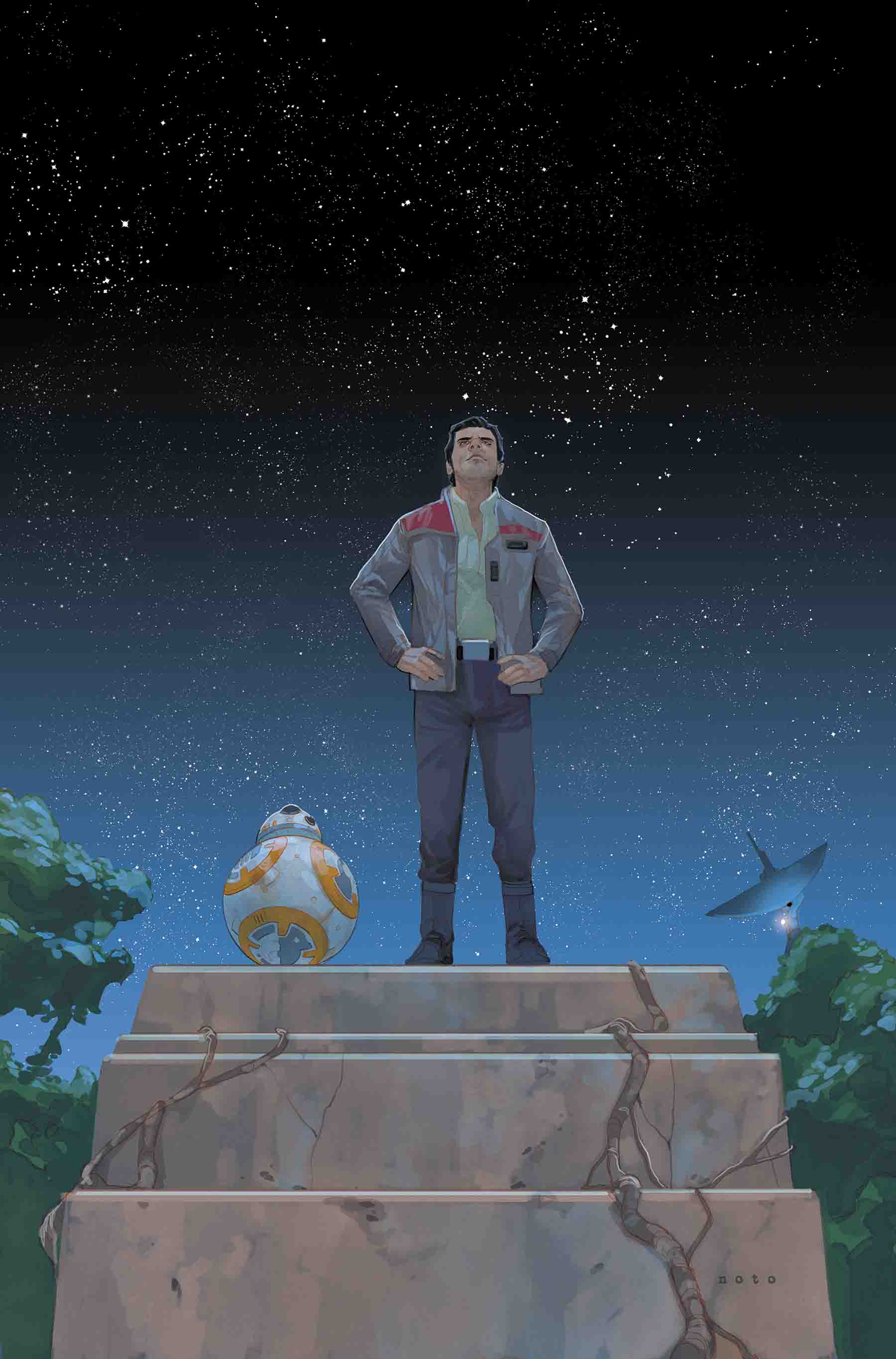 It’s the end of an era for Poe Dameron. With the Resistance and the First Order on a collision course and his mission to find Lor San Tekka nearly at an end, the force of Poe’s destiny draws him on toward an awakening… 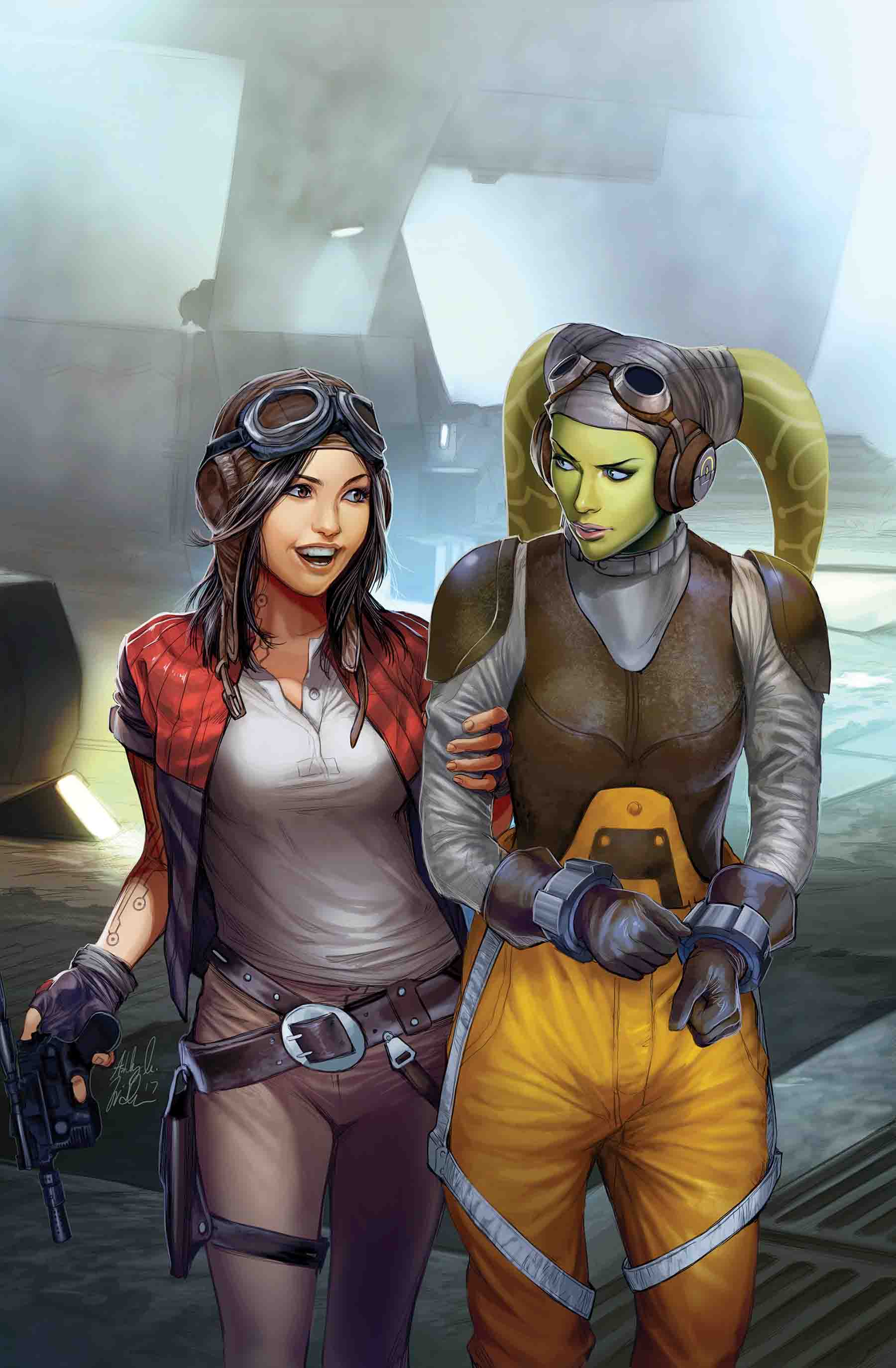 Doctor Aphra is being blackmailed by Triple-Zero to run missions for his underground crime syndicate — but that doesn’t mean she can’t cause trouble and have fun along the way! Sometimes that fun means infiltrating Rebellion training grounds…and sometimes that trouble means crossing paths with famed rebel Hera Syndulla herself!

THE REBELLION NEEDS YOU!

The Empire takes from all of us — our freedom, our dignity, our hopes and for some, even our lives. The Rebel Alliance fights to take back our galaxy from the forces of oppression…but we need your help! Be a part of the solution — JOIN THE REBELLION TODAY! 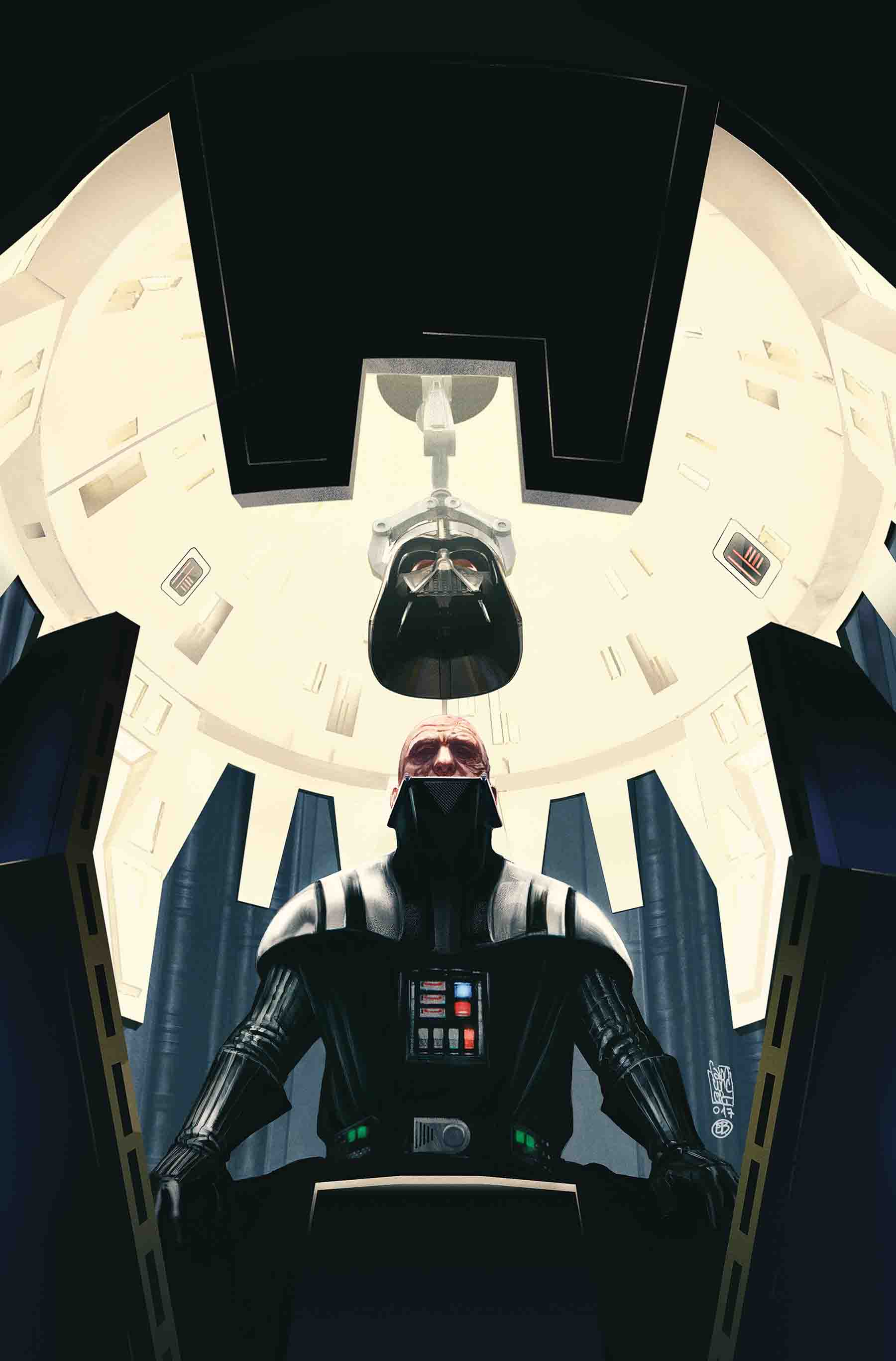 As the Empire’s grip tightens, the stirrings of Rebellion begin in the Mon Cala system. Order must be maintained…a job which falls to Vader, his inquisitors…and Wilhuff Tarkin. 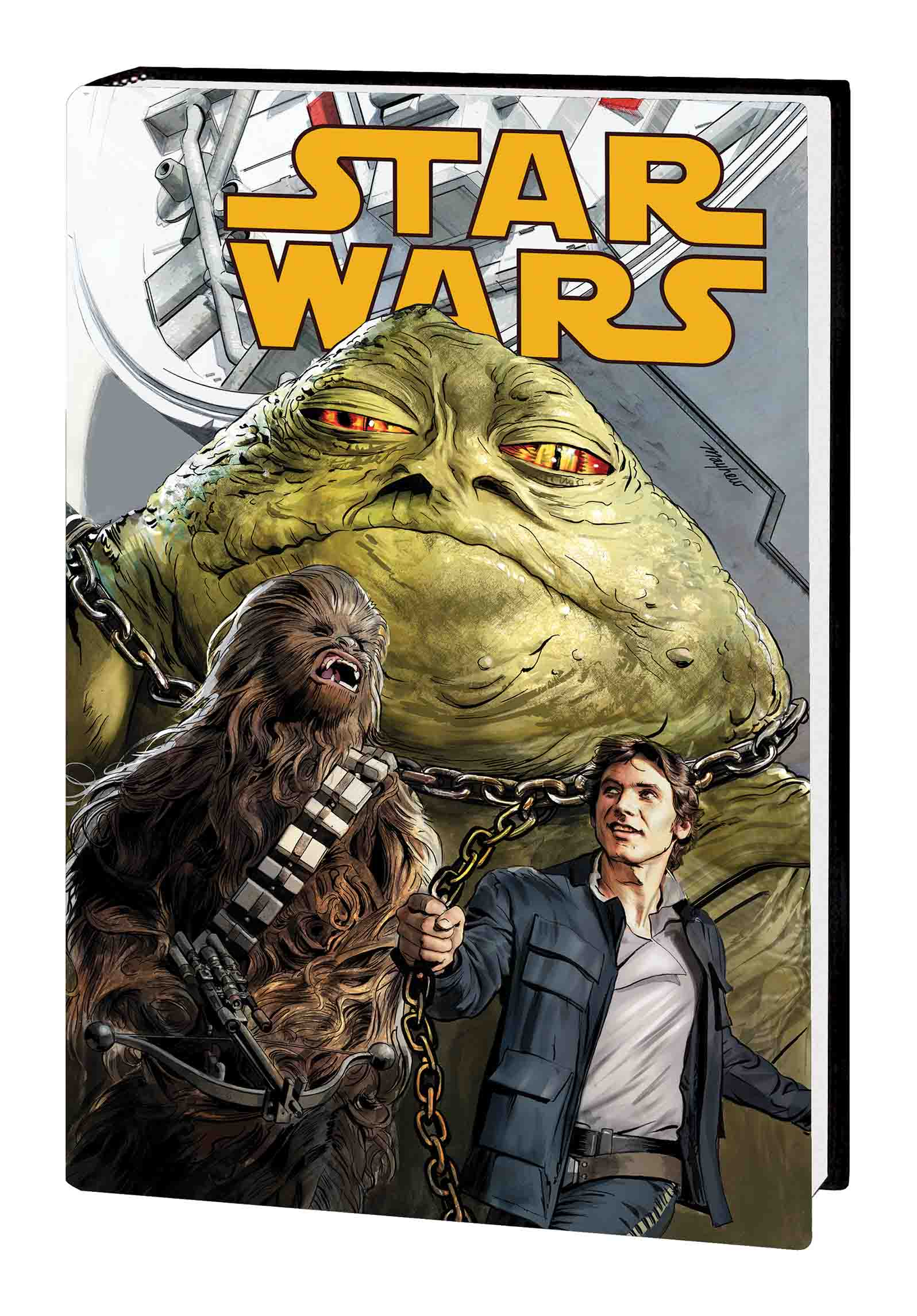 With one member of the rebel crew captured and imprisoned, we return to the journals of Ben Kenobi and a legendary adventure of Jedi Master Yoda! He’s trapped on a world full of vicious, mysteriously powered children. Not easy, will this be. And the ripples of Yoda’s struggle in the past will be felt by Luke Skywalker in the present! Then, Luke finally gets the alone time he’s been after with Princess Leia — unfortunately, it’s while they’re stranded on a desert island! Meanwhile, Sana and Lando join forces on Coruscant, while Han and Chewie return to smuggling — for a Hutt?! Plus: Leia takes on a deadly top-secret mission, and Han has a dangerous idea for a new rebel base. And what are the droids up to? The epic saga continues! 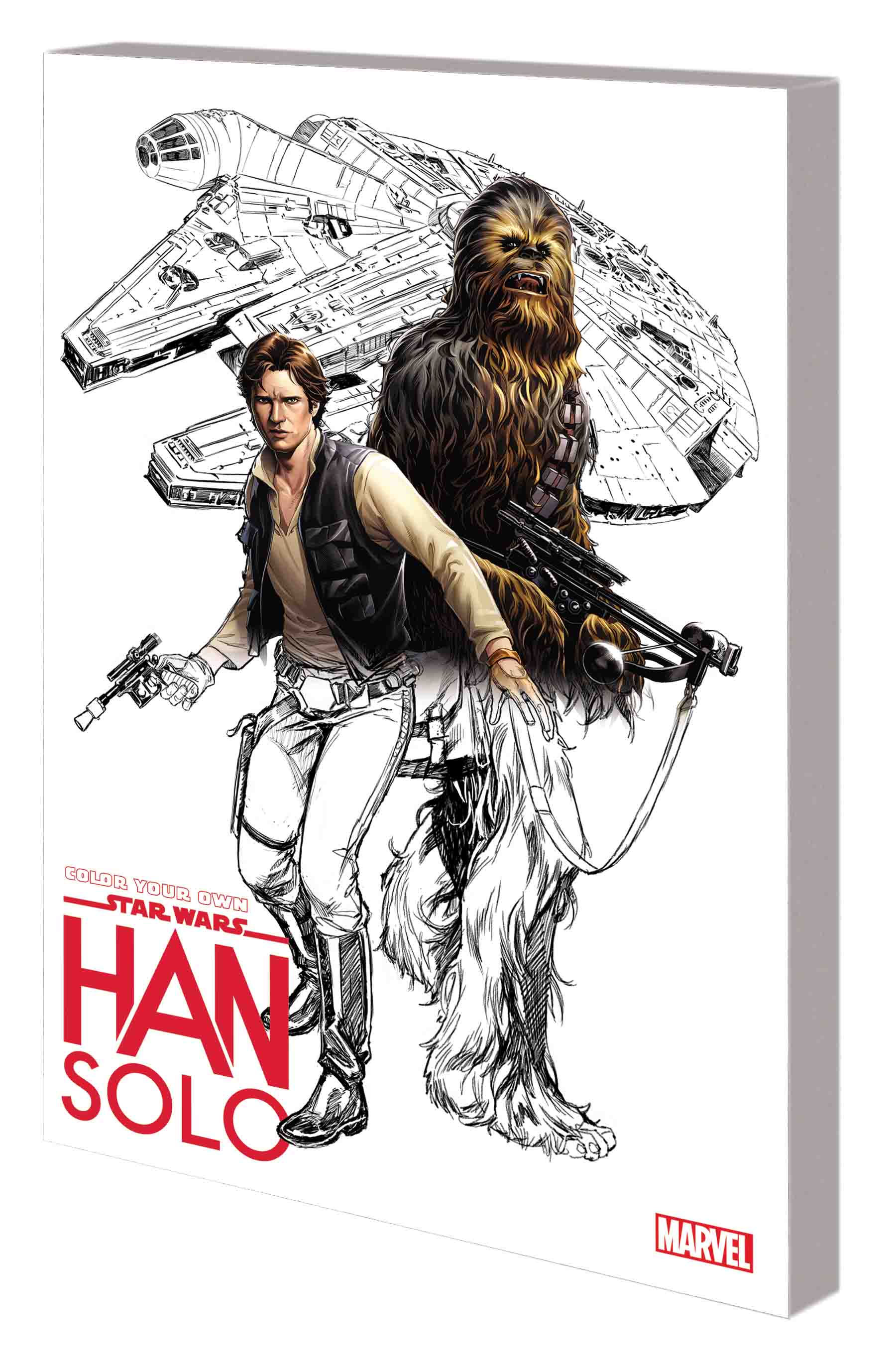 You love Han Solo…and he knows it! But don’t let that stop you from showing your affection by spreading color across his world! The galaxy’s greatest smuggler, his beloved piece-of-junk ship that’s got it where it counts and his Wookiee best pal (Laugh it up, fuzzball!) are all here in glorious black-and-white artwork by Marvel’s finest, waiting for you to bring their pages to life. Hokey religions and ancient weapons are no match with a good crayon, pen or pencil at your side, kid! So grab your favorite color and punch it! But don’t get cocky. Han isn’t known for staying within the lines, and you might have some trouble, too. What are the chances you’ll get through Han’s whole book without making a mistake? Never tell him the odds! 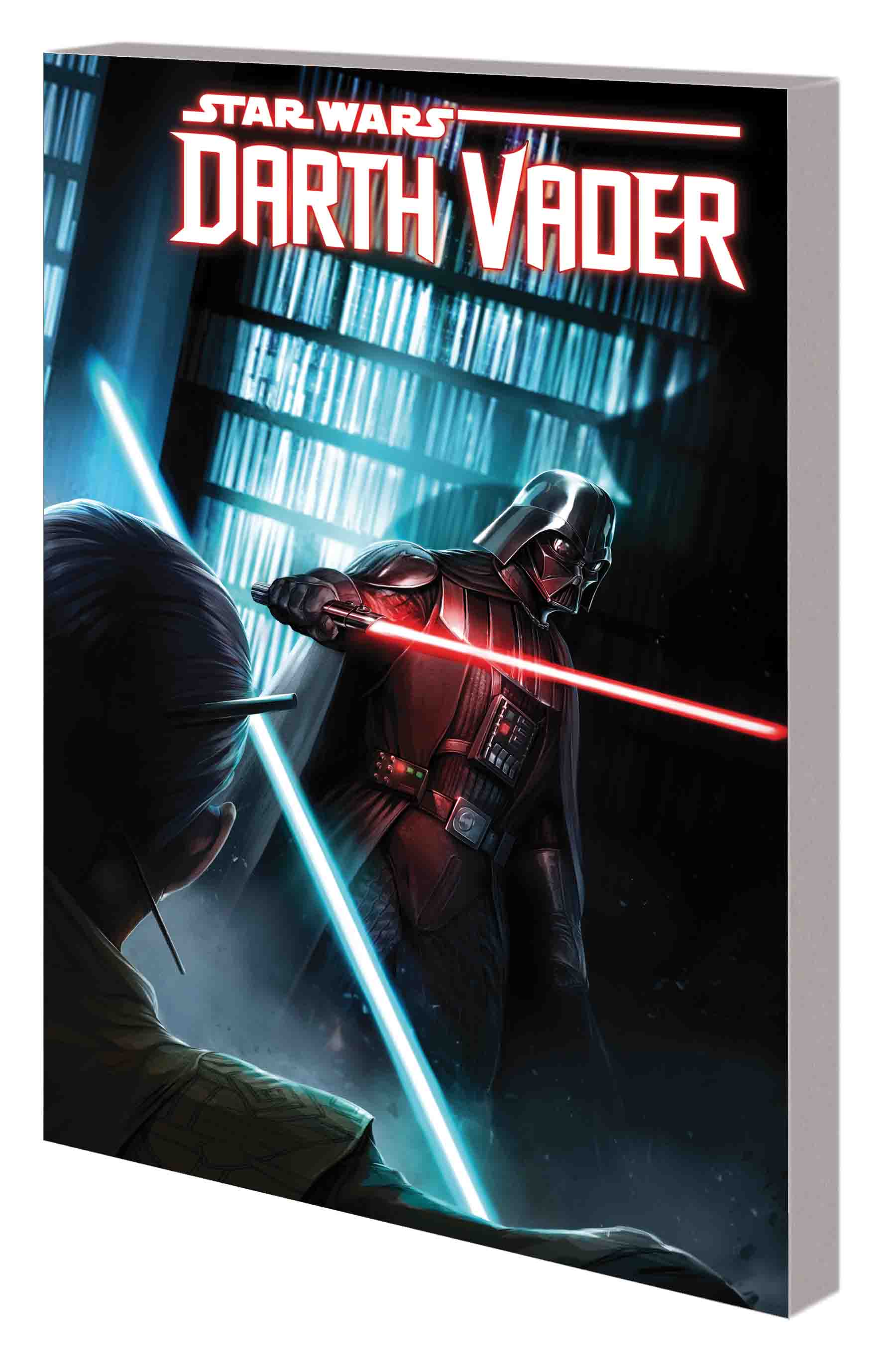 Jocasta Nu, the Jedi Temple librarian, is making a desperate effort to gather and preserve whatever she can of the Jedi legacy after the purge. Vader and the Grand Inquisitor cannot let her succeed. They are sent after Jocasta by Palpatine, who views her as a particular threat — for her knowledge makes her almost a one-woman Jedi Order, and that must be stopped. So why has the Emperor commanded Vader to keep Jocasta alive? And what secret information will she risk everything to protect? Meanwhile, Vader discovers that an expensive bounty has been placed on his head! Who would dare try to challenge the Dark Lord’s place in the Empire? Darth Vader’s story continues!