Not strictly true anymore, as since 2015 philately (or stamp collecting) has been able to transport you to a galaxy far, far away courtesy of the UK’s Royal Mail.

In advance of the return of Star Wars to the big screen, a series of stamps were released celebrating the classic films and The Force Awakens, all from the hand of UK artist Malcolm Tween. Series one comprised 18 stamps, 12 character-based images and 6 ships.

Each of the character stamps features a main character image combined with a smaller image featuring related characters or scenes.

The first collection was made up as follows:

The ship stamps feature a similar mix of classic and new era ships, featuring TIE Fighters and X-wings from both the original trilogy and The Force Awakens, plus AT-AT’s and the Millennium Falcon (on closer inspection also from The Force Awakens).

The stamps are true works of art and have been available not only in their ‘functional’ form but also as postcards and larger framed images, as well as in multiple different pack formats, some of which have been exclusive to conventions such as Celebration Europe 2016, where an unreleased image from the collection was also available 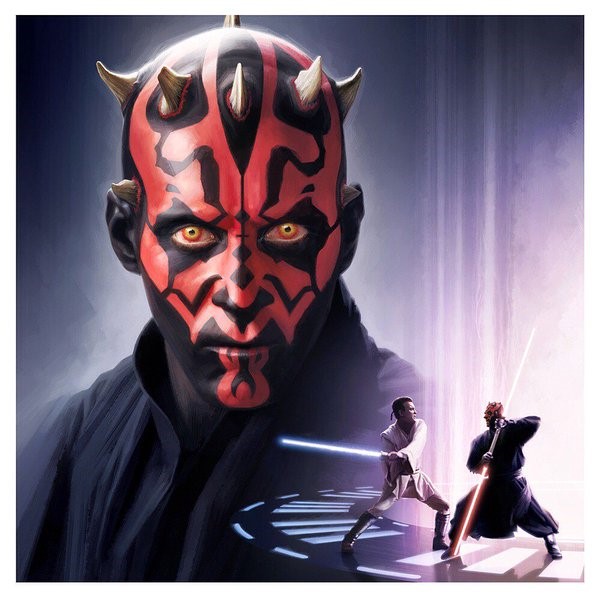 The stamps were also a first (class) departure from the norm as the classic movie type face was used on the stamps to denote the class of postage. There was also secret hidden on the stamps which is only visible under UV light (and no it’s not the identity of Rey’s parents).

So, in anticipation of the next instalment of the saga, a new range of eight stamps has been released, again feature stunning artwork from Malcolm Tween.

This new range follows the same image format as the first series featuring images from The Force Awakens, The Last Jedi and Rogue One. This time round we get droids and aliens as our focus, so we have: 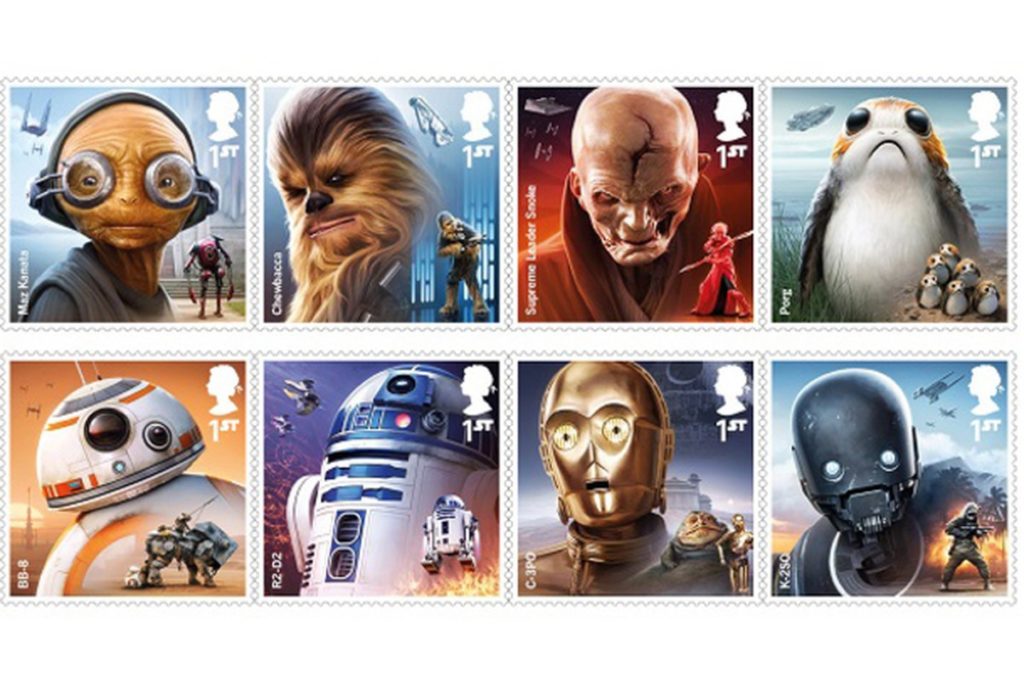 Again, a variety of packs are available from sets of stamps through to framed editions, droid packs featuring BB-8 and R2-D2 and some limited edition packs also featuring exclusive coins.

I’ve bought several of the stamp set packs and also the larger postcard versions which look stunning and allow you to really appreciate the detail and near photo realism of the images.

I for one am hoping for more in this excellent series, and with something for fans at every price point from just a few pounds these are a fantastic addition to any collection, and one look at the world of stamp collecting will show you how they appreciate in value over the years.