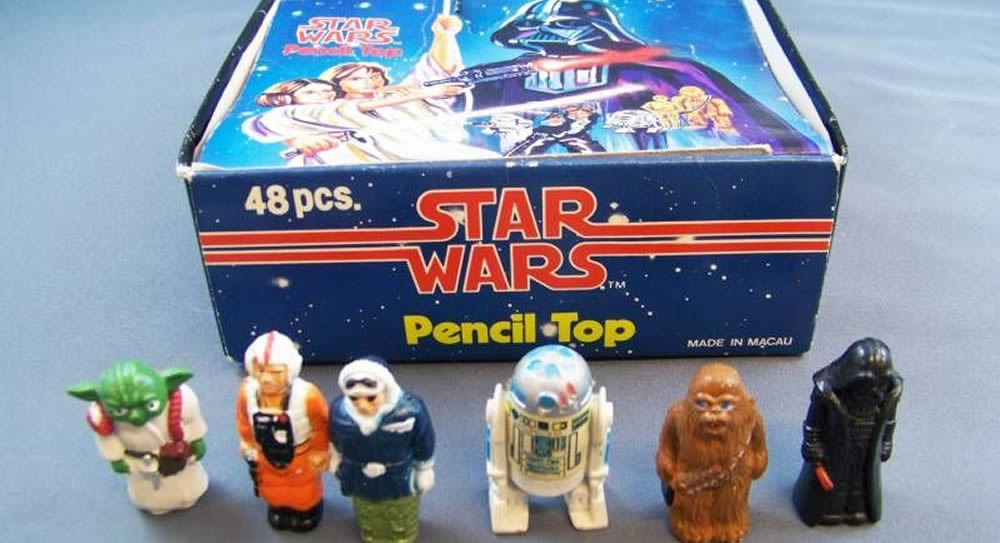 HC Ford and Sons are an incredibly difficult company to find information about, but chances are if you went to school in the UK between 1983 and 1985 you saw their products.  Although their first wave of product came out in late 1982/1983 HC Ford went with the Star Wars branding and not The Empire Strikes Back. I’m unsure as to the reason for this, but it is possible that ESB may have dated the products quicker and that Star Wars had the stronger brand appeal.

HC Ford and Sons had strong import links with the Far East and shipped a range of quality stationery products in the same uniform dark blue branding for their Star Wars range.  Their Return of the Jedi range, which we will look at in a future article, was more diverse.

Some of the products are fairly easy to acquire and only cost a few pounds, whereas others are incredibly rare and collectors have been hunting for decades to complete sets.

I absolutely love the Star Wars perfumed erasers and it’s pleasing to see that full sets of these are easy to pick up in used condition – and they still have their scent! There were six in the set; Luke, Han, Leia, the droids C-3PO and R2-D2, Darth Vader and surprisingly Chewbacca. The display boxes are nice, and many collectors have full sets of these which hold 36 in total. 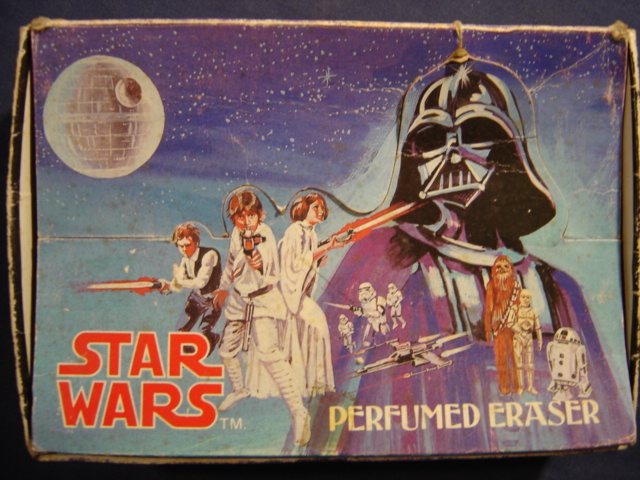 What is it with UK stationery and weird shaped pencil sharpeners? The domed HC Ford ones are just as bizarre as the Helix Death Star style one. There were three to collect in this range, although there are different characters for each colour making six in a full set. 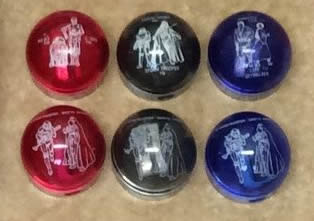 Pencil toppers are very easy to find and there are so many variations to track down such as different sizes with Darth Vader and the many colours of Han Hoth legs – just like the Kenner action figure! 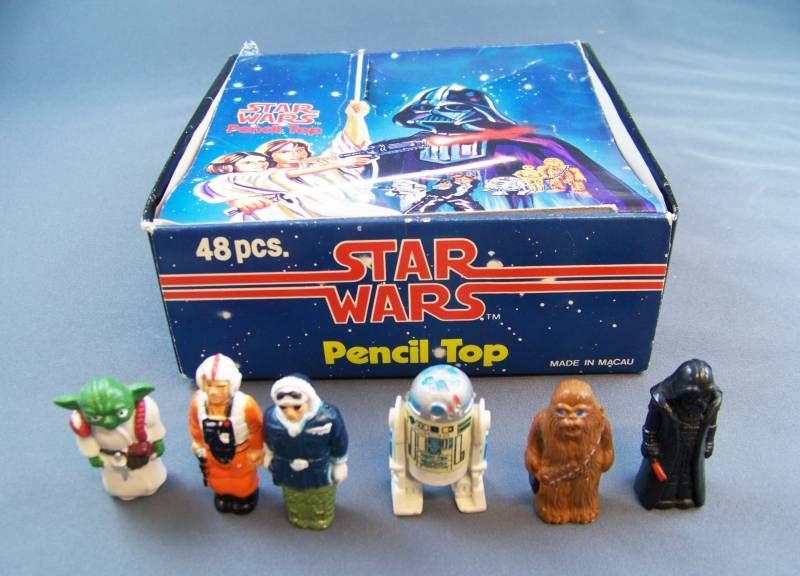 These pencil toppers must have used the Kenner action figures as their templates due to the close similarities found. They are clearly The Empire Strikes Back themed in their selection of character choices.

There were three different types of pencil styles in the range. 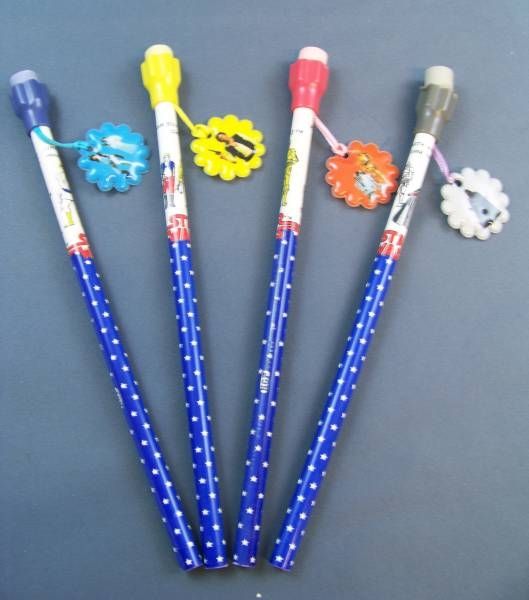 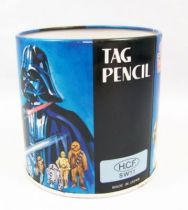 Set one is the tag pencil which came in 4 colours with the attached tags as seen here.

Yellow is Han Solo/Chewbacca, red is the Droids, grey is Darth Vader and Stormtrooper and blue is Luke and Leia. 60 pencils would be required to fill your pencil tin. 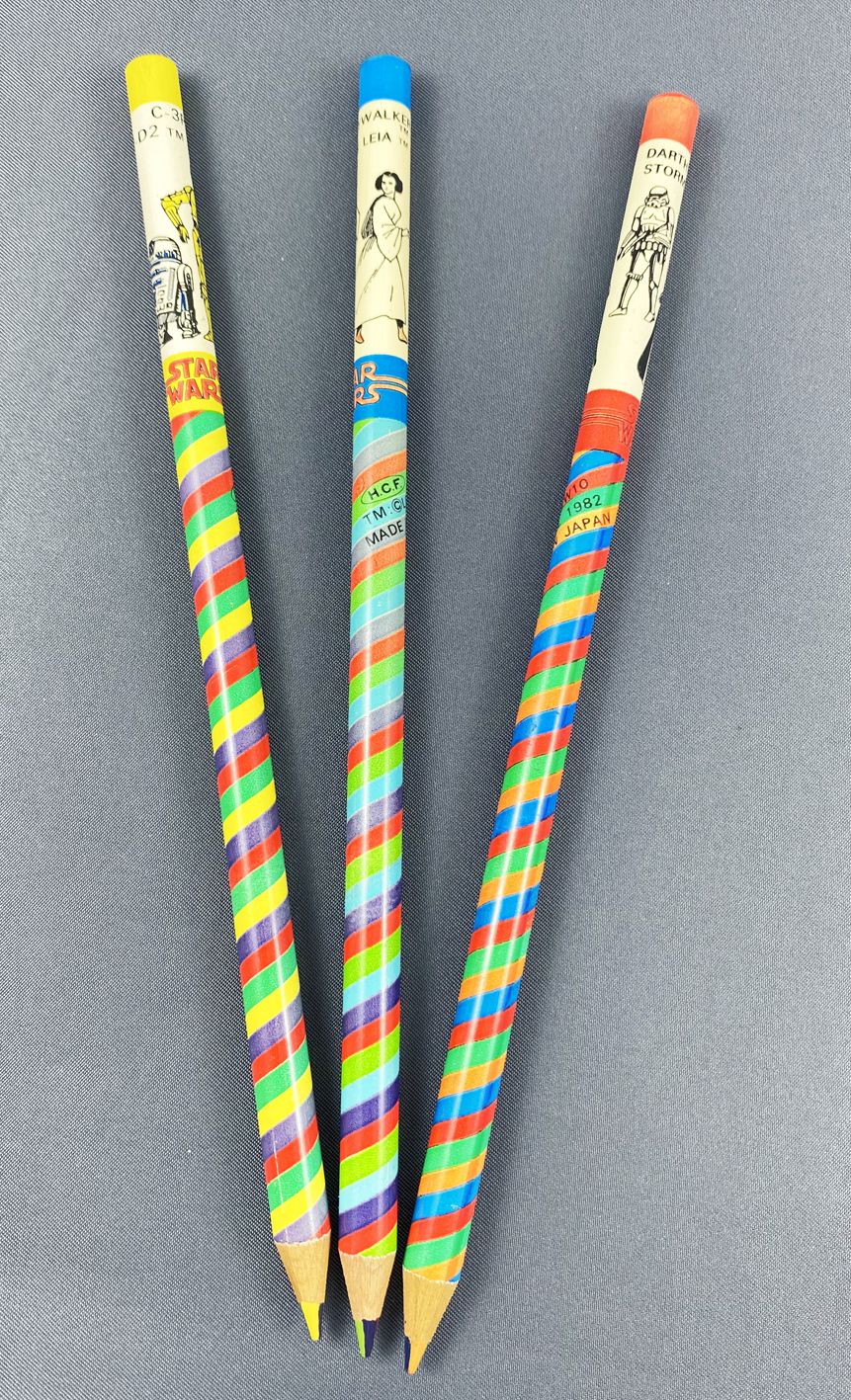 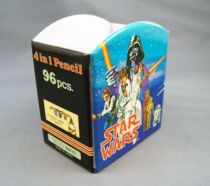 Set two is the very 1980’s 4 in 1 multi-colour pencil. I believe that only three of these colours were made with the grey disappearing from the range. Although Luke and Leia kept their blue theme, Darth Vad 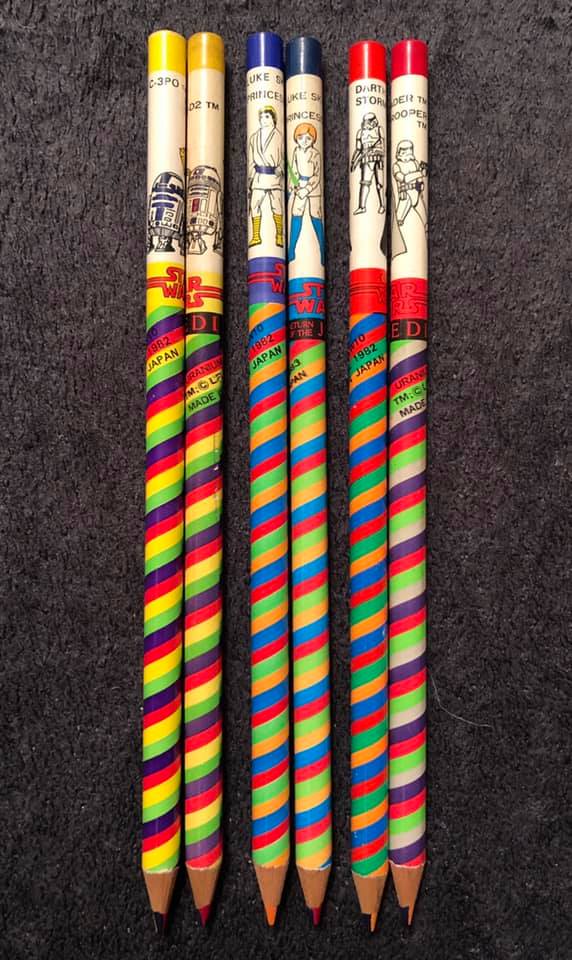 er and Stormtrooper were given red with the Droids moving to the yellow.

Vintage stationery enthusiast Craig Spivey recently highlighted a similar product from another company a year or so later called Uranium.

You can see on the right that the Uranium pencils have the Return of the Jedi branding on them to distinguish between them easier.

Set 3 was the standard plain pencil.  The 4 colours were again in use on these 4 sided pencils, which I admit I hated as a kid due to my clumsy hands.

Who didn’t like getting a stationery set for Christmas of birthdays? Yes, they were cheap and most of the contents were low quality, but we all loved them.

There are three sets in the range which were all housed in a counter display box.

Huge thanks to Craig Spivey for his generosity in sharing this salesman sheet, showing the entire range in one shot. 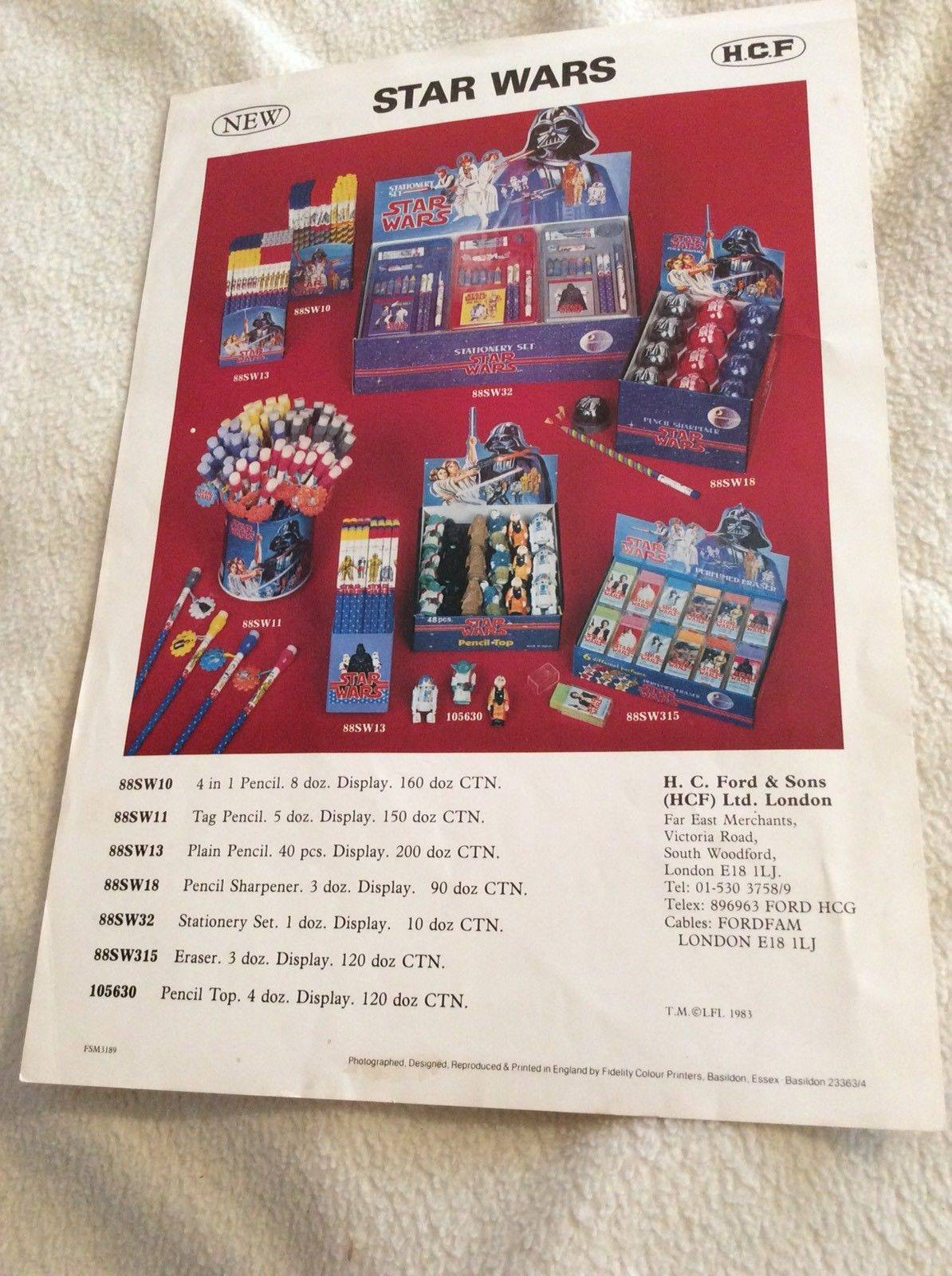