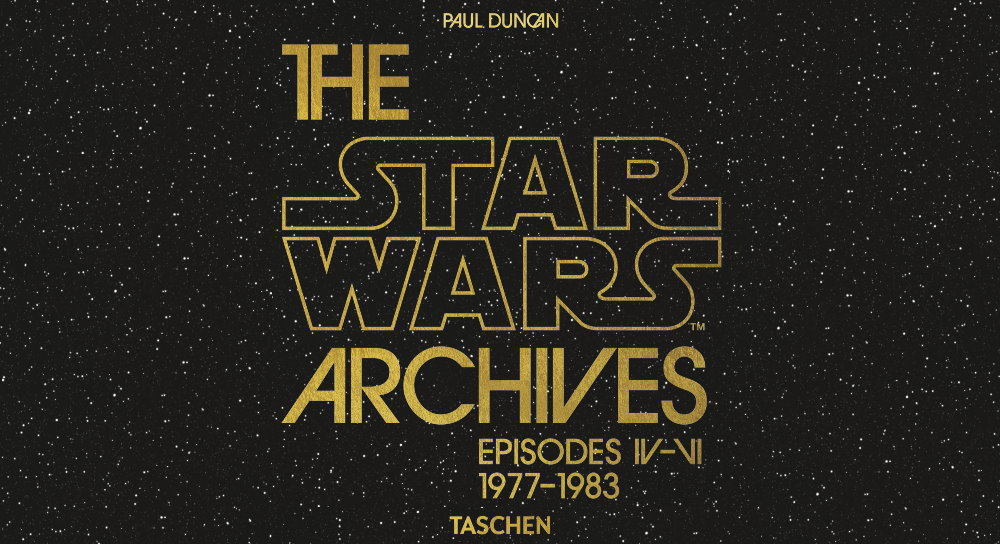 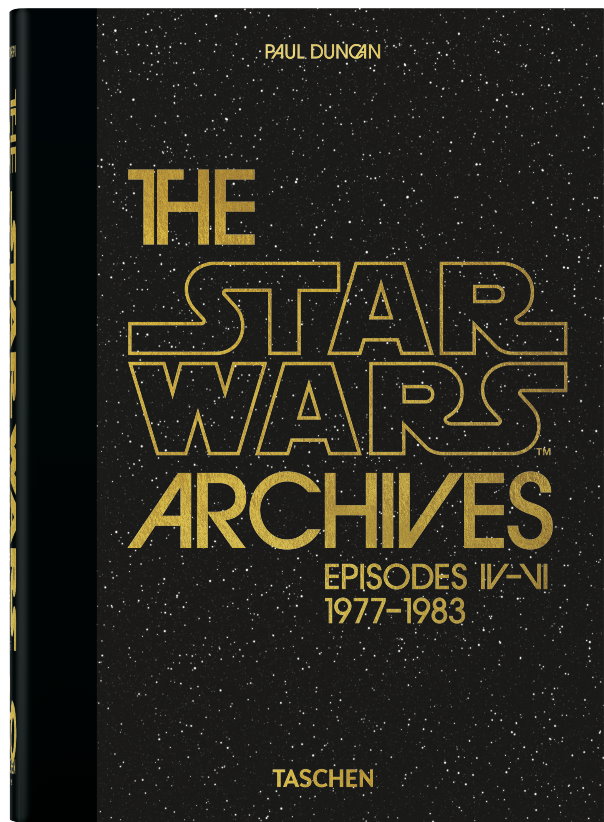 In this first volume, made with the full cooperation of Lucasfilm, Lucas narrates his own story, taking us through the making of the original trilogy—Episode IV A New Hope, Episode V The Empire Strikes Back, and Episode VI Return of the Jedi—and bringing fresh insights into the creation of a unique universe. Complete with script pages, production documents, concept art, storyboards, on-set photography, stills, and posters, this is the authoritative exploration of the original saga as told by its creator.

When the coffee table-busting, 620 page version of The Star Wars Archives: Episodes IV – VI: 1977 – 1983 came out in November 2018, it allowed us a deep dive into the making of the original trilogy, laying out lavish pages of images and artwork married with information and insight not seen before. Add to that a fresh new interview with The Maker George Lucas and you had a beautifully presented tome that was worthy of being the centerpiece of any literature collection.

Now,the stars align; as Paul Duncan’s follow-up looking at the Prequel trilogy is poised to be released, publisher Taschen celebrate their 40th anniversary, and with that comes this, The Star Wars Archives. 1977–1983 – 40th Anniversary Edition. Physically much smaller than the original edition (let’s face it, if it was any bigger it would need to come with its own binary load lifter to move it), this is a 512 page beautifully crafted version of that monster manual.

Not to berate the original release, a book that’s unique in the library of Star Wars books, but to heft that book around and find the space to lay it out is a task in itself. With this edition, those pages are available without a gym membership being required. This edition is every bit as pleasurable to read through, the size and weight of the book oddly enjoyable to hold and read. That sounds odd – I know it sounds odd – but it is what it is; this book feels just right and let’s hope the forthcoming Prequel and (fingers crossed) Sequel trilogy versions receive the same treatment in time.

While the larger version of the book took us from the creation of the saga through the OT and beyond to the Ewok movies, this focuses exclusively on the three movies, all accompanied by those new Lucas words collated over 3 days of interviews and key creatives like Paul Hirsch, and Ben Burtt who all add their words to the piece. It’s tighter, more focused and gives us not only the who, what and where but also the why of how Lucas created the saga.

The world of Star Wars literature is a busy place, with numerous releases arriving in book and comic form each and every week, but it’s not often that a book like this comes along. If this was the original version of the book it would certainly be impressive enough, but coming off the back of one of the most special Star Wars books and with a sequel on the way, this is the perfect summation at just the right time. If you missed out on the original, this is a must buy ahead of the Prequel Trilogy edition, and if you did then you know you need to own this. Your bookcase will thank you.