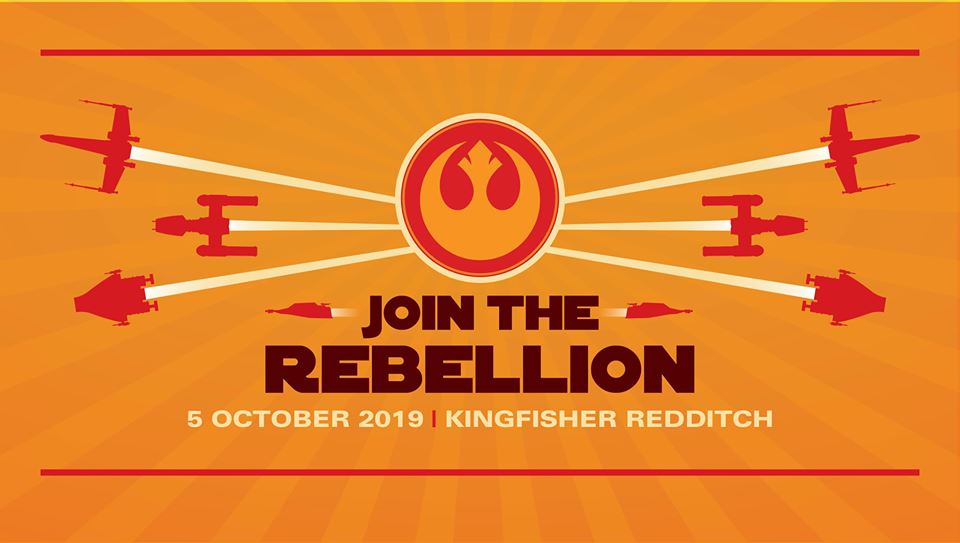 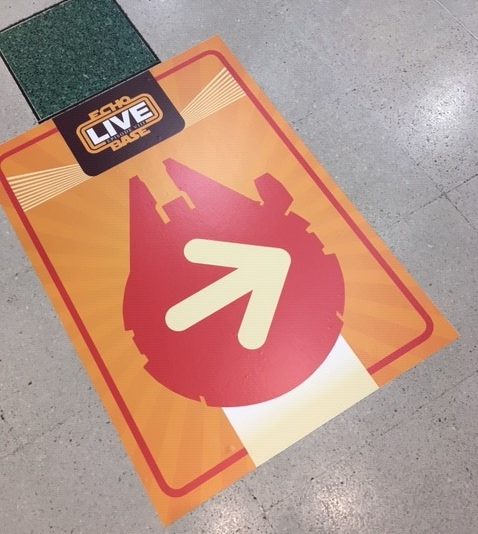 Followers of Fantha Tracks will know we’ve been keen attendees to the Echo Base LIVE events and their Rebellion event on Saturday October 5th 2019 was the latest and possibly greatest show.

Held at the Kingfisher shopping centre in Redditch the show features a wide mix of vintage and modern art and collectibles along with guest appearances, artists and event exclusive merchandise. The team behind the event are always looking to build on their previous success and come up with new ideas to make the show even more engaging. As well as providing opportunity for collectors to indulge their passion for Star Wars, these events also raise money for charities, with over £8,200 raised for BEAT Eating Disorders and their latest  adopted charity is Little People UK – of which Warwick Davis is the patron – here’s hoping that just as much can be raised for them from future events. 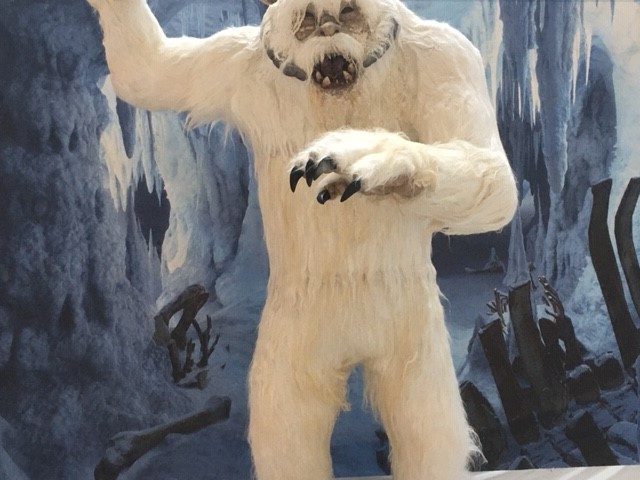 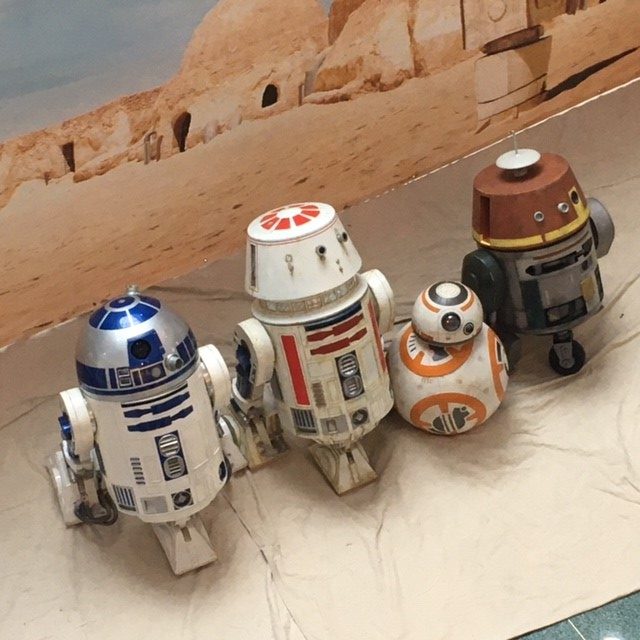 Upon entering the area set out for the show I was greeted with a series of photo opportunities, including a life size Wampa and ice cave, speeder bike, Yoda and Dagobah hut and a droid lineup – brilliant for kids (and big kids) and really set the scene well.

There were also lots of excellent cosplayers on hand for photo ops as well.

A short hop up the escalators to the main event area and you entered a real hive of activity, with an array of traders with everything from vintage toys and collectibles right up to the latest Triple Force Friday releases, which hadn’t even made it into most toy retailers at that point! The queue for early bird access was the longest I’ve seen it and several people commented throughout the day how this was the busiest they’d seen the show, even before it opened. Obviously many collectors attend these events with particular purchases in mind, and be it that elusive MoC from the original lines or the Black Series and the modern ‘Vintage’ collection, business seemed very brisk even at 9am. 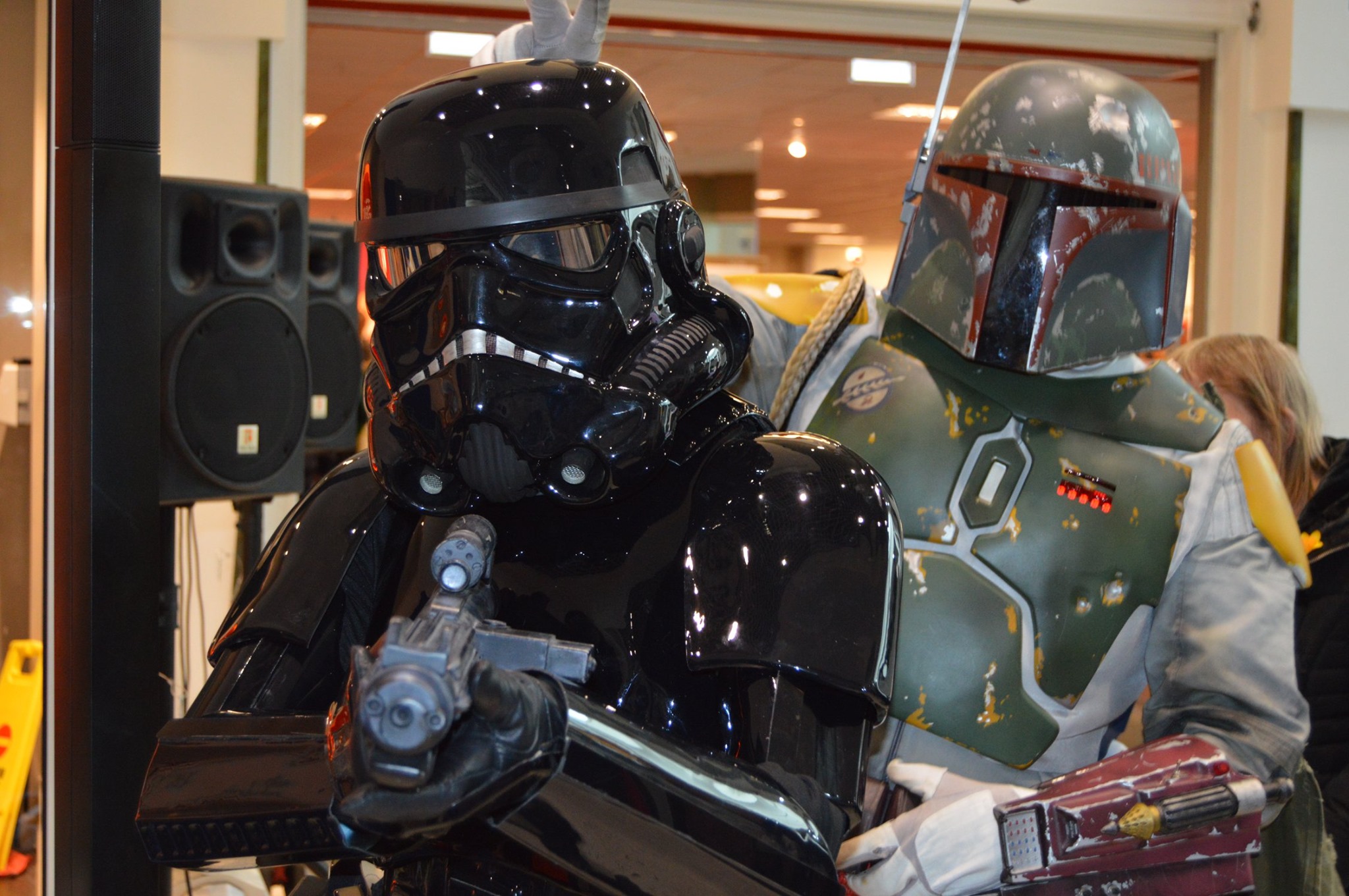 The event also took up more floor space this time with a second ‘corridor’ opened up and more traders, and even an event DJ spinning tunes to keep the crowds entertained. 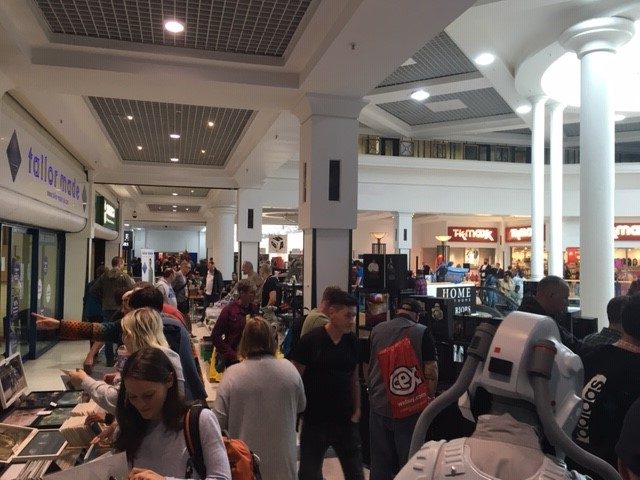 One of the other popular features of Echo Live events are the artists, many of whom are collectors in their own right. And to involve them even more, the team put together a treasure hunt of 9 free collectible trading cards which featured exclusive art by Echo members with the theme of Star Wars breakfast cereals, and on the reverse made up the event logo. This was a great idea for kids or their spent-out parents and meant that even those people on a tight budget could take away something exclusive from the event, and got to engage with the traders along the way. 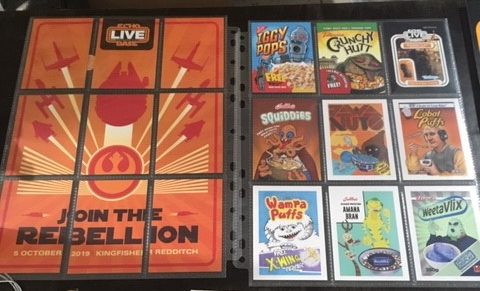 And of course, the Rebellion theme was reflected in the choice of guests for the event, with Mike Quinn, Tim Rose, Caroline Blakiston, Jack Mackenzie and Michael Culver (well you need an Imperial for balance!!). Our friend, Topps artist Marsha Parkins was also on hand with a guest of her own, Bern Collaco who played several roles in Rogue One and The Force Awakens. 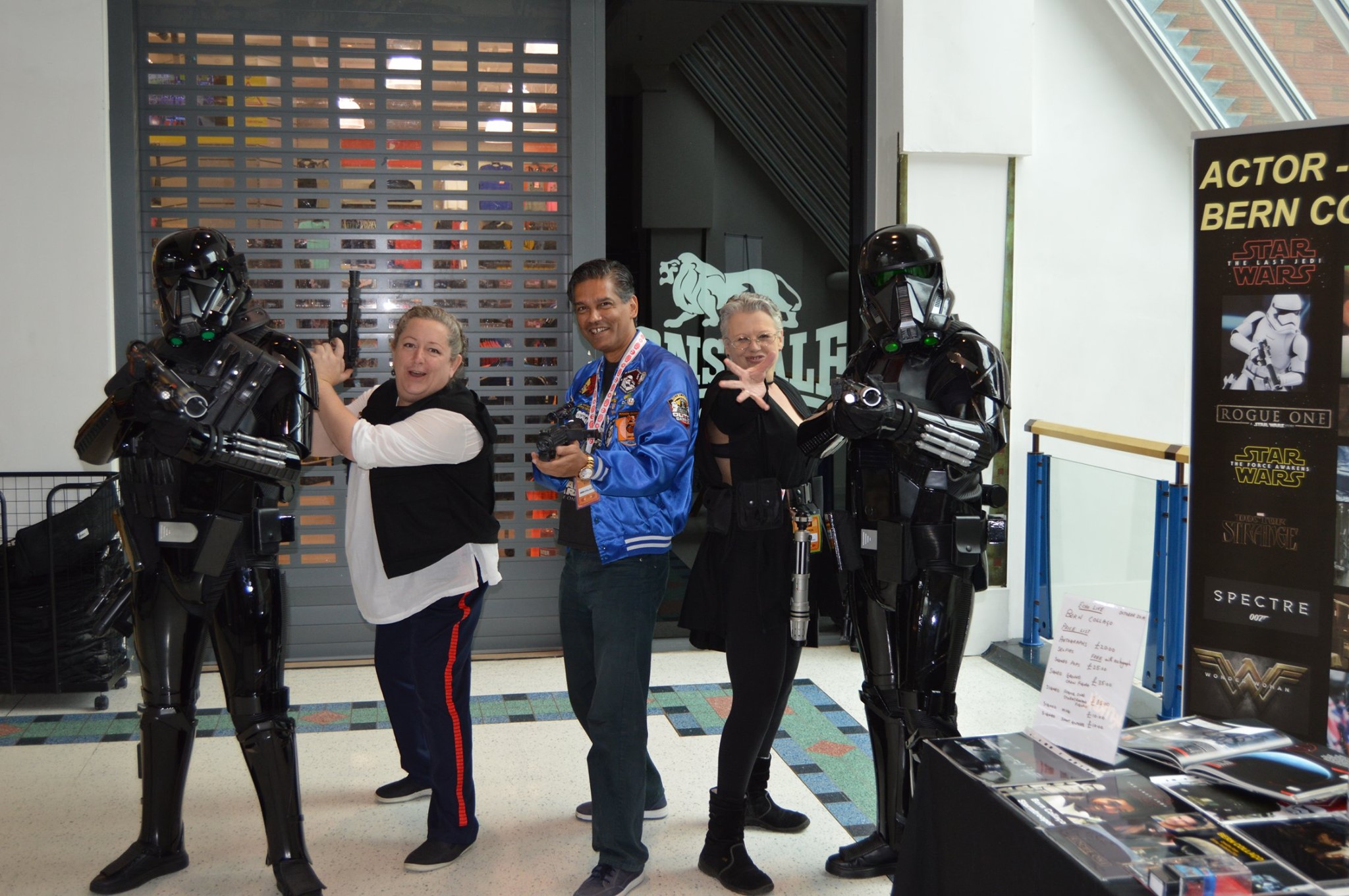 One of the real highlights of the day, and a big fundraiser is the charity raffle, and almost as if it was sticking ‘on message’ this was again bigger and better than ever. Traders and forum members alike donated enough goodies to fill a starcruiser, and to ensure almost everyone won something! Among the prizes were two custom Nien Nunb trading cards drawn by Marsha and signed on the day by Mike Quinn. 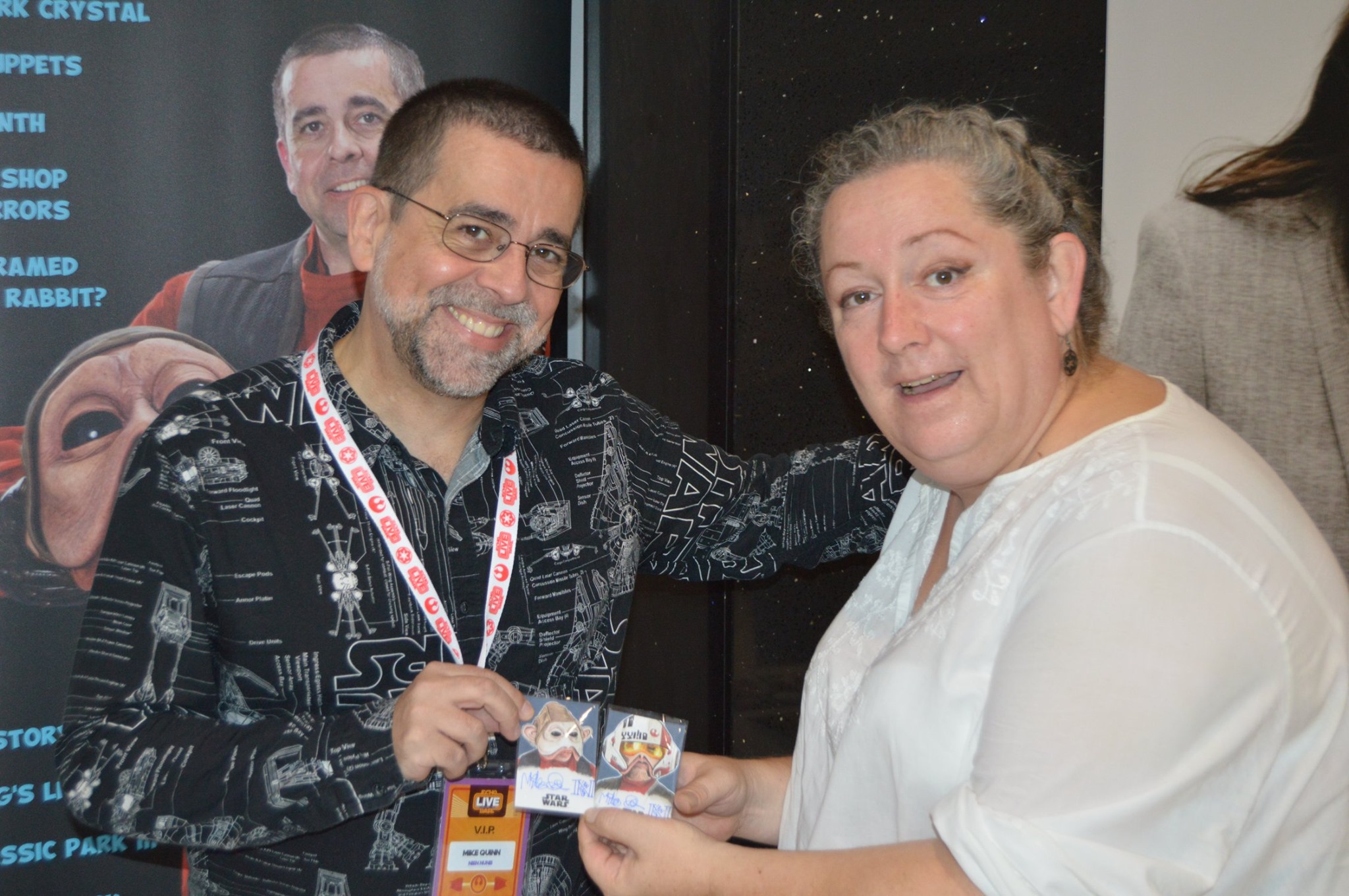 The thinking caps are now on at Echo HQ on how they make the recently-announced next instalment in April 2020 even better – it’s a big call, but if anyone can pull it off it’s the guys and gals at Echo.