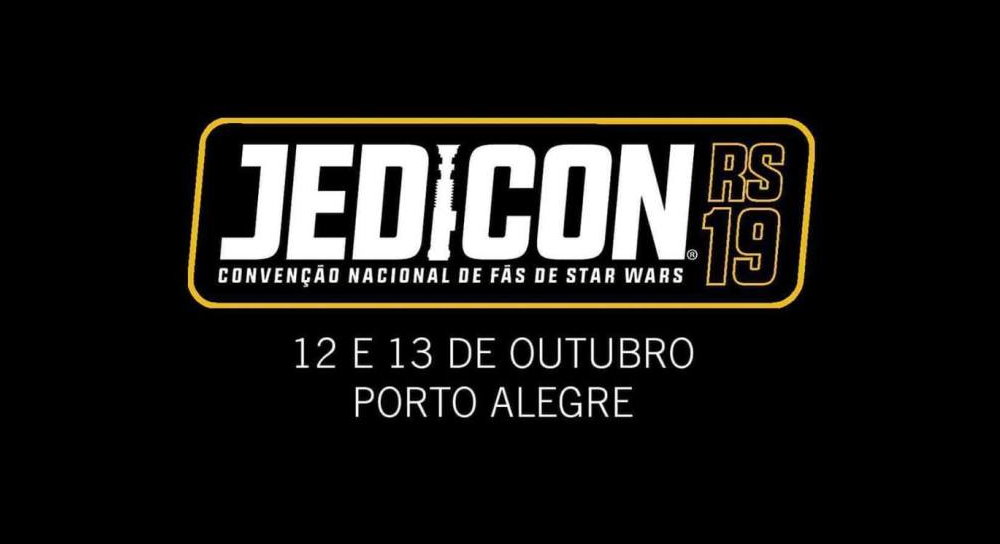 On October 12th and 13th 2019, Jedicon Rio Grande do Sul, in Porto Alegre, was organized by the “Conselho Jedi RS”. This years edition took place on the premises of the Salesian Don Bosco College, to the north of the state capital.

The scorching heat of the first day was no hindrance to the public who took the opportunity to check out the many attractions available, from being able to buy Star Wars and geek culture products from the booths to the opportunity to get that tattoo of their own. There were also exclusive products of the event, such as cups, t-shirts, buttons and other items that were marketed by the “Conselho Jedi RS” for those who wanted to remember and flaunt their participation in the event. Participants were also able to record incredible moments on one of the mounted themed scenarios, such as the “bacta tank”, riding a speeder bike in the forests of the moon of Endor, or posing beside the carbonite-frozen Han Solo before he was sent to the dreaded Jabba. In addition, it was possible to take a picture with the cosplayers that circulated throughout the spaces. At the end of both Saturday and Sunday, a cosplay contest awarded the best and most creative.

Those who enjoy games have not been set aside at Jedicon. Video games, Star Wars card games, board games and role-playing games were also available to anyone who wanted to challenge friends or family to a game. As the atmosphere was so familiar, there could be no shortage of space for the small users of the Force. At the “Naboo Stage”, dads and moms could enroll their padawans up to 12 years old to the “Jedi Academy” where they were eventually graduated as graduates of Jedi arts training.

But the event wasn’t just about that. In the main auditorium, the “Coruscant Stage”, the audience can attend lectures and panels. Traditional quiz games from Star Wars and guessing games tested the saga’s knowledge, rewarding the winners with various products. At the break of each schedule, giveaways were drawn.

Among the activities in the auditorium on Saturday at the “Coruscant Stage”, the panel “Female Protagonism in the Star Wars Saga” served to debate opinions regarding the insertion of female characters and their importance inside and outside the franchise. After the panel “Episode IX – Expectations, Speculations and Theories” focused on the last movie of the saga to be released now in December, as well as a synthesis of the last episodes released. Meanwhile, at the “Naboo Stage,” there was the cosplay panel, with tips on materials and crafting techniques for those interested in representing their favorite character. Sunday’s program was milder temperature due to the possibility of rain, which did not diminish the audience on the second day. In addition to the aforementioned attractions, after the stage jokes, a talk about the science behind Star Wars sought to explain some fans’ doubts about the laws of physics within the saga universe, from sound in space to the possibility of producing a lightsaber. Another explanatory talk about the Hero’s Journey shed light on this literary concept.

Thanks to “Conselho Jedi RS” for organizing this great event here in Brazil.