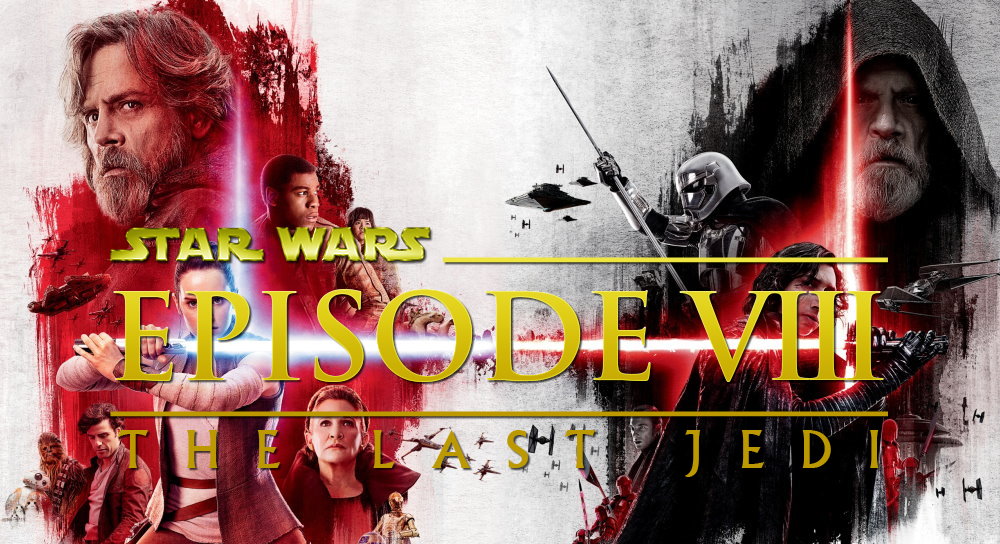 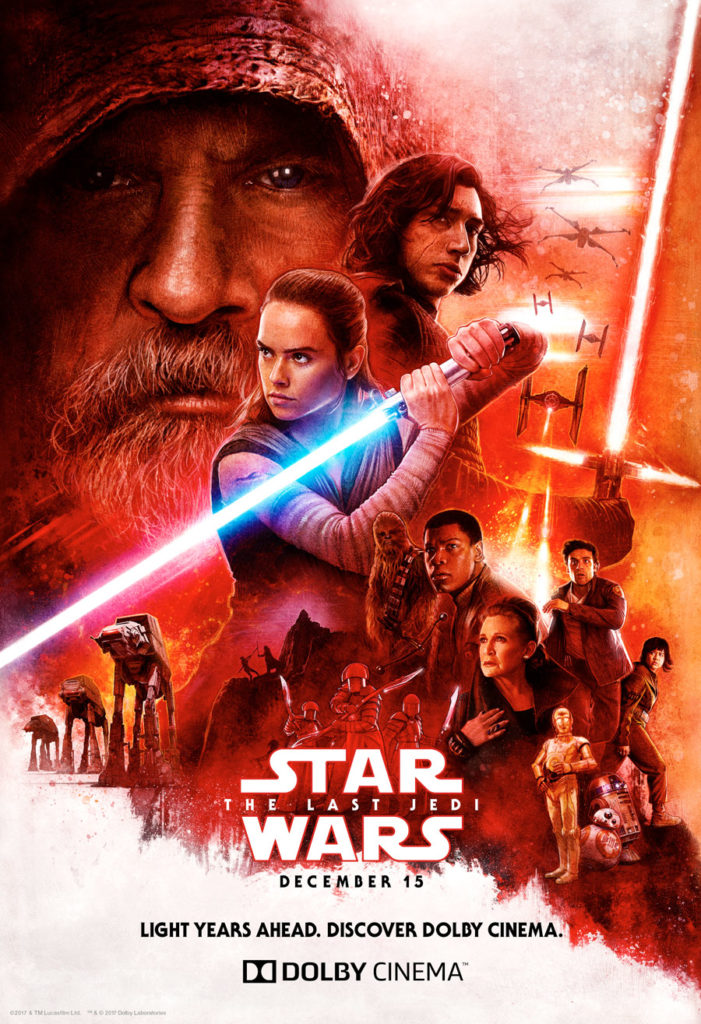 Only General Leia Organa’s band of RESISTANCE fighters stand against the rising tyranny, certain that Jedi Master Luke Skywalker will return and restore a spark of
hope to the fight.

But the Resistance has been exposed. As the First Order speeds toward the rebel base, the brave heroes mount a desperate escape….

How do you begin a review for a film that is not only the sequel to 2015’s The Force Awakens, but in many ways is a thematic sequel to Return of the Jedi? It’s an element that’s hard to ignore, bringing back as it does the hero of the original trilogy Luke Skywalker and in many ways tackling the aftermath of the decisions he made in the wake of the death of his father and the fall of the Empire. Awakens reignited the Star Wars flame and deftly introduced the new heroes of the sequel trilogy, but Rian Johnson’s The Last Jedi takes us back to themes and issues from over 30 years ago. Awakens was remembering the past, like a myth. The Last Jedi grabs that myth by the lapels and shakes it like crazy.

Opening with an attack on the Resistance base of D’Qar, The Last Jedi is essentially structured around a chase scene, as the remnants of the Resistance forces flee their base, pursued by the First Order fleet and their sinister leader Snoke. Low on fuel, unable to escape their enemy despite leaping into hyperspace, the Resistance are out of ideas and need a solution, fast. A trip to the casino city of Canto Bight, led by Finn and Rose, wonderfully performed by Kelly Marie Tran, gives them a sliver of hope in the form of hacker Benicio Del Toro. But this is Star Wars, and nothing is ever as simple as it seems…. 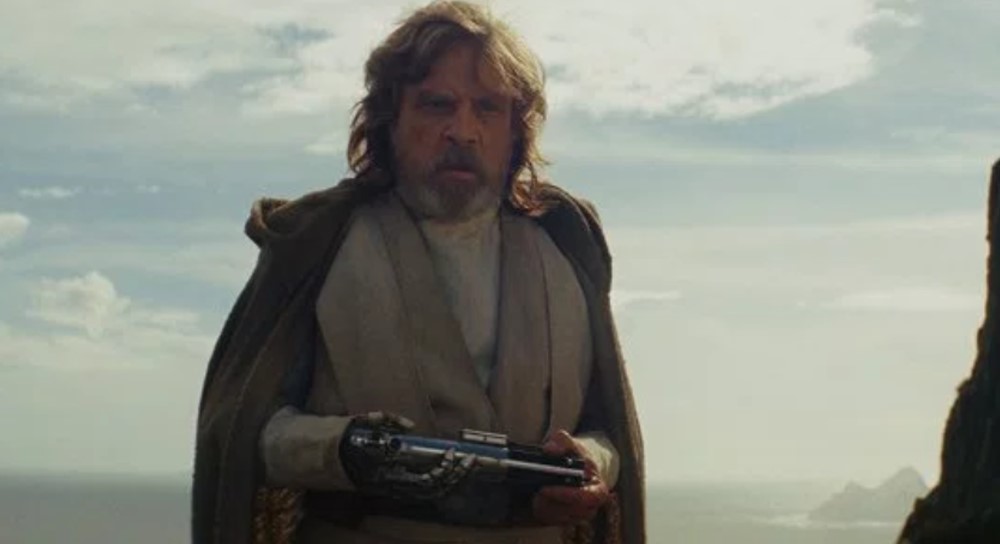 Meanwhile, Rey is handing the long-lost lightsaber of Anakin Skywalker to his son, the equally long-lost Luke Skywalker. Keen to be trained, Rey is taken aback by Luke’s scowling insistence that she leave. Mark Hamill brilliantly portrays a weary Jedi who wants no part of any of it, just as Han Solo said. Beaten, tired and more than a little grouchy, this Luke is a far cry from the eager young man who stared at the twin suns of Tatooine, dreaming of leaving for the Imperial academy, away from the heat and the sand of his adopted home. Only when he sees his little droid Artoo does the mask slip, and his eyes briefly light up at being reunited with his old friend.

However, enter the first brave new twist in director Rian Johnson’s deck of cards. Kylo Ren (another stellar performance by Adam Driver who is fast turning into the ace-in-the-hole of the sequel trilogy) and Rey are able to communicate with each other, see each other, over vast distances. This communication appears to sway them, and the seeds of doubt in the path of their destiny is sown. The Last Jedi gives us a number of such moments, flashbacks and storytelling devices which give us glimpses into the past as well as alternate takes on key moments. To see a scene how Luke saw it, how Kylo saw it, throws up as many questions as answers. And who wants crystal clear answers anyway – only sith deal in absolutes. 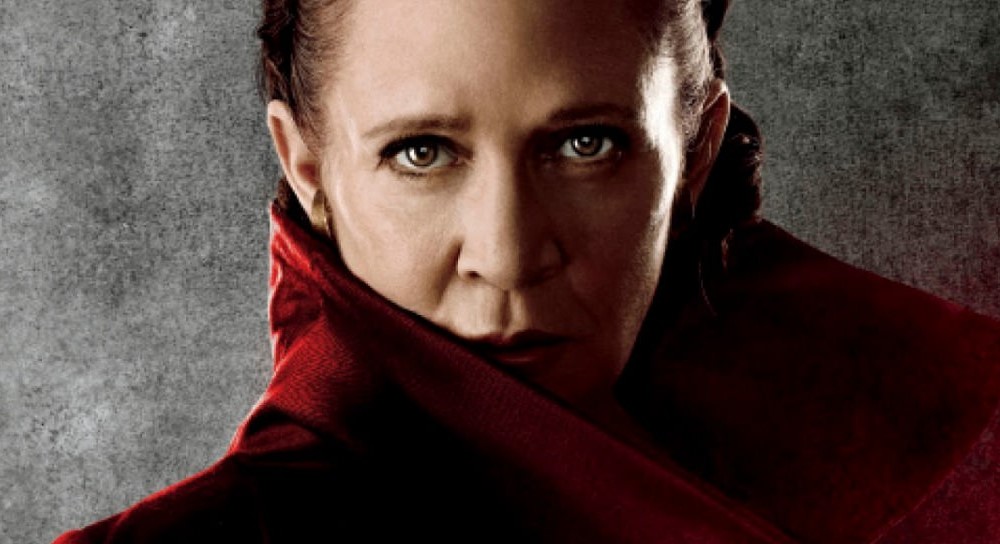 The loss of Carrie Fisher lies across the entire film, from her opening scenes in the escape from D’Qar to her final scenes. You could put in a strong argument that this is Fisher’s best performance in the role. The Force Awakens may have seen her return as Leia, but The Last Jedi sees her truly own the role once again. Wearied by age, years of fighting both physical and political, chasing and running have worn her down, but her spirit remains. She is the heart and soul of this film, and I don’t envy J.J. Abrams the task of making Episode 9 without her.

Our younger cast members continue to develop and flourish in this new era for Star Wars. John Boyega brings back all the charm and humour of his TFA appearance, bouncing wonderfully off Tran while Oscar Isaac is Maverick from Top Gun in a T-70. The coolest pilot, the hothead who can back it up in the cockpit but is out of his depth outside of it. Indeed, he comes up against the stonewall of Vice Admiral Amilyn Holdo (Laura Dern) on more than one occasion, learning much about the rigours of command and the cold truth of making the toughest choices. 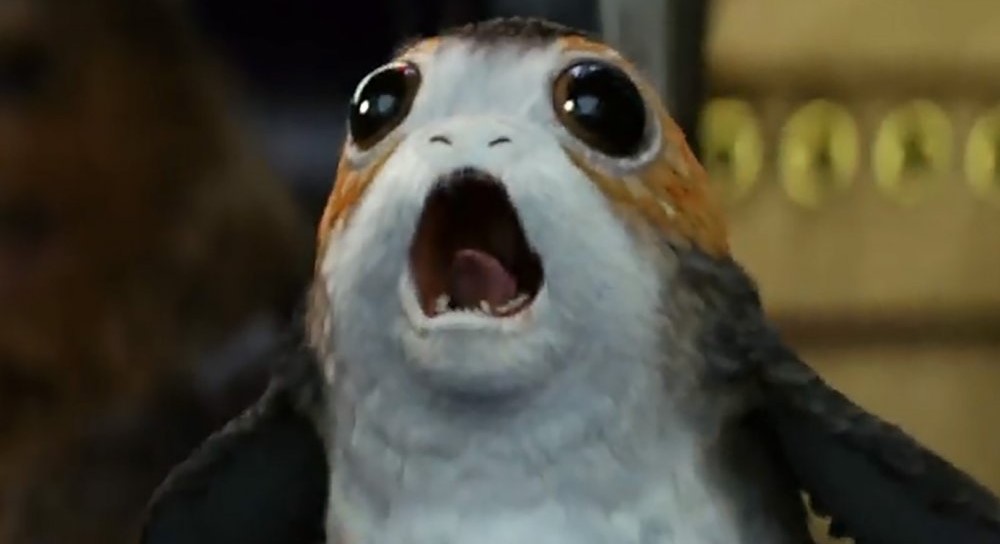 The Porgs. How could a review of The Last Jedi be done without mentioning these little critters? I’m happy to report they are a fine addition to the film. Not too intrusive, used in moderation and giving us a handful of laugh-out-loud moments. That said, there are occasions when the tension is cranked up to 11 and the humour – as funny as it is (and it is funny, no doubt about it) – deflates that tension. Fine if it occurred once or twice, but it happened too many times. Imagine Luke cracking a joke as the Emperor is about to light him up at the end of Jedi, or making a quip just as Vader says “Luke, I am your father.”

As criticisms go, it’s a minor one, as both the drama and the humour elicited gasps and laughs from the preview audience I saw it with. There’s a lightness to the performances when required, an unspoken depth to balance that lightness when needed. John Williams brings another fine score, yet to approach the stratospheric levels of A New Hope, The Empire Strikes Back or The Phantom Menace but a delight nonetheless. 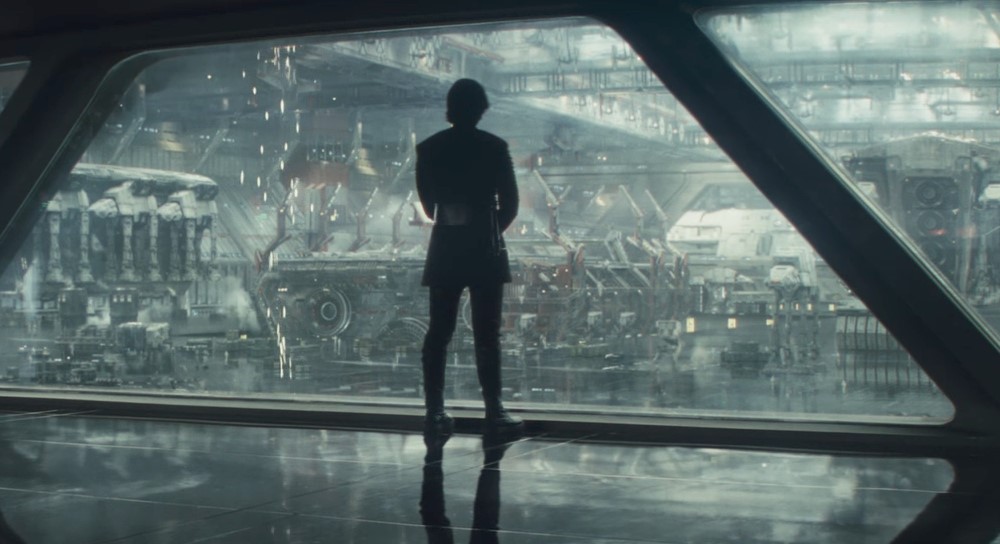 While The Last Jedi all but matches The Force Awakens in every measure there’s the distinct feeling that Episode 9 could easily shift up another gear and take the sequel trilogy from what has so far been very good indeed into something amazing. Some moments in The Last Jedi are absolutely electric – I’m thinking of a mid-film battle that comes close to equalling any lightsaber fight yet seen in a Star Wars film with moments of combat ingenuity that had the audience clapping.

The torch has indeed been passed with the arrival of this film, and now what is most likely going to be the final Skywalker saga episode needs to find the elusive magic that made the two initial entries in the series the all-time classics that they are. If it can find that extra gear and wrap up the 9 film saga with aplomb, it will be something truly special indeed. 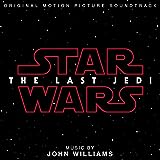 JOHN WILLIAMS-JOHN WILLIAMS:STAR WARS-THE LAST JEDI
$13.06
Buy on Amazon This is a paid link. Learn More. Clicking the link may take you to the Amazon store servicing your country Price incl. tax, excl. shipping.  Details correct as at: 2021-05-13