Luke Skywalker has vanished. In his absence, the sinister FIRST ORDER has risen from the ashes of the Empire and will not rest until Skywalker, the last Jedi, has been destroyed.

With the support of the REPUBLIC, General Leia Organa leads a brave RESISTANCE. She is desperate to find her brother Luke and gain his help in restoring peace and justice to the galaxy.

Leia has sent her most daring pilot on a secret mission to Jakku, where an old ally has discovered a clue to Luke’s whereabouts….

How do you get on paper thoughts and feelings that have been percolating – literally – for over three decades? Ever since the triple blast of Star Wars, Empire and Jedi fans of the saga have asked – what happened next? And while the mass of books, comics and other media gave some kind of an answer to that question, the real hope was for a return to the big screen. That hope was answered on 30th October 2012 and last night it was personally delivered to me as I sat in the IMAX screen at the Empire Leicester Square for the UK press screening. Friends were beside me and famous faces were everywhere but we were looking right ahead, waiting for just one thing… 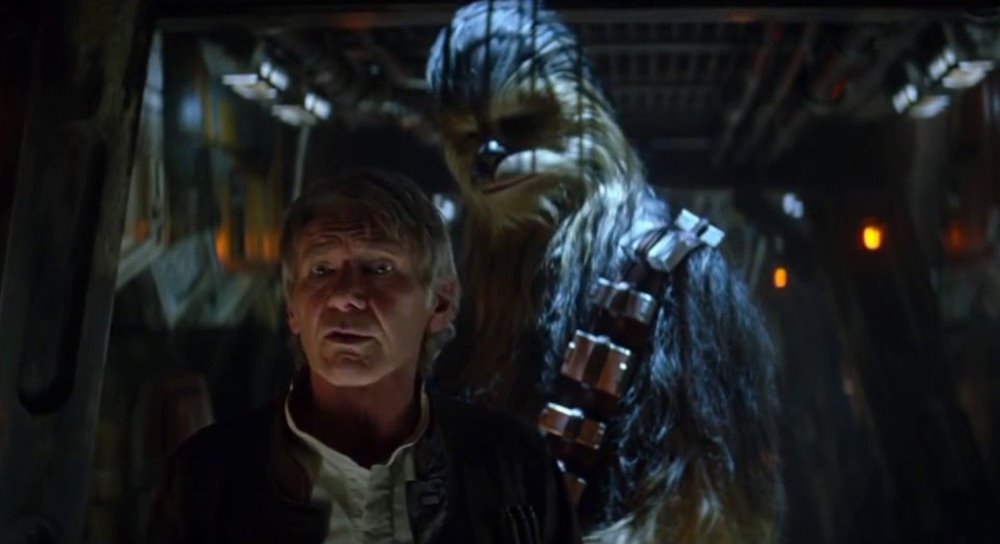 Where do I start? Back in 1999 when The Phantom Menace arrived I felt it necessary to do two reviews of the film, one in the moment and another 21 days later, something I did again for the other two prequels. Looking back that was a smart move, because no matter what people think of The Phantom Menace it’s a film that reveals and reveals the more you watch it (at least you will with an open mind. Decide you hate it and you’ll never get past the gungan and ‘Wizard!’). After seeing The Force Awakens last night I am beyond keen to see it again tonight at the premier, and not only because it’s Star Wars. This is one of those films that is going to need a fair bit of viewing to prise all of the pearls out of their shells. Luckily here in the Star Wars galaxy we’re more than open to watching these films multiple times.

Now, don’t take my comments on Phantom as any indication that The Force Awakens is anything like the first prequel. Certain grace notes are shared – desert planet (swap out Tatooine for Jakku), mysterious leader (swap out Palpatine for Snoke) and dark warrior (swap out Darth Maul for Kylo Ren) but Star Wars has always been a cyclical tale so that’s hardly a surprise. The comparison is meant to illustrate the depth and detail on display here. The images on screen are sumptuous, melding live action, glorious background plates and the latest in CGI (and don’t be fooled, there is a LOT of CGI in The Force Awakens) with some classic practical creatures and effects. It all folds over to make a feast for the eyes that any fan of the saga will enjoy.

Repeat viewings are essential also due to the story. The Force Awakens is told in broad strokes and with the assumption that we know the back history (on screen at least) of our legacy characters. Exposition is at a minimum which might catch out some viewers but it’s worth remembering that the original in its isolation used the power of inference of a larger story to its advantage. While nearly 40 years of multi format and media tales doesn’t allow this film the same element of surprise, it still works. I have plenty of questions and the best way to answer them is to go and see it again. And again and again and again. 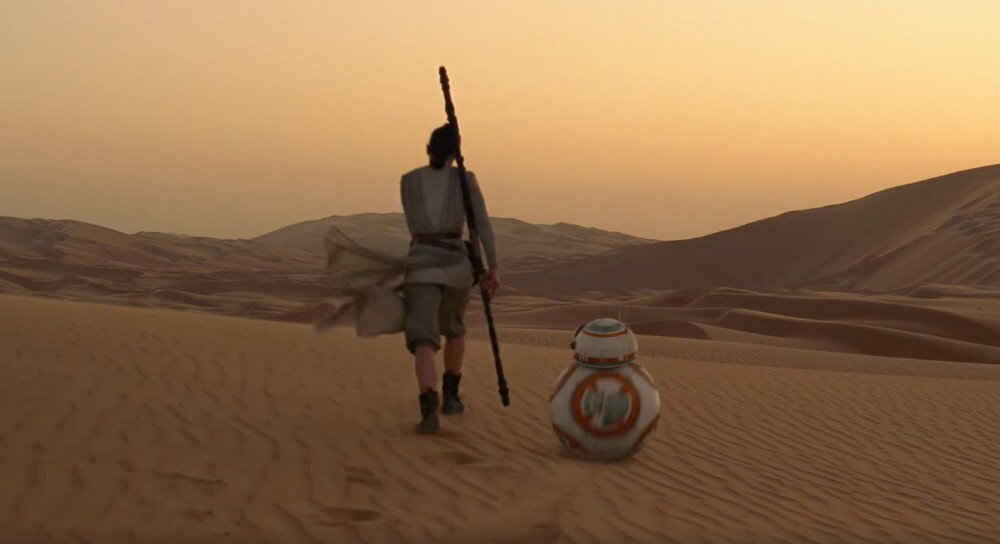 There’s little doubt the performances are what make this film shine. Daisy Ridley is a compelling lead, more serious than the trailers might have first indicated. She is the heart, growing as a character as the film moves on. If the film title Return of the Jedi refers to the redemption of Anakin Skywalker you could argue that The Force Awakens refers to Rey. John Boyega as Finn is arguably the most heroic character in the movie. From ‘villain’ to ‘hero’ his arc is comparable to Han Solo’s in the original trilogy. He has no special skills, he only knows what he has been taught by the First Order. And he is funny, very funny. This film is far funnier than I ever expected. There are more laugh out loud moments than most comedy’s, mixed in with some darkness. Some very heavy scenes are sprinkled through the film and I can easily see why this isn’t a film aimed at 7 year olds. Parents be mindful, there are some disturbing moments in The Force Awakens.

Once again John Williams delights with his score, although it did seem to get a touch lost in the mix. Again, a repeat viewing will unveil the true magic of his work and be added to the pantheon of great music he’s already scored. ILM and the other effects teams working on the film do a stellar job bringing the galaxy to life and the sound design is lush. The galaxy sounds as amazing as ever. The script is snappy and fast-paced, with zingers flying between characters giving the cast the chance to act out some very cool scenes (and BB-8 gets the single laugh of the film for me). And the direction. This is definitely a J.J Abrams film. There’s the scope he displayed in his Star Trek duology and an ensemble feel that he used to such good effect in those films. Few directors can be as confident and comfortable with the demands of technology as Abrams, and he uses that skill to great effect. This is a confident, well-crafted movie that ticks all the boxes. 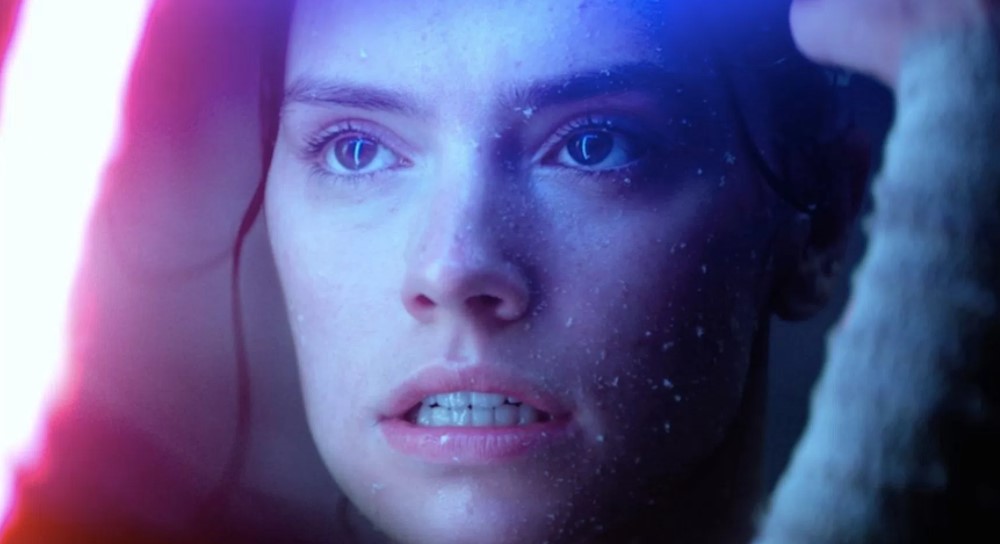 Anyone who’s nervous about the film, relax. It might play it a touch safe (one thing you could never accuse the prequel trilogy of was not trying something different. This steers close to the original trilogy) and there may be a few scenes and story elements that divide fans opinion (which we’ll all be talking about in detail once folks have seen the movie) it’s going to make a lot of people very happy indeed, me included. The final scene gave me chills while another scene had me holding my face in sorrow. It’s an emotional rollercoaster in the best sense and it needs to be watched multiple times. I already know that the more I see it, the more I’ll enjoy it. Bring it on. 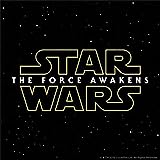 Star Wars: Episode VII: The Force Awakens (Original Soundtrack)
$11.31
Buy on Amazon This is a paid link. Learn More. Clicking the link may take you to the Amazon store servicing your country Price incl. tax, excl. shipping.  Details correct as at: 2021-06-14