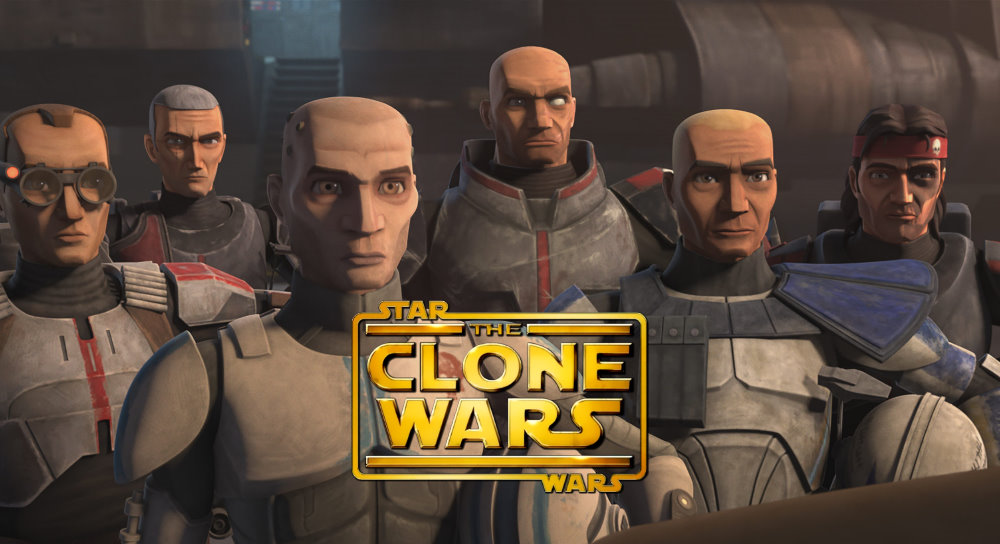 Every time an episode of The Clone Wars lands, Fantha Tracks will be giving their responses, and here are our initial gut feelings, deep dives and thoughts on the fourth episode of season seven – Unfinished Business. Beware of spoilerific elements in here.

“Trust placed in another is trust earned.”

War rages on! With ARC trooper Echo rescued from the Techno Union, the Republic returns its attention to the battle for Anaxes, where without Echo’s strategic intel, Admiral Trench and the Separatists have lost the upper hand.

But the question remains: can Echo’s newfound ability to access Separatist computers help the Republic regain control of their vital shipyards?

A cracking end to a fantastic arc marking the return of The Clone Wars. It was great to see Echo find a new home with the Bad Batch and Anakin being a bad a** with Admiral Trench.

The one thing that upsets me about the return of The Clone Wars is the lack of action figures to tie in with the show. How awesome would it be to have a Bad Batch Multipack in 3 3/4 or an Admiral Trench figure! I’m salivating at the thought of a Trench or Embo Black Series figure. Please Hasbro, make some new Clone Wars figures.

Not that the season so far hasn’t already been excellent, but this – the 4th episode of the seventh season – really is a cracking adventure. With the ‘algorithm’ in their possession and Echo prepared to turn his knowledge against the Separatists, Rex, Anakin and the Bad Batch head to the capital ship of Admiral Trench to feed plans to Trench and take back Anaxes.

It can’t be overstated how excellent the direction and design is on this episode. It is truly cinematic, married with Kevin Kiner’s always excellent score and the action is gripping as ever. Master Windu gets to evoke his most iconic moment from the 2003 Tartakovsky micro series, taking on numerous Super Battle Droids alongside Obi-Wan while the aerial action gives us a subtle McQuarrie nod.  Mace is on top form, and while we’ve yet to see much of Obi-Wan Anakin continues to shine, and as the tide turns the way of the Republic we see a darker side to Anakin than we’ve seen in the show so far. If there was any doubt we’re approaching Revenge of the Sith then his actions with Admiral Trench leave us in no doubt – the war and his personal responsibilities are taking a heavier toll on him than he could ever admit to himself.

The season hit the ground running, but with Unfinished Business it’s really motoring towards the end game, and with Echo choosing a different destiny and one more Separatist leader nullified, Palpatine’s long game – one of the most insidious plots in fiction – continues to weave its way towards a conclusion.