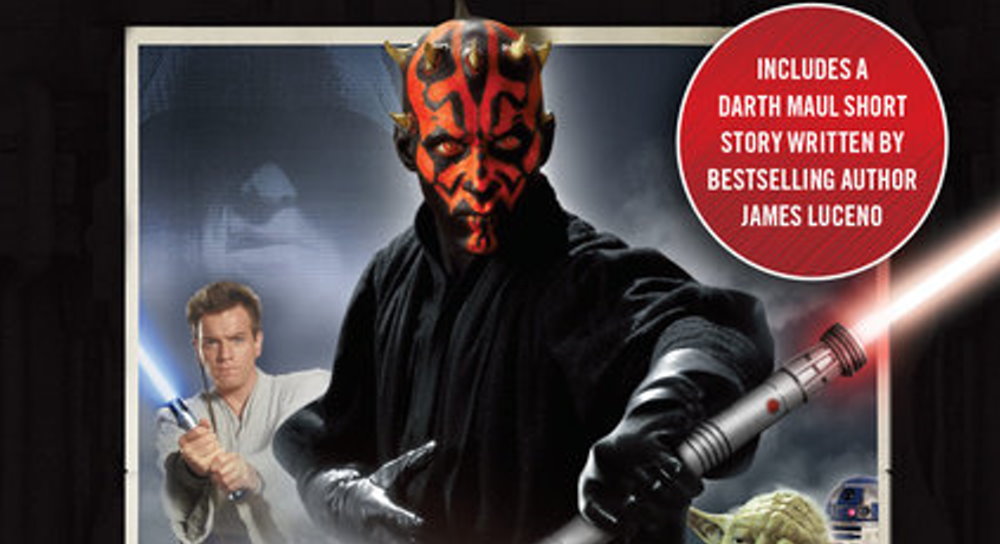 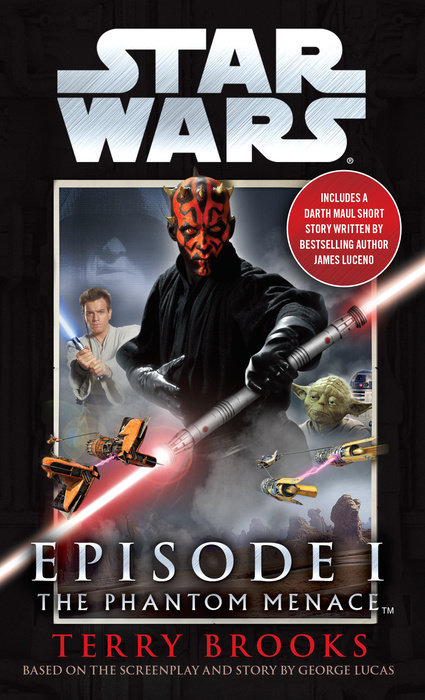 On the desert world of Tatooine, far from the concerns for the Republic, a slave boy works by day and dreams by night—of being a Jedi Knight and one day traveling the stars to worlds he’s only heard of in stories… of finding a way to win freedom from enslavement for himself and his beloved mother. His only hope lies in his extraordinary instincts and his strange gift for understanding the “rightness” of things, talents that allow him to be one of the best Podracers on the planet.

In another part of the galaxy, the Jedi Knight Qui-Gon Jinn and his apprentice, young Obi-Wan Kenobi, are charged with the protection of the Amidala, the young Queen of Naboo, as she seeks to end the siege of her planet by Trade Federation warships. It is this quest that brings Qui-Gon, Obi-Wan, and the Queen’s beautiful young handmaiden to the sand-swept streets of Tatooine and the shop where the slave boy Anakin Skywalker toils and dreams. And it is this unexpected meeting that marks the beginning of the drama that will become legend…

If only the film had contained as much detail as the book!

I’ve read this novel three times now. The first time I read it I had only seen the movie once, so it was with an expectant mind that I immersed myself into this adaptation of the George Lucas story and screenplay. I must admit to being mildly surprised.

Those of you who went to see the film may have thought that it lacked a certain something. That missing something is found within the book. The book starts before the film by explaining some of Anakin Skywalkers history immediately preceding Episode I. The first few chapters act as a prologue to the film story, explaining how the enmity has built up between Anakin and Sebulba, showing Anakins view of the universe he lives in, and going someway to explain his character in greater detail.

Apart from the first few chapters, the book follows the film pretty closely. It explains a bit more about some of the major characters and fills in the majority of the gaps that the movie leaves out. It also shows that the Sith are a pretty diabolical bunch. But we knew that anyway. The prose is slightly simplistic, but such is the style of author Terry Brooks. In all though the book is an easy and enjoyable read, probably more so having seen the movie.

The original version of this review was published on www.lightsabre.co.uk on 21st April 1999.