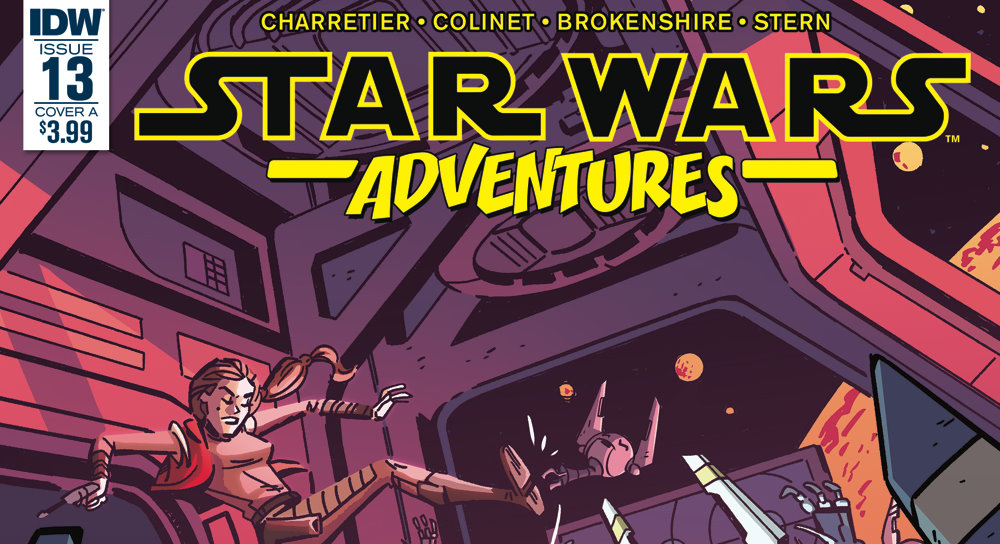 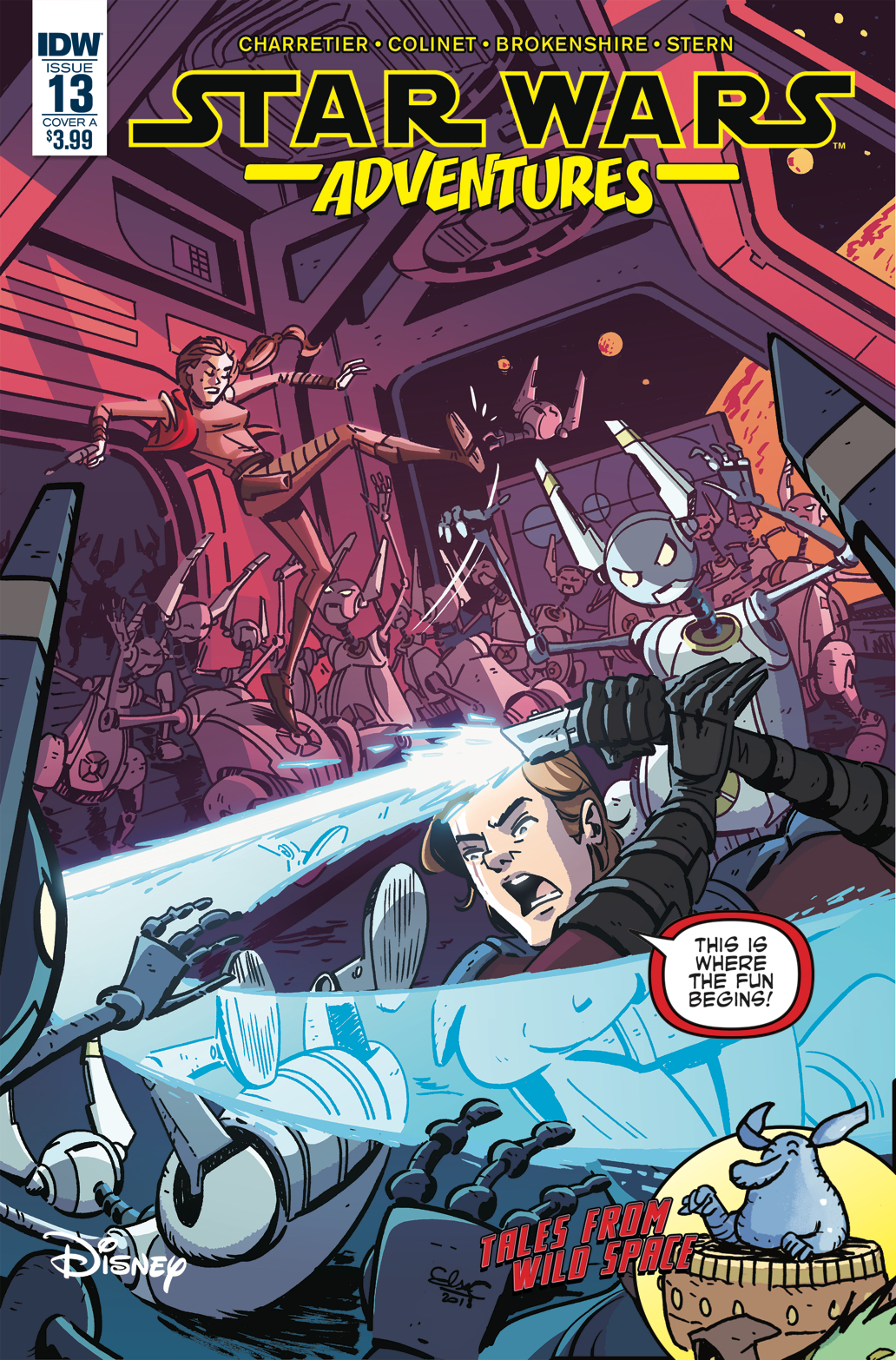 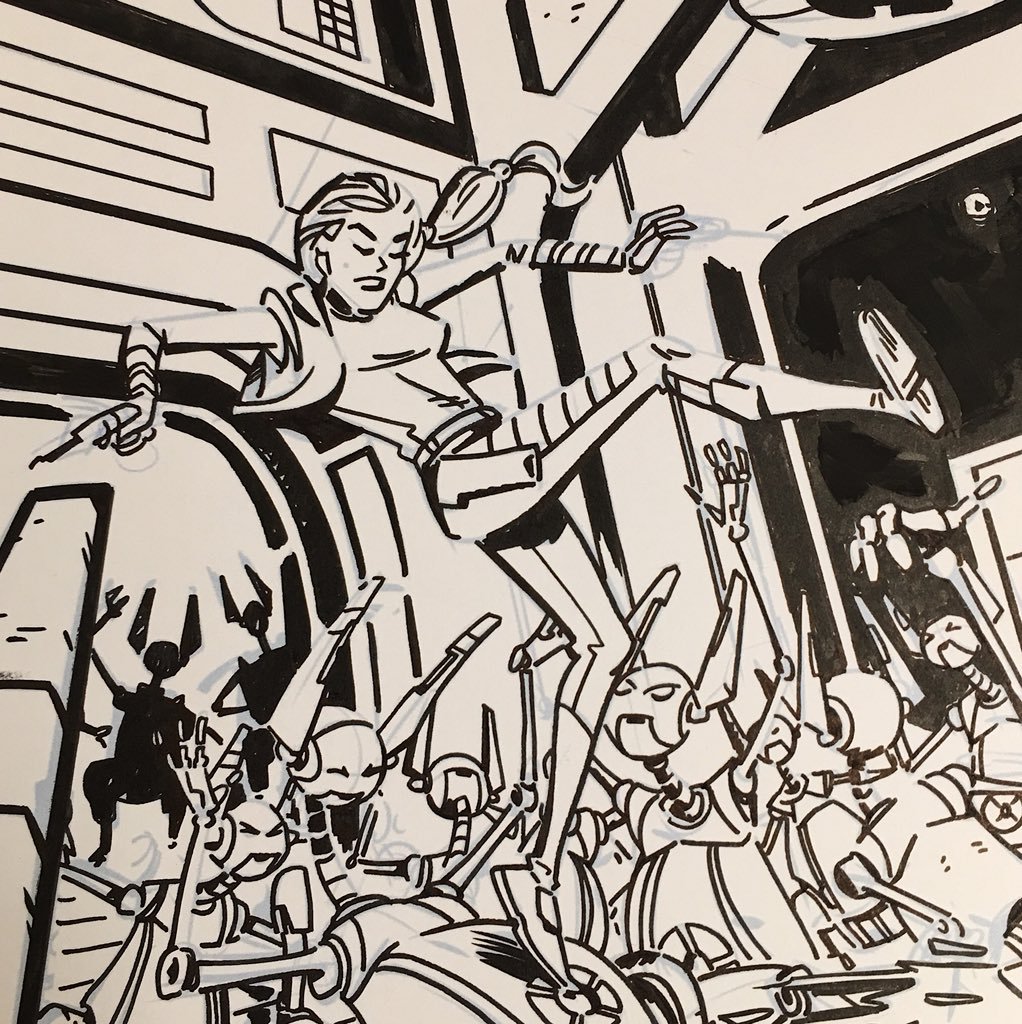 Presented in the tone of the more comedic episodes of The Clone Wars, issue 13 continues the previous issues storyline as Anakin and Padme, on a mission to Caamas in the Cirius system, cross paths with self-involved diva and actress Risha Synata. Learning of her involvement in a Separatist plot, they endeavour to stave off their plan of killing all the senators who refused to join Synata and the Separatists with deadly toxic gas during a stage play.

There’s a fantastic sense of fun springing from every page of this story by Elsa Charretier and Pierrick Colinet, and despite it not being the most accurate depiction of the Star Wars galaxy – we see one Separatist offer munching on a subway and another playing what looks like a very congested game of PacMan – it evokes that much-loved early 80’s Marvel style where the galaxy had no borders and anything was possible. Anakin and Padme are charming and fun, and Anakin’s solution to foiling Synata by quickly grabbing a very Vader-like mask and cloak, was a neat bit of foreshadowing.

And as Anakin reports his findings back to the Jedi Council, a very prescient line from Master Windu. “By distorting history, our enemies are now attacking the truth.” Never a truer word was said.

And speaking of the Coruscant Detention Center (or more correctly, the Republic Judiciary Central Detention Center) we even get to see this foreboding, 1242 level structure, where Madam Synata is required to do one last close up before sharing her jail sentence with 300,000 other prisoners. I got a kick out of that, having written about the Detention Center for Build the Millennium Falcon magazine a few years ago, so that was a cool building to see.

The second story is Tales From Wild Space, The Blue Brother. Written and drawn by Nick Brokenshire, who UK fans will also know as the frontman of Blues Harvest, I’m genetically predisposed to like this tale for a number of reasons – it’s named after one of my absolute favourite non-Star Wars movies and it features Max Rebo, who never gets enough attention. 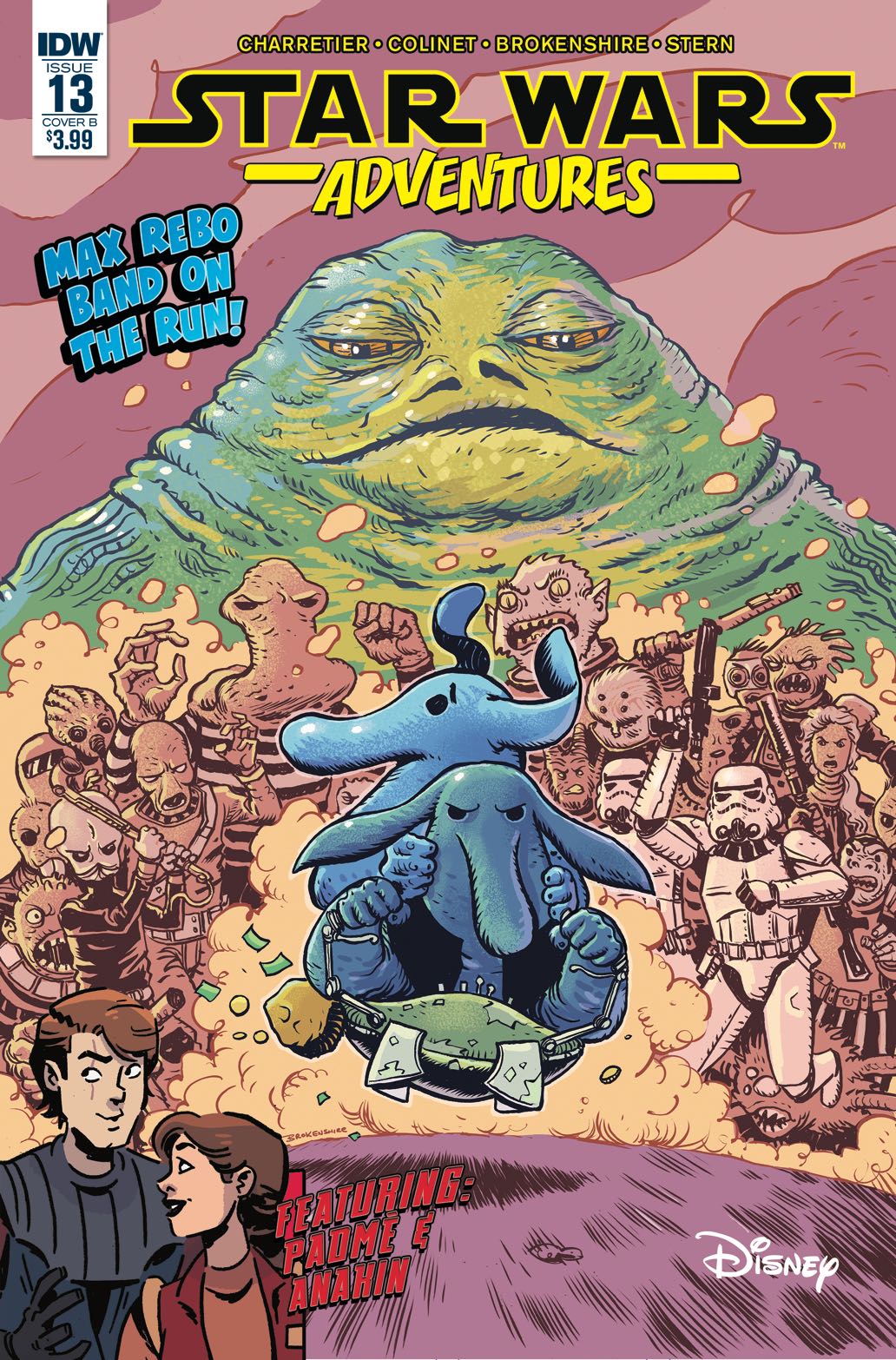 The story is one of mistaken identity as Max, on a day away from the palace in Mos Eisley, is mistaken for his ne’er-do-well brother Azool, who blasts into town on the back of a series of robberies and scams and drags his brother into the mire with him.

The story is jam-packed with background characters, nods to past tales, and a rare and welcome sojourn from the palace for Jabba who finds an appropriate punishment for Azool on his sail barge, one that luckily doesn’t involve being eaten by the sarlacc.

It’s a fun, brisk, speedy tale, exactly the sort of fun filler the title does best and as issue 14 looms featuring the mighty Chewbacca the end of the month can’t come fast enough as we start the 5 part Flight of the Falcon storyline. As it stands, if there was a Star Wars comic I’d like to write for the most, this one would be it.