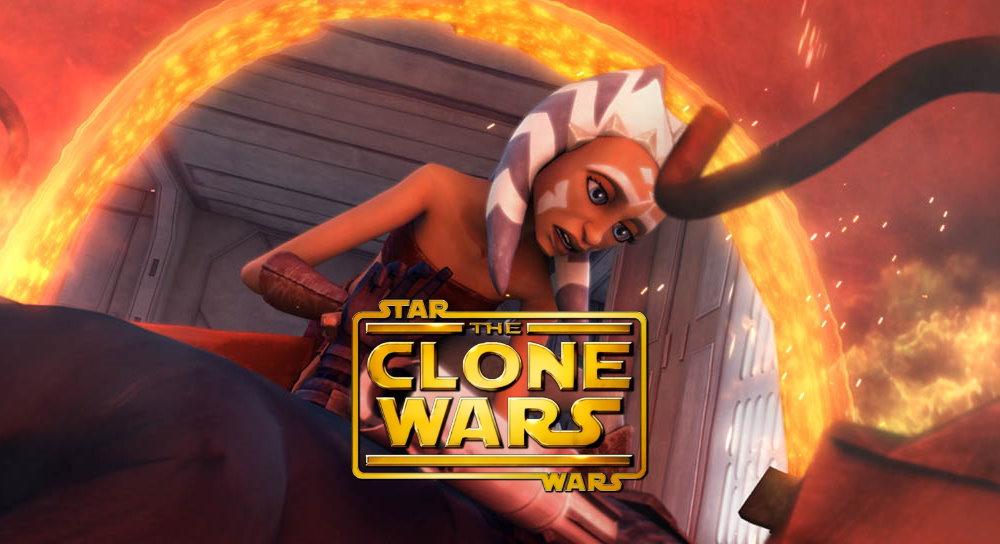 When The Clone Wars first aired back in late 2008, Lightsabre.co.uk guest reviewers looked at the show, giving their initial gut impressions on that groundbreaking first season – but not every review was completed, and so those reviews written at the time were never published. In an unpublished article written in 2008, Gary Willis looks back at the thirteenth episode of season one – Jedi Crash.

“Greed and fear of loss are the roots that lead to the tree of evil.”

The Republic fleet is on the defensive and pushed to the brink! As war rages in the much contested Outer Rim Territories, chaos and fear mount as the Separatist army wages an epic battle against heavily outnumbered Republic ships in the far reaches of the Quell system.

Anakin Skywalker and his Padawan Ahsoka race across the galaxy to aid Jedi Knight Aayla Secura who is in the midst of a fight for her life as the sinister droid army closes in….

The show begins with a bang with a great ship battle. It also includes close quarters combat with plenty of lightsaber action! This is the first time we see Aayla Secura in The Clone Wars series, and to this day I am not sure whether I like the French accent for her or not, but I am leaning toward disliking it. However, I really love the colors of the opening battle. Fighting in a blue sky amongst the clouds is a very different contrast to the natural darkness of space we are accustom to seeing during ship battles. It is also the first time we see flying Super Battle Droids which creates an entirely different perspective of a ship battle and boarding party. I was a bit surprised by the willingness of the Tactical Droid Commander to destroy other battle droids to gain the advantage during the conflict.

The docking of the Republic Cruiser with the Star Destroyer Resolute gave the feel of Episode IV’s opening space battle with the Tantive IV. Up to this point in the films and the TV series we have always seen a strong and brash Anakin Skywalker. It was a sobering moment to see him injured and fighting for his life foreshadowing the events of Episode III. The damaged cruiser’s hyperspace jump led it too close to a star. It was a great connection to Han Solo’s conversation with Luke from Episode IV.

After the crash, we see the wisdom of Aayla in dealing with a difficult situation and guiding Ahsoka. We meet a new species called the Lurmen. They left the Republic during the war because they are pacifists. It is the first time we really see this pacifistic point of view in the Star Wars universe. The Lurmen are only willing to aid the Jedi in helping to heal Anakin and no more because they blame them for widening the conflict.

Overall, the show has great action, suspense, and coloring throughout. It is not one of my favorite episodes, but it is a very solid show.