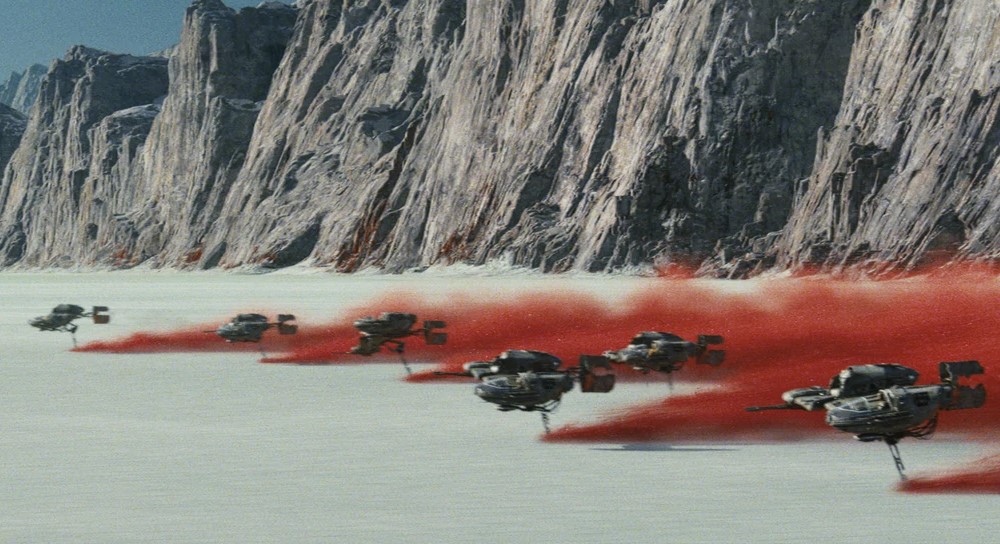 Three years have passed since The Last Jedi hit theaters. Episode eight in the nine-part Skywalker saga steamrolled the worldwide box office grossing more than $1.3 billion. However, despite the financial success, the movie’s storyline divided fans.

One thing everyone was in agreement about, where the beautiful locations that appear in the film. Canto Bight, Ahch-To, and Crait captivated imaginations. However, just because these places appeared in a sci-fi film, that doesn’t mean you cannot visit them in real life.

If you are into gambling and fancy yourself a high-roller, Canto Bight is the playground for the galaxy’s ultra-rich, and it is for sure a place that you’d like to visit. Located on the desert world of Cantonica, it’s a place of opportunity, where if lady luck favors you, you can win big at games inside its casino, racetracks, or at other activities that bring thrills and money in your pocket. On the contrary, if you have money saved up, or win some playing at brand new online casinos, you could easily arrange a trip, and experience some Star Wars magic.

In real-life, the Adriatic Sea-side town of Dubrovnik, Croatia, is the closest that you’ll get to Canto Bight. It does not have its gambling entertainment, but it does share some of its landscapes, given that it’s the filming location. Dubrovnik is no stranger to silver-screen stardom, as it has lent itself to other Hollywood blockbusters such as the James Bond movies, and the new Robin Hood.

Ahch-To – the Island of Skellig

From space, Ahch-To may seem like a world comprised of nothing more than a body of water, but there is more than meets the eye with Ahch-To, as its green tree islands are the birthplace of the Jedi Order. In the film, it serves as the home of Luke Skywalker, who is hiding there while in exile.

Outside the fictional universe that is Star Wars, Ahch-To exists in Ireland, on the Iveragh Peninsula in County Kerry. There are actually two islands, a larger and smaller one. The larger is known as the Great Skellig or more famously Skellig Michael, and the smaller one is the Little Skellig. Both are bird and biodiversity areas, and Skellig Michael is a UNESCO World Heritage Site, due to its early Christian monastery.

In the film, a thick crust of white-colored salt covers Crait’s red soil, a small planet in the galaxy’s Outer Rim Territories. Its surface reflects sunlight, and it would be blinding to anyone midday. Crait once hosted a Rebel Alliance outpost, but years later, it became a haven for Leia Organa’s Resistance.

In reality, Salar de Uyuni stood in for the fictional planet. It is the world’s largest salt flat, stretching 4,050 square miles, a remnant of prehistoric lakes that evaporated eons ago. It is an otherworldly terrain, a lithium and salt extraction site. You can find it at the crux of Argentina, Chile, and Bolivia.