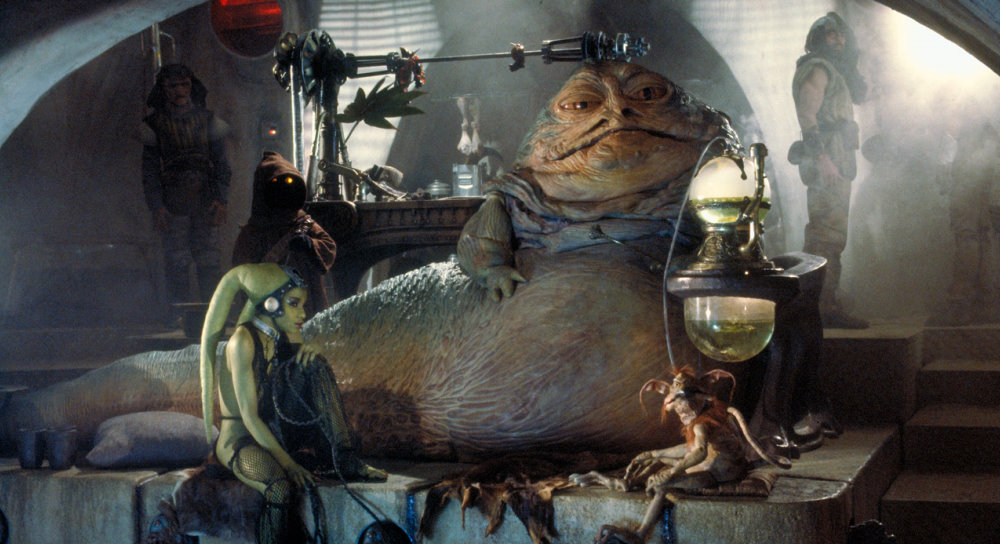 Star Wars has entered into the pop culture landscape for more than 40 years ago. Since then, there have been a dozen feature films, a dozen of TV series, novelizations, comic books, trading cards, video games and even theme-park attractions. However, people were wondering how is the Star Wars universe when comes to the entertainment industry.

Of course, there are books and encyclopedias that show-off one of the most played games or one of the most visited entertainment places. We are not talking about the popular podracing where Anakin Skywalker participated in. We are talking about casinos, where humans and aliens loved to play a set of cards against each other.

The latest Star Wars movie story, Solo: A Star Wars Story, has featured this type of cards entertainment in a more detailed way. However, the movie Star Wars: Episode VII The Force Awakens was the first one to briefly feature species that play casino games on Takodana planet at Maz Katana’s castle. In addition, the Star Wars universe is well, a whole universe that is composed on many planets that are thriving with life.

For example, planet Pantolomin is known to host a very popular game among casual players. Called Halfback’s Bluff, the game is involved in betting, where a halfback creature has to retrieve a shiny object. The object is usually thrown into the shallow waters which are near a casino or ship. The halfback creatures have to wrestle among themselves in less than 10 minutes. However, the game has become pretty popular to many underground casinos.

Entertainment Spots in the Galaxy

During the New Order, there was the finest casino ever known in the Star Wars universe. Called Illuminated Aquean, it was Vaynai’s finest casino and it was located on Streysel Island. The walls of the casino were huge transparisteel fish tanks where at night the tanks were illuminated to provide light and show off the wonderful colours of Vaynai’s aquatic life.

Like any fine entertainment spot, the casino needed security. The tanks as well as the walls and doors, where reinforced and shielded to prevent anyone from shooting their way into the casino. Amira Nasrabi, owner and operator of Illuminated Aquean has hired the most intimidating Mon Calamari guards she could find and she made sure that they act with impeccable manners so that players will not be scared off.

Do you guys remember Jabba the Hutt? Well it seems that Lucky Despot, which was a space worthy cargo hauler was known to his ears. Lucky Despot was a cargo hauler that ended up into the sand. The hauler was turned into a hotel and casino by Lady Valarian, a Whiphid and a local crime lord who was an archrival of Jabba the Hutt. The hotel and casino could be found near the center of Mos Eisley spaceport on Tatooine.

Maw Casino was one of the many casinos aboard the Errant Venture in the years of the following Swarm War. The decor of the casino was in keeping with its namesake. The colour combo used on the walls was black to swallow up light, like a black hole. The tables had silver surfaces with curving glow rods along the outer edges. The casino doesn’t have overhead lighting, however, waiters wore clothing and jewelry that glow in the dark, making the entire casino a scene from the Maw itself, which was the perfect place to meet in privacy.

The name of the casino comes from a collection of black holes near the planet Kessel, called Maw Cluster. The Maw has served as a hiding place for the Maw Installation, where a group of Imperials scientists worked on a new destructive weapons. The Maw was one of the wonders of the galaxy, and it was visible only because of the ionized gases drawn into the holes.

Because the area has an intense gravity, the Maw was slowly drawing the entire Kessel system into the black holes. Its existence was a mystery, since it seemed impossible for a group of black holes to co-exist in such close proximity.

The list can be continued with Invisible and Ineluctable Casino, a name used by Drawmas Sma’Da in order to describe his casino enterprise, which was based on skirmishes and battles fought during the Galactic Civil War. Sma’Da had an uncanny ability to predict the outcome of battles between the Empire and the Alliance.

Many of the galaxy’s high-class beings wanted to play with Sma’Da, however his popularity caught the attention of Emperor Palpatine. Unfortunately, Sma’Da ended up with a bounty on his head and was captured. His decisive outcome of the Battle of Endor, the prominence of Sma’Da was quickly dwindled.

In the early days of the New Republic, we will meet Ludlo Lebauer, who was the owner of the Pearl Island Casino on Pavo Prime. This hulking Jenet loved to have rare and unusual art. Shortly after the Battle of Endor, Ludlo Lebauer started to negotiate with the New Republic for a salvage contract. He wanted to put himself against the Invisible Shell, which was an underground organisation run by his powerful uncle, Lorimar Lebauer.

However, The Republic refused Ludlo’s petition, so he tried to get their attention by offering Leia Organa Solo rare Alderaanian art in exchange. Leia refused at first, but then she learned of Ludlo’s plans to take control of Invisible Shell, so she offered to commute Lorimar’s prison sentence for fraud in exchange of the masterpieces.

Ludlo didn’t want to expose his plans, so he agreed, however he wanted to finish off Leia and Han Solo before they could leave the planet. His plan backfired, and he had to go through another deal with Leia, otherwise she would had exposed Ludlo’s treachery to his uncle.

Entertainment Forms Of the Galaxy

We were talking at the beginning about a popular betting games found on the Pantolomin planet. However, Halfback’s Bluff wasn’t the only popular game. Jubilee Wheel, was another popular game which was found in casinos throughout the galaxy. From the name of it, sounds like a roulette, especially like the new 20p Roulette. However, Jubilee Wheel’s players would choose a number from 100 that had to appear after a random spin of the large jubilee wheel.

Not to be confused with a space station, Jubilee Wheel, which was known to orbit around Ord Mantell during the early years of the New Republic. However, it seems that Ord Mantell wasn’t only “visited” place by the Jubilee space station. The planet located in the Bright Jewel system housed the Lady’s Fate Casino, near Hotel Grand. The place is known in one of Han Solo’s adventures, where he has spent some time after the events of planet attack by Yoozhan Vong.

In addition, Lady’s Fate Casino isn’t the only one that can be found on Ord Mantell. Pink Sky Casino was also known because Cabet Lom. The Twi’lek ran starship-repair and parts during the Galactic Civil War, where he lived and worked in a penthouse suite in the casino.

After the Swarm War a new popular form of sport emerged to be practised in many casinos. Called Microdroid Wrestling, the sport was about building small droids, no longer than 10 cm which their main function was of gladiators. Each event paired two contestants and the droid that won the competition was moved on the next round. The combat between the droids took place in a secure chamber where the arena participants would not get accidentally injured when the droids attacked each other.