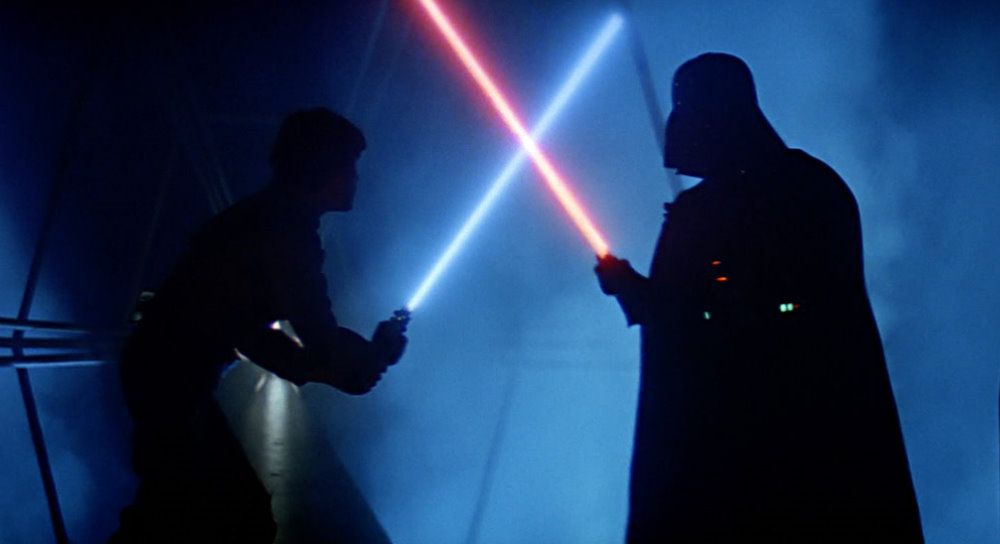 One the most iconic costumes in movie history is that of the intergalactic villain and underboss to the treacherous Emperor, Lord Vader. His black helmet with its breathing apparatus, armour with its control panel and life support functions and the black flowing cape, the one supposedly made for and used in Star Wars: The Empire Strikes Back, went on the auction block at Christies. The entire costume on sale as part of the collection of an anonymous private collector but sadly didn’t find a buyer as the reserve price was not met. The bidding for the costume closed at £150,000 which works out to about $230,000 with no sale. Sadly the Force wasn’t too strong with this one.  If you love Darth Vader but want something more affordable then Lottoland cites the Darth Vader action figure, released in the 1970s as fetching £1,770 on eBay.  Something more in my price range!

If you love major fashion brands like Louis Vuitton and Chanel, as well as being an art aficionados or collector, then perhaps the second item on our list if for you.  Taking geek and fashionistas by storm, May’s work uses LEGO’s Star Wars characters and re-brands them while including background artistic motifs and brand logos to achieve some very chic effects.  One piece features the etiquette droid, C3PO, who’s been slightly modified to carry the Chanel branding.

“V3PO” in his gold glory is positioned in front of a design featuring the renowned Louis Vuitton monogram and representing the dark side is Vader who now seems to be wearing a Louis Vuitton belt and is placed in front of a Chanel logo. Two sizes of each print (24″ x 24″ and 42″ x 42″) were made available and are presented in silver c-print face mounted to an archival acrylic, backed with aluminium.

Perhaps this is not the most prestigious item on the list but it’s surely something an aristocratic Star Wars fan would choose to have as an essential clothing accessory. Neiman Marcus prides itself on chic, new age, high-fashion designs and who would pass up an opportunity to design something in a Star Wars motif; so enter the limited edition 14CT yellow gold Darth Vader cuff links. If the Dark Side is not your cup of tea, you could always switch over to the rebel alliance and go with Yoda styled options that are also available in the same form.  Each of these exclusive cufflinks feature a round back with either a Galactic Empire or Rebel Alliance symbol imprinted, clearly demarcating just which side of the Force you stand on.

An absolutely stunning piece of craftsmanship, the Star Wars watch modelled after the quintessential sci-fi villain, Darth Vader, and his infamous flying machine the TIE Fighter, Devon has captured the very essence of the series with poise, innovation and created a horological wonder. It’s a brilliant homage to the iconic ‘bad-guy’ and doesn’t get more suave than this. Using quality materials like Diamond-Like Carbon steel and other aerospace grade components – glass-enforced nylon belts, hybrid electro-mechanical power, optical recognition cells and electrical contacts – the limited edition Star Wars watch by Devon watch looks like it’s worth every penny of its $28,500 price tag; it even ships with a stand that’s designed like a TIE Fighter and the company also throws in a couple Star Wars styled cuff links as a bonus!

Worn by Carrie Fisher in Star Wars: Episode VI – Return of the Jedi, this is probably the single most appealing article of clothing that was ever designed for the sci-fi genre, period! Made from flexible, gold-painted red dense-urethane rubber, the actress reportedly found it extremely awkward and uncomfortable to wear while shooting, but the show did go on and the iconic Leia “slave” metal bikini stands second to none and hence, fetched such a high price while on the block.

If you’ve been good little boys and girls and saved up or invested wisely then perhaps this prop from the original Star Wars Episode IV: A New Hope movie will be something on your geek must have list – an original model of the empire’s TIE (Twin Ion Engine) Fighter that was used in the film. In fact this was the same ship flown by the inept pilot that collided with Vader’s craft during the final end run on the Death Star. It’s a detailed model that sits at 18 x 14 inches and stands 24 inches on its display base. There’s no battle damage on this baby so it’s in pristine condition. Maybe you can build your own replica of a Death Star and re-create the final scene; you could even shoot it with the Star Wars camera we’ve mentioned on this list, if you can afford both.

For the true Star Wars fan/collector there’s nothing like owing an actual prop from the movies themselves and not some knock-off replica or mass made toy; so when Luke Skywalker’s Lightsaber goes on the block, one can expect the stakes to be quite high. This particular piece of movie and Sci-fi ‘history’ is the actual prop used by actor Mark Hamill in the original saga’s initial episodes – Star Wars: a New Hope and The Empire Strikes Back. “An elegant weapon, for a more civilized age” his blue Lightsaber was given to him by Obi-Wan.

One of the stranger items to go on sale before Force Awakens hit the theaters is a Panavision PSR 35mm motion picture camera that set a new world record for items sold in this category. It was auctioned off along with plenty of relevant accessories and is, in fact, fully functional. While regular geeks may not really find it all that interesting to spend good money on a camera used by creative genius George Lucas while filming the original trilogy, there is a breed of hardcore fans and movie collectors who wouldn’t hesitate to write out a cheque with six figures on it for an item like this. I wonder what they’ll end up using it for.