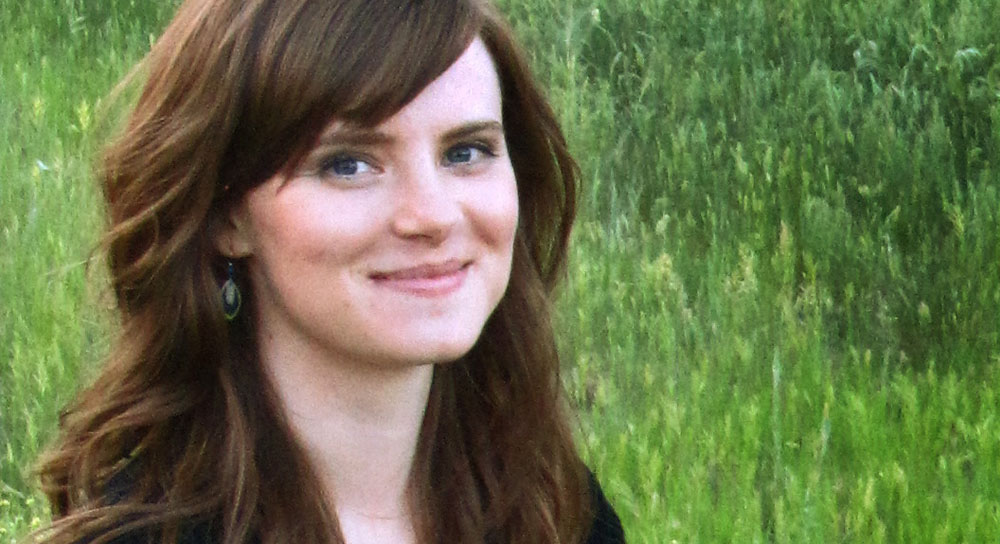 “Those who can’t do, teach.” Most of us are familiar with this misguided proverb, used to imply that people who are unable to do something well will resort to teaching it. Author K.M. Weiland never got the memo. As an award-winning internationally published author of historical and speculative fiction (or “some kind of weird combination of both”, as she humorously puts it) AND of non-fiction writing guides, it’s safe to say that she has mastered both. When she isn’t proverbially busy earning accolades through her books, she regularly updates her award-winning blog Helping Writers Become Authors. We would hate to be her fireplace mantle.

In addition to building new worlds of her own, Weiland is also a fan of a far away galaxy created by someone else. Merging work and play on numerous occasions, she uses A New Hope to teach story structure, quotes Han Solo when explaining how to write funny dialogue, and even credits Star Wars as an inspiration for what made her a writer in the first place. One time, she gave away some Yoda hats due to a happy accident. And yes, her website includes a Boba Fett’s Guide to Writing Cool Characters.

Fortunately for us, Weiland was kind enough to take time out of her busy writing schedule for an interview. Her answers are both fun and thought-provoking for writers and non-writers alike, and offer a glimpse of her knowledge and insights as a real-life Jedi Master of storytelling. Ready to be her padawan? Read on!

FT: What are three interesting facts about you that your fans may not know about?

KMW: I’m obsessed with Jungian psychology.
I’ve been published in 7 different languages.
I like walking in graveyards at night.

FT: How did you discover your calling as a writer?

KMW: I started writing when I was twelve and published a small newsletter throughout high school. I independently published my first novel when I was twenty. But I didn’t really take it seriously as a business until my next book, the medieval historical Behold the Dawn, came out three years later. And now, here I am with five novels and working on my tenth guide for writers. Stories are like breathing. Life without a story in my head is one-dimensional, stagnant, vapid. I love the life I’ve been given, but I think I love it better because I’m able to live out so many other lives on the page. I’m more content to be who I am because I’m not trapped in that identity. When I sit down at my computer and put my fingers on the keys, I can be anyone or anything, at any time in history. I write because it’s freedom.

FT: What is your earliest Star Wars memory? 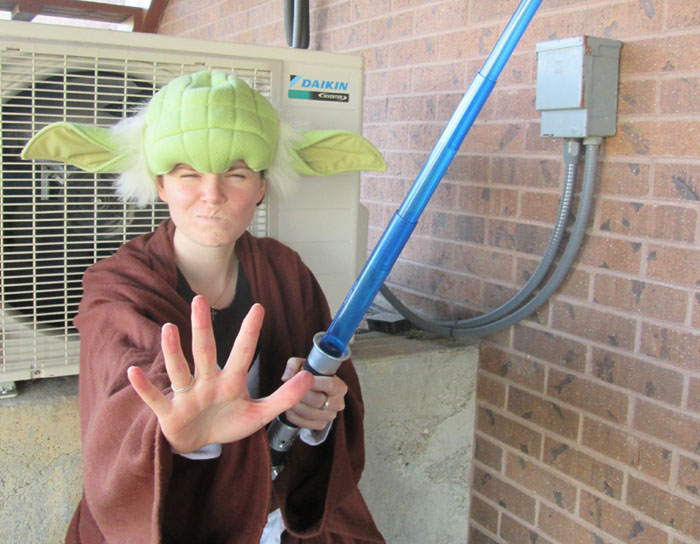 FT: Which Star Wars character(s) can you relate to the most?

KMW: That’s harder to answer than it should be. The characters are so archetypal that there’s something relatable in every one of them. Certainly, there’s a lot I can relate to in Leia. But in the end, I’ve gotta be totally vanilla and go with Luke — because his whole character is built around being relatable, right? Think of that scene in A New Hope — the one I (and probably everyone else) calls the “destiny scene” — when he stares forlornly at the horizon while John Williams’s inimitable “Binary Sunset” plays. I doubt there’s anyone who doesn’t relate to the look in his eyes — a longing for something he can’t even name.

FT: What is your favorite Star Wars film?

KMW: The Empire Strikes Back — hands down. It’s a masterpiece of pacing, philosophy, character development, and dialogue.

FT: How does telling stories for a living impact or enhance your enjoyment of Star Wars as a fan?

KMW: First of all, in so many ways, it’s hard to imagine myself as a writer without Star Wars. I grew up absolutely steeped in the original trilogy and later the Extended Universe novels. Timothy Zahn’s Thrawn trilogy was a big influence on me as a young writer. I remember thinking, I want to write like this.

Secondly, I think my appreciation for what the original Star Wars trilogy represents as cultural mythology has only deepened the more I learn about archetypal story theory. Its clarity, purity, and power is amazing. It has and will always influence my own writing in ways beyond my own conscious realization. I mean this in a way that goes beyond just general geekiness: I am so grateful to live in a world where Star Wars exist. 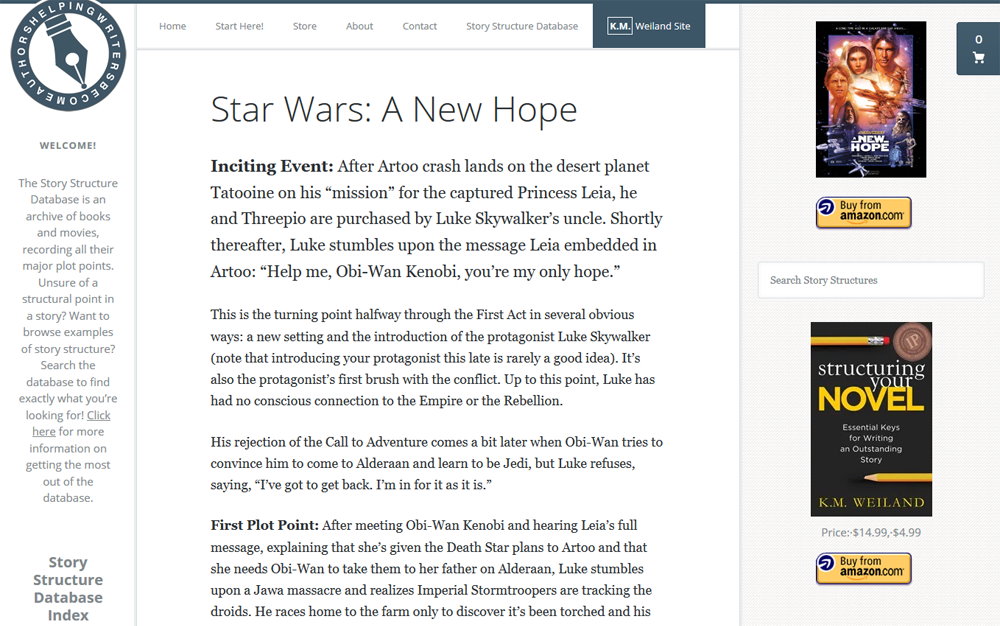 FT: How has Star Wars impacted and/or inspired you as a fiction author?

KMW: As I said, I’m so steeped in Star Wars that it comes out my pores even when I’m not thinking about it. So the shortest answer is yes. The longer answer is that I keep coming back again and again to the archetypal purity of the original trilogy, as well as the sheer imaginative scope of the worldbuilding as a sort of guiding star for my own speculative fiction.

FT: Do you have a favorite Star Wars novel?

KMW: I read them all up through my early twenties — even the truly awful ones. But my favorites remain my first: the aforementioned Thrawn trilogy by Timothy Zahn. They’re the only books (or follow-up movies, IMO) that came close to truly capturing the original spirit of the movies. Plus, Mara Jade was awesome.

FT: From the perspective of someone with a deep understanding of character arcs and plot structure, where and how does Star Wars best succeed?

KMW: On a scale of 1-10? 10. There are a scant few stories, especially of that popularity and scope, that hit that bullseye at the center of plot, character, and theme so well as did the original trilogy. There’s a reason writing instructors, including myself, return to Star Wars over and over again for examples of any given storytelling technique.

There are so many factors at play, but the one string that ultimately ties everything together is the structural and thematic integrity maintained by Luke’s arc. However interesting Leia and Han may be, they never distract from the throughline of Luke’s arc and its exploration of good and evil. So many modern movies muddy their throughline or their thematic and structural integrity by spreading themselves too thin on subplots. The original Star Wars trilogy is a testament to the power and simplicity of a focused storyline.

FT: What is your favorite bit of dialogue in Star Wars?

KMW: Again, so hard! What immediately pops to mind is Han’s bit in A New Hope where he tries to chat up the stormtrooper on the other end of the prison comm: “I’m fine now… how are you?” That one always cracks me up. But one that has actually been a deeper influence in my life would have to be Yoda’s “Do or do not. There is no try.” I come back to that a lot.

FT: There are many fans who write Star Wars fan fiction, and some will no doubt be reading this. What is the most important piece of advice you would offer to them?

KMW: Have fun. That’s probably the biggest legacy of Star Wars. But I’d also suggest really dialing into that archetypal purity of the originals. There’s so much to be learned there if you want to progress to writing your own fiction. And even if you don’t, the power of the archetypal narrative is one with the ability to profoundly affect your own personal growth. So don’t just have fun playing with the story elements. Really dig deep and pay attention to the reasons these stories have affected you so deeply. Who knows? Maybe one day you’ll write a story that has the same effect on someone else.

FT: What are you most looking forward to achieving in your career?