With the massive success and diverse cast of Bridgerton catching the attention of audiences worldwide, John Boyega has made it very clear that not only would he relish the paycheck such a role would bring, but he’d also enjoy the change of pace such a role would bring. Talking in a Hollywood Reporter Emmy roundtable with Bridgerton‘s Regé-Jean Page, The Crown‘s Josh O’Connor, Fargo‘s Chris Rock and Lovecraft Country‘s Jonathan Majors, he discussed his time in Star Wars, and that Bridgerton role.

BOYEGA I’m trying to get that Bridgerton money, man. I need to wear them skintights, I need to be the new guy up in there.

PAGE Tell you what, I’ll have that Star Wars money, you can have the Bridgerton money. (Laughter.)

BOYEGA But, honestly, something like that. Give me a horse and a lovely maiden and all of that.

He also broached his wider career, and the challenge of such roles compared to the more limited character develoments of blockbusters.

John, in speaking about Small Axe, you’ve said, “For the first time in a long time, I looked at my art and I said, ‘I missed you and it’s good to be here.’ ” It’s clear that you’re drawing a contrast with your blockbuster work. I’m curious how much pressure is there to stay in that blockbuster lane once you have made it in? And where does that pressure come from? 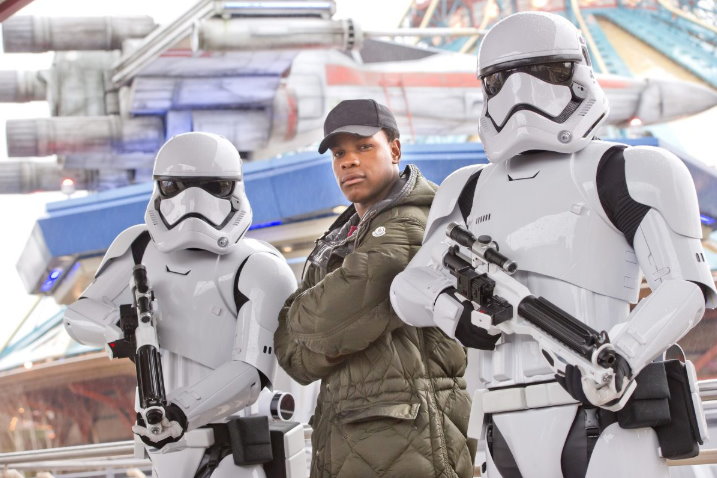 BOYEGA I don’t know if it’s a pressure but it’s definitely a choice that you eventually have to make. I’ve always just wanted to be in things that I enjoy watching and sometimes they’re low budget, sometimes they’re more character-based and sometimes they’re blockbusters. So, I don’t necessarily feel there’s a pressure to choose a path but I do think while you are working on a studio movie, it takes up so much of your year that when you are done, all you want to do is rest. Most times when you’re working on a studio film, you’re not gonna have the energy to pump out the same caliber films in an indie or a drama because of the time and so you just miss being a character, you miss being someone different. With something like Star Wars, you’re playing one character that evolves but he is still that one guy. And on a career front, it still only shows one side of what you could potentially do. And then there’s CGI, visual effects, training, the marketing campaign, all that stuff. Like, sometimes I just wanna chill. (Laughs.)

Star Wars Battles that Changed the Galaxy
$35.99
Buy on Amazon This is a paid link. Learn More. Clicking the link may take you to the Amazon store servicing your country Price incl. tax, excl. shipping.  Details correct as at: 2021-07-29

John Boyega talks a Star Wars return: “I’m open to the conversation, as long as it’s Kathy and J.J.”