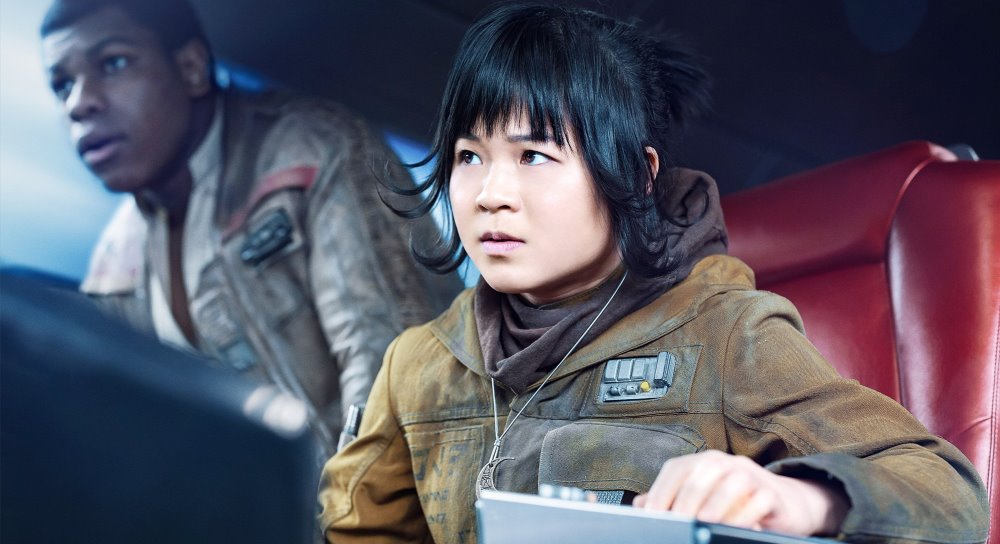 Speaking with The Hollywood Reporter about her new film Raya and the Last Dragon, Kelly Marie Tran discusses the forthcoming Disney film, her social media experiences, Star Wars and much more.

When the world first met Tran, she was the girl who had won a golden ticket — and wanted to bring everyone along on her tour of the chocolate factory. The unknown actor who had catapulted from improv stages to Star Wars, the biggest movie franchise in the world, met her moment with pinch-me glee. She felt grateful to be chosen.

Not that she was some starry-eyed naïf. As prerelease publicity for Episode VIII — The Last Jedi got underway, she started an Instagram account and used it to poke holes in the Hollywood mythos that makes the unfamous feel like lesser mortals. “I never thought I’d be in a world where someone would pay for people to dress me, do my hair, do my makeup. We spend our whole lives trying to hold ourselves up to a standard that is truly unattainable,” Tran wrote in the caption to an October 2017 post in which she juxtaposed a red carpet photo with a snapshot of herself posing on the street in a Jaws T-shirt and novelty oversized glasses. “This chick on the left is who I am 1% of the time. That girl on the right is who I am 99% of the time. And you know what? They’re both worthy of love.” “TBH, this is the only way to behave when you become famous,” BuzzFeed declared in an article celebrating her account in December 2017, a week before The Last Jedi’s premiere.

Everyone knows what happened after the movie came out. Rian Johnson’s vision of a galaxy far, far away divided obsessive fans, and Tran, as the franchise’s most prominent newcomer and first woman of color in a lead role, bore the brunt of the haters’ ire. (John Boyega and Daisy Ridley faced similar harassment when they were introduced in Episode VII.) They polluted her feed with racist and sexist insults, she deleted all her posts, and by the time The Rise of Skywalker premiered in December 2019, the girl who happy-cried her way down her first red carpet two years earlier had been replaced by a woman who stared down the cameras at the El Capitan Theatre, lips sealed in a defiant pout.

It wouldn’t be a surprise to find Tran, now 32, closed off and unwilling to engage with a public that returned her goodwill with bile, so it’s a relief instead to peer through a Zoom screen and find her barefaced, smiling and game to process the unique set of life experiences that brought her from obscurity to Star Wars trailblazer to Disney princess, attended by dual torrents of intense scrutiny and toxic fandom.

Tran’s decision to wipe her Instagram — all that remains is a one-line bio: “Afraid, but doing it anyway” — in June 2018 made headlines, to her consternation. “What’s interesting to me about working in this industry is that certain things become so public, even if you don’t really mean them to be, [like] the succession of events in which I left the internet for my own sanity,” she says. “It was basically me being like, ‘Oh, this isn’t good for my mental health. I’m obviously going to leave this.’ “

The Art Of Star Wars: The Last Jedi (Hardcover) @ ForbiddenPlanet.com

Kelly Marie Tran on playing Rose Tico again: “I don’t know that I could play her now”

Kelly Marie Tran on leaving social media: “It was the best thing I ever did”

Kelly Marie Tran on her role in Raya and the Last Dragon: “Raya is totally a warrior”

Kelly Marie Tran to present at the 92nd Oscars ceremony

Train Like An Astronaut with Kelly Marie Tran and Naomi Ackie

The Rise of Skywalker: Kelly Marie Tran on shooting her General Leia scenes