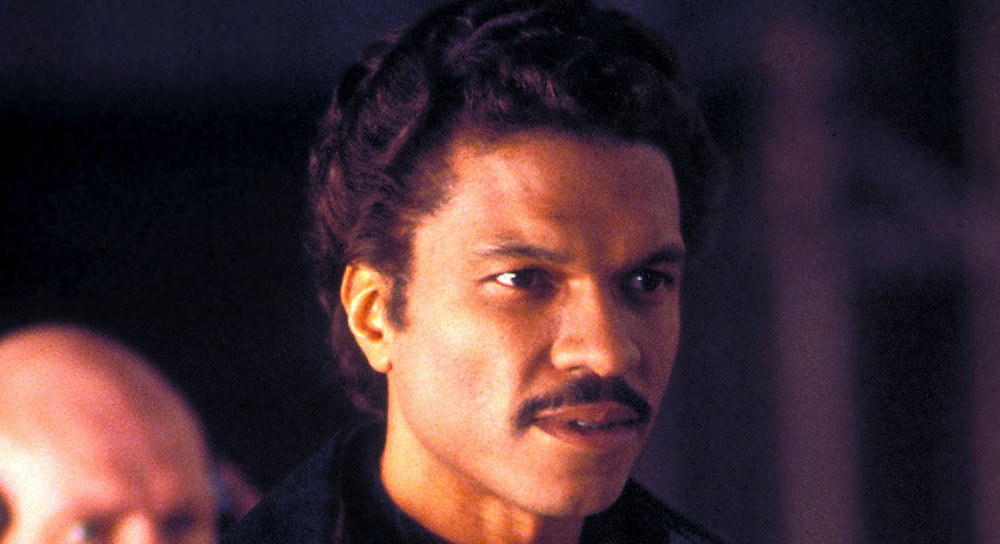 Between 1999 and 2009 Lightsabre.co.uk brought news, fanfic, podcasts and much, much more to the masses. Our eighty-sixth guests is a card player, a gambler and a scoundrel – Billy Dee Williams.

Lightsabre – How interesting have you found it? Was it anything like you expected, to be a part of something like this?

BDW – Oh yeah, it was real exciting. Of course, working with George Lucas was very exciting. 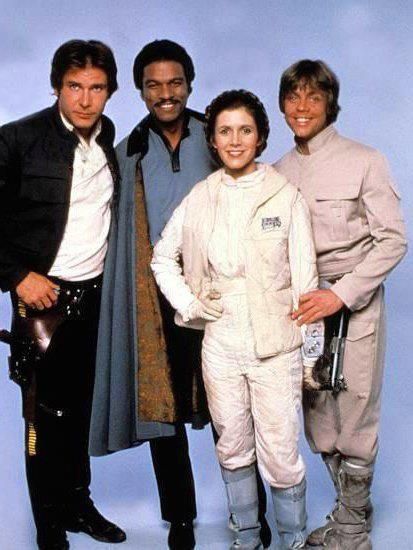 Lightsabre – He was a hot director at the time wasn’t he.

BDW – Oh, I see, ok. Anyway, when I saw that I really thought that was an exceptional movie, particularly for that time. So I kind of became a big fan of his. Of course, those other movies he did, American Graffiti. So, when I was asked to do this I thought it was a great idea.

Lightsabre – How did that come about, how did you get the role?

BDW – I was asked at that time. Irv Kershner came to my house, we sat and we talked for a long time and that’s how it all happened.

Lightsabre – Was it written with you in mind?

BDW – I don’t think so. I pretty much took what they had and decided to create this character who was devoid of the whole racial, ethnic kind of a thing. I really wanted to create a guy that was far beyond that kind of thinking. I wanted to make a really kind of epic hero out of him. That’s generally what I do with most characters I play. And of course, when I got the cape that really did it for me. That was like the key. 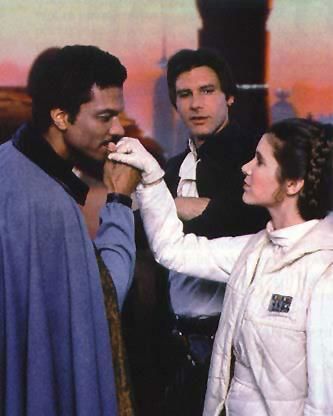 Lightsabre – That was the dashing part of the character?

BDW – Anyway, I feel very fortunate that I participated in that particular event.

BDW – Why? Why would I have regrets?

Lightsabre – Some people do. It’s all good?

Lightsabre – Have you got any special memories from making Empire? Anything that sticks out?

BDW – Ummm (thinks hard about it). Well, the cape.

Lightsabre – When I wrote down the questions for this I was reading the making of and there’s a page in there where you were rehearsing a scene with Carrie Fisher. In the original script she was annoyed with Lando and slaps him around the face. But she didn’t telegraph it, she actually slapped you round the face. And you said ‘You’re supposed to telegraph it!’ and she replied ‘What’s telegraphed?’

BDW – Where did you read this?

Lightsabre – It was in Alan Arnolds making of book (Once Upon a Galaxy).

BDW – Amazing what people make up.

Lightsabre – Was that was made up? I’ve always loved that story.

BDW – If that happened, I swear to God I don’t remember it.

Lightsabre – It must have been a good hit then.

BDW – She never hit me, I don’t remember anything.

BDW – I don’t remember any moment when she slapped me. The only thing I remember is that I was always flirting with her, being very charming, all that kind of stuff.

Lightsabre – And that fed into the character because there’s that kind of relationship between the characters as well. I always got the impression there was a bit of a flirt going on.

BDW – Well it was pretty obvious. There was nothing clandestine about it.

Lightsabre – What was it like being the ‘new guy’ coming into that scenario?

BDW – Well, I guess like in any situation when you’re new you try to make the adjustments. Everything worked out ok.

Lightsabre – So how do you feel about the character, because some people feel he was in a no-win situation really. Darth Vader and Boba Fett on one side…

BDW – Well I remember picking my daughter up from school, when she was in elementary school and having arguments with little children about why they felt he betrayed Han Solo, and I had to explain. Plus I even had to try to explain it to airline stewardesses. It became pretty funny, running around justifying the characters existence. But no, he was just a guy that was out there doing his thing, and all of a sudden these people show up and right behind them there’s this person, Darth Vader. And he had to make some choices. And the choices had to do with their complete demise or he could prevent their complete demise. He made a choice and lost everything. So he’s not such a bad guy. 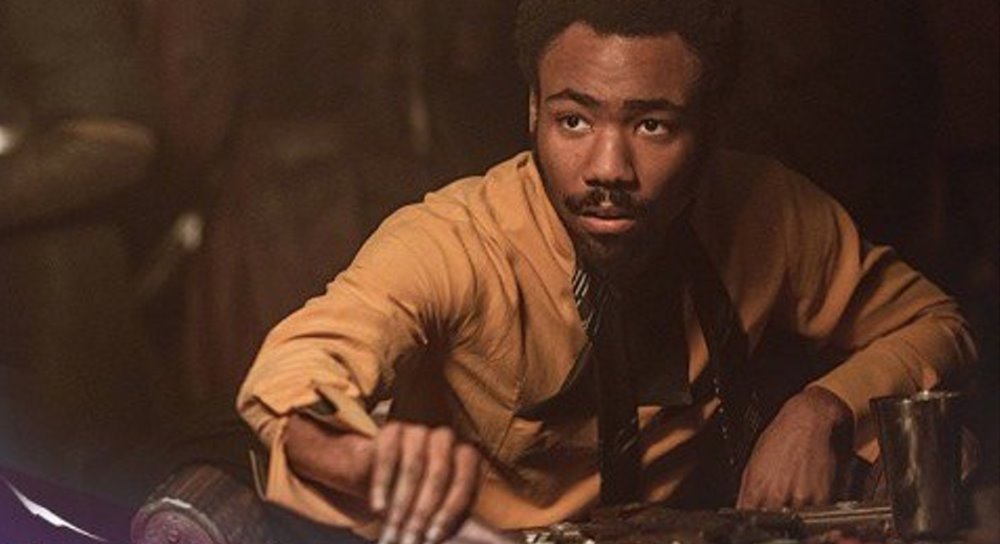 Lightsabre – No, I don’t think so. Did you ever think about the characters past history? We knew he was a gambler and a scoundrel, but did you ever think what he might have been like when he was a younger man?

BDW – Yeah, I guess, yeah. Like that he was always an adventurous kind of person, a maverick. I don’t remember, I’m sure I thought of a lot of things.

Lightsabre – By the end of Jedi you’d blown up the Death Star – which is always a cool thing to do – were you pleased with the way that the character played out?

BDW – The way he evolved?

Lightsabre – Do you think he evolved, or was he always that guy?

BDW – I always hoped that he would do much more in the way of adventures. But George had to resolve the whole Luke Skywalker issue, so there was really no time to get into new adventures. 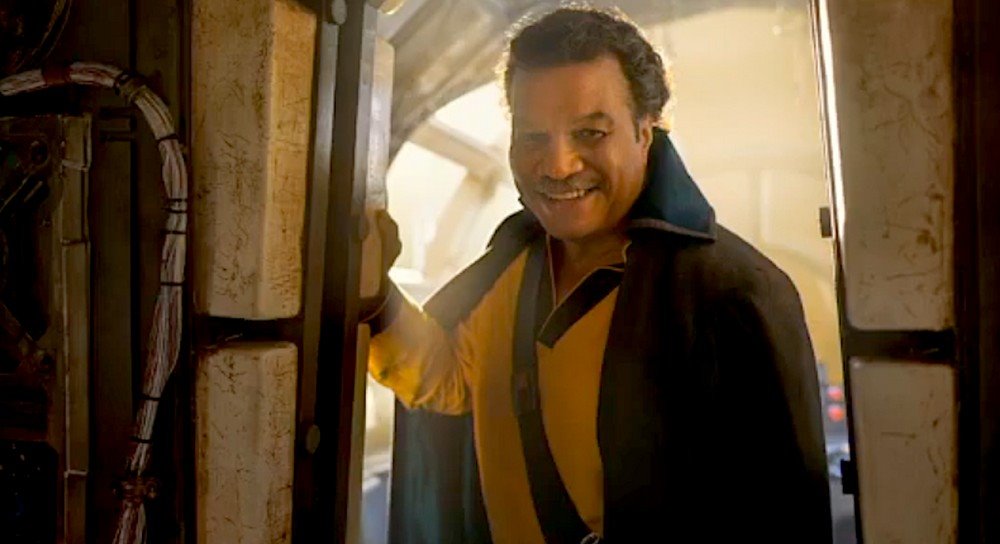 Lightsabre – You’d have been happy to play him again?

BDW – You mean at this point in my life?

Lightsabre – Well why not? Lando’s still around.

BDW – If it happens, but I’m sure it’s not gonna happen. Yeah, if he was being played as an older gentleman who still ‘has it’, to some degree.

Lightsabre – Tell us a little about your artwork, because I know you are very much into your art.

BDW – Yeah, as a matter of fact I was in a boat for ten days, one of those Princess Cruise liners. I sold about eighty pieces to this company, and what they do is they put the pieces on these cruise liners and they auction the paintings off, so that’s what I did for ten days, which I really hated. I’m putting together some new pieces now that I really want to put on, I have to change my website, all the other stuff I’ve had on there for quite some time. But also I really want to do an exhibition in LA, I haven’t done one in many, many years.

Lightsabre – How long have you been exhibiting then? Has it always been a passion?

BDW – Yeah, I’ve always been a painter. When I was 18, 19 years old I won major awards like Hall Garden and was nominated for a Guggenheim. When I grew up in New York City I went to a school called The National Academy for the Design of the Fine Arts, where I spent two years on a scholarship painting. So it’s been pretty much a part of my life.

Lightsabre – What dragged you away from painting towards acting?

BDW – Nothing ever directed me away from painting.

Lightsabre – It’s always been there?

BDW – I started acting when I was six and a half years old in a Broadway musical, so it’s been pretty much my whole life. My life sort of revolves around creativity. I’m not one of those kids who grew up a gangster, a mug. I was always a nice little boy who did creative things.

Lightsabre – Well that’s fantastic, we’ll let you get some rest.

Lightsabre – And we very much appreciate it.

This interview was originally posted on lightsabre.co.uk on 18th November 2007.