Between 1999 and 2009 Lightsabre.co.uk brought news, fanfic, podcasts and much, much more to the masses. Our sixteenth guest was the man behind the fearsome bounty hunter Boba Fett, Jeremy Bulloch.

JB – Thanks for the invite to talk.

Lightsabre – You’ve been in episodes of Robin of Sherwood, Summer Holiday with the legendary Cliff Richard, Chocky’s Children, appeared in three James Bond movies and acted opposite the gorgeous Claudia Christian, and yet you are internationally best known for your role as Boba Fett in The Empire Strikes Back and Return of the Jedi. How do you feel about that? 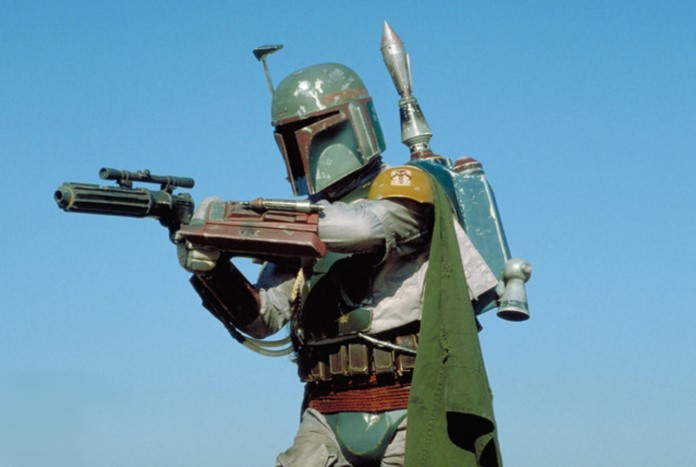 JB – I am still amazed that after all these years I am best known for the part of Boba Fett. I have fond memories of every job I have done but playing the bounty hunter was special.

Lightsabre – The Empire Strikes Back is probably the best loved and most critically acclaimed episode of the saga and the one in which Fett undoubtedly made the most impact. What is it about that film that strikes so many chords with both Star Wars fans and cinema fans alike?

JB – I think The Empire Strikes Back was the best film because it had everything. It was dark, had lots of good characters and it really had you looking forward to the next film Return of the Jedi. 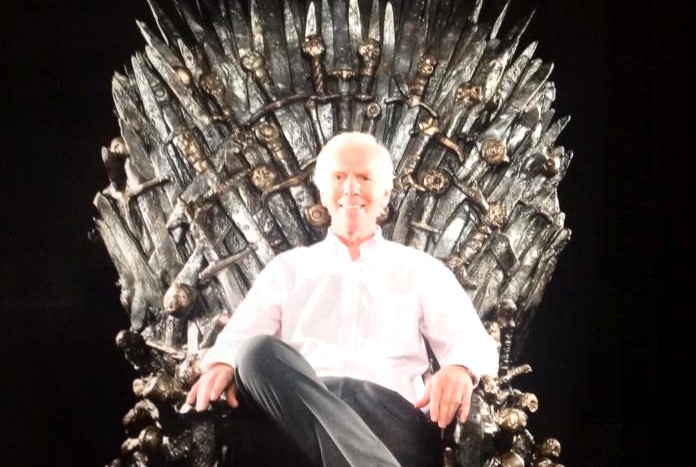 JB – I started at the age of 12 in a Shredded Wheat commercial and did lots of children’s films when I attended drama school. I had been at a private school because my father travelled a lot in his job but because of failing an exam at the school I was soon moving to a new life at a drama school called Corona Academy. It was pure luck that I went to this school. My godmother thought it would be a good idea as she was a continuity girl in films and said I was more likely to succeed there than in the academic world.

JB – I feel honoured to be part of such a phenomenon as it will go down in history as a one off series of such memorable films.

Lightsabre – By all accounts, Empire was a difficult shoot, with Lucas and Kurtz at odds, budget concerns, and all this despite Irvin Kershner being such a gentleman. Indulge us and tell us about that infamous day on the carbon freezing chamber set?

JB – The carbon freeze shoot was very difficult especially because it was so hot. I never knew there was any sort of friction between anyone. I was always looking after myself and mopping down my hot forehead. I have never felt so uncomfortable on a set. 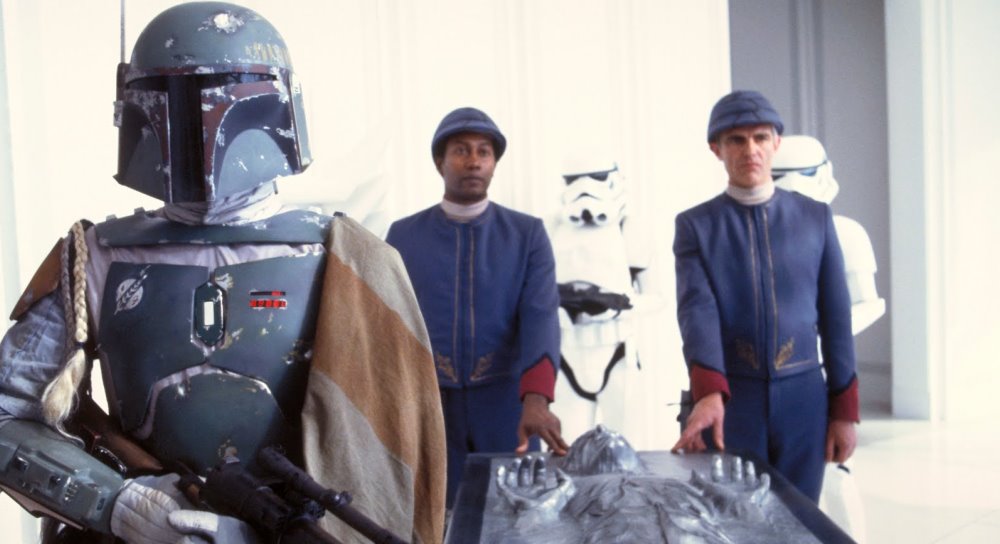 Lightsabre – Boba Fett is, after Darth Vader, probably the most popular Star Wars character. What is it about Boba that has made him so popular and do you keep up with his exploits in the novels, comics and other media?

JB – Boba Fett is a popular character because first of all he has a great costume, he answers Darth Vader back and captures Han Solo. It is interesting to see so much merchandise of Boba Fett. I look at the comics too.

Lightsabre – Did you have any regrets when you learned that Fett was just a pre-teen boy in Attack of the Clones, meaning that, with the best will in the world, you would not be portraying him again on the big screen? And given that, what would you change about your Star Wars experience if you could go back and do it again?

Lightsabre – Tell us a little about StarHyke. It sounds like a typically British sci-fi series, in the vein of Red Dwarf – and with some interesting character names.

JB – StarHyke is a little like Red Dwarf. It is totally off the wall with themes of Star Trek, Airplane and the Carry On films. Special effects are being added as we are doing this interview so there is some time before we will see the final cut.

Lightsabre – There’s talk of a Star Wars TV series. Would you be interested in a role?

JB – Oh yes it would be great to be involved again. 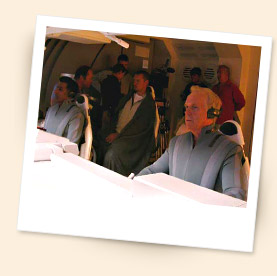 Lightsabre – To the delight of many Star Wars fans, especially those of us who were there the first time around, you snagged a cameo role in Revenge of the Sith as Alderaanian pilot Captain Colton. What was it like to be on a Star Wars set again, and to finally be directed by George Lucas?

JB – Being on set again in a Star Wars role was great and working with George was a pleasure. I felt the atmosphere was just the same as when I filmed all those years ago.

JB – I still see myself working as an actor as I have been an actor for 47 years. I will know the time to take myself out of the limelight.

Lightsabre – It’s been a great interview, and thanks for being our guest. Just one final question. Boba Fett, Dr Yul Striker and Edward of Wickham are all trapped in the belly of the Sarlacc, slowly being digested over a thousand years and none of them with any gadgets to help them. Which one would be devious enough to formulate a plan of escape?

KB – Dr Striker is too insane to devise a plan to get out of the Sarlacc, Boba Fett too gung ho to get them out of the danger so I would go for Edward of Wickham who would use his intelligence and call on Herne the Hunter to help the three of them.

This interview was originally posted on lightsabre.co.uk on 23rd May 2005. 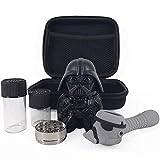 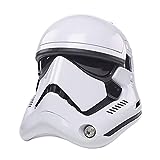 STAR WARS The Black Series First Order Stormtrooper Premium Electronic Helmet, The Last Jedi Roleplay Collectible
$96.45
Buy on Amazon This is a paid link. Learn More. Clicking the link may take you to the Amazon store servicing your country Price incl. tax, excl. shipping.  Details correct as at: 2021-06-21
SaleBestseller No. 4

Disney Star Wars, "Being Darth Vader" Adult Soft Throw Blanket with Sleeves, 48" x 71", Multi Color
$22.68
Buy on Amazon This is a paid link. Learn More. Clicking the link may take you to the Amazon store servicing your country Price incl. tax, excl. shipping.  Details correct as at: 2021-06-21
Bestseller No. 5

Star Wars: The Rise of Skywalker
$18.99
Buy on Amazon This is a paid link. Learn More. Clicking the link may take you to the Amazon store servicing your country Price incl. tax, excl. shipping.  Details correct as at: 2021-06-21
Bestseller No. 6