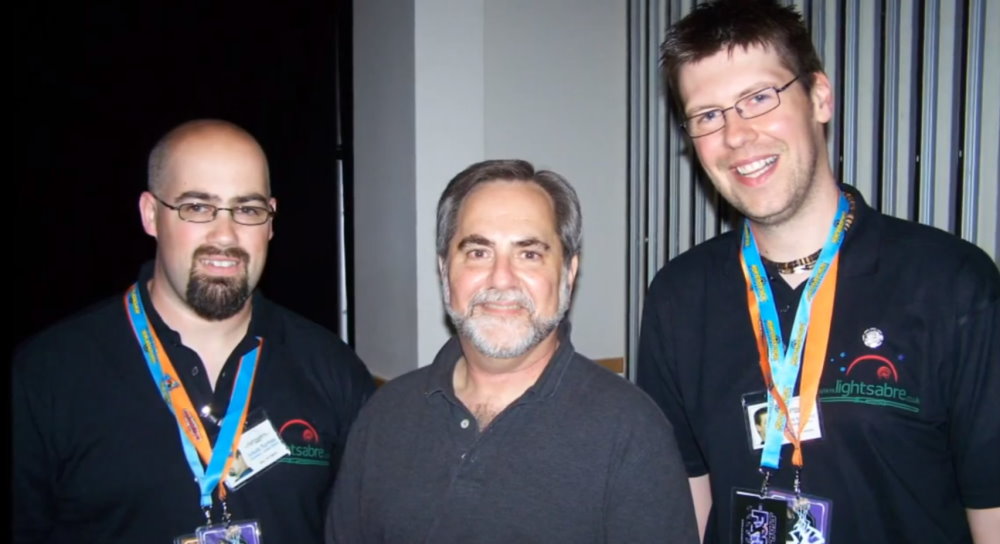 Between 1999 and 2009 Lightsabre.co.uk brought news, fanfic, podcasts and much, much more to the masses. Our seventy-fourth guest was the Director of Fan Relations for Lucasfilm – Stephen Sansweet.

Lightsabre – You’ve got a new book coming out called The Vault, I understand. Tell us a bit about that. 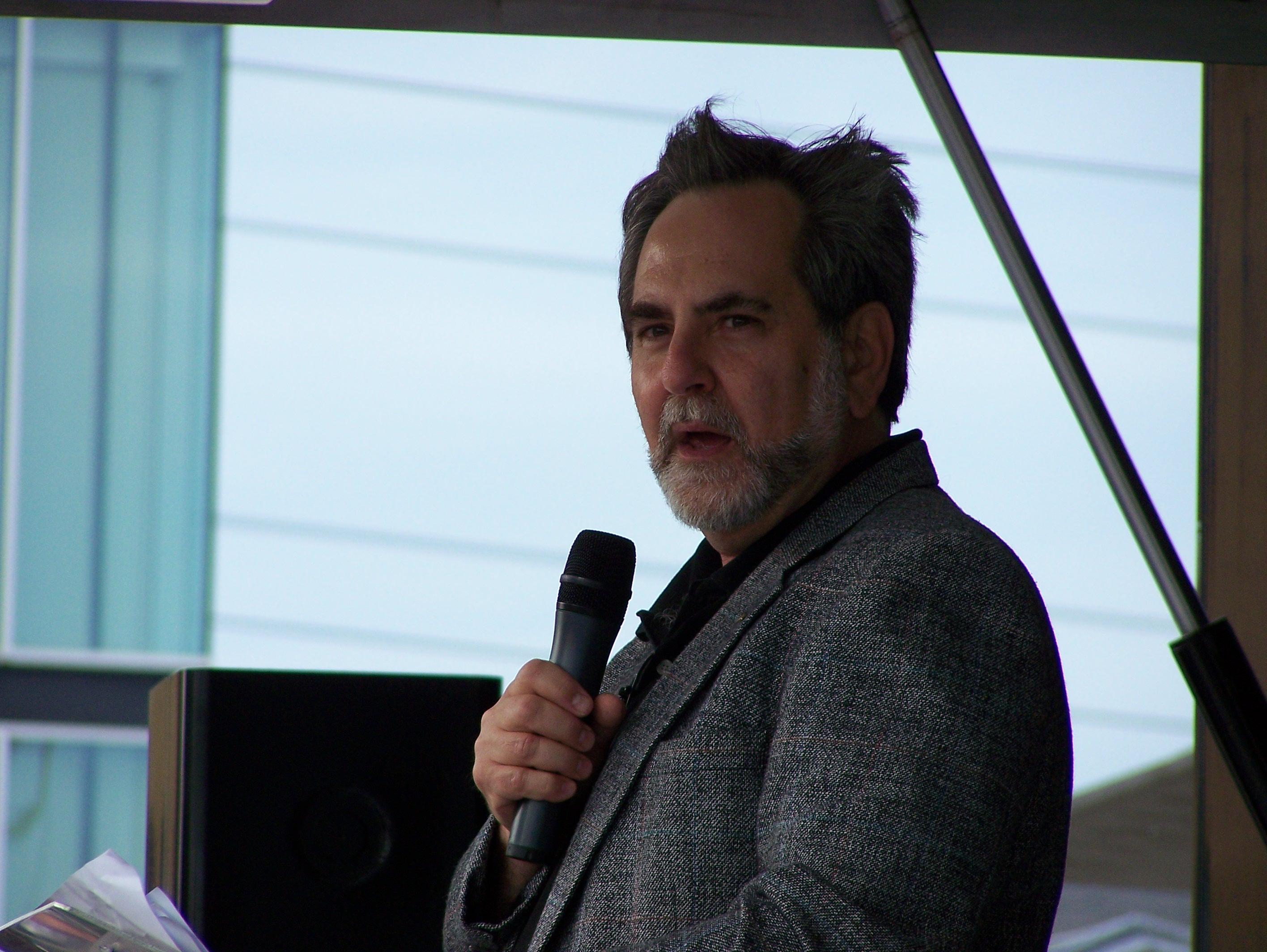 SS – Yes, Star Wars Vault. This is the ultimate interactive kind of book for me. I did something called the Star Wars Scrapbook about six years ago, which was a lot of merchandise, some of it reproduced, pull-out cards and stickers and things of that nature, and it concentrated just on the Classic Trilogy. I’d been wanting to do something that would really sum up all six movies and the 30th anniversary seemed to us to be a perfect time to do it. And what this developed into was a very different kind of book. The first book had about 5000 words and was mainly photo captions. This is really the whole history of Star Wars over more than 30 years actually, from George first putting pencil to paper in 1974 to really the beginning of this year and Celebration.

And it goes into the writing, the production, the marketing, the merchandising and very much the fan input. That, to me, is what has made Star Wars so different to any other genre is the fans sense of ownership and what the fans have done with Star Wars and the directions the fans have taken it in. And so we have reproductions of things like George’s handwritten treatment for Empire Strikes Back, we’ve got Lucasfilm internal invitations to screenings, we’ve got Japanese movie theatre tickets. 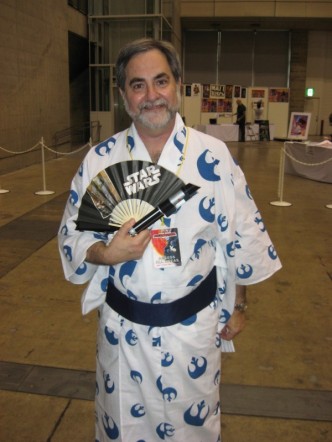 SS – It’s a worldwide thing. And that’s another thing. The stuff that I write there are two themes. Number one, how Star Wars became part of worldwide pop culture, and the many things that Star Wars has led to, the changes not only in movie technology, movie marketing, merchandising, licensing and things of that nature. So it turned out to be a 35,000 word book, which is a book in its own right, plus all of these wonderful interactive things, plus two audio CD’s including the highlight – Carrie Fisher singing the Lifeday Song from The Holiday Special.

SS – I’ve taken The Holiday Special out of the closet guys! Deal with it.

Lightsabre – What is your opinion on The Holiday Special?

Lightsabre – Oh, I think kitch was invented for that.

SS – I think it was, and you know George has always been embarrassed by it, but you know, he’s not responsible for it. He was busy working on the beginning of Empire. It was Fox and the company they hired, and they just made a lot of miscues on the thing. And you can see how uncomfortable people are like Harrison Ford doing the thing.

Lightsabre – So there won’t be a Holiday Special 2?

Lightsabre – It still has become a fan collectible though, hasn’t it.

SS – Oh yeah, and people still say ‘Are you gonna officially release it on DVD’. 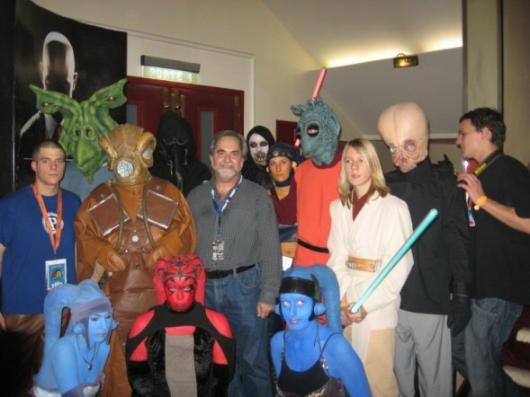 Lightsabre – It’s got to be an Easter Egg on something one day, hasn’t it?

SS – (Long silence) You know, as I said we’re using it more and more. I’ve got a couple of spreads on it in the book and the luggage tag that we sold at Celebration 4 was actually a photo from The Holiday Special.

Lightsabre – It’s not like it’s going to bring the whole house of cards tumbling down now, is it?

Lightsabre – What would you say is the most interesting piece in the collection?

SS – In my collection?

Lightsabre – Yeah, for your own interest.

SS – It changes by the day actually, I mean…

SS – The problem is, I get something new and I get really excited about it, and then I get something even newer. I love different areas of it, I love the cards and completing a collection of cards. What I really love are the fan made items and the fan oriented items. I’ve gotten really heavily into collecting 501st items, I’ve been thrilled to have been part of, in a very peripheral way, the growth of the 501st and Lucasfilms acceptance of the 501st, and in return they have been fantastic to us.

And it all culminated in the Tournament of Roses Parade where George was really paying homage to the 501st by asking us to recruit 200 of them from around the world, and all over the US to come together as a group and march. It was an amazing experience. I guess my favourite thing is the people that I meet and talk to and trade with, who collect for me. It’s really a very people-oriented hobby, and a whole sense of community that we all share. 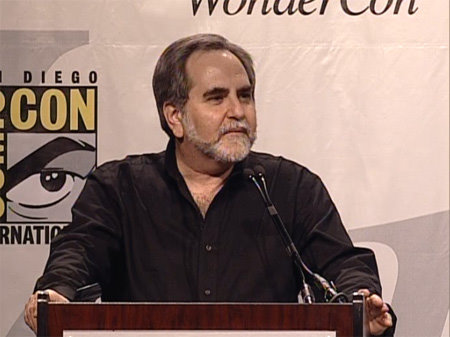 Lightsabre – That’s become quite noticeable of late, I think.

SS – It has indeed, it’s been a growing phenomenon and it’s groups like the 501st and the Rebel Legion. And instead of declining and dying away after Episode 3 it’s just been amazing.

Lightsabre – It seems to have gotten bigger.

SS – It has, it absolutely has. Star Wars was the number one entertainment property in the US for two years in a row, 2005 and 2006. It’s doing well this year, it’s an amazing phenomenon, and as you said we have animation, followed by the live action series and some other stuff we’re working on. Not a movie, some other stuff.

Lightsabre – So obviously with the licensed stuff coming off the back of the TV series it’s going to get even bigger.

SS – Yeah, we’re going to start seeing some licensed merchandise for The Force Unleashed, our licensees are very excited by it, the game itself looks fantastic. Then we’ll start to have merchandise from the animated Clone Wars and then the live action series will follow in 2009 or 2010. So there is no lack of ideas for new merchandise. But the media, the story, that all has to be good otherwise the merchandise fails. You’re not buying merchandise if there’s something out there that you’re not enjoying. So it all depends again on the movie or the TV show or the game, and the quality of it.

Lightsabre – If the products rubbish then they won’t buy it. 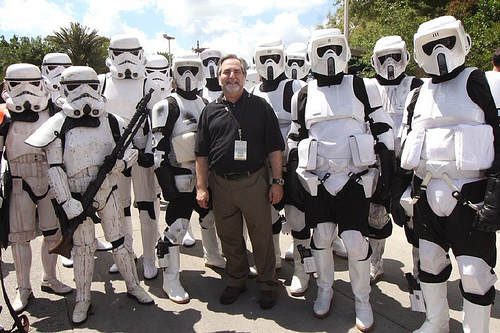 Lightsabre – Final question, because I know we’ve got to wrap up. What’s the one piece of merchandise or memorabilia that you haven’t got that you really need? Is it something obscure, what is it?

SS – I made the mistake in one of the first interviews I ever did on my collection for Starlog magazine. They asked me that question, they said ‘What’s your Holy Grail?’ At the time I said ‘Well, I’m really sorry I passed it by, I saw it in Toys-r-Us. It’s a Return of the Jedi kids bicycle in a very nice picture box and yeah, I’d still like to get one.’ So within a couple of weeks of that magazine appearing I get calls from two different dealers saying ‘I think we can set you up.’ I said ‘Oh, fantastic, how much?’ Two thousand dollars. The bike cost $49.95 eight years ago, so oh well. He needs it so it must be really something. So there are a bunch of things that I have searched for ten years and I’ve gotten, like the salesman’s sample R2-D2 lunch pail in vinyl. So there’s always some things I’m looking to find. I have no giant Holy Grail right now, and if I did I wouldn’t tell you!

With thanks to Chris Gereke and Lori Satre for helping to set this interview up. Interview originally recorded on 15th July 2007 and posted on Lightsabre.co.uk on 19th August 2007.