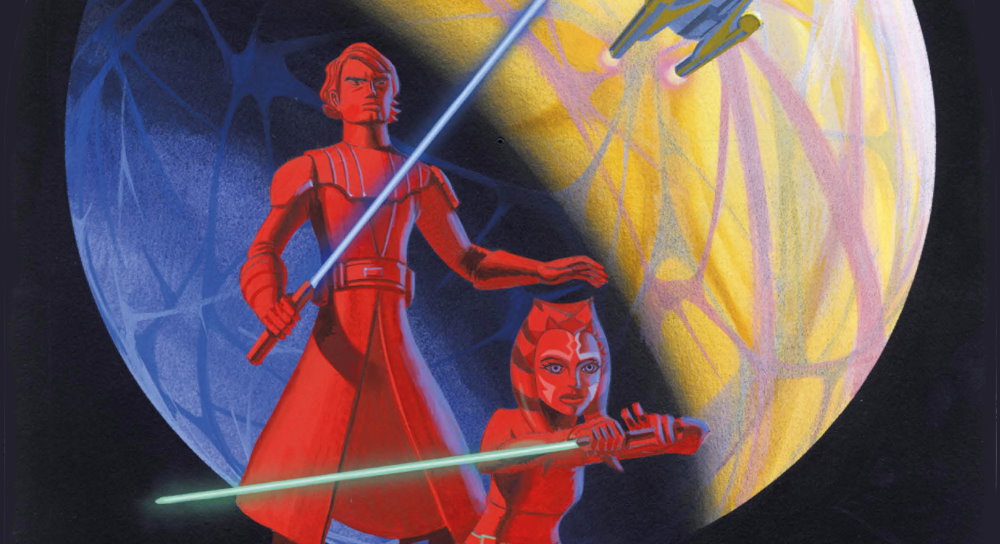 It’s a day a long time coming; original fiction is back in the pages of Star Wars Insider magazine, making it more essential than ever. You need to be subscribing, and here’s now. AHMED BEST INTERVIEW
The actor reveals how he made the move from Jar Jar Binks to Jedi Master for Star Wars: Jedi Temple Challenge.

Ahmed Best first became a member of the Star Wars family when he signed on to play Jar Jar Binks in the prequel trilogy. Binks might not have been a bombad Jedi, but Best’s new character in Star Wars: Jedi Temple Challenge certainly is.

Insider catches up with the actor to talk about the exciting and fun Star Wars Kids series, and to look back on his time as the clumsy Gungan.

VADER REALITY
We go behind the scenes at ILMxLAB to discover how the award-winning VR experience Vader Immortal was made.

ASHLEY ECKSTEIN INTERVIEW
The voice of Ahsoka Tano discusses reprising the character for the final season of Star Wars: The Clone Wars.

Ashley Eckstein talks exclusively to Insider about returning to the role of Ahsoka Tano in the seventh and final season of Star Wars: The Clone Wars (2008-14, 2020) and Star Wars: The Rise of Skywalker (2019). Plus, she reveals the quote that has become her personal motto. A SEAT ON THE COUNCIL
Insider explores the Jedi Council, and the masterful Knights who earned their place among the Jedi Order’s highest echelons.

In times of peace and war the Jedi High Council served as the guiding light and decision-making body for the Jedi Order. While only the most revered Jedi Masters served on the Council, even they could be blinded by the rise of the dark side of the Force.

KNIGHTS OF THE ROUND TABLE
The five authors behind Star Wars: The High Republic talk to Insider about the ambitious new Lucasfilm Publishing project.

With the first tales in an exciting new era of Star Wars storytelling due to arrive in bookstores in January 2021, Insider assembled the group of talented creators behind Star Wars: The High Republic for a roundtable interview to talk Jedi Knights and a galaxy of potential.

EXCLUSIVE FICTION
The first in an ongoing series of Star Wars: The High Republic stories, exclusive to Star Wars Insider!

Starlight: Part One – Go Together, by Charles Soule. An all-new tale set during The High Republic era, exclusive to Star Wars Insider. SAM WITWER INTERVIEW
We get inside the head of former Sith apprentice Maul, with the help of The Clone Wars and Rebels actor.

Insider talks to the actor who has taken Maul from sliced-in-two Sith to his demise in the deserts of Tatooine.

E.K. JOHNSTON INTERVIEW
The author behind the hit novels Queen’s Shadow and Queen’s Peril on creating perils for Padmé.

For E.K. Johnston, relating the adventures of Padmé Amidala in two smash hit novels has been a dream come true. Star Wars Insider asks how the author combined galactic and teenage drama through the lens of a galaxy far, far away…

Be sure to check out Fantha Tracks radio later today for our exclusive interview with Star Wars Insider editor Chris Cooper on a special episode of Canon Fodder.

Star Wars: The Age of Resistance shines a light on Poe Dameron

Star Wars: The Mandalorian: The Art & Imagery Volume 2, out today