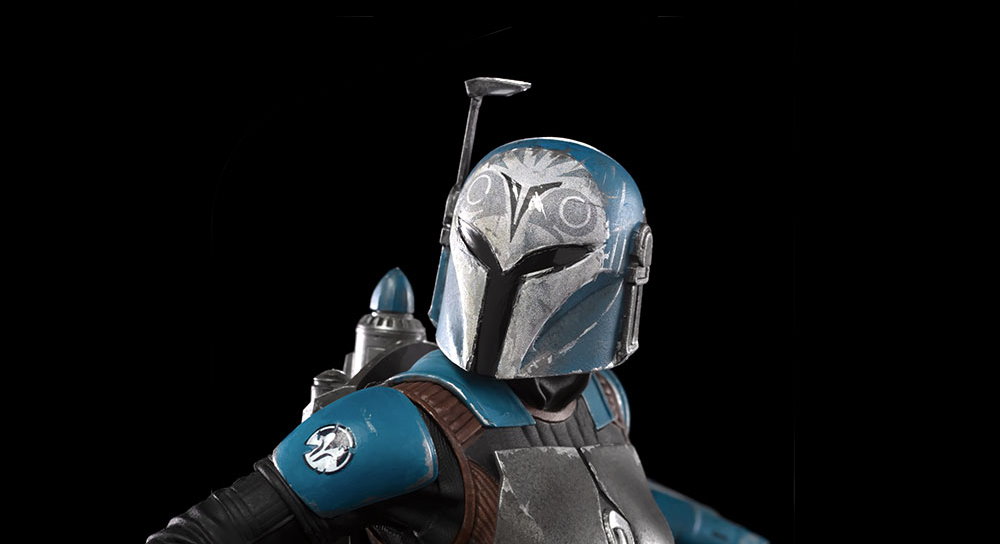 From their Battle Diorama Series, the Art Scale Bo-Katan 1:10 Scale Statue by Iron Studios, up for pre-order now and arriving between July and September 2022 for $160.00. As Iron Studios laid out at their recent Iron Studios Day, this is just the first in this range, so stay tuned for more stunning pieces to follow.

Sideshow and Iron Studios are proud to announce the latest from the Art Scale 1:10 line – Bo-Katan! This Star Wars Collectible Art Scale Statue is limited edition and comes with a detailed hand-painted base.

The fiercest Mandalorian warrior gets her Iron Studios statue!

On a moon covered by oceans called Trask, is located the port where the galaxy’s black market operates. This scenario is where the bounty hunter Din Djarin, also called Mando, when betrayed by fishermen of the Quarren race, who wanted to steal his armor because of the valuable Beskar metal, is saved by three Mandalorians of the Kryze clan under the command of Bo-Katan. This conflict occurs in the 11th chapter of The Mandalorian series, called The Heiress. In this same episode, we are introduced to the leader of the rebel Mandalorian faction, who breaks the rules of doctrine by removing her helmet and exposing her face. Bo-Katan first appeared in the Star Wars: The Clone Wars animated series, reappearing in the Star Wars: Rebels animation. In both series, the character’s voice was from Katee Sackhoff, who now brings the character to life in person. 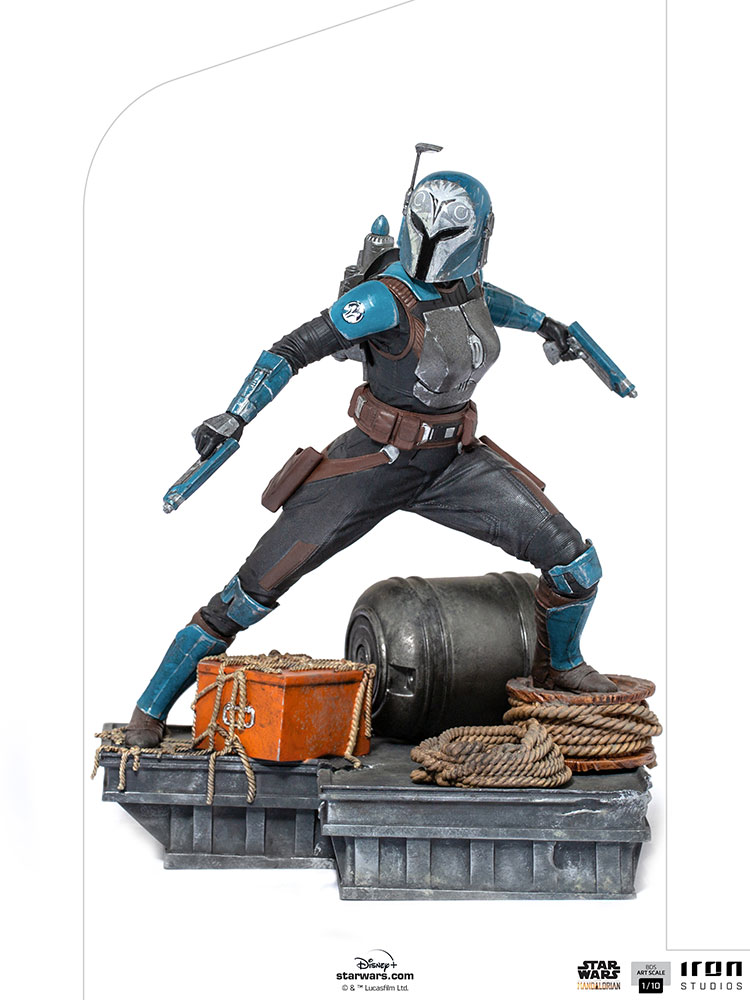 In the past, the Mandalorians divided into two groups: those who followed the pacifist ideals of their governor, Duchess Satine, and those who idealized their warrior origins, with Bo-Katan, Satine’s sister, belonging to the second group. Upon being exiled, she joined a radical group, even partnering with Sith Lord Darth Maul, who betrayed his allies and seized power. To combat the villain’s reign, Bo-Katan became the leader of the Mandalore Resistance, joining forces with the Jedi, and this leadership was accomplished when she became the bearer of the legendary Darksaber. With the interference of the Galactic Empire, Bo-Katan ended up suffering a coup and was deposed, which resulted in a civil war in her world. This whole situation generated such dissatisfaction in the Empire that, when they concluded that the rebels would not let themselves be dominated, they promoted the genocide of a large part of the Mandalorians. In the series The Mandalorian, Bo-Katan seeks to take the Darksaber from Imperial law enforcement agent Moff Gideon, to reassume the leadership of her people and reunite them all, according to her ideals.

Iron Studios’ line of statues from The Mandalorian series, featuring Mando and Grogu (Baby Yoda) Art Scale 1:10 and Legacy Replica 1:4, and Moff Gideon Art Scale 1:10 (all already available for Pre-Order), adds one more to the incredible line, the “Bo-Katan BDS Art Scale 1:10 – The Mandalorian – Iron Studios” statue. Inspired by her first appearance in the live-action, in a defensive position and ready for action, she wields her blaster pistols over a diorama base filled with elements such as ropes, a box, and a barrel, which allude to the vessel’s deck in the waters of Trask, where she flies in with her jetpack and lands to save Din Djarin. Faithfully portraying her armor, the figure presents the warrior with her helmet, preserving the mysterious Mandalorian aura… This is the way!

Sideshow Collectibles: Two for the Road by Thomas Kinkade Studios and Monte Moore