STAR WARS NEWS IN A SINGLE FILE
Search
Home News Collecting The Barge sells out in 9 minutes…..this is how it happened 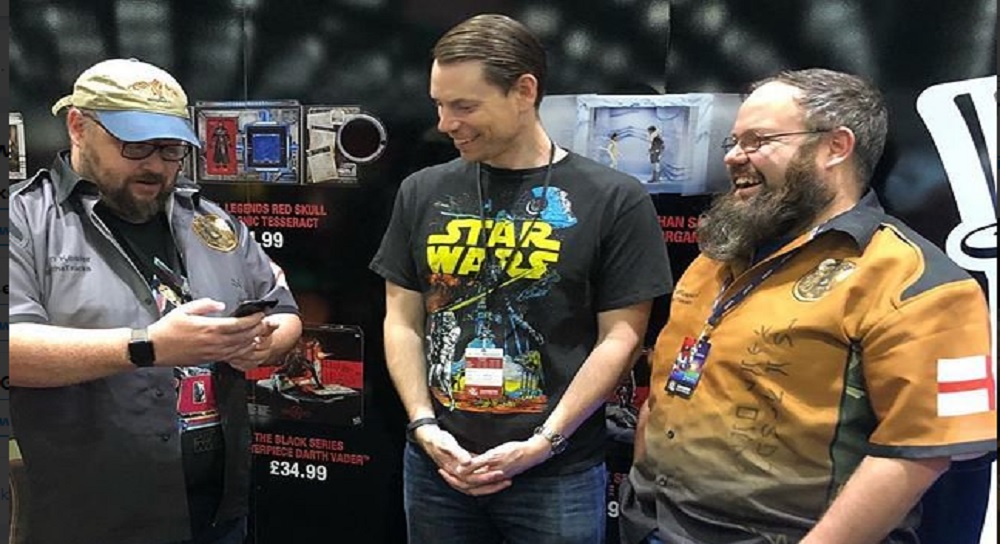 So as we thought the Barge sold out quickly – but I don’t think we were expecting it to sell out so quickly.  Nine minutes quick to be exact.  Now we should point out that it looks like there was only about 400 on sale, so of course this would have effected the time they were available, but even so at $686.50 for each one it shows just how in demand the barge was.

Now of course it would be remiss of me to not point out that you still have a chance to get the barge if you missed out by entering our competition here however let’s have a look at how things panned out. The story starts at 7pm (GMT)…..

And we are off to a flyer!  With just a minute on the clock we can see that 183 have been sold.  Nothing to panic about though as rumour has been the there are over 1000 on offer so as long as you have been ready for the sale there should be no problem in getting one…. 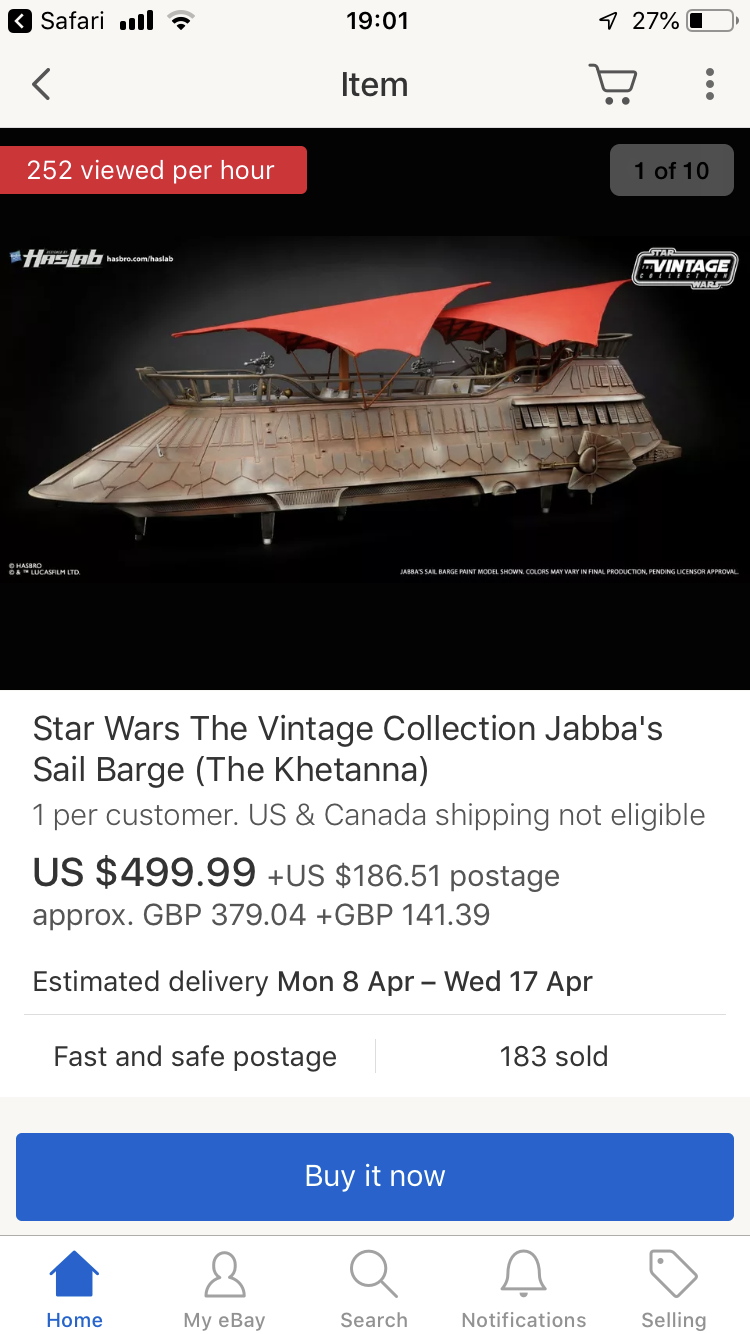 Wait? What! In the space of just one more minute the page is now saying that more than 75% are sold! Now this meant that either minute two was when most of the payments went though or maybe there we less barges on sale than we first suspected.  Regardless if you wanted to get one its clear that now is not the time to hesitate. 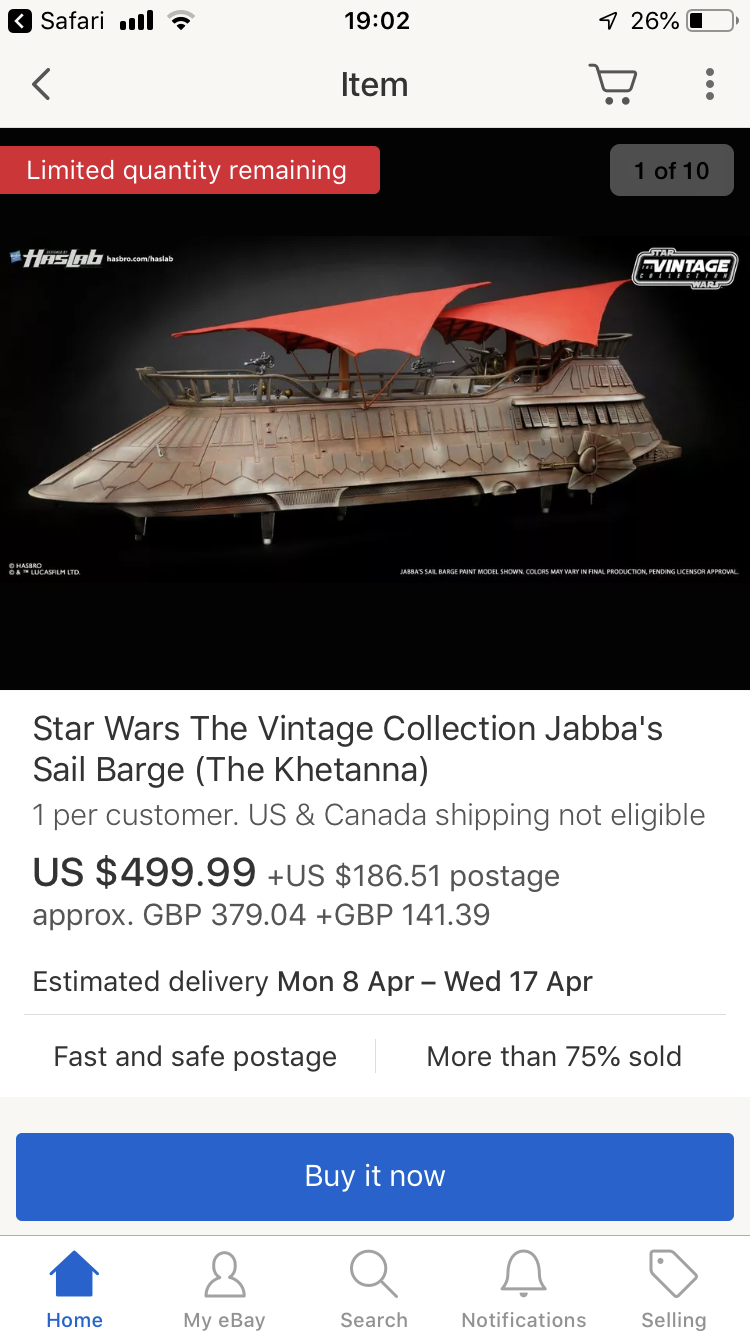 Although there is some slow down it is clear that things will soon come to a head and it will sell out soon.  The updates steadily move from more than 80% sold to more than 95% sold in just 4 minutes!  Decision time for those late to the party (surely 7 minutes after opening is just fashionably late!) 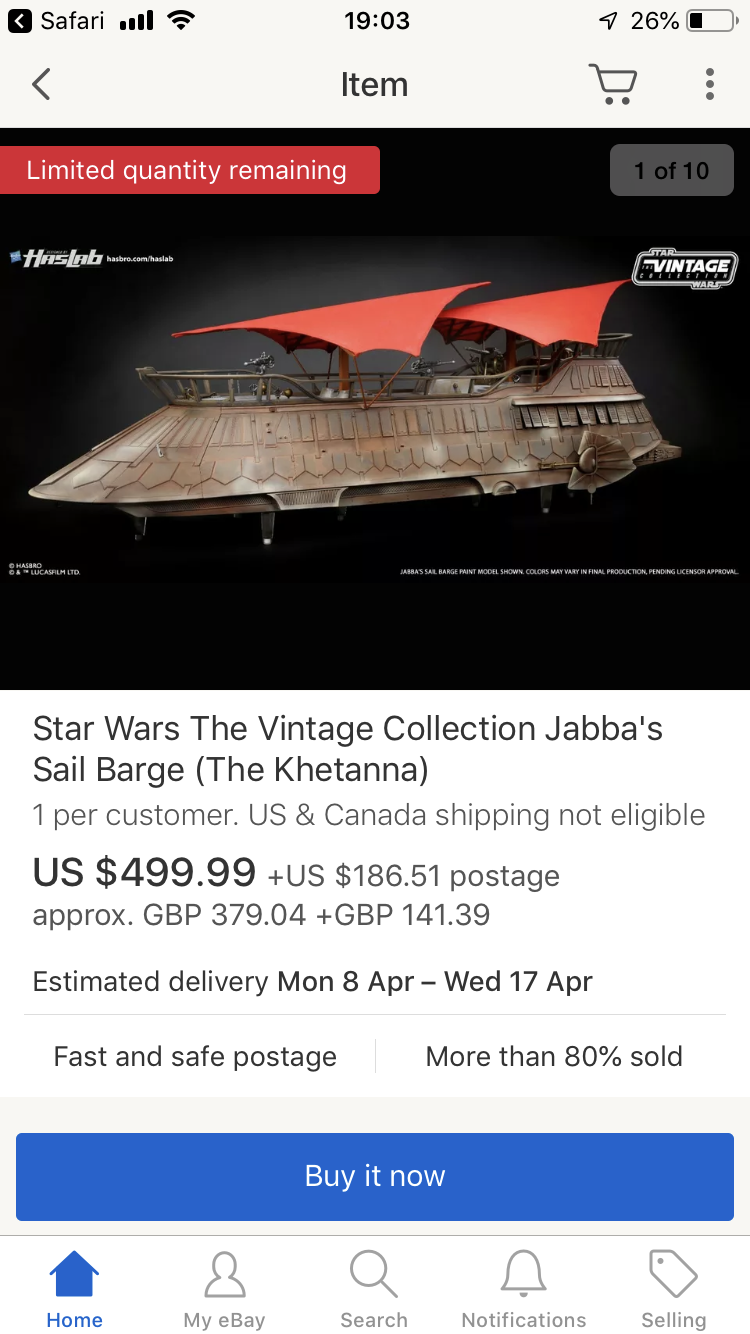 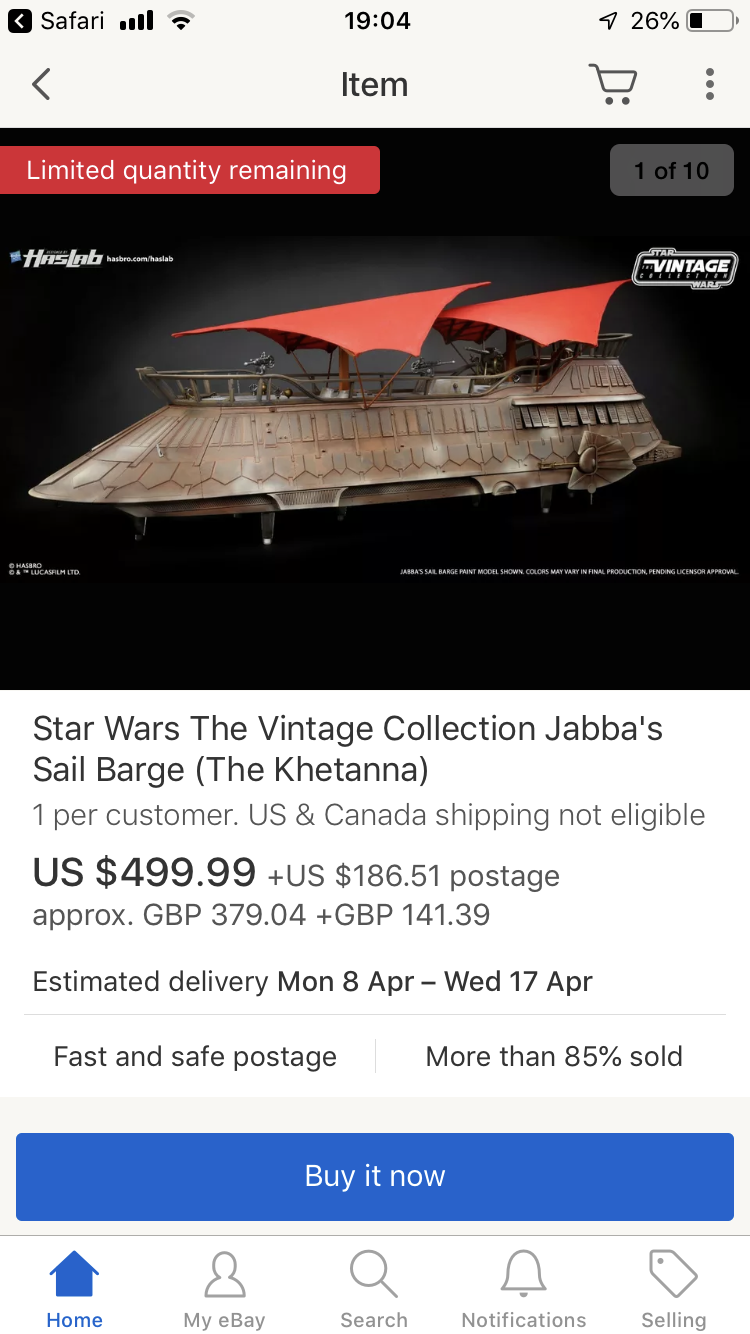 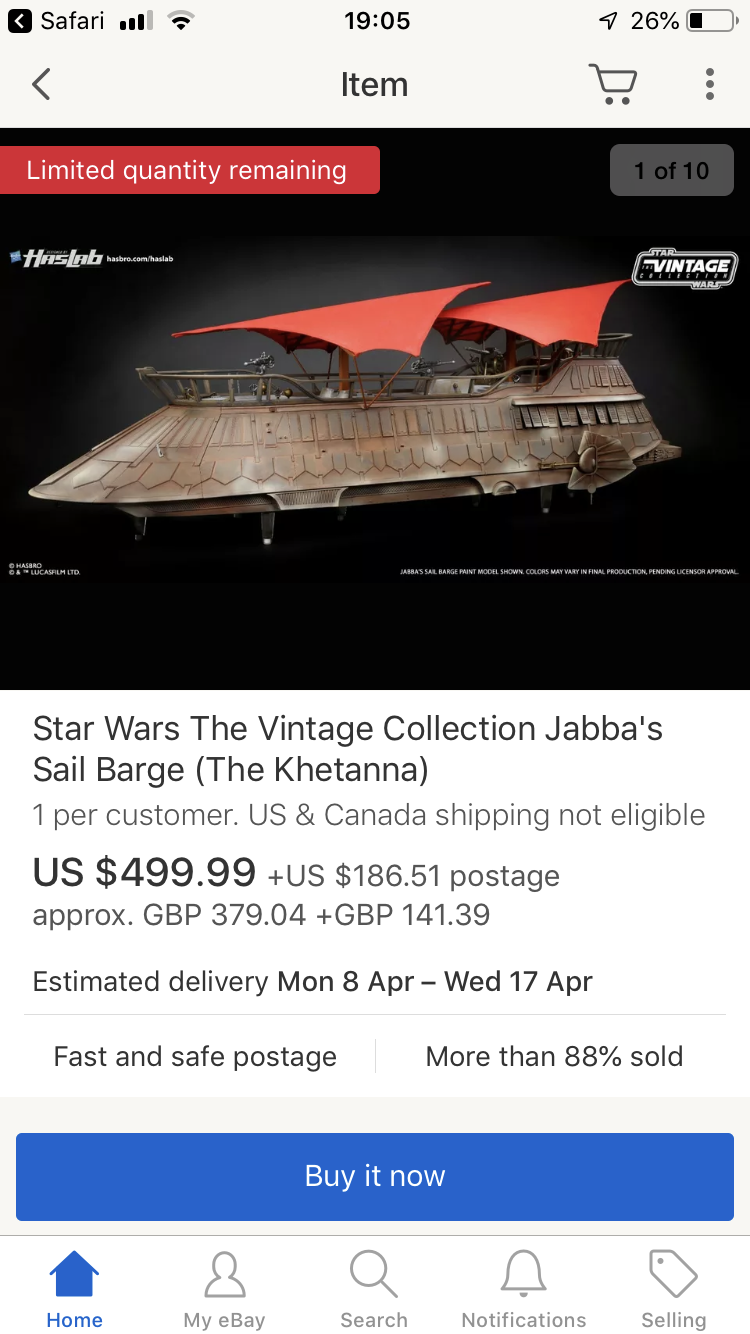 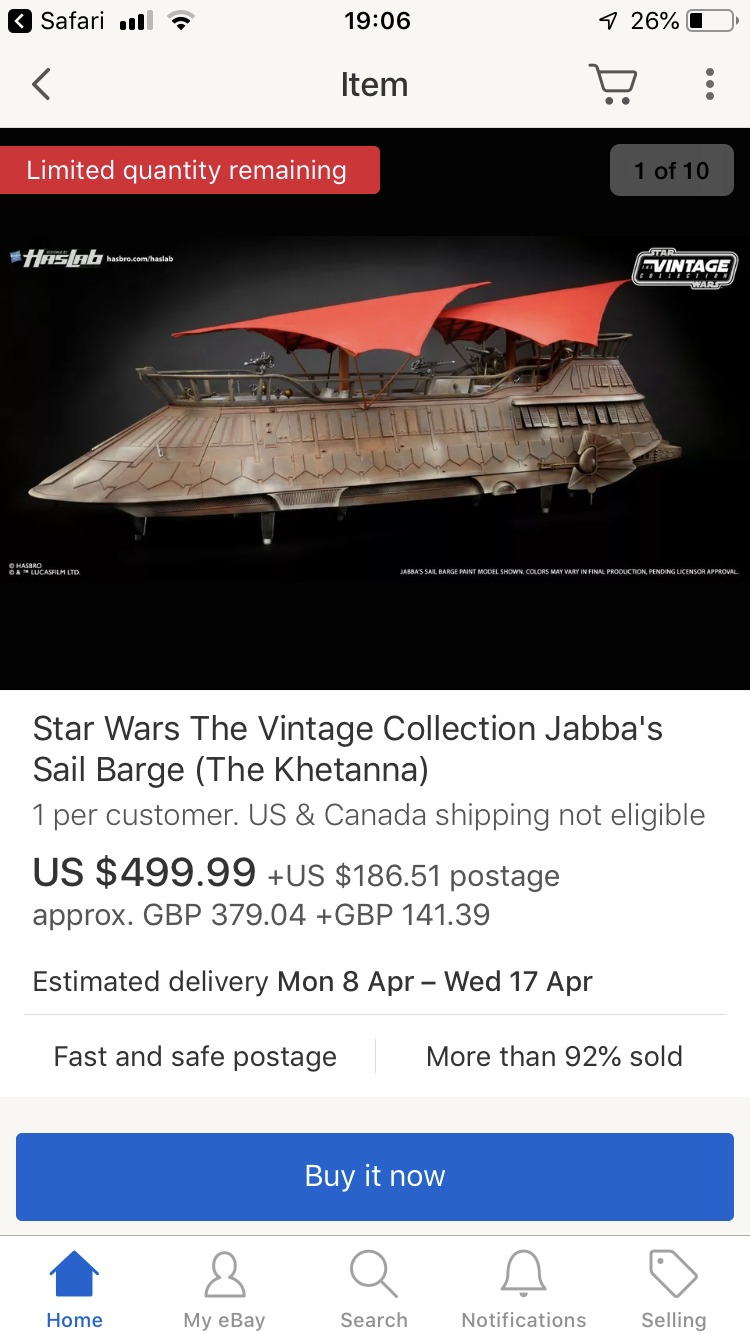 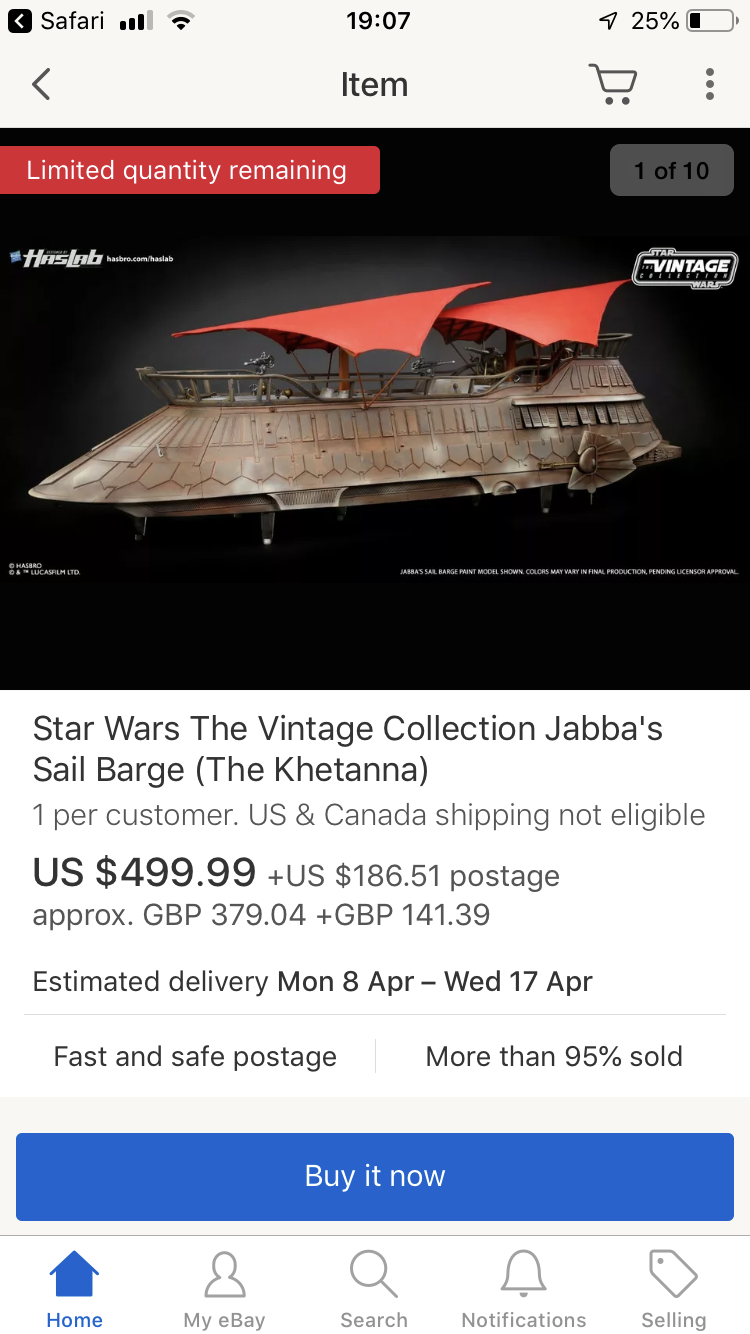 It’s nearly done.  The page is showing that over 97% are sold.  We are now into “it’s in my basket but the payment needs to go through area”.  There are a lot of nervous people on Ebay at the moment hoping they are lucky enough to secure some of the last Barges available.  Now I should point out for a brief second my screen showed me that 380 had been sold (but I didn’t get a screen grab) which is when I first realised that there were much fewer Barges available than first rumoured. 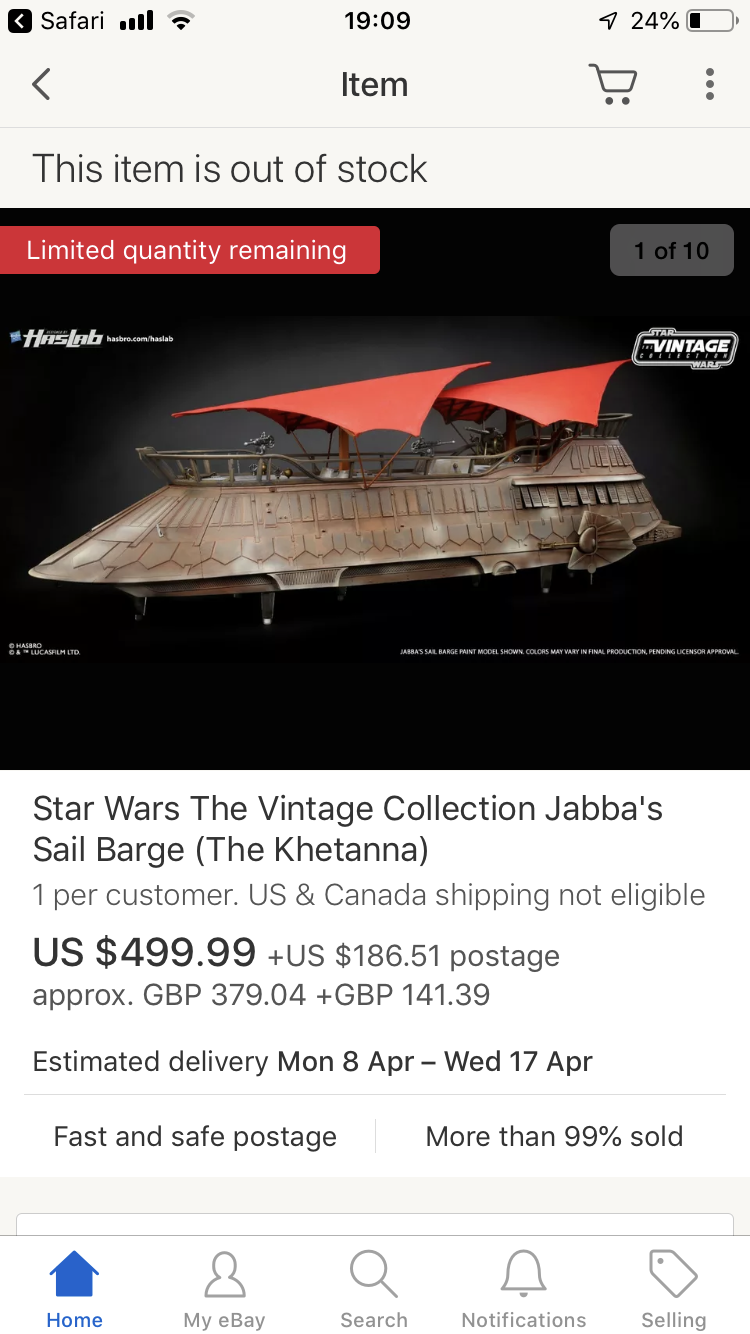 Well done if you managed to get one (and like I say don’t forget you can still win one here) and we look forward to seeing your pictures when they start to arrive.

The Force Awakens: The Black Series Rey’s Speeder (Jakku) and Figure: £25.99 on Amazon.com

Hasbro Pulse: Behind the Reinvention of The Black Series