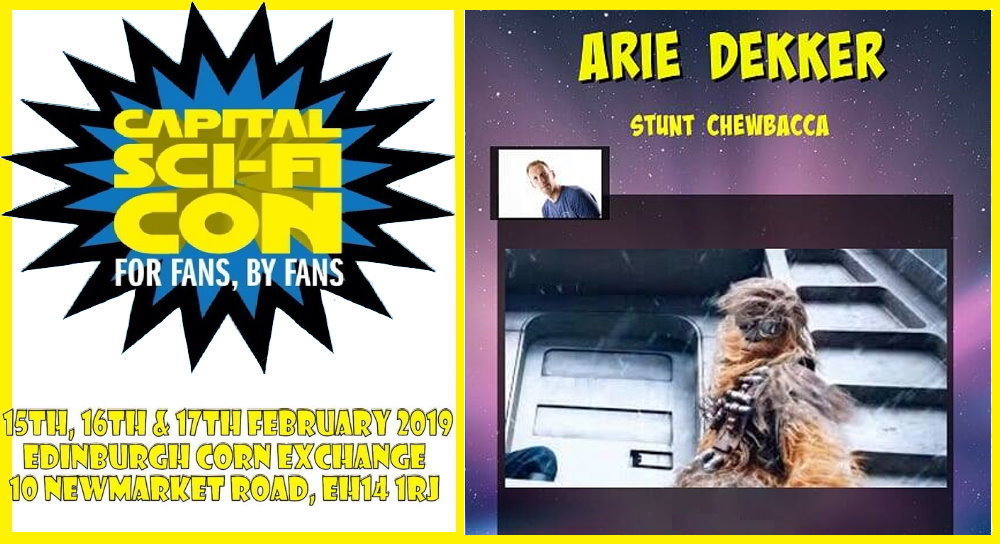 Capital Sci-Fi Con takes place at the Edinburgh Corn Exchange on 15th, 16th, 17th February 2019 and joining the event is a performer from Solo: A Star Wars Story. 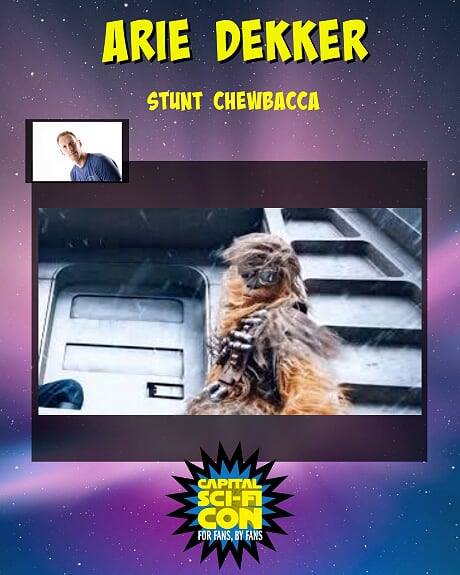 We are pleased to announce our next guest that will be attending Capital Sci fi Con 2019!

Arie Dekker is a British Actor and Stuntman, born on the Wirral, Merseyside. In his youth he was a talented sportsman, most notably a swimmer, winning medals at County, National and European competitions. Arie is best known for his role as Chewbacca’s stunt double in ‘Solo: A Star Wars Story’. At 6ft11 his physicality, high level of fitness and mental toughness made him an ideal candidate to truly showcase Chewbacca’s fighting skills and warrior lineage. Arie spent many months perfecting the movements of the character to ensure his performance matched seamlessly to Joonas Suotamo’s. Other credits include a stunt double role in the upcoming Amazon Original ‘Carnival Row’, as Chewbacca in a Nissan/Star Wars Commercial and again as Chewbacca during a European promotional tour that included an appearance at the Cannes Film Festival.

Arie will be taking part in our Panel Talks, Photo Shoots and will be joining us for Meal with the Stars on the Saturday where you can dine with all our guests.

Arie is joined by DJ Elliot, comic guest Nick Brokenshire and guests Katie Purvis, Angus MacInnes, Jimmy Vee, Annabelle Davis, Mike Quinn, Warwick Davis, Jerome Blake, Chris Parsons, Kiran Shah, Katy Kartwheel, Aidan Cook and Lewis Macleod. Fantha Tracks are there covering the show where myself and fellow Fantha Tracker Andy Lyth are stage hosts for the weekend, so be sure to say hi when you see us on the show floor.